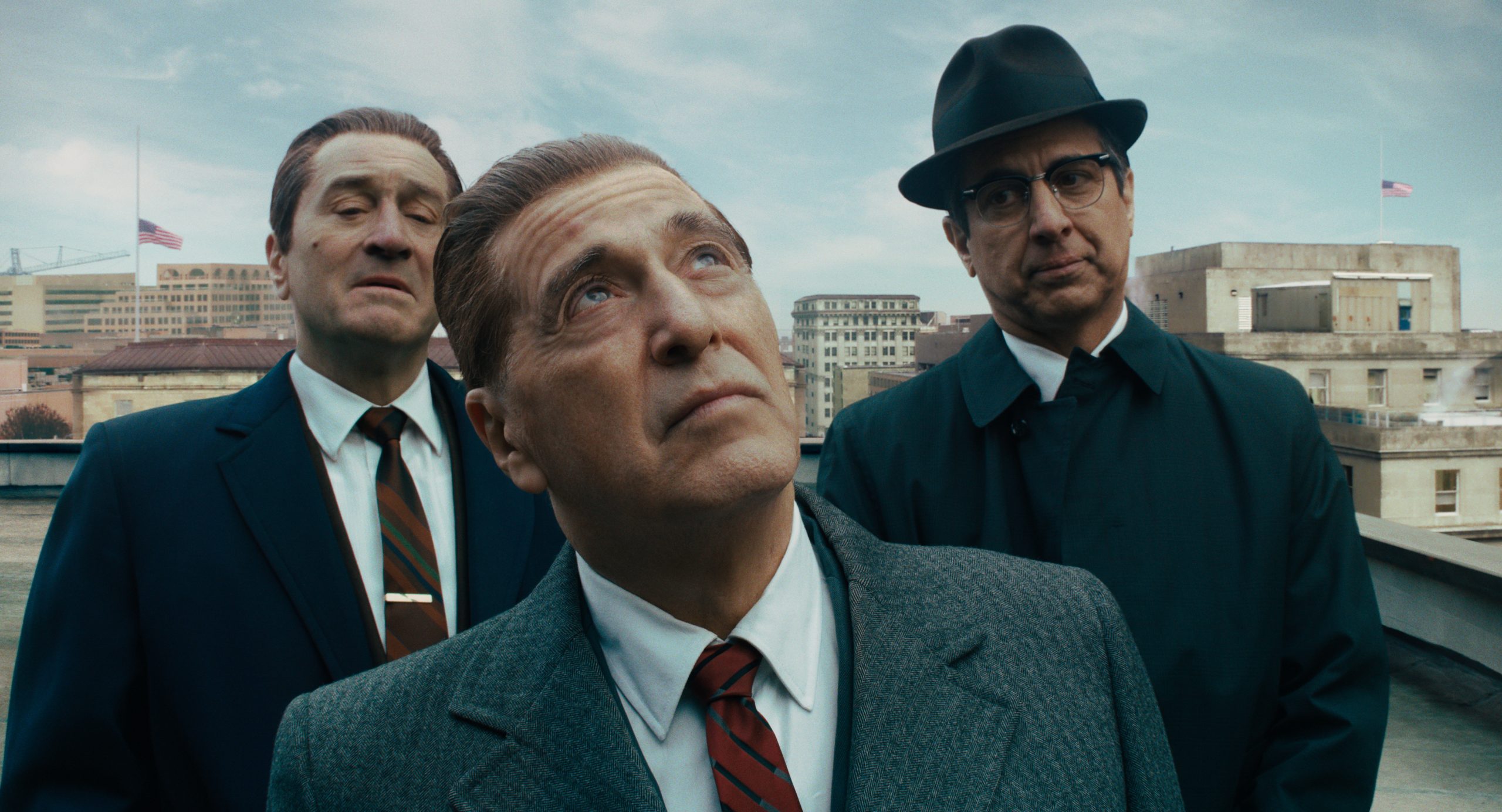 Who doesn’t love good crime dramas and crime flicks, crime films are based on true events or fictitious settings, but they give a sense of feeling that no other genre of the film can’t give. They have different subgenres of crime films like noir, gangster, yakuza, mystery, and suspense.

Some of the films are based on the novel of our favorite authors, like Agatha Christie, Arthur canon Doyle, etc. Here is the List of 10 crime films that you can stream now on Netflix;

The Irishman is an epic crime film based on a book I Heard You Paint Houses by Charles Brandt and is directed by the legendary director Martin Scorsese who is known for directing good crime drama film. It is easily one of the best films released in the year of 2019; It stars Joe Pesci as Russel, Robert, as Frank and Al Pacino as Jimmy Hoffa. It has a limited release in theatres in the US before heading over to Netflix to stream internationally on November 27. Joe Pesci came out of retirement to star in this film, and the de-aging tech was used to make them look younger.

Gone Girl Is a Phycological thriller based on a book by Gillian Flynn of the same name. It has Ben Affleck as Nick and Pike as Amy both husband-wife duo. It has elements of mystery and suspense thriller. Nick discovers one day that his wife has been disappeared, so he becomes a prime suspect. Pike praised her performance and got nominated for different awards.

Room is one of the best films of 2015; it stars brie as Joy, a 24-year-old girl who lives in a shed with her son being abducted by a kidnapper named old nick. Brie also got an academy award for her performance in the film. on the basis of her award; she also bags the role of Captain Marvel in the MCU.

Zodiac is the best of serial killer movies, with Woodward and Bernstein played by a cop and a cartoonist. It is based on California’s infamous Zodiac killings during the late 1960s and early 1970s; It is 12th in the List of the best film of the 21st century. It got praised for its screenplay and writing.

Pulp Fiction is regarded as one of the best films ever made to date; It was both commercial and critical success. Since its release, it has been reached cult status among the cinephiles, so it is a cult classic film. The duo of Samuel Jackson and John Travolta is the backbone of the film. Their acting skills and the directors writing and direction mixed made this film a classic.

Nightcrawler is a neo-noir film which tells the story of Lou played by Jake Gyllenhaal who is a thief, one day he sees a stinger recording something so he realizes that he can make money recording crime and sell it to a local news channel. The film was nominated for Oscars, and critics regarded it as one of the greatest films of all time.

7. The Place Beyond the Pines

The Place Beyond the Pines is a neo-noir crime film; it stars Ryan Gosling in a titular character like Luke, who is a stuntman gets in trouble when he chooses to become a robber to support her lover and child. It is an underrated crime film and considered to be one of the best-underrated crime films by film critics.

8. A Walk Among the Tombstones

The film has a plot that is like the old crime thrillers but tells in a way that you will stand after watching the whole film. It tells a classic tea of a detective played by Liam investigating the murder of Drug Lord’s wife. It got mixed reviews from both fans and critics, but it is a good film to watch.

It is a follow-up film to Breaking Bad the hit crime series. If you are a fan of the series, then this is the must-watch film for you. The plot of the film follows the story of fan-favorite Jesse Pinkman after the end of the series. Major characters from the series make a comeback in the film. Vince returns to direct the film, got praised for its direction and style of storytelling

It is a crime thriller film that is regarded as one of the best films of 2019 by the national board of review. Adam got praised for his performance in the film. The film grossed around 50 million USD making it its distributor A24’s highest-grossing film. Adam plays Howard Ratner, who owns a jewelry shop and is a gambling addict, so one day he sells a precious gem to pay off his debts. Now he has to retrieve this gem in order to save his family.