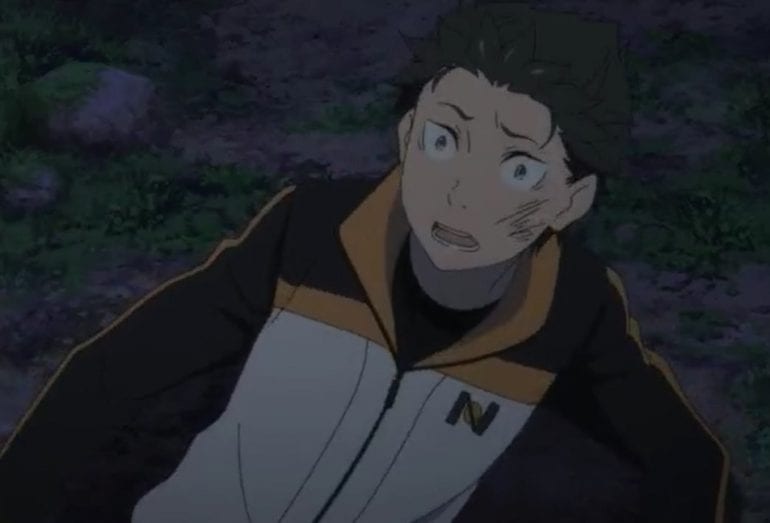 Re: Zero-Starting Life in Another World Season 2 Part 2

From the recent development, Suwen punches Subaru to stop acting like a tough guy around his friends. He yells at him to stop putting himself in danger, trying to protect everyone. Suwen advises Subaru that it is not wrong to protect the girl he loves. But he has to stop risking his life for everyone and do things on his own. He must try to ask someone for help. That someone is his friend, and Subaru realizes that he asked help from different friends and witches.

Subaru tries to act as if he is hot-headed and tries to fight back with Suwen, but he kept on being taken down. He then realizes that he was wrong. He gets ups and tries to explain, but  Suwen reminds Subaru that he never asks him for help. Suwen asks Subaru to tell him what has exactly happened, and they talked in private. Subaru visited Rowaal, challenging him on something. Roswaal is just surprised by the way Subaru budged inside the room.

Re: Zero-Starting Life in Another World Season 2 Part 2 Episode 409 Release Date and Recap

Re: Zero-Starting Life in Another World Season 2 Part2  Episode 40 will be released on Wednesday, 13 January  2021, at 10:30 PM. The latest episode of this anime will be released every Wednesday in Japan. The next episode’s spoilers are not yet released re Zero Kara Hajimeru Isekai Seikatsu 2nd Season Part 2. Enjoy watching this anime officially on Crunchyroll. Take a look at the following updates below.

Re: Zero-Starting Life in Another World Season 2 Part 2 Episode 39

He will stop Roswaal and all of his plans, and Roswaal asks Subaru if he will start over again. Subaru replies that saving them and starting over are two different things. He said that back then, he and Roswall were too arrogant thinking for themself. He remembers how he tried to protect everyone and the obstacle that they have encountered in the past. Roswaal asks Subaru what he wants from him since he said it is for the last time.

Subaru replies that his demand is simple if he saves both the Sanctuary and Mansion. Roswaal will have to throw that book and come with him, and he is going to make Emilia the new ruler. Subaru offers his hand, saying that he needs Roswaal’s help to do it. Roswaal tries to reason with Subaru talking about forging each bother for the pains they caused each other. Subaru explains that he can still solve everything since there is nothing deadly.

Roswaal said that how is he going to believe that everything will work. Subaru promises that Emilia will do her best to become the next ruler. Subaru adds that he wants Roswaal to be just on their side, supporting them. Roswaal realizes that Subaru expects to fulfill his desire without letting go of anything. Roswaal started wondering that Subaru includes him in the foundation for the future.

Roswaal is worried about his enemies, but Subaru said that the enemy had become the strongest card in play. Roswaal said that no matter how Subaru tries to fight this, he won’t break through this. With Emilia unable to stand, the barrier will remain. The Sanctuary will be covered in snow, and the mansion will sink into a bloody tragedy, but Subaru is not worried about anything.

Roswaal needs to agree to be on Subaru’s side. Roswaal comments that it will be good to prepare for the future for his new him. Subaru replies that he will take that as a yes, agreeing to their bet, and Roswaal said that everything is settled and he can get started. When Subaru is about to leave, Roswaal reveals that the snow in the Sanctuary and the mansion attack begin in three days.

He teases Subaru that he must try his best to fight it and fail miserably, and Subaru said he could say what he wants. Subaru said that he would fight the battle fair and square. Later, Subaru visited Emilia, lying on top of the bed, and Garfiel met with Suwen.

Re: Zero-Starting Life in Another World Season 2 Part 2 Episode 40 Preview

The latest updates of the upcoming episode will be added after the release of Episode 40. Make sure you visit us every Wednesday; they will be available as soon as the new episode is released. That was all about today’s post.