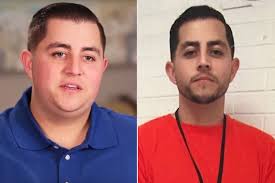 Jorge Nava, the reality TV star from the hit series “90 Day Fiance,” is to be released from prison soon after a voice message he recorded for his fans, earlier this month. Jorge Nava has been serving a two-year prison sentence for the felony of drug possession. In this article, we give you the latest on the reality star and his story of fame so far!

Nava plans on jumping right back into the show business once he is released after having spent two and a half years in prison after he was caught with 300 pounds of marijuana in his car in 2018. He and his estranged wife, Anfisa Arkhipchenko, is separated and plan to file for a divorce as soon as Jorge is out of prison.

Nava and Anfisa starred in the popular reality TV series, “90 Day Fiance,” as well as its equally popular spin-off series “Happily Ever After.”

In the coming weeks, Jorge is featured on the new limited mini-series “90 Day Fiance: Self Quarantined” where he is to document his life in prison during the current coronavirus pandemic situation and his life in prison isolation. This means that fans will be able to be in touch with him!

More About Jorge Nava In Prison

Jorge Nava has been receiving dozens of love letters during his stay in prison, but he has made it clear that he takes none of them seriously as he does not even know these women. He also says that while a lot of people feel like they are connecting with him, they are actually connecting with his portrayed self on television and not his true self.

However, he has gone on to say that the letters are keeping his spirits up for his eventual release and keeping him optimistic!

In more news, Nava has also lost a stunning 128 pounds since that start of his sentence through eating healthier and exercising healthier, he says! He plans to continue this lifestyle even after he lefts released.

Nava confirmed in late March that he would be serving Anfisa divorce papers as soon as he got out of prison. They are currently separated as she was not there for him when he needed her, and she was seen posting pictures with another man on Instagram – Leo Assaf – the former owner of a gentleman’s club in Los Angeles.

Jorge Nava started a new Instagram page, which is currently being run from the outside but will probably remain his main account once he is out as well.

When Is Jorge Nava Getting Released?

With fans eagerly waiting for him to return, Nava recently shared a message with his fans saying he will be seeing them “soon,” and though there has been no real date released, we can expect him to be out in May 2020 sometime as his sentence comes to an end.

In 2018, Jorge was arrested and sentenced to 2.5 years in prison after he was caught with 300 pounds of marijuana in his vehicle. While he felt like the sentence was too harsh, he is now almost done with it and seems to be emerging from it stronger than ever!