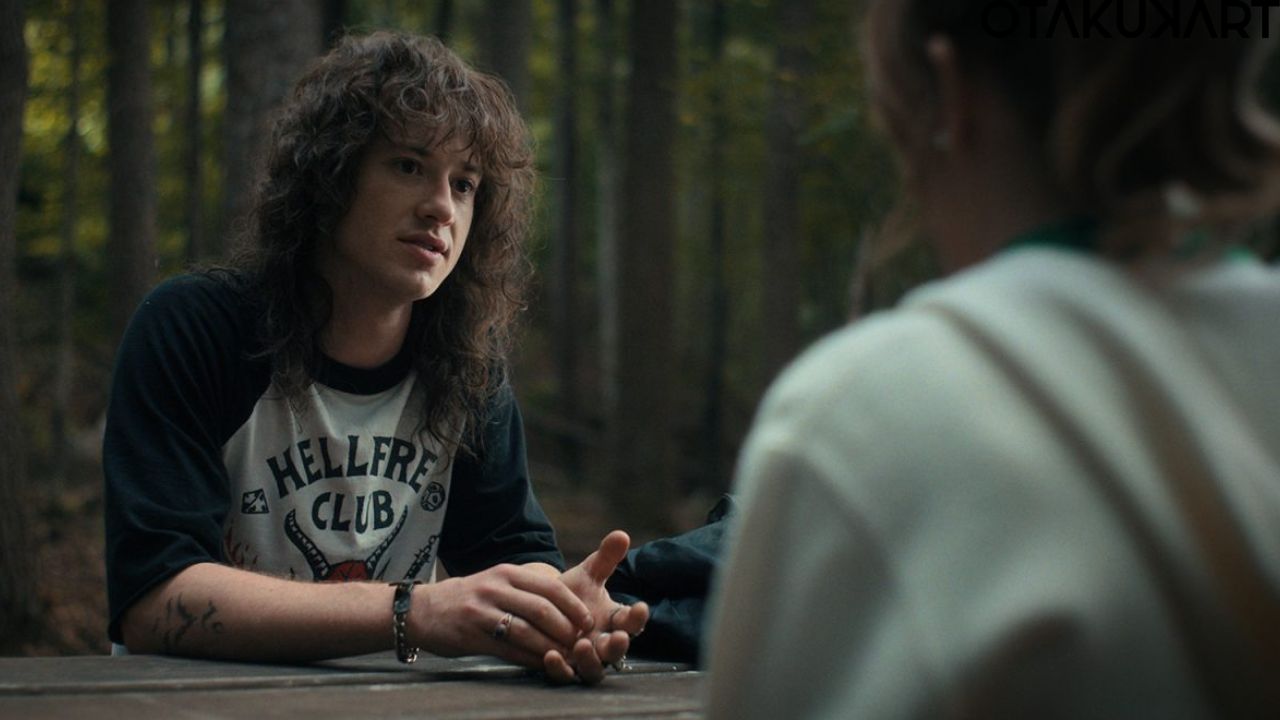 In the next section, we will be revealing What Song does Eddie play in Stranger Things Volume 2? Stranger things have become one of the most viewers, popular shows released on Netflix so far. Eddie Munson is played by Joseph Quinn.

What Song Does Eddie Play in Stranger Things Volume 2?

Should I tell you the answer now? Or should I make you wait? Eddie plays Metallica’s Master of Puppets in Stranger Things volume 2. So, now the answer has been revealed, go listen to the song now and enjoy its beats. Stranger things are loved by the fans so much that the fans are very curious about every song that is played in the series. The other song that is so much appreciated and listened to is Kate Bush’s Running up the hill.

Now let’s learn why Eddie plays the song? Eddie Munson along with Dustin his best friend stuck upside down. In episode 8 of Stranger Things, the group who was in Hawkins decided to kill Vecna on their own to save Maxine. On the upside also divided into small groups, Eddie and Dustin were assigned the task of luring deadly bats of Vecna to them and killing them off. So to lure them through sound, Eddie took his guitar and played Metallica’s Master of Puppets and lured the bats into the trap of killing them. 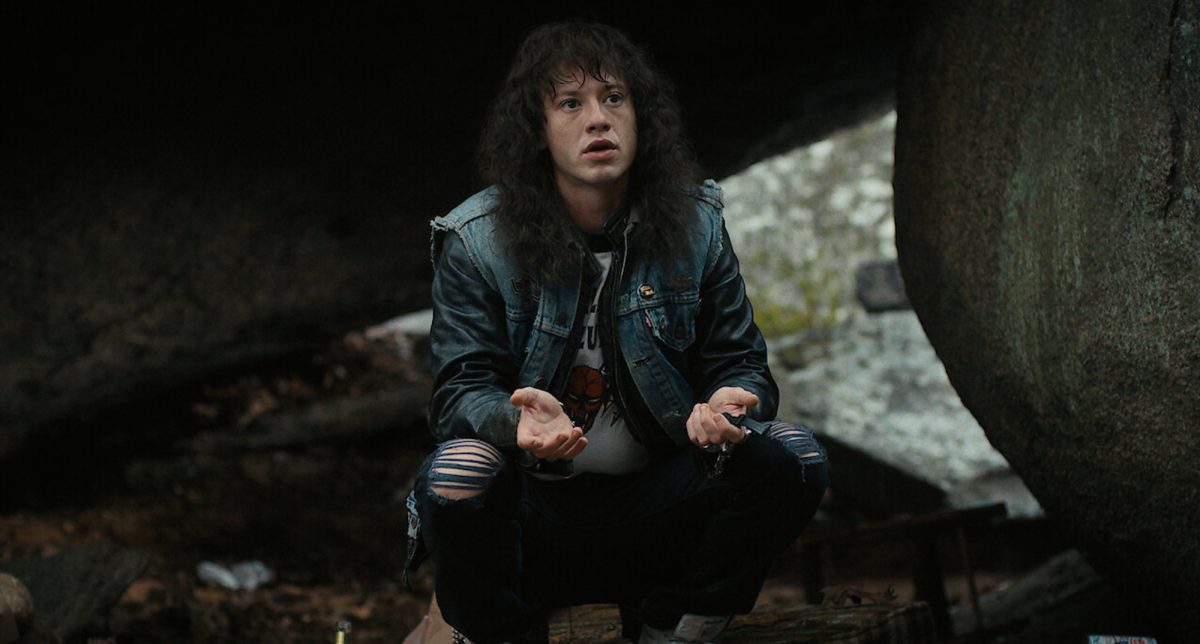 Eddie alone was enough to shake the whole upside down. When Eddie was about to start the song, he said that he was going to dedicate this to Chrissy. The song was released back on 3 March 1986. This is not the first song that got loads of love from the fans. Stranger things have such power over the fans that fans resist them from it.

Eddie was successful in his plan he lured the demo bats from the Vecna’s house to the trap set up by them. But to prove to himself that he doesn’t run away from problems he fought those bats. But unfortunately died of the hero’s death. Now that all the details regarding Which song Eddie plays in Stranger things Volume 2 have been revealed.

Let’s move on further with the next section.

The day Volume 2 of Stranger Things hit Netflix, fans have gone gaga over the series. And series of speculations and assumptions have been made regarding the next season of the series. Because the volume left us on a mysterious cliffhanger. Let us just talk through a synopsis of volume 2.

The 2 episodes that the makers of the series released were not enough for the fans. Fans are demanding more of the series and such that the new season has been renewed and will be released in February 2023. In the episode, 8 Papa aka Dr. Brenner was killed by the military who was searching for Eleven. Whereas the group Mike, Will, Jonathan, and Argyle went out in search of Eleven. Fortunately, El got his powers back through multiple experiments conducted by her Papa.

In the next episode, Hawkins’s group decided to kill Vecna and draw out a plan. While in Russia, Hopper and Joyce discovered some part of Upside Down being developed and saved and they decided to kill the Demogorgon present there. This will help in killing Vecna indirectly. But in the end, they succeeded or failed in killing Vecna can’t be interpreted because Vecna said that it was not over yet and yet again he will come back. But in the process, Max got killed, or maybe she went into a coma and the town of Hawkins got destroyed heavily.