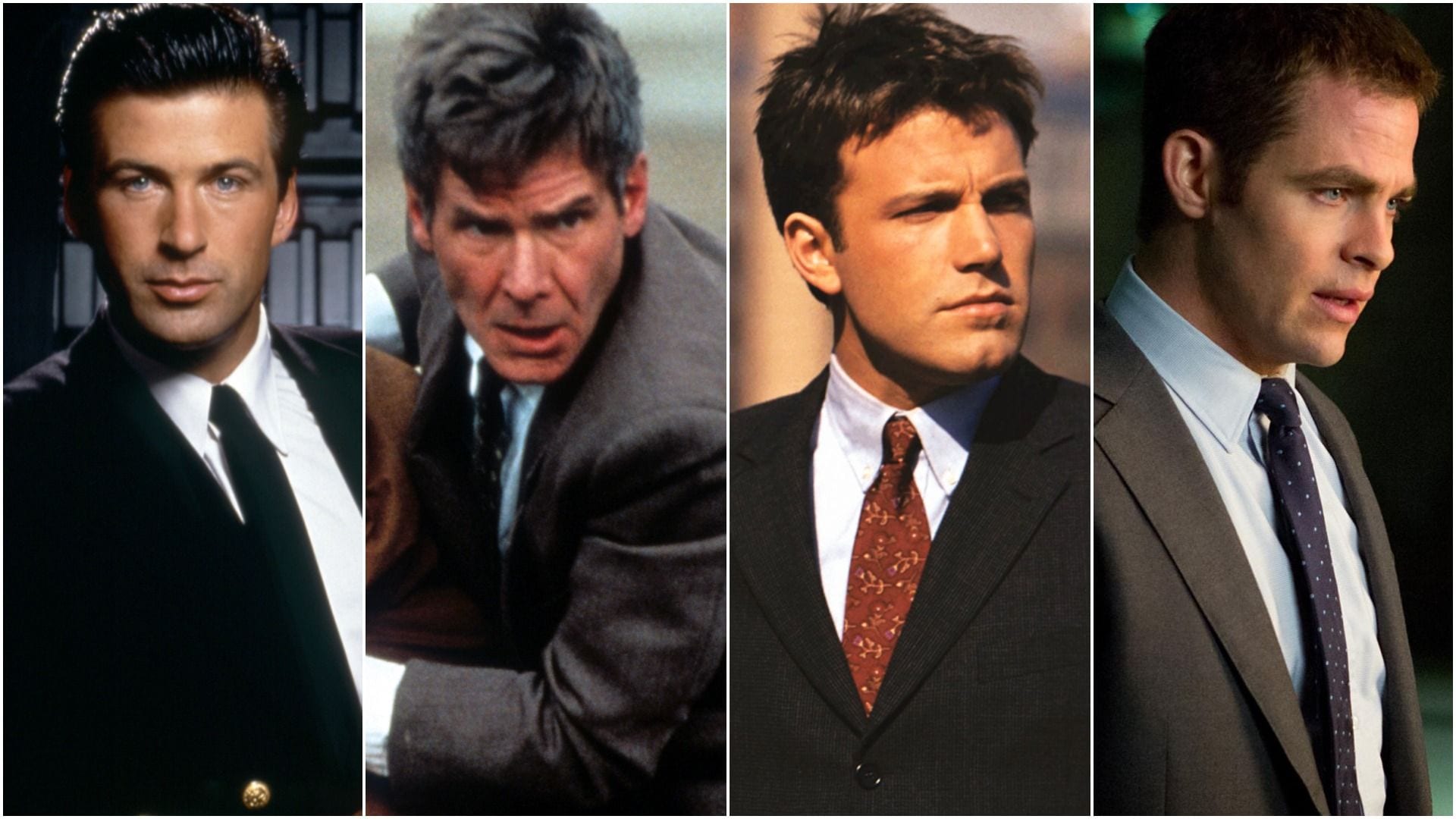 John Patrick Ryan commonly known as Jack Ryan is a fictional character created by Tom Clancy which was used in his Ryanverse novels. These novels always remained at the top of the bestselling novels category from the past three decades.

Later when these novels were adapted in the film series and television shows, the role of Jack Ryan was played by many actors and all of them have played that role in such a unique way that they were really appreciated by the audience. The first film in which the fictional character of Jack Ryan was shown in the film was ‘The Hunt For The Red October’ which was released in 1990.

After the death of the author Tom Clancy who originated the character of Jack Ryan, four other authors continued that franchise with the permission of Tom’s family. The recent release of Jack Ryan Television series on Amazon Prime Video has received a tremendous response from the audience and everyone is appreciating the creators of the Amazon Prime series throughout the globe. 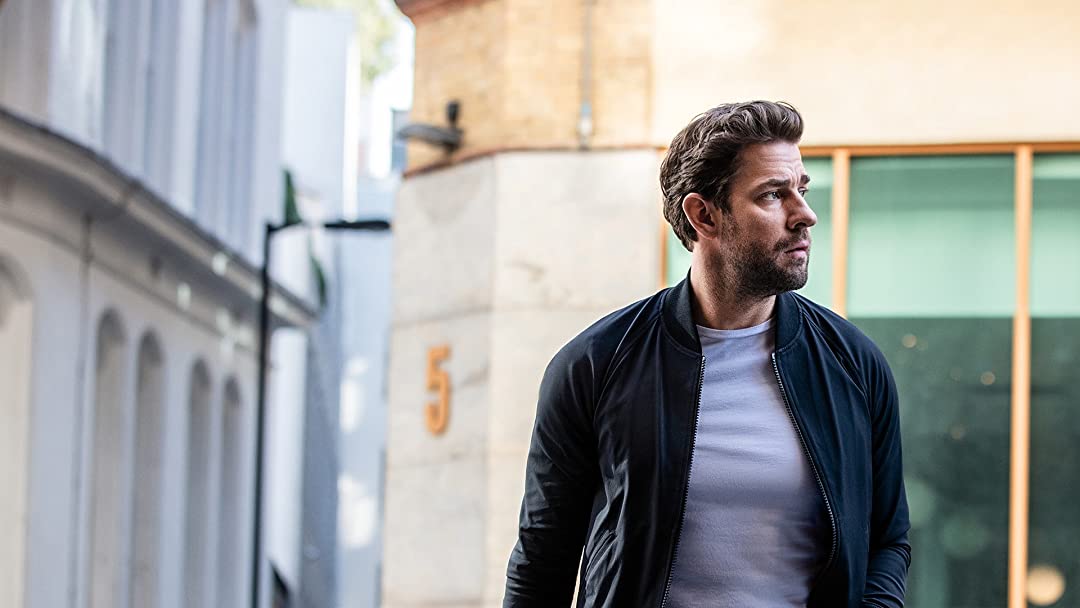 The fictional character of Jack Ryan was shown as the son of the United States police detective and a nurse. Ryan is shown as a former US Marine and a stockbroker who later became a history professor at USNA. He had achieved many posts in the US Parliament until he became the president of the US. Jack Ryan Film series has proved to be one of the most successful series of all time by earning millions of dollars at the box office.

In this post, I will be ranking all the five films of Jack Ryan Series according to the audience reviews, box office collections, critics rating, and on my personal views also. This post will be containing spoilers from all the films so be careful. Also, I would like to advise my audience to definitely watch all the five films as they were full of action and thrill.

The Hunt for Red October is an American submarine spy-thriller and action film which was released in 1990. This film has proved to be the best film in the Jack Ryan series and also the most profitable film of that time. This film was extremely liked by the audience and hence received the maximum points in the critic’s ratings.

It was directed by John McTiernan and was produced by Mace Neufeld. This film was the first sequel of the Jack Ryan series and was the adaptation of the novel with the same name written and created by Tom Clancy. This film has a lot of twists and doubts in the story which makes this movie more exciting for the audience.

The biggest doubt in the film was that; Will Jack Ryan convince the US military force that a Russian commander who is a bit dishonest and evil person is carrying a nuclear weapon and is secretly trying to destroy the United States.

This film has the most amazing and versatile actors in its star cast. Some of the actors who are playing a lead role in the film are Sean Connery, Alec Baldwin, Scott Glenn, James Earl Jones, and Sam Neill. Among them, Alec Baldwin is playing the role of Jack Ryan who is considered to be the best actor amongst all the actors who have performed the role of Jack Ryan till now.

This film also performed extremely well at the box office and collected a whopping amount of 200 million dollars at that time which is equal to billions of dollars of today’s time. This movie has a runtime of 141 minutes and each and every minute of the film was worth watching. Therefore, this film has taken first place in the list of best Jack Ryan Films. 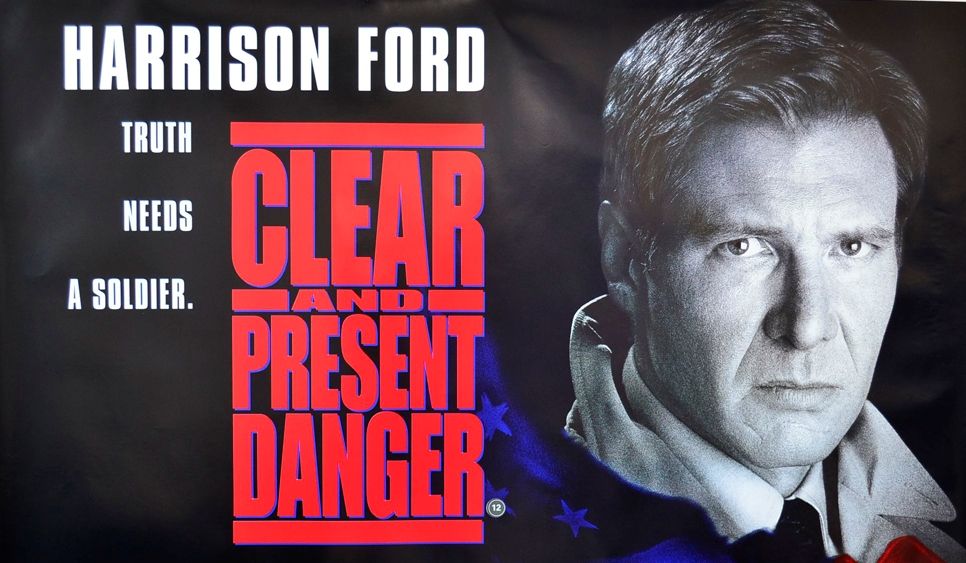 This was the third installment of the Jack Ryan series. Clear and Present Danger is an American action-thriller film that was released in 1994. This film was directed by Phillip Noyce and was produced by Mace Neufeld and Robert Rehme in association with Paramount Pictures and Mace Neufeld Productions.

The distribution rights of the film were owned by Paramount Pictures and it has a runtime of 141 minutes. Each and every minute of this movie was worth watching and thus this movie was very much appreciated by the audience and also received high points from the critics. The screenplay work of the film was managed by John Milius, Donald E. Stewart, and Steven Zaillian. This movie is also based on the novel with the same name that is written by Tom Clancy.

In the story of the film, Ryan was appointed as CIA Deputy Director and there he discovered that his colleagues are avoiding him or we can say he was kept in dark by them for conducting a huge war against the drug cartel in Colombia by the permission of the President of United States. This film stars Harrison Ford, Willem Dafoe, Anne Archer, and James Earl Jones in the lead roles. In this movie, the role of Jack Ryan was taken over by Harrison Ford who also did a good job but not as perfect as Alec Baldwin.

This was also a good sequel of the Jack Ryan series with an interesting story and next-level action. So, I would like to advise you all to watch this film as it can become one of your favorite films in this quarantine period. 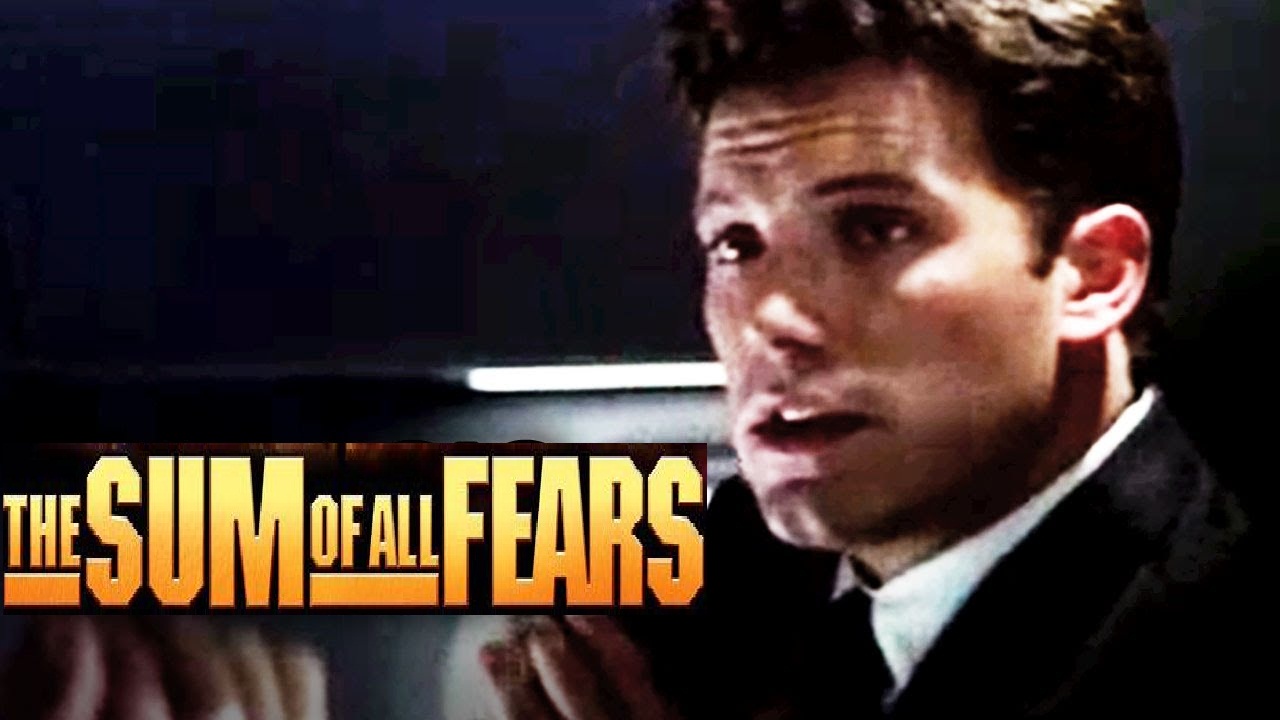 Although, this movie proved to be one of the most successful sequels of the Jack Ryan series by becoming a profitable film at the box office. Also, because of its interesting storyline, this movie received great applauds from the audience and high points from the critics. Overall, everyone was really happy after the release of this film as the creators earned a huge profit and the audience received a good story for their entertainment.

This film revolves around an Austrian Neo-Nazi who created a nuclear war between the USA and Russia so that he can establish his rule in Europe and in this movie Jack Ryan has to find a solution to stop the war between the two superpowers and create peace among them. It has Ben Affleck, Morgan Freeman, James Cromwell, Liev Schreiber, Alan Bates, Philip Baker Hall, Ron Rifkin, Bruce McGill, Richard Marner, and Philip Baker Hall as the lead actors who have given tremendous performance and hence were liked by all. This film was an American spy thriller film and has a runtime of 121 minutes. 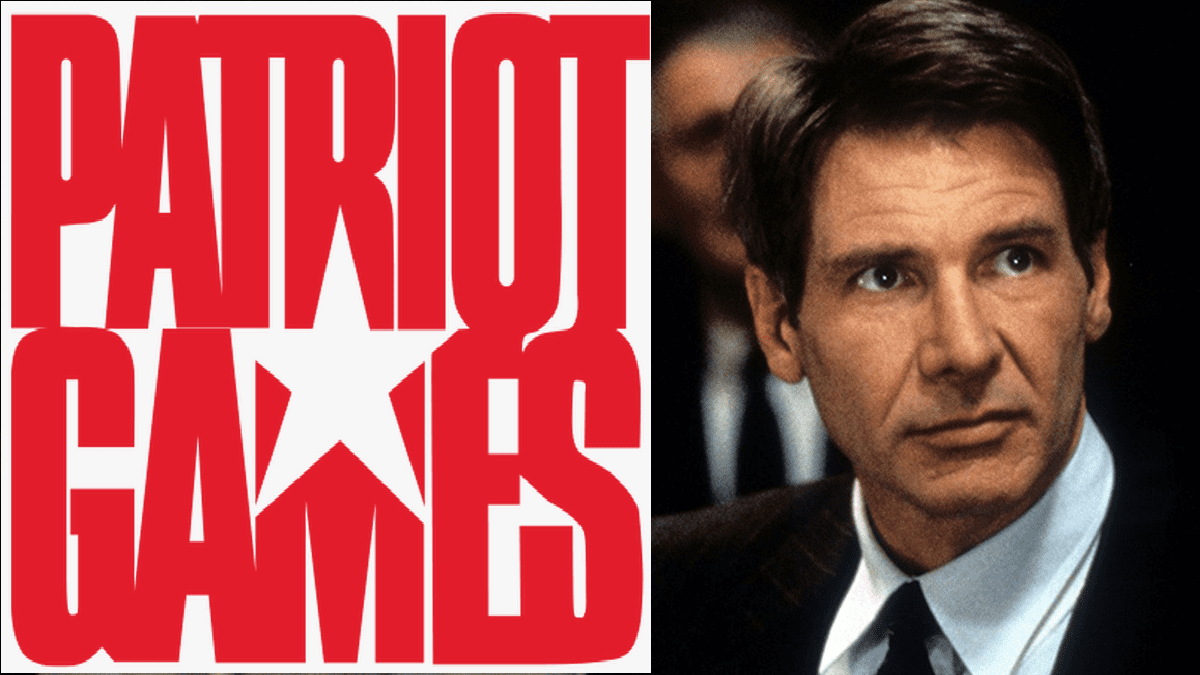 Patriot Games is the second member of the Jack Ryan series and it was released in 1992 with a successful runtime of 117 minutes. After the success of the first film of Jack Ryan series the creators eagerly wanted to adopt the other novel of Tom Clancy and release a new sequel as soon as possible.

But due to some personal issues and busy schedules of the star cast the movie delayed by two years. But after two years when all the issues between the creators were solved they cast all new actors for the second sequel and the role of Jack Ryan was passed to Harrison Ford. He also performed the role of Jack Ryan very well but he was not able to match the level of Alec Baldwin. This second installment of the Jack Ryan series was directed by Phillip Noyce and was produced by Mace Neufeld and Robert Rehme in association with Paramount Pictures and Mace Neufeld Productions.

The screenplay work of the film was managed by W. Peter Iliff and Donald E. Stewart. The distribution rights were again owned by Paramount Pictures. In the story, it was shown that the retired CIA analyst Jack Ryan went on a trip to London with his family for vacations but there he witnesses a terrorist attack on Lord Williams Home. This film has Harrison Ford, Anne Archer, Patrick Bergin, Sean Bean, Thora Birch, James Fox, James Earl Jones and Richard Harris in the lead roles.

This film also collected a good amount of money but not as much compared to the first sequel. It received quite low points from the critics and also received mixed reviews from the audience and hence, it has taken fourth place in our ranking list of Jack Ryan series. 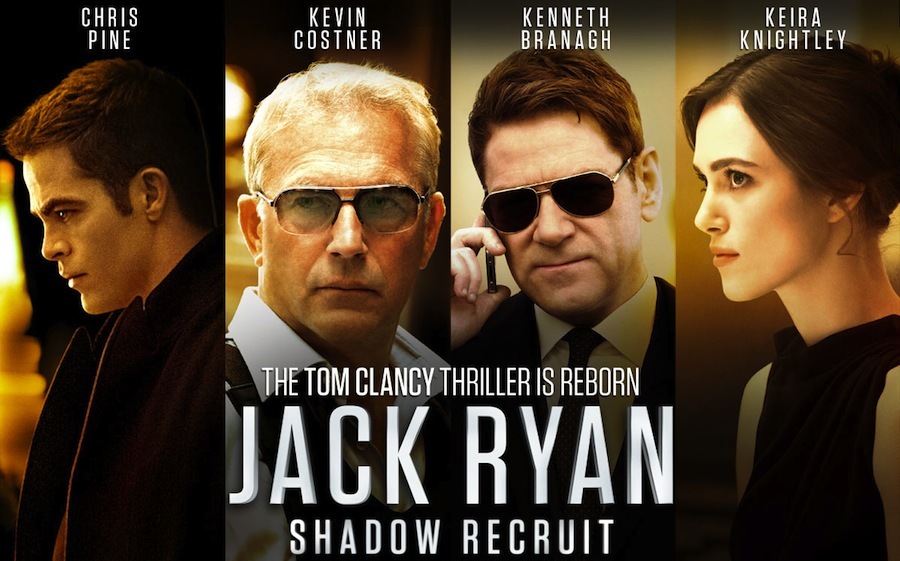 Jack Ryan: Shadow Recruit (2014) All The Lead Actors of the Last Sequel Of Jack Ryan Series and Poster of The film

Shadow Recruit, also known as Jack Ryan: Shadow Recruit, is the fifth and the last film of the Jack Ryan series which was released in 2014. It is also an American action-thriller-spy film which was directed by Kenneth Branagh and was produced by Mace Neufeld, Lorenzo di Bonaventura, David Barron, and Mark Vahradian in partnership with Skydance Media, Bonaventura Pictures and Mace Neufeld Pictures.

This film of Jack Ryan series was released after 12 years of the previous sequel and hence audience was expecting a lot from this film but the creators of the film failed to match the expectations of the audience and created a very boring film as per the viewers. Actually, this film was not an adaptation of any novel by Tom Clancy, as the creators made an original story which proved to be very boring. This time the story was written by Adam Cozad and David Koepp and they were trolled badly for their poor story lineup. Also, it was not successful at the box office and therefore it has taken the last place in our list of best Jack Ryan Films.

In the story, it was shown that after the 9/11 attacks, Jack who was studying in London School of Business became a US Marine lieutenant in Afghanistan where he met with an accident where his helicopter was shot down causing major injury in his spine. While recovering from the injury he got attention from a medical student and a CIA officer who recruits him. And like this story goes on and really it was very boring.

This film stars Chris Pine, Kevin Costner, Kenneth Branagh and Keira Knightley in the lead roles. From this film, Chris Pine takes over the role of Jack Ryan. This film has a runtime of 105 minutes but it was not worth watching.

This was all about the films of the Jack Ryan series from my side. I would also like to know which movie you liked the most so surely comment down your answer in the comment box below. After the films, the Jack Ryan tv series was also launched which was quite successful and was loved by the audience. The recent series which was released on Amazon Prime was a big superhit and was really appreciated by the audience. For more updates like this stay tuned to Otakukart.