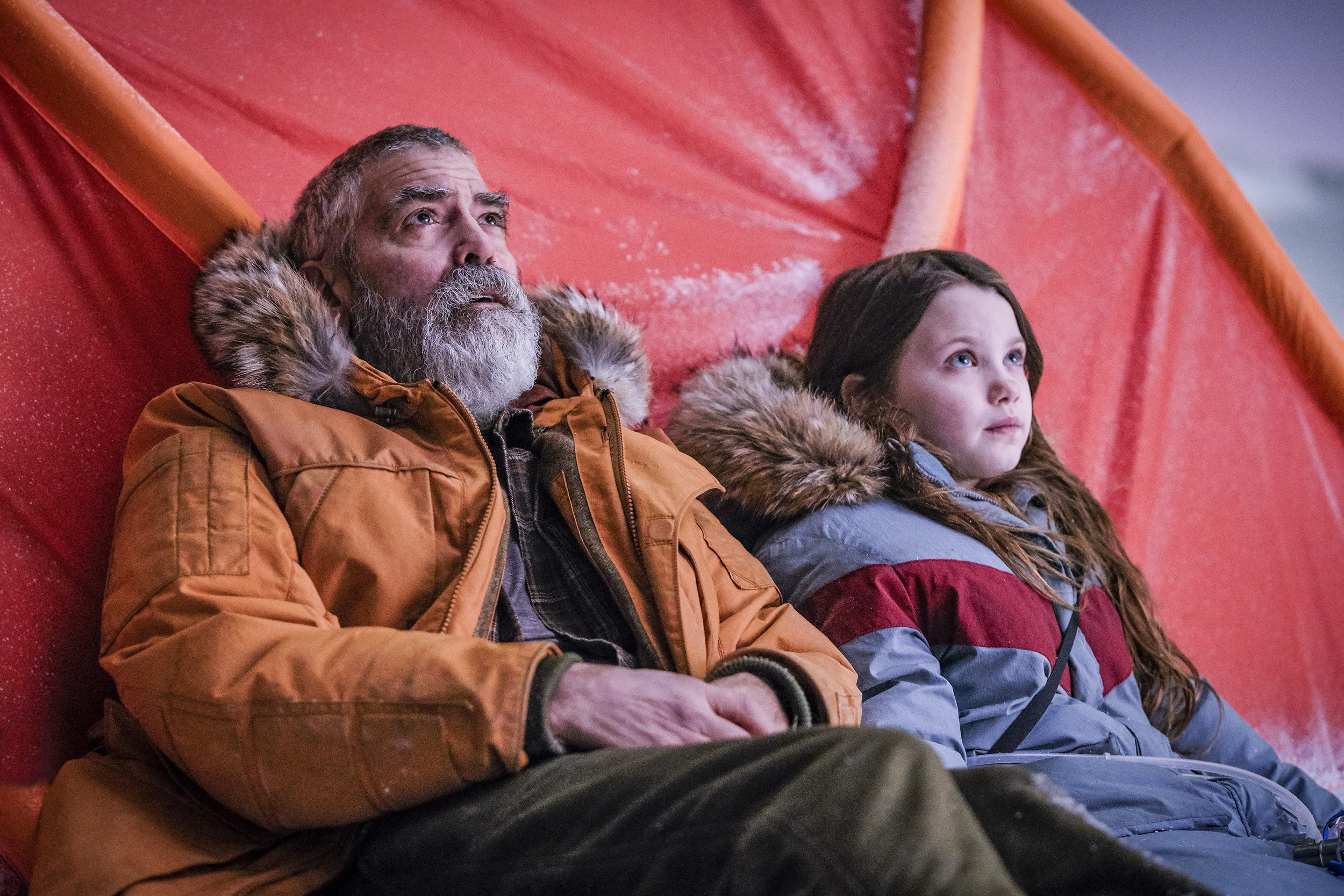 We all love our main man George Clooney, so a film where we see Clooney directing and acting is going to be epic. Midnight Sky is a movie that is directed by the star, he also plays the main protagonist. The Midnight Sky is a science fiction movie based on the book Good Morning by Lily-Brooks Dalton. The movie had a limited theatrical release considering the pandemic on December 11, 2020. After that, it was released on Netflix.

The movie gained mixed reviews from all over, most of them leaning towards positive. The National Board Of Review recognized it as one of the ten best movies of 2020. 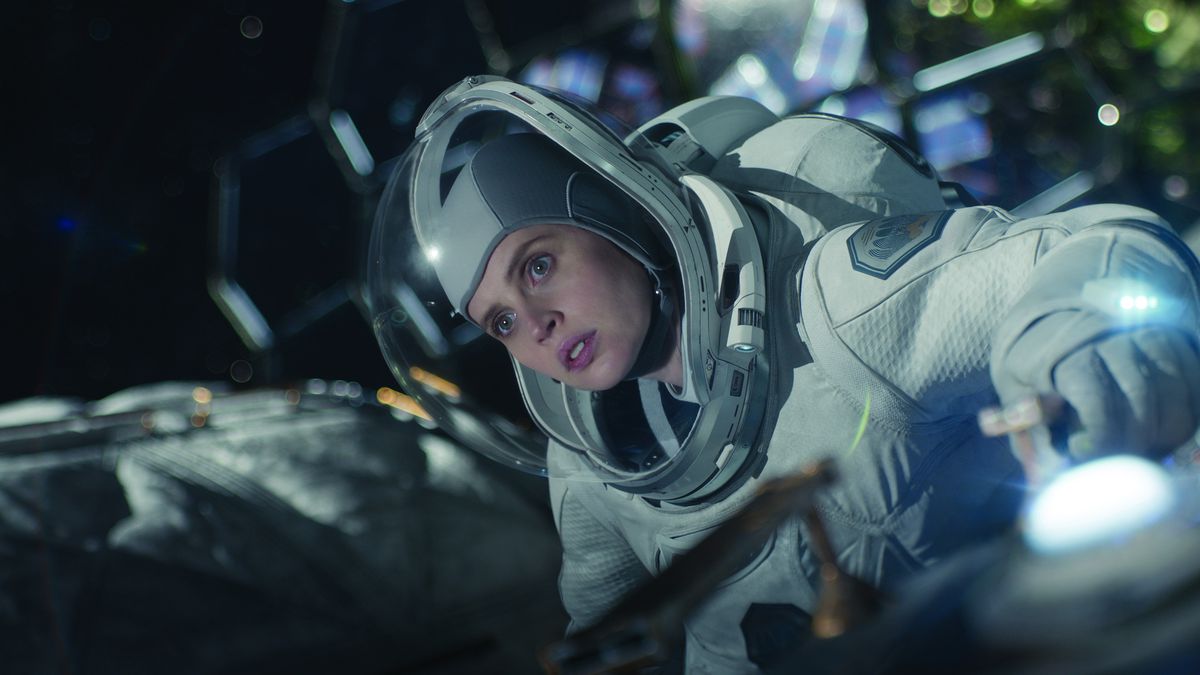 The film was announced back in 2019. Another fact about the movie was that Felicity Jones became pregnant after she was cast in the movie. But rather than using a body double, Clooney decided to rewrite her complete character from the ground up.

The shooting took place in different countries, from England to Iceland. Some of the scenes were even shot in winds up to 50km/h. George Clooney had to lose almost 25 pounds for his role. The movie was shot in amazing cameras with the objective of screening it in IMAX theatres. But the pandemic foiled all of that.

Augustine Lofthouse, played by George Clooney has spent most of his life working to find other habitual planets for humankind. his work has been accepted worldwide and is believed to carve the way for the future.

When we say he spent most of his life we mean it. He overlooked every other aspect of his life including his wife. He met his wife Jean Sullivan at a gala where he gave a presentation. he talked about a mon K-23 which has shown great potential to sustain human life.

Jean impressed by what he talked about, approaches him after his presentation. The 2 end up talking and strike up a romantic relationship. But we see a few years down the road the relationship isn’t doing that great because of his massive obsession with work. jean ends up leaving him without telling him about the fact that she was pregnant.

He later meets her and then she finally breaks it to him that she was pregnant and now they have a daughter. he chooses not to meet her and the both of them part ways.

It’s the year 2049 and humanity has been almost wiped off from the face of the world. An Arctic base is being evacuated and we find an old Lofthous there, he refuses to go with them as he is suffering from some kind of illness and it’s for sure that he would die fairly soon.

A ton of space missions was carried out over the years to find habitual planets, now alone at the base Lofthouse looks for any active space crews that are currently on that mission. He wants to find any chance of such crew shuttles still active and wants to warn them about the situation back at Earth. He finds only one, Aether.

Aether’s target was K-23, Jupiter’s habitual moon which was the exact one Lofthouse had found. Seeing them as the only active ones he tries his best to get into contact with them but to no avail. He summarizes that this is because his satellite is too weak, he needs something more powerful.

One night a kitchen fire starts and Lofthouse scrambles to put it out. after successfully extinguishing the fire he finds a girl there who was forgotten during the evacuation. he tries to contact anyone that is left but no one seems to be answering. there is no option but to take care of the child. 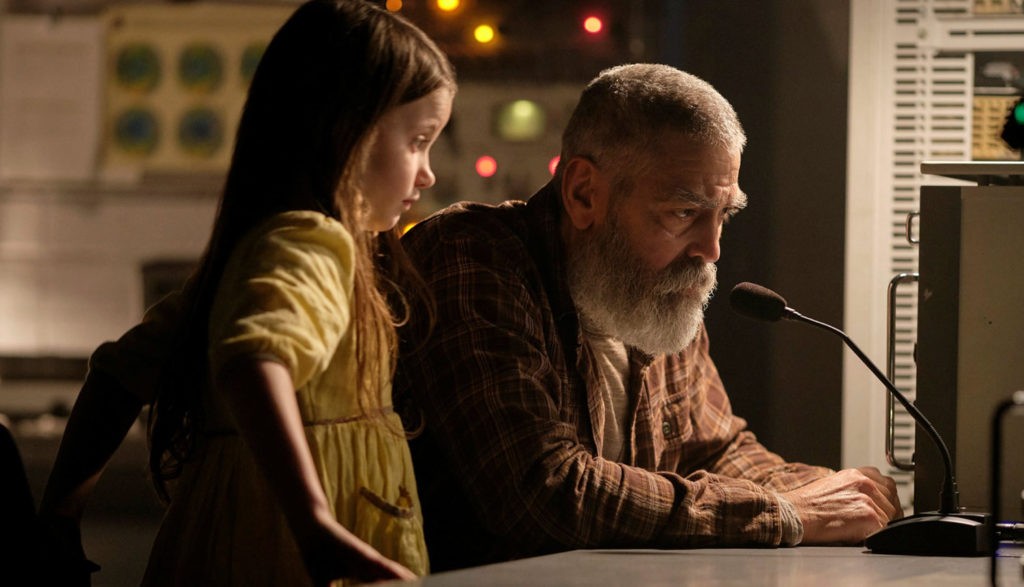 The child doesn’t seem to be talking no matter what Lofthouse does. But she communicates to him through drawing, she draws a picture of the Iris flower indicating to him that her name is Iris. With her, he makes a plan to move to a base up north, a weather station that has a much more powerful antenna that can easily contact Aether.

On his way to the other base, he loses the equipment that has been keeping him alive for so long. Now he is aware of the fact that he doesn’t have long to live, but he is adamant about communicating with Aether as they seem to be the last hope humanity has.

he somehow makes it to the base and can communicate with the ship. but most of their first transmission is cut off because of some issues the ship is facing. Up there on the ship, they do a spacewalk to fix the issue but one of the crew members ends up getting killed in an accident.

they fix the issues and Lofthouse brings them up to speed on what has happened. He tells them that there is no hope left for Earth and the best possible move for them is to head back to K-23 and start a new life there, this seems to be the only way humanity can survive.

2 of the crew agree and the other members decide to head on back down to Earth no matter the consequences. They have some personal issues to attend to.

The movie ends with a twist where it is revealed that one of the crew members Iris, who Lofthouse has been talking to all along is his daughter. but Lofthouse knew this all along and is happy that he finally got to meet her. Then it is evident that the little girl is just a hallucination of Iris his mind had made up.

Iris is one of the 2 who is heading back to K-23. Lofthouse is happy that he was able to meet his daughter and that she would carry forward his life’s work and would save humanity. His final moments are shown and the credits roll.

The movie honestly did not do wonders when it hit theatres. Keep in mind it was just a limited release, it is completely a Netflix film. But looking at the theatre response the movie was 17th in the Netherlands on the opening weekend and it was 4th in South Korea.

Talking more about the review response, the movie didn’t do great nor did it do bad. It was a refreshing and fun story, especially with very few new films releasing these days. Being able to see such a good looking movie was a very nice experience.

But people still disliked the fact that it didn’t have much of a gripping storyline. When it comes to science fiction movies, the storyline takes priority. If it was a romantic comedy or an action thriller, we wouldn’t care much for the story.

But for science fiction, we need a gripping and addictive storyline. The Midnight Sky fell short in that aspect when compared to other similar movies from the genre. 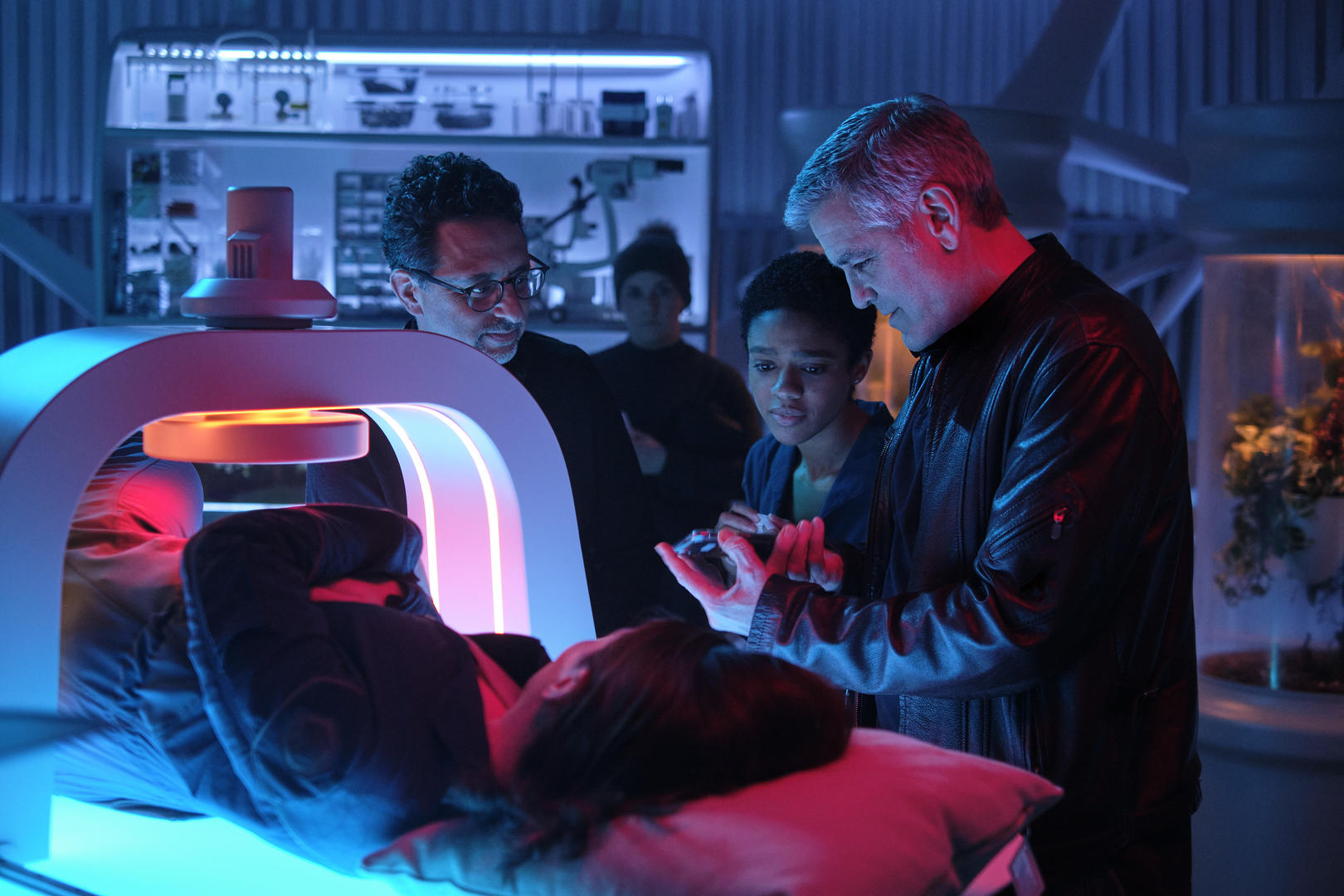 Almost all of the reviews had one thing in common, they talked about how the movie isn’t perfect but it is very much worth the watch. That’s all we need to know, it isn’t in any way a bad movie. The visuals, the performances are all stunning. With times like these where we are scavenging for movies and TV shows to keep us sane, The Midnight Sky is a perfect watch.

The movie features some amazing visuals as we mentioned. From the space sequences to the scenes set in K-23, it’s just so well done. George Clooney also puts up an exceptional performance that you have to experience.

The movie featured an amazing cast.

Let us learn a little more about the main man behind The Midnight Sky.

Geroge Timothy Clooney is one of the biggest Hollywood actors, director, screenwriter, and philanthropist. He has won 2 Academy Awards and multiple Golden Globes for his work in the industry.

His breakout role could be considered as his Dr. Doug Ross character from ER. The character became so popular, the show was also one of the biggest ones in that period. Clooney started getting many roles in movies when people started to take notice of his character in ER.

His big break into Hollywood movies was in From Dusk Till Dawn which was released in 1996. Clooney officially fixed his position in Hollywood with his casting in Oceans 11, a comedy heist movie.

The Oceans movie started a trilogy and became a cult classic in no time. At that time it was one of the few films that had such a huge cast of top-end actors. Everyone just fell in love with the movie and it went down in history as one of the best trilogies.

After that Clooney made his Directorial Debut with a biographical spy comedy called Confessions Of A Dangerous Mind. After that, he went on to direct an array of movies. Some of them are Good Night, And Good Luck, Leatherheads, The Ideas Of March, and many more.