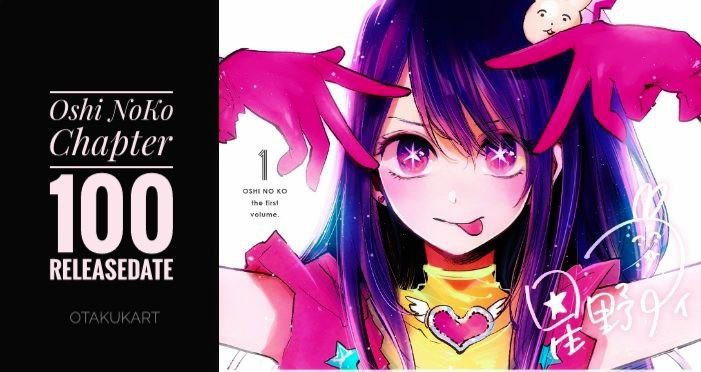 The release date of the upcoming Oshi No Ko Chapter 100 is right around the corner, and fans around the world are really excited to know what is gonna happen next in this beautiful comedy and drama manga series. Oshi No Ko, also known as My Favorite’s Child, is a Japanese manga series written by popular manga artist Aka Akasaka.

Yes, the same man who is also behind the famous rom-com manga series Kaguya-Sama Love Is War, while the series is illustrated by Mengo Yokoyari, who is popular for his work in Scum’s Wish. Oshi No Ko is not like the other works of Akasaka, there is definitely romance in there, and you will find a few moments you can laugh at here and there, but those are mostly sidelined for the actual drama and plot of the story. Let us quickly find out more about the story and characters of the manga before jumping into the Oshi No Ko Chapter 100 release date.

What Is Oshi No Ko All About?

The story of Oshi No Ko follows the lives of two children of a famous idol known as Ai Hoshino. The two kids’ names are Ruby Hoshino and Aquamarine Hoshino, but one interesting thing about them is that they remember all of what happened in their previous lives. 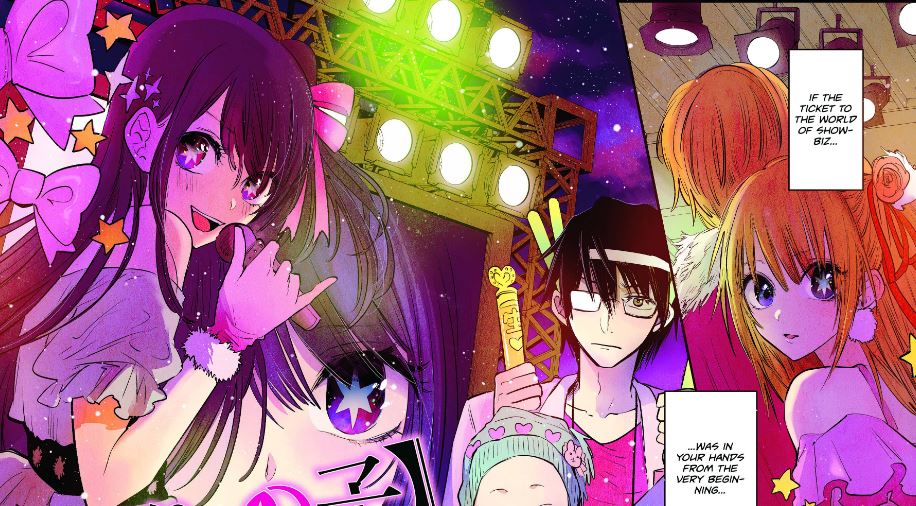 Ruby was probably the sick patient who couldn’t get any taste of the outside world due to her condition and used Ai’s performances to escape that until her own death. On the other hand, Aqua was a doctor who actually took care of this girl and grew quite attached to but later.

After her death, he had to take care of Ai in secret when he discovered that she was giving birth to twins from an unknown father, who was also a big fan of Ai before this. Shortly after realizing this, he is killed by a stalker and reincarnated as his son Aqua.

Some later events follow that change the course of these twins’ lives forever, and the story follows these two as Ruby tries to become an idol like her mother while Aqua heads into the acting business under the guidance of a director. This is as well in the footsteps of his mother, but he has a more deeply rooted reason and much, much darker motivation for this than it simply being his dream.

One major concept that is explored throughout the story is, of course, the entertainment business, and while the two main characters are on the path of idols and actors, the manga sheds light on pretty much everything from youtube, manga, theatre, music, filmmaking, and many other things. Not only does it explore all of these things, but it explores them in a very realistic and accurate way that shows both the greater and darker side of being an entertainer. From scandals to stalkers, it covers pretty much everything, and it covers it well. The way it explores this world is entirely different from our own perception of the media makes the story feel very real.

This was all about the plot and characters of the manga. Let’s jump into our main part, Oshi No Ko Chapter 100 release date.

When Is Oshi No Ko Chapter 100 Release Date & Time?

Where Can You Read Oshi No Ko Chapter 100 Online?

MangaPlus is the primary and official distributor of Oshi No Ko Chapter 100, so you can easily read the upcoming and old chapters of the manga by visiting MangaPlus. MangaPlus provides the first and last five chapters of Oshi No Ko free of cost, but you have to pay for the rest.