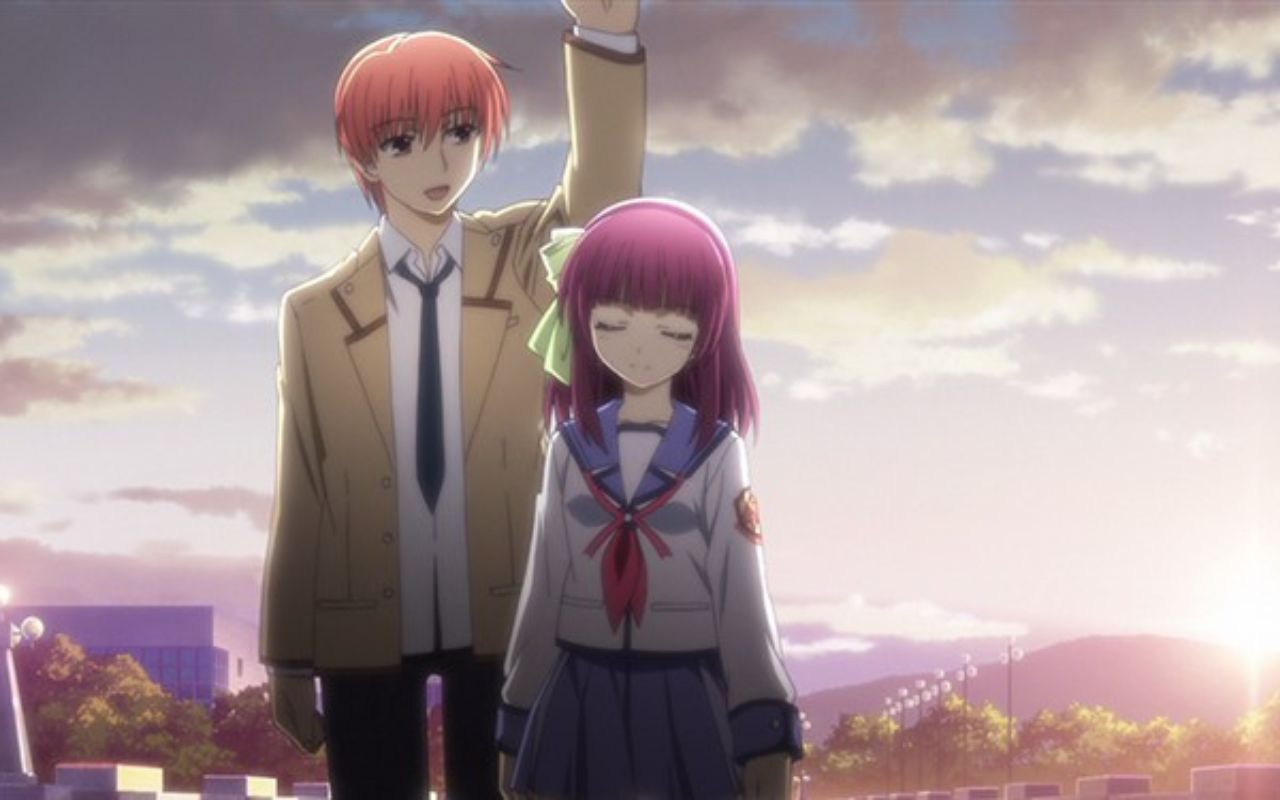 It’s lovely to see the cute anime couples having their moments with each other. I sure do enjoy it! Watching them spending time with each other and building a strong relationship with time, feels kind of relatable. Today, anime isn’t the source of passing the time, you and I are connected to these characters. In some of the anime, we have been watching them for many years and their characters feel like friends to us. It’s obvious to feel the connection and get indulged in the mixed relationships, many couples are having in these anime.

Today, I brought to you the list of anime couples that is entertaining me for a long time than I can remember. I hope you enjoy reading about these couples and recommend you to watch them yourself. Let yourself fall in deep love with these characters and become a part of their twisted love story.

It’s a quite funny couple but also with a dense relationship. The Dragon Sin of Wrath Meliodas meets Elizabeth the princess of Lioness on her quest to find the seven deadly sins to save her kingdom. Meliodas was the caption of seven deadly sins and the first sin Elisabeth encountered. Meliodas agrees to help her and joins her to gather the other sins further. Along the way, they fall in love with each other. 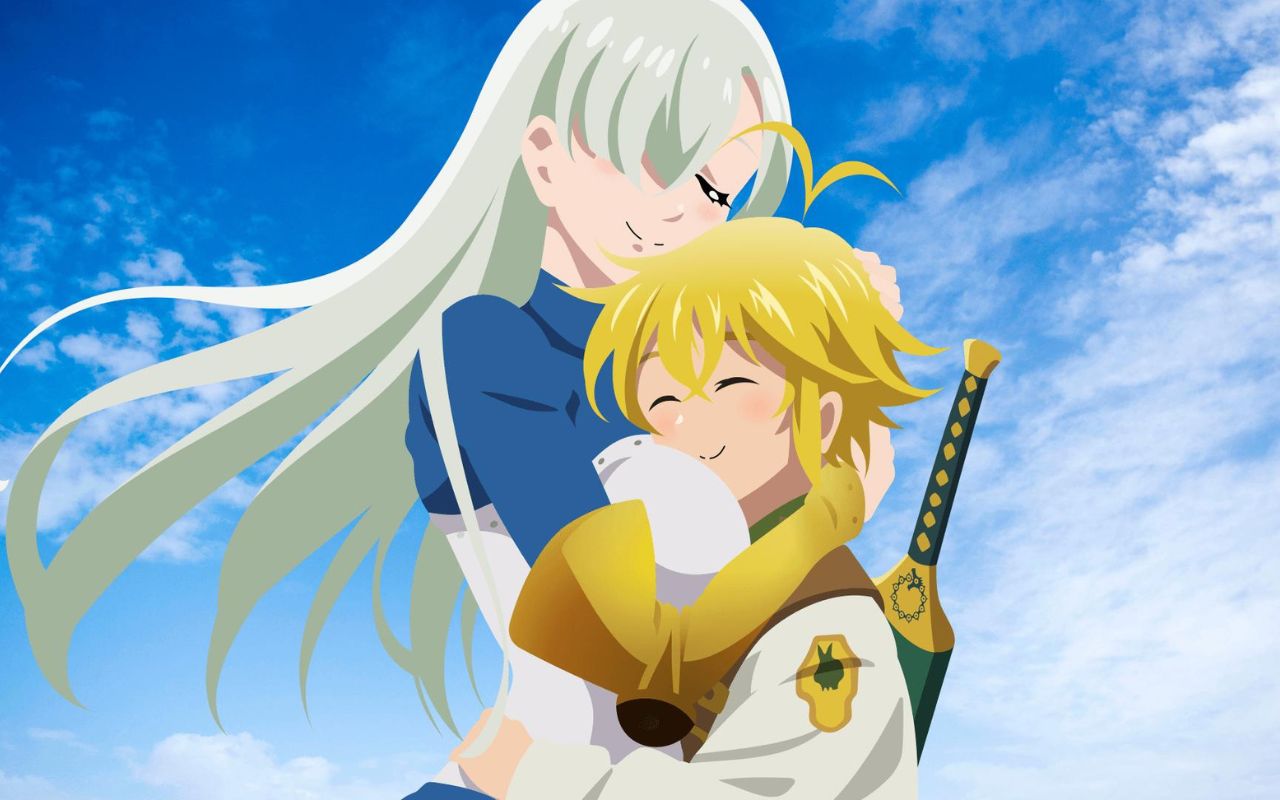 But the part I like the most is when Meliodas reveals his sin. He was cured by his father and was witnessing her lover Elizabeth’s death time and time again for the last 3000 years! Meliodas, unable to break the spell is bearing the burden of her lover’s every reincarnation until they finally kill the Demon king and break the curse. They lived happily ever after. I personally love the story of this anime couple and highly recommend you to watch this anime.

Every Naruto fan, including me, has witnessed Hinata’s pure love for Naruto for the last many years. Hinata and Shikamaru (in the kid’s circle) were the only ones who saw naruto as he was at the beginning of the anime. Everyone grieves against the Nine-Tails for destroying their village, which was reflected upon Naruto for being the Nine-Tails Jinchuriki. Hinata was the successor of the Hyuga Clan and was always covered with self-doubt about being the worthy successor. 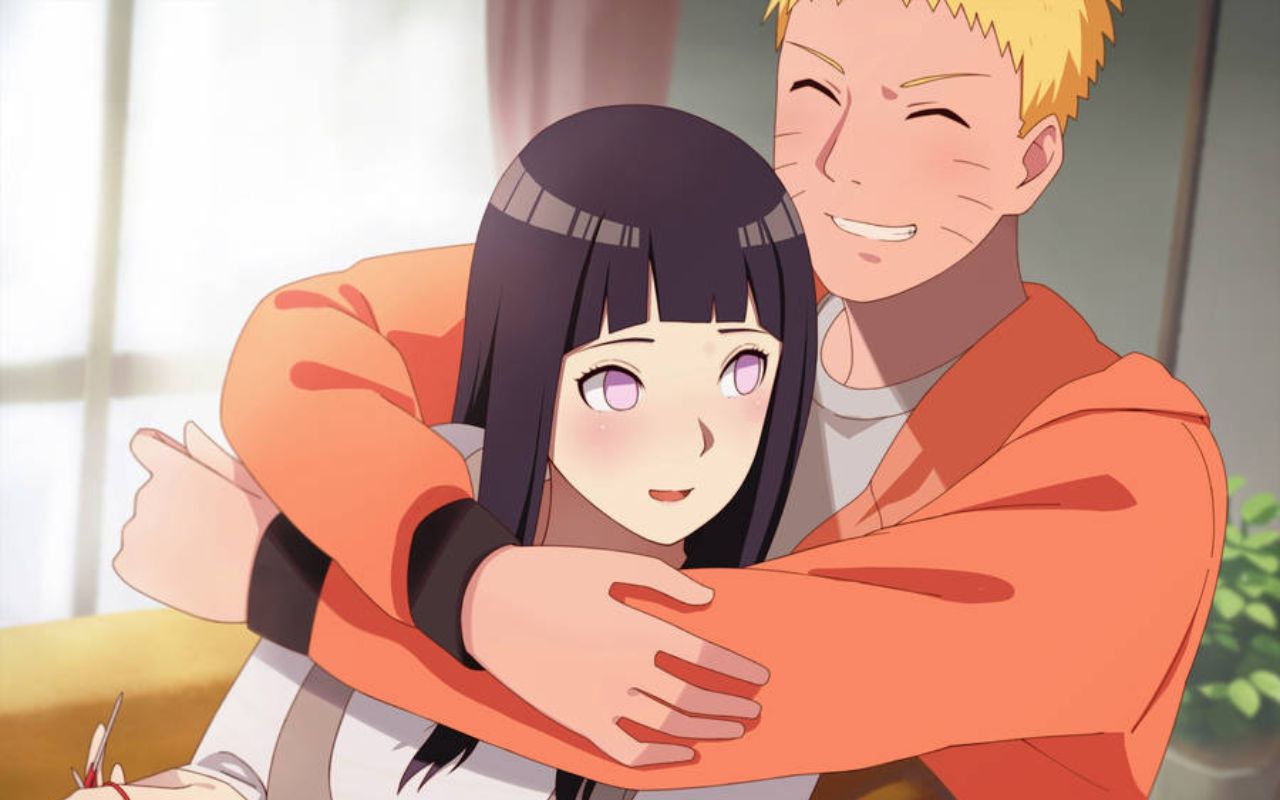 Naruto’s strong will and dedication always inspire her and take her out of her self doubts. Naruto being ignorant of the obvious indications of Hinata’s attraction toward him figures out this fact late in the storyline. But it’s always interesting to see Hinata blush when every Naruto’s name was even brought up in a conversation. After sharing many harsh and painful movements they recognized their love and married each other eventually.

ALSO READ: What Episode Do Naruto And Hinata Get Married? All About NaruHina Ship

I love to see Full Metal Alchemist for the action sequences and storyline but there is much more to it than that. Edward and Winry are also cases of childhood friends becoming lovers. They were childhood friends and even went to the same school. The Elric brothers only have Winry and her grandmother in place of their family. Also, they were the only ones to supply the legs and arms to Edward. It’s so much fun to see Edward and Winry having fought on small but significant things that make their relationship deeper. 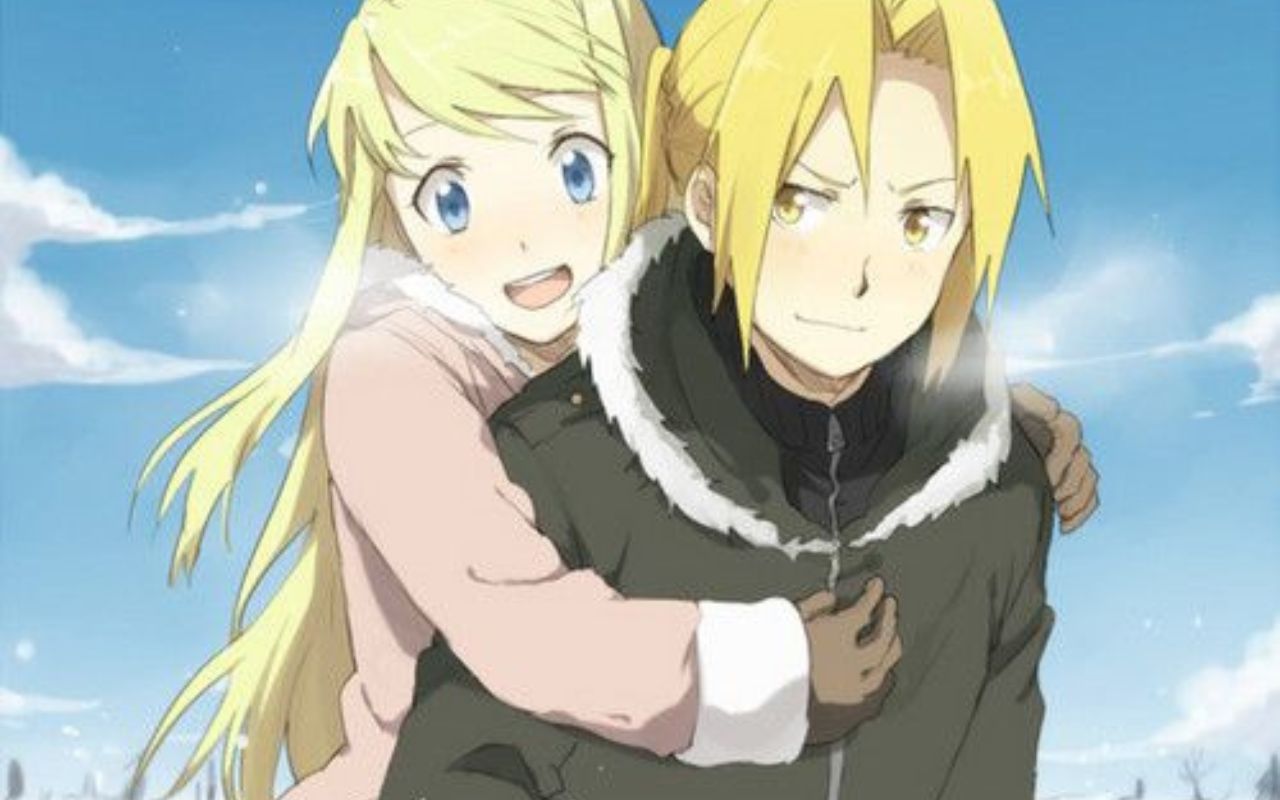 They were the true companion if together or not. They always take care of each other and help each other whenever they can. On top of that, they know each other inside out due to their long relationship. Seeing this cute couple growing and falling in love is truly adorable. In the end, they also get married to each other and lived happily with their friends and family.

ALSO READ: 20 Fullmetal Alchemist Facts That You Should Know

There is no one-sided love in this one, they were both attracted to each other from the beginning. Ochako was the first friend Izuku made on his first day at UA High School. Midoriya never talked to any girl before and was only attracted to Ochako. They are true friends and understand each other, inspiring each other to reach their full potential. 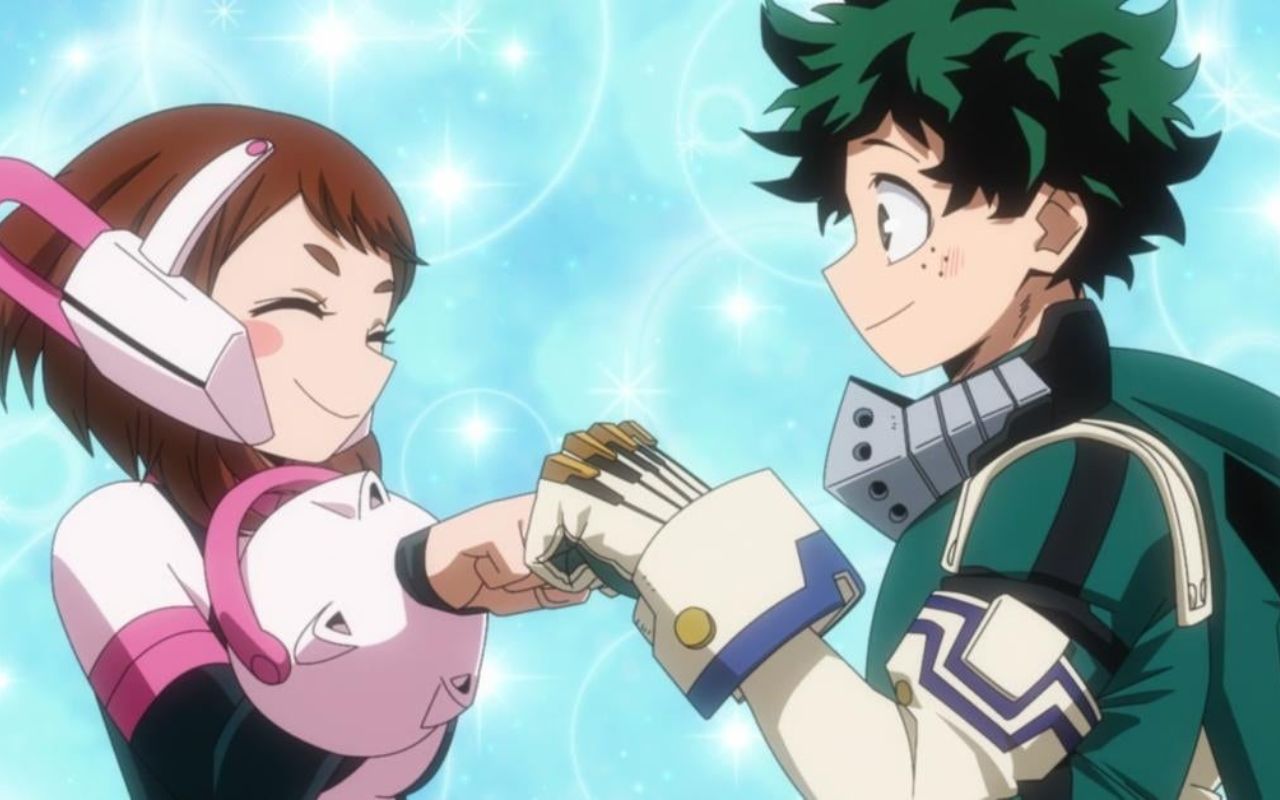 Izuku saved Ochako from the giant Zero monster robot in the UA entrance exam without giving even a second thought to the backlashes of his new strength. Similarly, Ochako jump straight to support him from his new unlocked ability Black whip. They are both attracted to each other but never accepted it in public. It’s lovely to see Ochako’s red face when it is about Midoriya.

ALSO READ: My Hero Academia Chapter 357 Release Date: Endeavor Vs. All For One Showdown

Two lovers near Immortality live only 7 faith days together!  Another great anime couple from the seven deadly sins. Ban the Fox sin of Greed lost all interest in his life and made up his mind to live for so long to see the day when his life gets his purpose. Searching for immortality for the same, he reaches the Forest of Faries. Where he found Elaine as the protector of the sacred elixir of immortality. 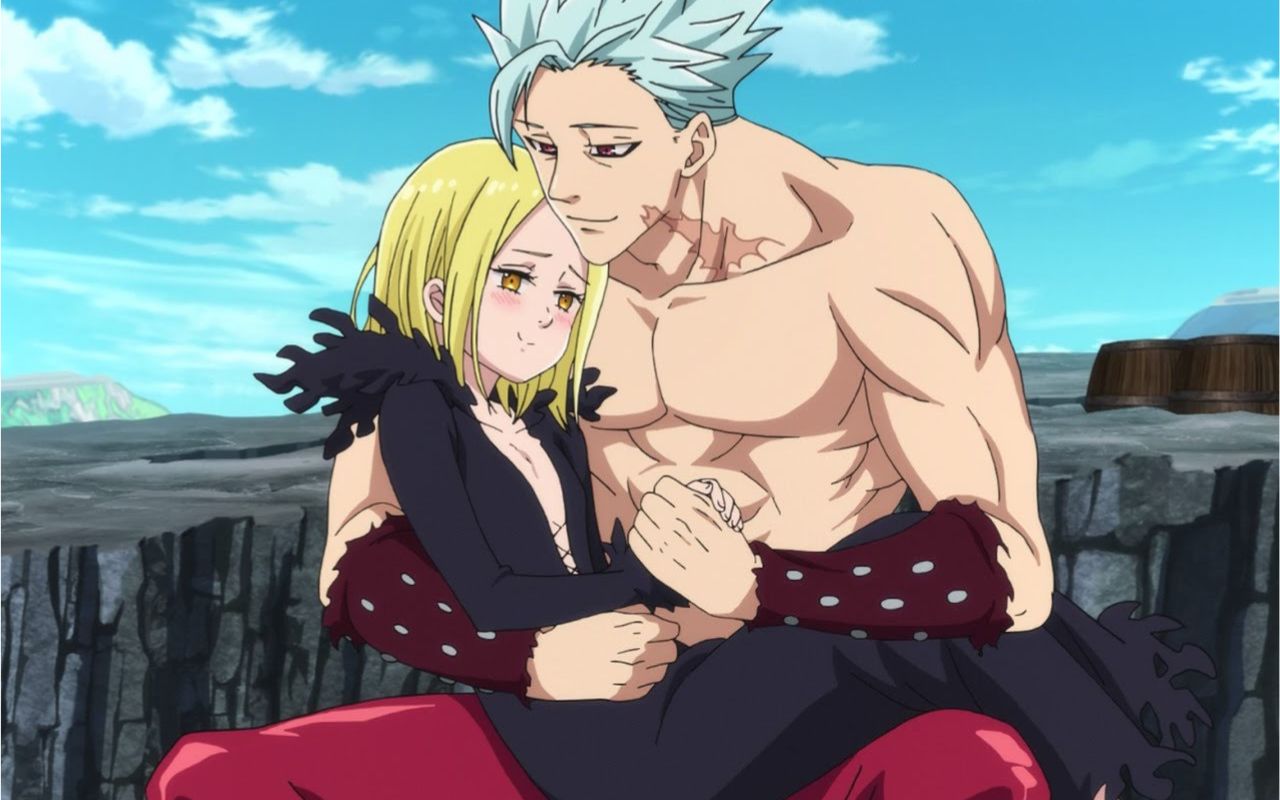 They talked to each other and quickly form an understanding, Elaine saw purity in Ban’s heart. Followed by the 7 peaceful and most beautiful days they spent together. But everything goes berserk when a demon from nowhere destroyed the whole forest including Elaine. Ban got immortal thanks to Elaine and was forced to carry the burden of her lover’s death on her shoulders for eternity. But that’s what did not happen, Ban sacrificed his immortality to revive Elaine from death.

The protagonist of Sword Art Online Kirito and Asuna are the embodiment of a perfect anime couple. Of course, they are in a virtual reality game but their emotion toward one another is real. Stuck in a game from which only one impossible-looking way is to get out. In these miserable conditions, Kirito brings consciousness to Asuna about the importance of her life. 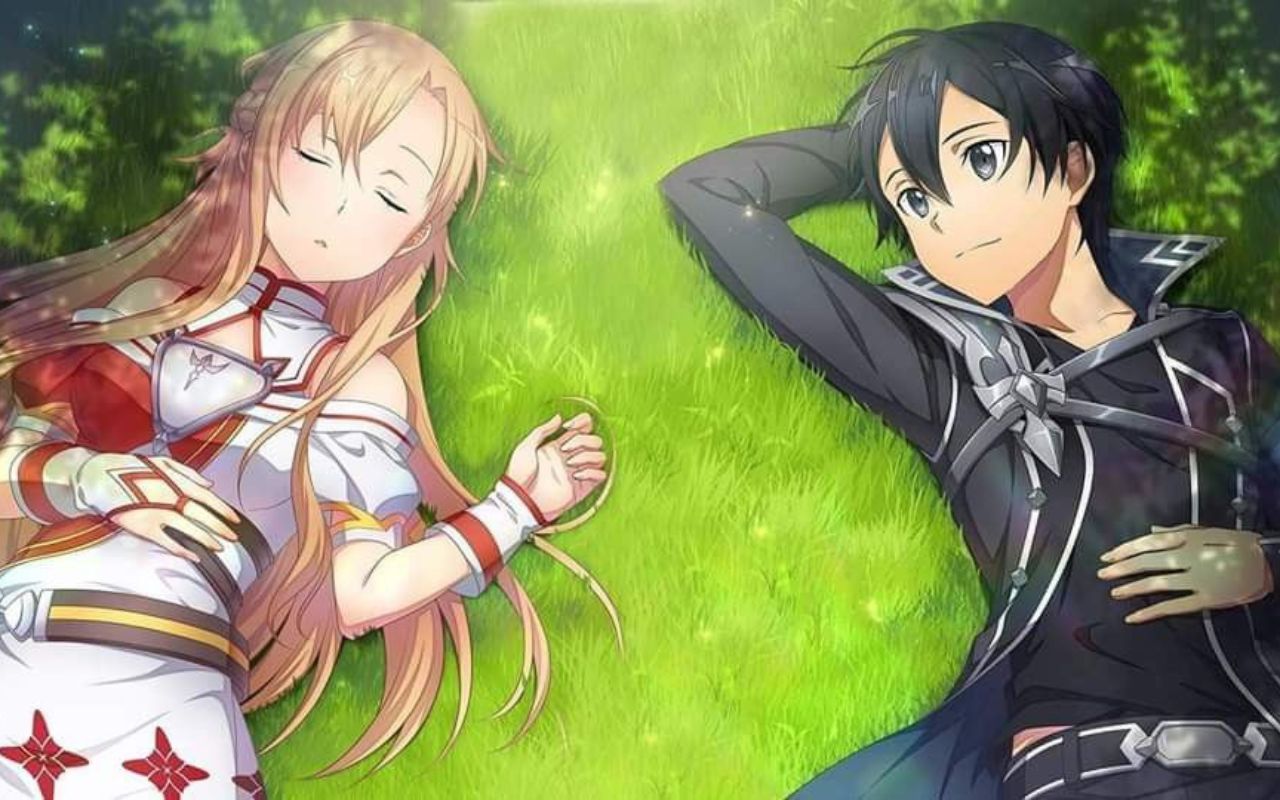 They are both loving and caring characters, and always have each other backs. They are the most popular pair in the anime as well as the cutest of them all! I never had enough of seeing them together and so think you too. If you haven’t watched it yet, go and see these phenomenal duo.

I must say, it’s a complete North-to-South match. Ichigo and Orihime are completely different personalities but together. What can we say, two incomplete pieces come together to become whole. They were both friends before Ichigo discover the other world and become a Soul Reaper. Sometime after that Orihime also discovered her powers and join him in the quest. 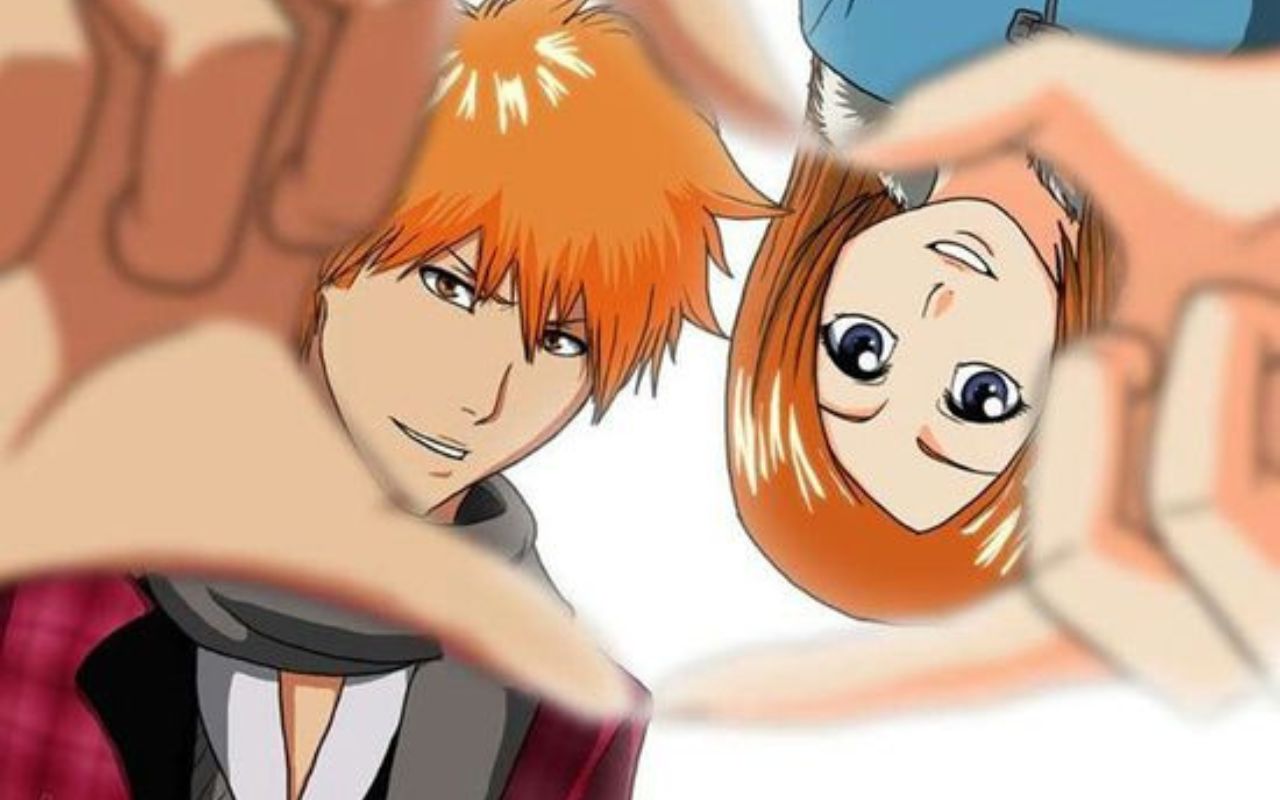 Ichigo doesn’t want to see Orihime in danger that’s why doesn’t want to indulge in any relationships, but their feeling were far superior. They are both caring and very protective when it comes to them. An adorable anime couple who also gets married afterward.

ALSO READ: How To Watch Bleach? Easiest Guide To Watch It

Coming last on our list is a couple of the Afterlife Otonashi and Kanade. The story begins with Otonashi finding himself in the Afterlife with his all previous memories gone. The scheme was that people who died an accidental death must go through Afterlife High School before their reincarnation. This was done to fulfill their regrets of previous lives. But this facility was also wrongly judged by some group of people who formed SSS, an organization against God for giving them horrible life. 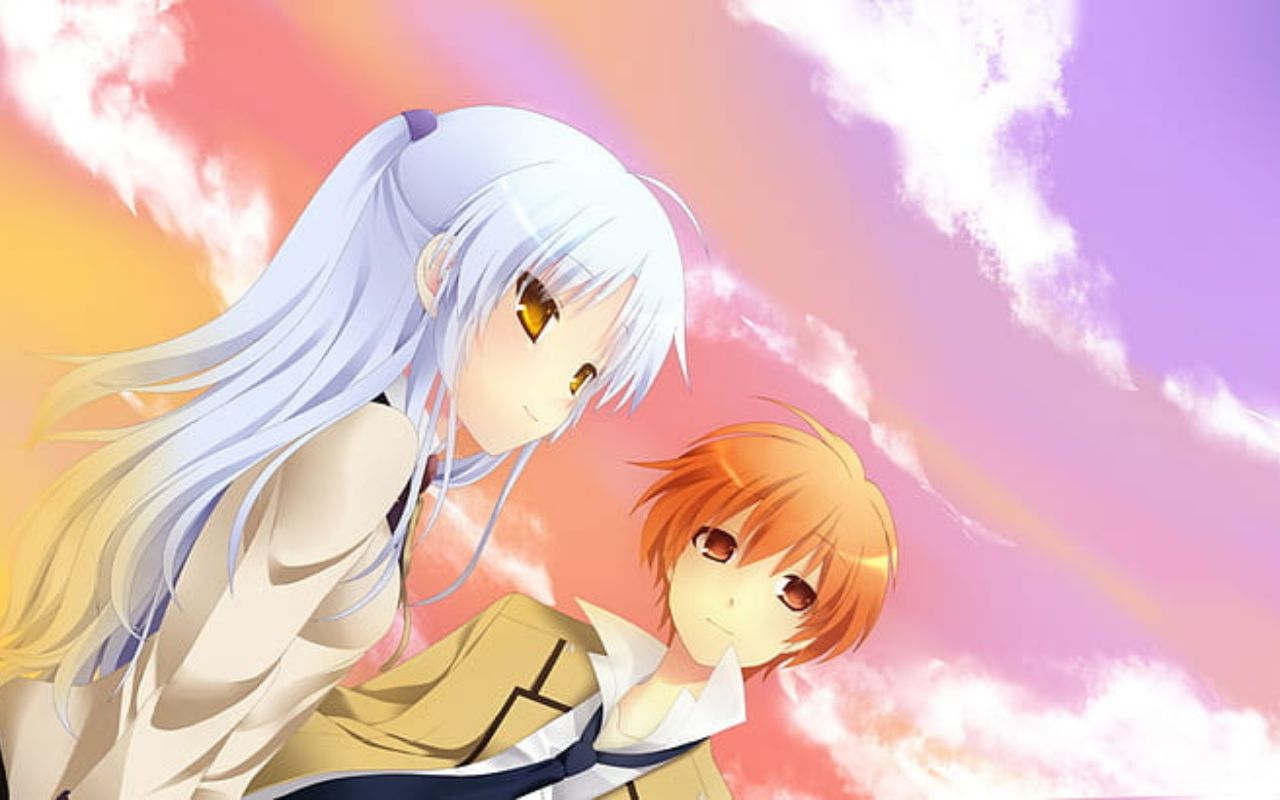 I mean it’s way out of track but context is important! Kanade the leader of the student council was targeted by SSS because of her belief in God and her supernatural abilities. She was given the name Angel for the same. Otonashi joins and revolutionized SSS and saves Kanade. They both are truly pure souls and in deep love with each other. I always enjoy their company and recommend you to join us. This concludes our list of the top 8 most popular anime couples. Hope you enjoy reading this article.

ALSO READ: 10 Most Popular Mermaid Anime Series Of All Time