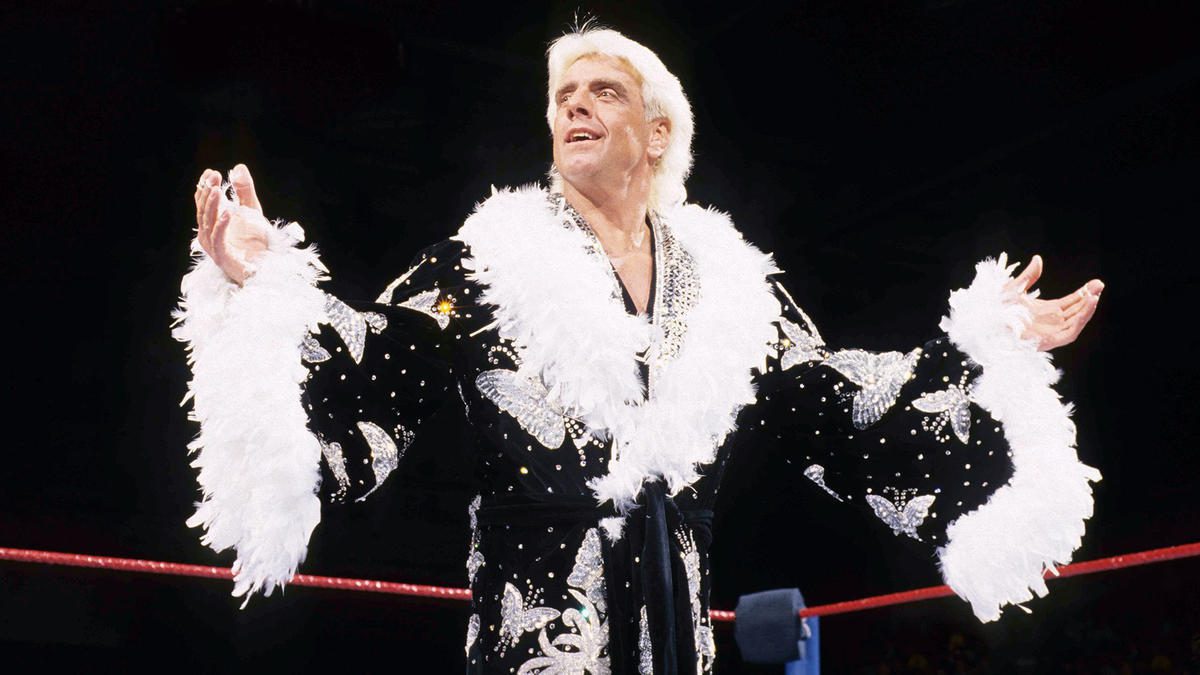 Wrestling excitement is an infectious disease that will be caught by anyone that dares near it. And once infected, there is nothing better to hype than to see grown men in trunks fight each other out. Wrestling being old as it is has its fair share of legends. But as nature goes, even in the group of legends one would stand above them all. Ric Flair is a name that needs no introduction to wrestling fans. The man is a mine of legacy and continued effort. He has done some of the most bizarre things that you won’t find anywhere. These bizarre moments is what led there be some of the iconic moment in the history of Wrestling. And today we talk about the top 5 moments of Ric Flair in his career. We must confess, that one of them does not include fighting. Okay, no. It’s two

Among his long list of achievements and spectacles. The five below can be considered the top 5 moments of Ric Flair’s career. And do you know what makes this list exciting? Ric has been in the profession for fifty years and he doesn’t intend to stop till his last breath. With this man, there are always new moments that are popping up and will continue to do as long as he is part of wrestling.

How do you fight the Royale Rumble in a way it goes down into the history of wrestling? Ric did, and not many can say that about themselves. The 1992 Royal Rumble was a sight worth seeing. Ric completely owned the show and his surprise at the end of it was understandable. Imagine going toe-to-toe with wrestlers around the world and asking them for a rematch. It’s worth seeing every.

4) Ric Flair Becomes The Co-Owner Of The WWF

There are two ways to win a fight. One is to give it your all and go over one’s limits, and the other is sinister ‘I won the fight without fighting’. Though Ric is known for winning belts and getting titles under his belt. That is not the only way he has shown he can put down his competitors, and a certain night in November 2001 marks this feat. 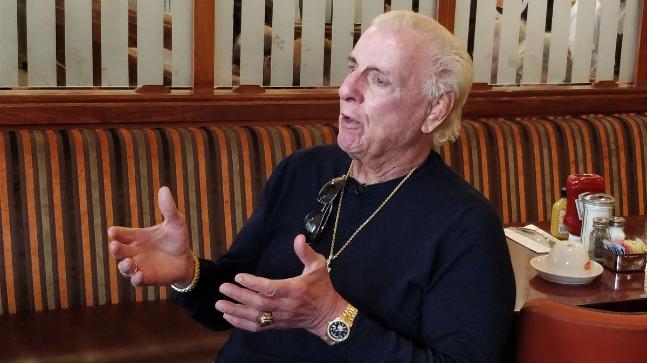 Wrestling is all about solo matches going against the opponents. That is the perception a no-wrestling fan or a person who has only heard about wrestling thinks. In reality, Wrestling is just as fun with a team as it is alone. In 2003 Ric Flair, Triple H, Batista, And Randy Orton formed evolution. One of the best groups to date. Though, the group was dismantled in about two years.

2) Ric Flair had a moment of truth

Being well known doesn’t mean you are the strongest of them all. Wrestling emphasizes entertainment, not brute strength. Ric had several titles under his belt but not The unforgive Strap. The feet he was about to perform a few months after the Evolution members have separated. Goes to show that even with events like those, his eyes are on the price.

Not all matches are equal, and the same was true for Ric in the 2008 Wrestlemania. Ric fought that match with his WWE career on the line and lost to never return to the ring again.