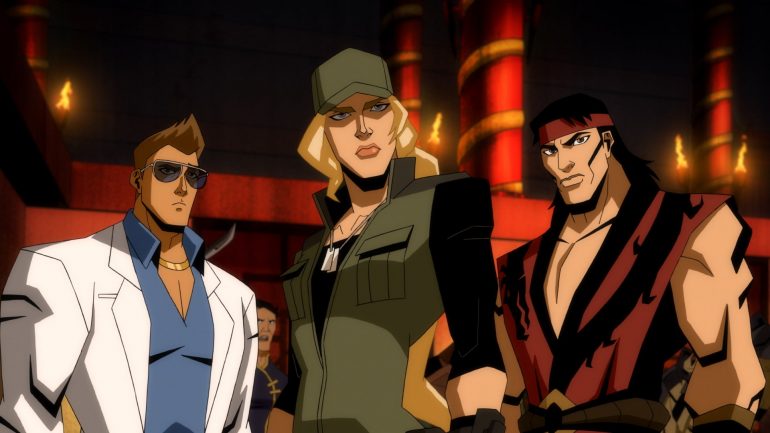 When Is Mortal Kombat Legends 2 Expected To Release? Know Here

If you are a die-hard animation film fan and are curiously waiting to watch the eye-catching film ‘Mortal Kombat Legends 2’ whose first film released a few months ago and became a major hit. We would like to inform you that we have got every aspect covered about the sequel of this film that you all should know. In this post, we will be presenting all the details about this animation film that we have gathered from our sources.

‘Mortal Kombat Legends’ is an American adult animated martial arts film that recently released in April 2020 and it gathered a large audience, therefore, was declared as a superhit film. After the success of the first film, now the audience has huge expectations from the creators that there will be a sequel for this film as they are eager to know what will happen next in this film as a lot of twists took place and this film ended on a high note without answering some of the biggest doubts of the audience.

This animated film was highly trending for a month from the date of its release as it was really a must-watch film. According to some of the details revealed by the creators until now, the sequel of this film will have the same characters and cast who have all together made this film more loving and exciting. Now, we would like to distribute all the information about the sequel which we have collected about this series. Here’s everything we know about this American animation film;

When Will This Sequel Release?

We would like to convey all of you that, till now, no official confirmation has been announced by the makers of this film regarding its sequel or we can say about the second part of this animated film. Therefore, it is challenging to say precisely when will Mortal Kombat Legends 2 releases. But still, there are some expectations that if everything remains high and the ongoing pandemic doesn’t last for long then, we can expect a sequel in this film series anytime by  2021. We will update you as soon as something is revealed by the creators of this film.

The leading characters of the original film will definitely return for reprising their roles in the sequel as they received huge appreciation and love from the audience and if the characters remain the same then the voice cast will also remain the same. The list includes Patrick Seitz as Hanzo Hasashi / Scorpion, Jordan Rodrigues as Liu Kang, Steve Blum as Bi-Han / Sub-Zero, Darin De Paul as Quan Chi, Jennifer Carpenter as Sonya Blade, Joel McHale as Johnny Cage, Artt Butler as Shang Tsung, Shao Kahn, Dave B. Mitchell as Raiden, Robin Atkin Downes as Kano, Ike Amadi as Jackson “Jax” Briggs, Kevin Michael Richardson as Goro, Grey Griffin as Kitana, Satoshi Hasashi, and Fred Tatasciore as Demon Torturer, Shao Kahn.