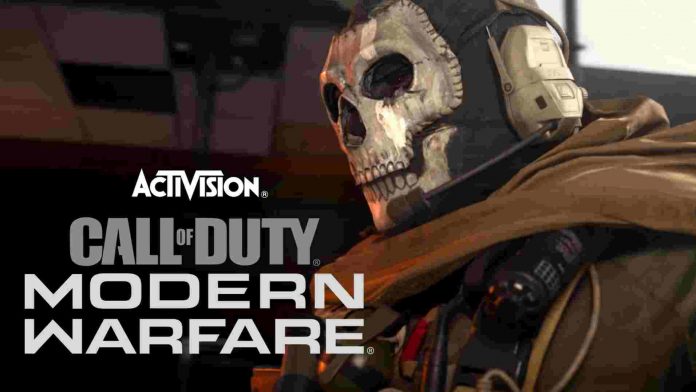 The second season of Call of Duty has finally begun, and the size of this update was insane. The PS4 user reportedly had to 51GB, Xbox One users 68GB, and lastly, on PC its size was 67GB, which is quite big. In this update, a lot of things have arrived like new content, fixes, weapon rebalancing, and other changes. Right now, only a few maps are live in the game, and there is a huge teaser that gave us a look at the upcoming battle royale mode, and all of it’s free to all players on PC, PS4, and Xbox One. With this new season, a new battle has also arrived, which as some pretty good stuff in it. The update was pretty big, and only a few people were able to download and play it s hours after the release.

But you might be asking what new things are in this? Well, first is a new operator named Ghost, which is a pretty good addition to the game. Next are the two new weapons that have been added to the game in this update. The first one is a lightweight and mobile assault rifle the Grau 5.56 (Tier 15), which excels at the range and a powerful SMG, the Striker 45 (Tier 31), that has potential at longer ranges compared to its class with a moderate rate of fire. Next is the playlist update, which consists of the following things:

* A note from the team: Bazaar and Gunfight Tournaments will go live later in the season!

As mentioned earlier that a lot of bugs have been fixed with this update like the “Focused” challenge, not tracking properly. Krovnik Farmland has been added back into the rotation, and they have removed the access to the second floor in a handful of centrally located houses. Many exploits across Ground War maps have been fixed; the bug which allows players to kills Care Package owners and teammates capturing Care Packages has also been fixed.

Platinum and Damascus camos blinding glare problem has been fixed and Fix for a rare bug that could prevent players from accessing the barracks, weapons, and/or Operators tabs after matches. Furthermore, the devs have disabled the “Copy Loadout” feature.

• Trophy System: Deploy time has been reduced by about half a second
• Fixed a bug that allowed players to get infinite Weapon Drops by canceling Killstreaks. Killstreaks are no longer usable when the Weapon Drop grenade is equipped.
• Fixed a bug where objectives were not giving Field Upgrade progress

One of the important changes is of the peaks, and with this, there going to be many players that will have to change their play style. Some of the perks that have been changed are Double Time, Quick Fix, Ghost and etc. Down below, you can see all of the changes:

In the weapon section, the Crossbow is getting some bug fixes. Also, SA87 and Increased RAM-7 have been buffed.

– Crossbow:
– Fix for some kills not tracking properly when attempting to unlock the Crossbow
– Fixed explosive Fury crossbow bolts to not kill Juggernauts in one hit
– Very slight tuning to the reload speed. We’re still fine-tuning this one, so more adjusting is in the works!
– Fixed a bug where the Crossbow did not do any melee damage to Deployable Cover

– Operation Harbinger: Fixed an issue with a checkpoint that could cause players to spawn under the map

– Added Change to Loadout keybinds for Custom Loadouts 6 to 10, allowing players to quickly switch to any of their favorite Loadouts with the press of a button.
– Fixed a visual issue where highlighting the usernames of multiple people in a lobby with the mouse cursor could lead to multiple Emblem/Player Card/Level UI elements appearing and overlapping each other.

– For Keyboard & Mouse Codcasters, it is now possible to bring up player Field Upgrades by pressing a key in the same way as they can with Killstreaks. This also shows the exact progress until each player unlocks their respective Field Upgrade.

– When using the Tracker perk, footprints are now visible even when the Bullet Impacts & Sprays option is disabled in the Graphics tab
– Several fixes to prevent crashes and improve stability.

All these are the things that have arrived to Call of Duty Season 2, but there is still more coming. With the Battle Royal mode been teased, the players can’t wait for the mode and see how it will be like. There have been leaks on it, and it was suggested it would be a 200+ player Battle Royal mode. The release date or any other details on it is still unknown, but we might be getting some info about it really soon.