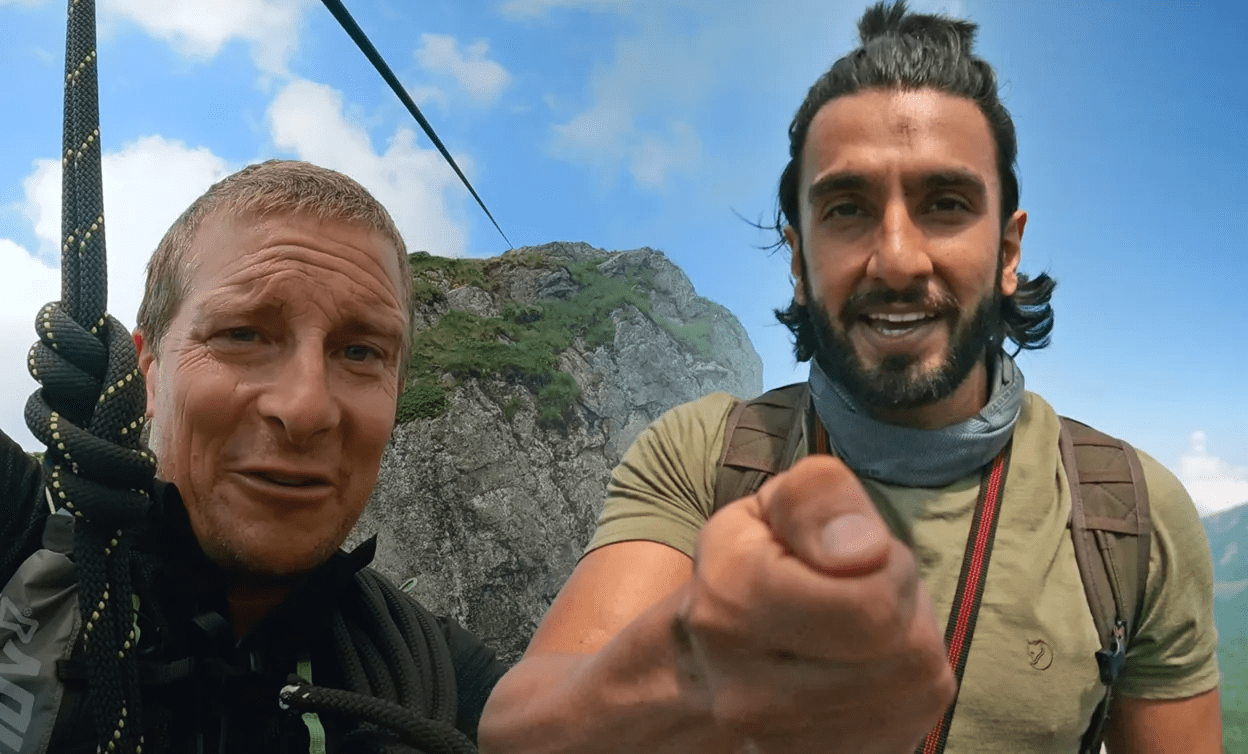 What To Expect From Ranveer vs Wild?

Excited as ever, fans are already thinking about the things to expect from Ranveer vs Wild. Bollywood star Ranveer Singh will soon be joining the British Adventurer Bear Grylls in his show Man vs Wild. Teaming up with Netflix, Ranveer Singh and Bear Grylls are all set to explore the Siberian Wilderness together. The show will be hitting our TV screens this summer, and it has a twist. As soon as the trailer for Ranveer vs Wild landed on the internet, fans were filled with laughter as well as excitement.

Ranveer vs Wild will be coming out on the streaming platform Netflix on July 8, 2022. The reality show will be available in two languages, i.e., Hindi and English, along with subtitles. Following the trail of the sci-fi show “Black Mirror: Bandersnatch,” Ranveer vs Wild is going to be an interactive video. Now the viewers will have the chance to make choices for Ranveer Singh as he’s out there trying to survive in the wild and is looking for some special flowers. 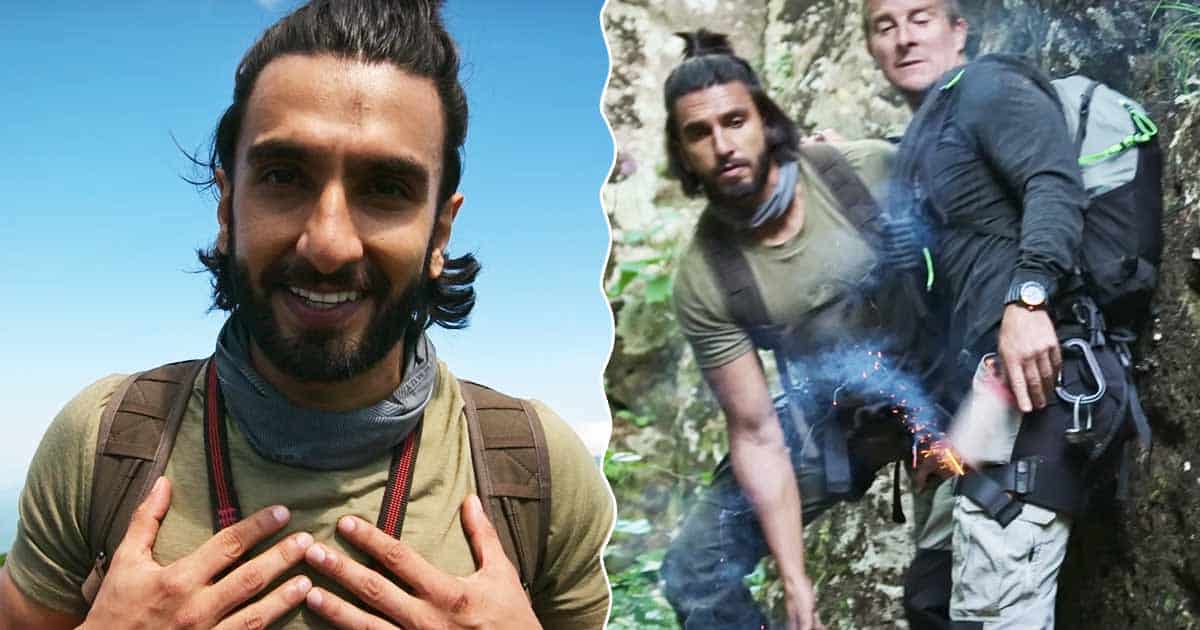 What To Expect From Ranveer vs Wild? A still from the show.

What To Expect From Ranveer vs Wild?

With Ranveer vs Wild, Ranveer Singh is all set to make his OTT debut. Hearing that “Ranveer vs Wild” is going to be an interactive reality show with the viewers getting to make the choice for the Bollywood star, they’ve been thinking about what to expect from Ranveer vs Wild. With the reality show featuring Bear Grylls, one thing we are sure about is there is going to be a lot of adventure (duh! again). Our favorite Bollywood star is going to get chased by wild animals, and he’ll also have to survive on wild stuff. Although in a way, it is in our hands now.

In the trailer that was released on June 10, 2022, we saw Ranveer panting and his face decorated with a terrified expression. We also saw him getting chased by a bear. And to escape the bear, he also tried to use the age-old trick, i.e., pretending to be dead. But when the show comes out, we’ll be making the choice for him. 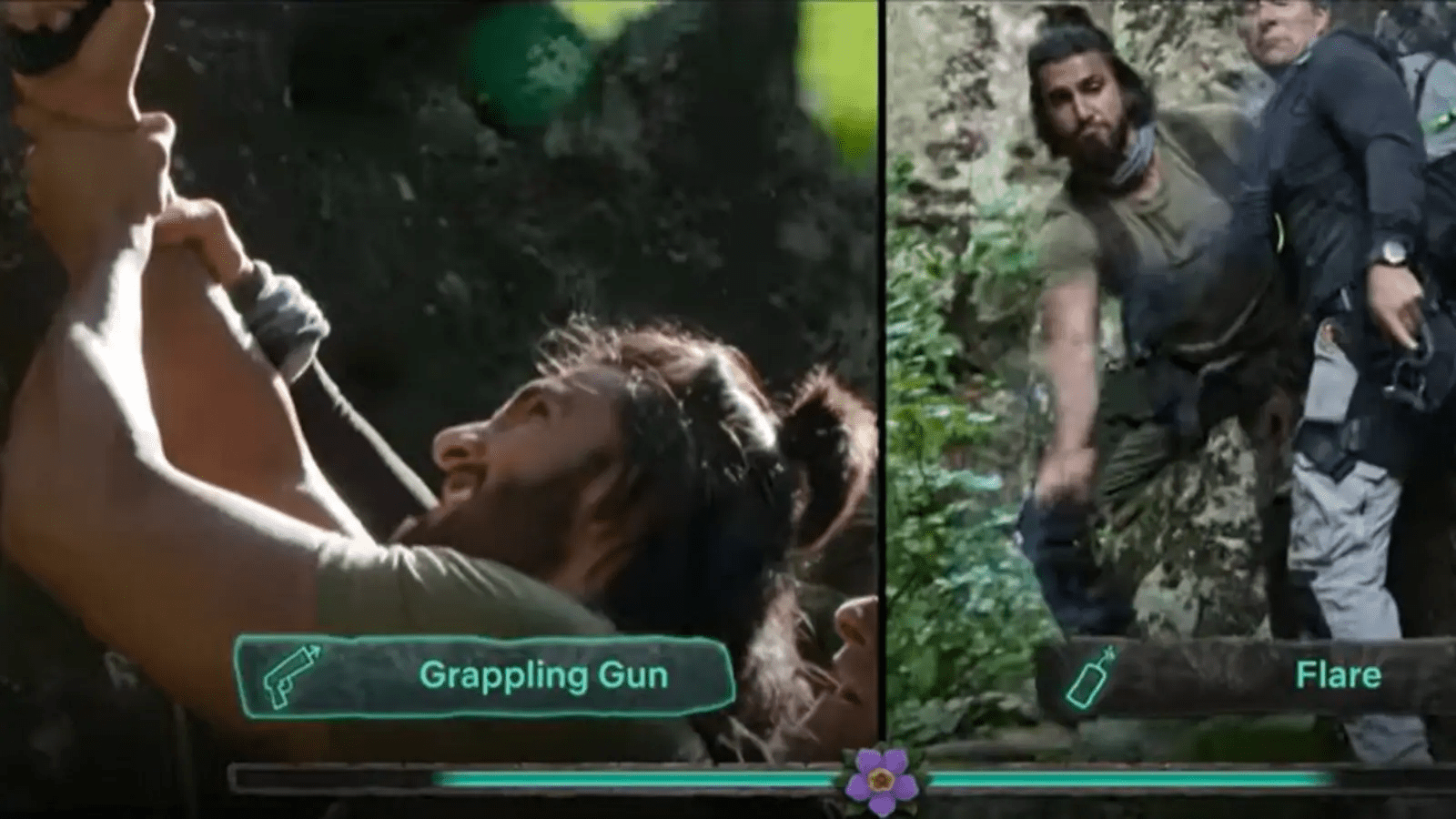 What To Expect From Ranveer vs Wild? A still from the show.

All set for the adventure, we saw Ranveer Singh packing a survival kit along with him. Bear Grylls, like a good mentor, went on to check if Singh’s survival kit made any sense. Checking up the survival kit, Grylls found a vanity mirror, packs of banana chips, water bottles, apples, and Sindhi koki. Grylls gave the green light to water (cause duh!) and the mirror as it can be used to start a fire as well as to keep track of the back while moving forward. The apple also got the green light.

But on the other side, Sindhi Koki and banana chips got the red light and had to be left behind. As of now, Ranveer is yet to make a choice between a flare and a hook.

Also Read: Sea Of Thieves Season 7 Release Date: What To Expect From The New Season?