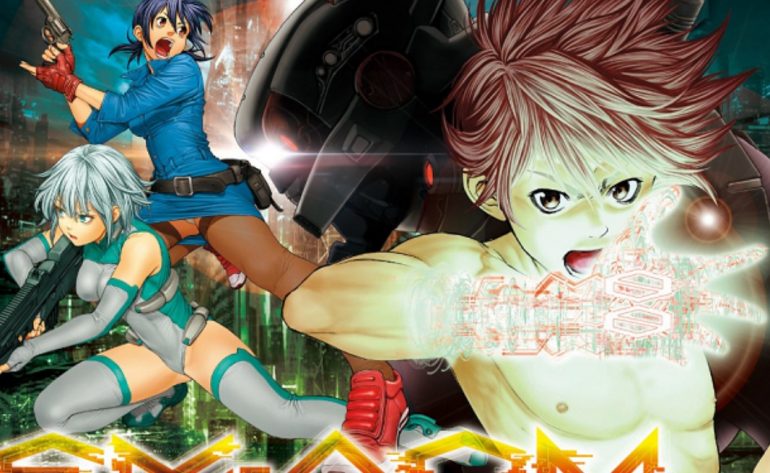 This week we will be looking at Ex- Arm that is going to be premier early in 2021. This is about Akira Natsuma a genius boy. Akira Natsume is good at diagnosing a phobia of electrical devices in the year 2014. Akira is an expert in doing that he tries to try to live a better life so that he can get a girlfriend just like his brother. Later he met with an accident and passed away. Let’s see what will happen after Akira’s accident below.

After 16 years a policewoman along with her android partner retrieve and activate AI. Also, a superweapon called Ex- Arm and put inside their ship for full control. Later it has been revealed that AI is Akira’s brain. Aima always acts emotionless but not completely. She always does that at her Minami. Aima has a life span of four years since she is a prototype android. She got employed as a member of the police force and became Minami Uenozono’s partner.

Ex-Arm Episode 1 will be released on Monday, 11 January  2021 at 1:05 AM JST. The latest new episode of this Anime will be released every Monday. For you to get more updates on this Anime you can officially visit Animes’ web at www.exarm-anime.com. It is also available to watch officially on Crunchyroll. Let’s find what updates have to offer for us below.

Akira used to be an ordinary shy high school boy, and when he has a phobia of technology, and he uses his skills to repair broken devices. After saving a girl in 2014, he was unfortunately run over by a truck. After 16 years have passed, two officers head out on a mission. It is Alma, and Minami Uenozono is on a mission to obtain EX-ARM No. 00.

In the year 2030, a police officer is known as Minami Uezono and her partner Alma who is the android. They infiltrate the scene of trade going on at Tokyo Harbor. They are trying to get an unknown weapon named EX-ARM. During their mission, the enemies started to appear and they started to face difficulties.

They confront and go against a group using EX-ARM No. 08, and they got into a desperate situation, which causes them to activate EX-ARM No. 00. After the activation has been completed, Arika’s consciousness got revived within a super-weapon body. He started to team up with the police officer. He wants to retrieve his memories back and his lost body. EX-ARM No.00 was stolen from their enemy.

Minami Uenozono is a hotheaded girl and brash and joins the police academy to be Aima’s partner. Arisa Himegami also joined them during their missions along with Chikage Rokuoin. Mizumori is a police officer who looks out for Minami Uenozono and also acts as a backup. Iriya Heavy Industries created an android called Arit who is of the same model as Alma. She works for the criminal organization Chroma.

Kamaishi became a scientist who works for Iriya Heavy Industries. Arik possesses superpowers and he can even control the ship. One day a powerful man invades that ship and fights with Alma and Minami. He manages to take them down and wanted to know how he can deactivate the ship. The two refuse to reveal the truth and continues to get the beatings. Akira shows up and the enemy tells him that he is surrounded and has nowhere to go.

The boss from the enemy grabs Minami by her neck telling her that she has to die now. Alma appears out of nowhere and spears the boss. Alma sent the boss flying away out of Minami and she got saved from death. The brutally attack and kill the boss.

Later after his death, it attracted the new enemies since they know that the new Ex-Arm has been retrieved. The enemies decided to head out in numbers looking for the new Ex- Arm. Year and years have passed after that tragedy and peace has prevailed around the world with Arika in a new form of his body.

All thanks to the Crunchyroll latest trailer and that was all about the latest updates of this anime. See you next time after the release of a new episode. That is when we will be releasing the update of the upcoming one. You can also try other latest upcoming anime here at otakukart.com.