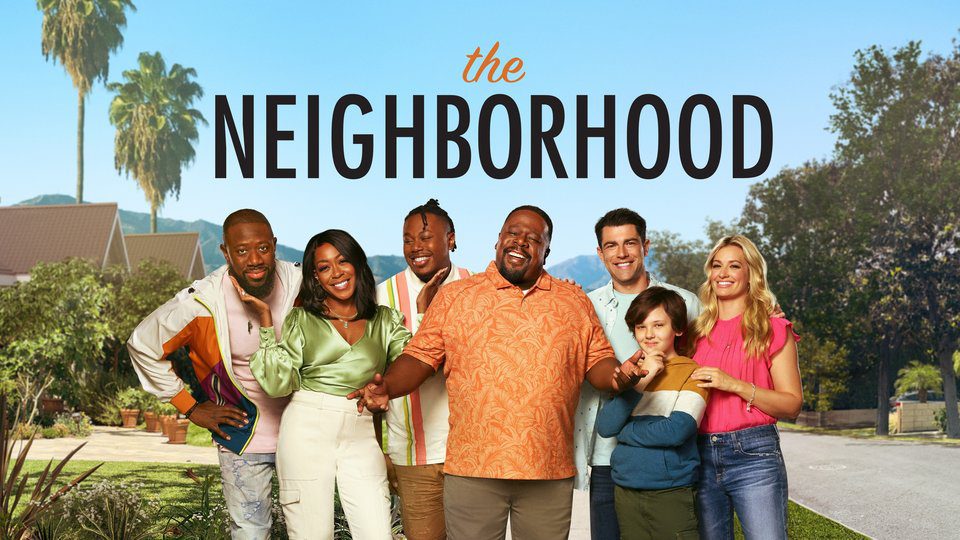 The Neighborhood is currently in its fifth season as of Monday, September 19, 2022, with the show’s first episode entitled Welcome Back to the Neighborhood, and it has everyone back to wishing they lived in a neighborhood like the one depicted on the American sitcom.

In last week’s episode, which was released on September 26, we saw Calvin taking the suggestion Dave had offered him, which is to try and promote his business using a newer, different method. As they will have it, Calvin’s shop got its own Yelp page!

Unfortunately, he came to regret it not much later. Meanwhile, Gemma enlisted Tina’s help to assist her in the after-school music program she had registered for.

In this week’s episode, which is titled “Welcome to the Ball Game“, Malcom fetes Dave, Grover, Gemma, and Calvin with VIP tickets to a Dodgers game. However, the day out is not as phenomenal as they had expected it to be.

Meanwhile, Marty and his fiancée Necie plan a movie night to spend some quality time with each other. But it all goes awry when his possessive mother Tina decides to join them.

Dave Johnson arrives in Pasadena, California, along with his family from Michigan to learn that the house of their dreams is actually located in a predominantly black society, which is, to put it plainly, quite different from their midwestern roots and the small town they used to live in. The Johnsons, however, are undaunted about the whole thing.

The course of their journey is altered when Calvin Butler from the house next door is convinced of his dogmas that the advent of the Johnsons will certainly throw their culture into disarray. As such, Dave realized that being assimilated into such a close-knit community was not the piece of cake he had initially thought it to be.

However, as someone whose glass is always half full, Dave decides that connecting with opinionated Calvin would be the best way to belong to their new society and make their new neighborhood the best place to live.

In Season 5 of The Neighborhood, we will see members of the original ensemble coming back as the Butlers and the Johnsons. Fan favorite Cedric the Entertainer will return to reprise his role as Calvin Butler, Max Greenfield as Dave Johnson, Tichina Arnold as Tina Butler, Sheaun McKinney as Malcolm Butler, Beth Behrs as Gemma Johnson, Hank Greenspan as Grover Johnson, and last but not the least, Marcel Spears will return as “the local snitch” Marty Butler.

Mondays bring new episodes of The Neighborhood Season 5, and Episode 3 of the same will drop on Monday, October 3, 2022, on CBS at 8 PM Eastern Time and 7 PM Central Time.

We're on the edge of our seats waiting for tomorrow's #TheNeighborhood! Any guesses about what Tina's watching?

The fourth episode of the season is slated to air on Monday, October 10 at said time and is titled Welcome to the New Deal, while Episode 5, which is dubbed Welcome to the Art of Negotiation, will be released on October 17.

Where to Watch The Neighborhood Season 5

Episodes of the fifth season of The Neighborhood are broadcast on CBS, as mentioned, but fans can also stream the sitcom on the CBS app the day after the broadcast. Moreover, CBS’s website allows live streaming.

In addition, The Neighborhood is available to watch in the United States on Paramount+, Amazon Prime Video, Hulu Live TV in select areas, YouTube TV, FuboTV, DIRECTV, and Roku Premium Channel. Moreover, the show can also be downloaded after making a purchase on Vudu, Google Play Movies, or Microsoft Store.

In Australia, the fifth season of the show is currently streaming on Paramount Plus and Paramount+ Amazon Channel. Fans in Canada may stream The Neighborhood Season 5 on Paramount Plus, Paramount+ Amazon Channel, and StackTV, granted they have subscriptions. Or the show is also available to watch for free with ads on Global TV. Moreover, they can purchase the new season as a download on Apple iTunes.

Known for its socially-conscious storylines and heartwarming plot, the fifth season of The Neighborhood sustained a revamp after Mike Schiff and Bill Martin took over as the showrunners, both of whom had previously worked on The Soul Man with Cedric the Entertainer. However, they have repeatedly reassured the fans that the show will stick to its roots in spite of the change.