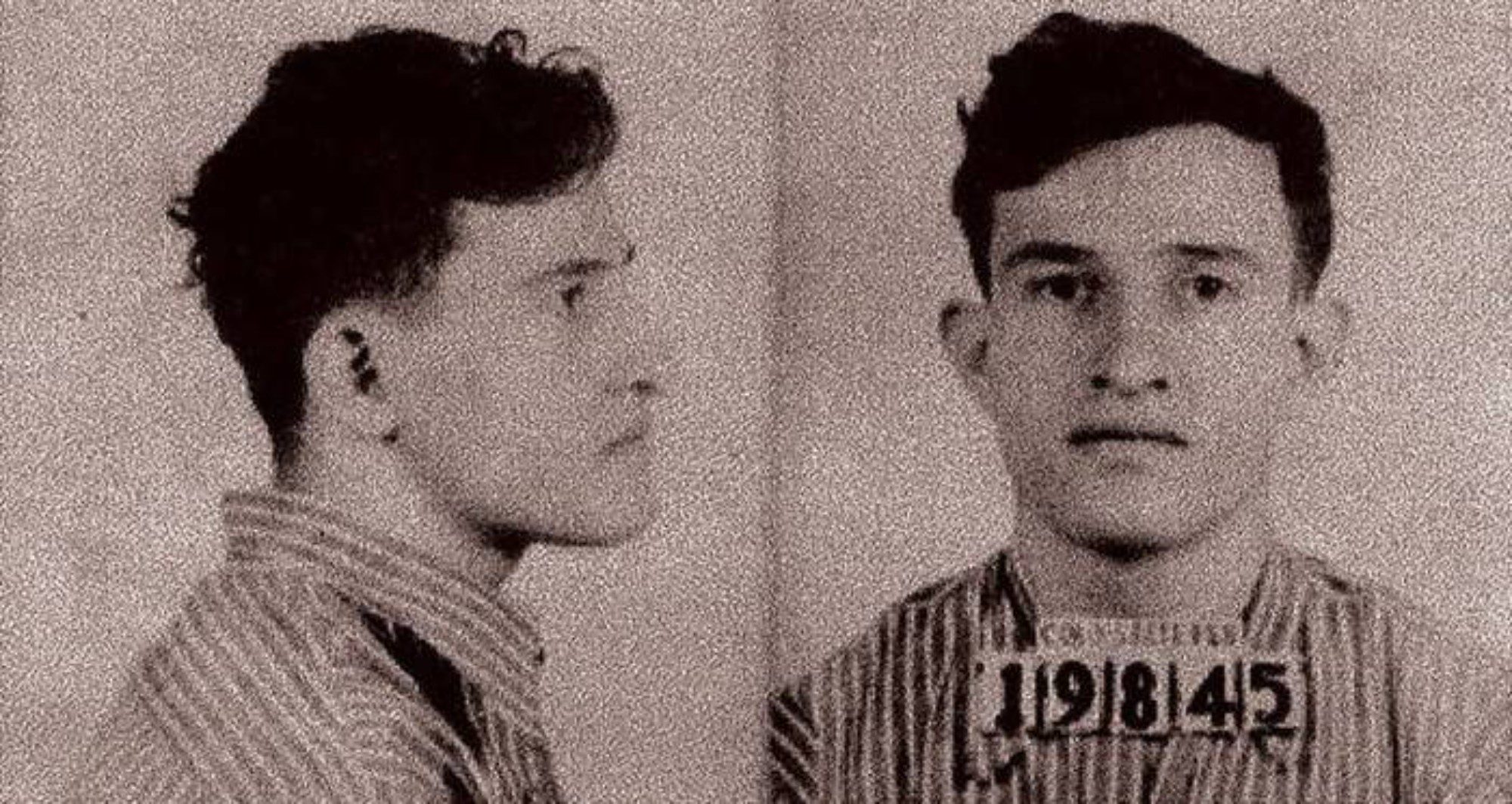 When Henry Arridy and his wife Mary immigrated to Pueblo with their children, they did not know a single syllable of English. By the 29th of April 1915, they had a son named Joseph Arridy, and his father sought work in a steel mill to support his increasingly larger family. Henry expected Joe to soon take the stride of labor, but something seemed weird with the young child. Five years had passed, but the boy had not spoken a word, and the parents knew what was wrong with him.

They have seen it before with their elder children, the repercussions of inbreeding between cousins. Young Joe was sent to elementary school but was kicked out a year later, in second grade, by the principal who claimed the child could never learn. This was devastating for the Arridy family, and Joe was sent to State Home and Training School for Mental Defectives to make him study at all costs at the age of 10 in 1925.

The Colorado training school had fed him and clothed him till his adulthood, and the professionals there determined the boy had an IQ of 46 by the day he left the school and could not read or write or perform any mathematical procedures done by infants, nor could he understand or differentiate colors. He was ill-treated by his peers but did not know how to rebel back.

After the first nine months, he was brought back home and would spend time wandering the streets until the September of 1929, when he was caught by an officer in the act of sodomy, with or without his consent, as he was not mentally mature enough to give his. Thus, he was set to the training school once again, and Joe Arridy stayed there till the 12th of August 1936, when he held onto the railing of a railcar and ended up in Cheyenne’s railyards. Three days later, a great tragedy hit the Drain family when their daughters were bludgeoned, and one of them was brutalized to death in their home in Pueblo. Joe Arridy was an easy suspect.

Riley and Peggy Drain were affluent and respectable in Pueblo. The husband was appointed as the supervisor for the prestigious Works Project Administration, and the couple would get invited to multiple parties and dances. On that late evening, too, when they returned from one of the regular engagements, they opened the door to their residence to find a 15-year-old Dorothy flooded from her blood on her bed with a certain indication of assault while her 12-year-old sister, Barbara, was hammered in the head and was in a coma by the time she was hospitalized but then recovered.

The news shook Pueblo, and two young women at a little distance from the Drain residency claimed assault by a “Mexican”-like a man and the police were set on the trail. To the pressurized and hasty George Carroll, the local Sheriff, the naïve vagrant Joe Arridy at the railyards on the 26th of August became a welcome suspect, and when coerced, the unassuming childlike 21-year-old admitted to the crimes. 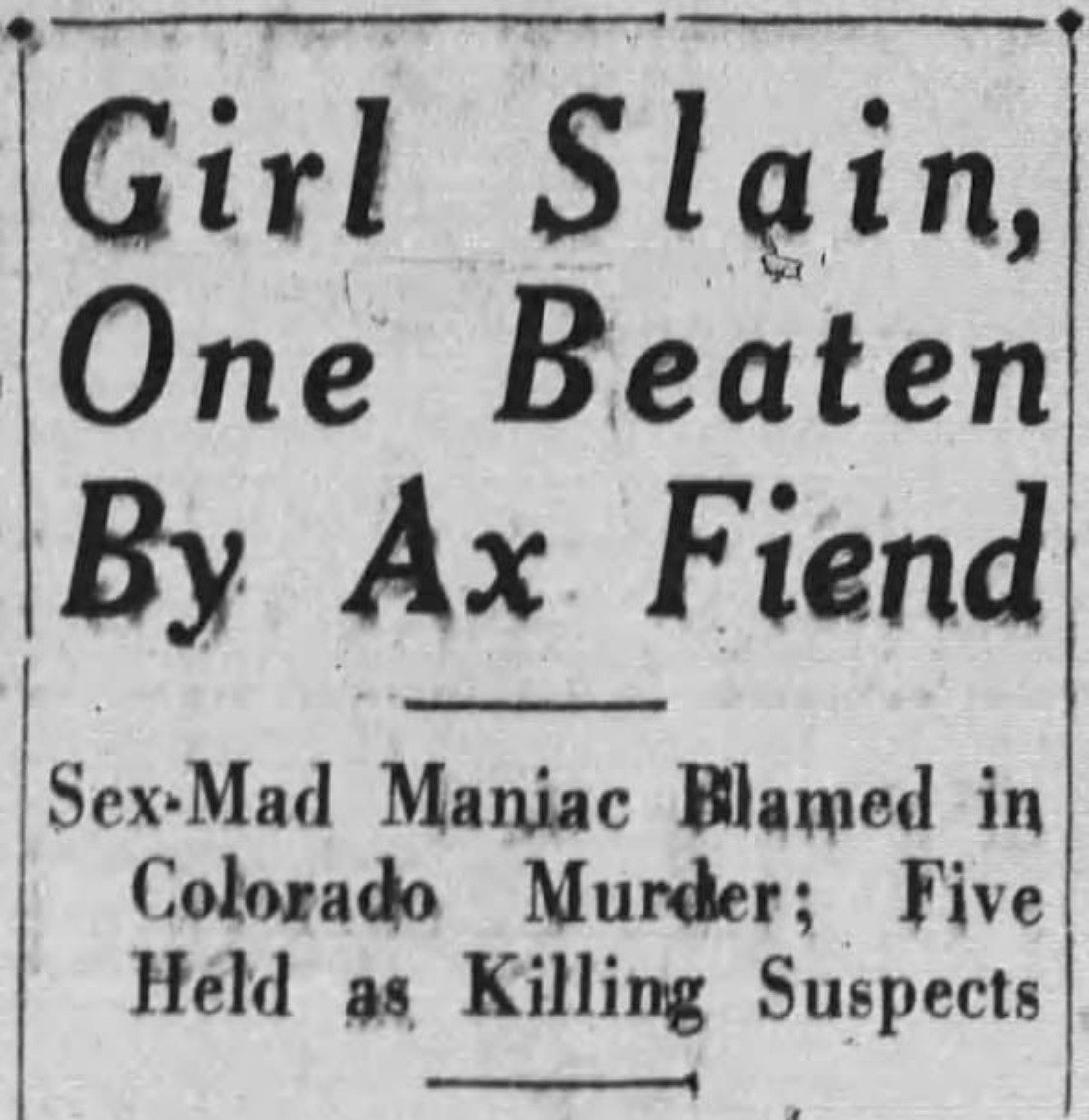 The Oakland Tribune branded the man as the “Sex-Mad Maniac”

On the other hand, the police of Pueblo had already noted the eventual convict Frank Aguilar on the 20th of August 1939 to be the real criminal based on the profiling provided. The man, as described, was a Mexican, was acting suspicious, and had previously worked for the Drains.

A search of the man’s house was warranted, and the murder weapon—the ax—was found, and the blade matched. The then awakened 12-year-old recognized her sister’s killer, but George Carroll insisted Joe Arridy was part of the crime though neither the girl nor the other women nor Frank himself acknowledged the innocent man as an accomplice, but the Sheriff would not budge, perhaps for a promotion.

Carroll realized that the man was very gullible and would repeat and confess to everything he said. He got him to say that he was an accomplice of Frank, though he repeatedly denied the man, and was answered twisted questions to get the answers wanted by the prosecution, making Joe admit to everything like a parrot. Frank Aguilar was executed in a gas chamber in the August of the next year, but Arridy’s suffering went on.

The media and public were in a rage labeling him as a “Perverted Maniac” and a “Weak-witted sex slayer” despite three psychiatrists reporting that Joe Arridy’s nature of distinguishing between right and wrong, and egg and stone, was as grown as a 5-year-old child’s. His lawyer pled insanity, but the Sheriff claimed he was just an imbecile. The jury, though, found the innocent man guilty and announced him to be executed. 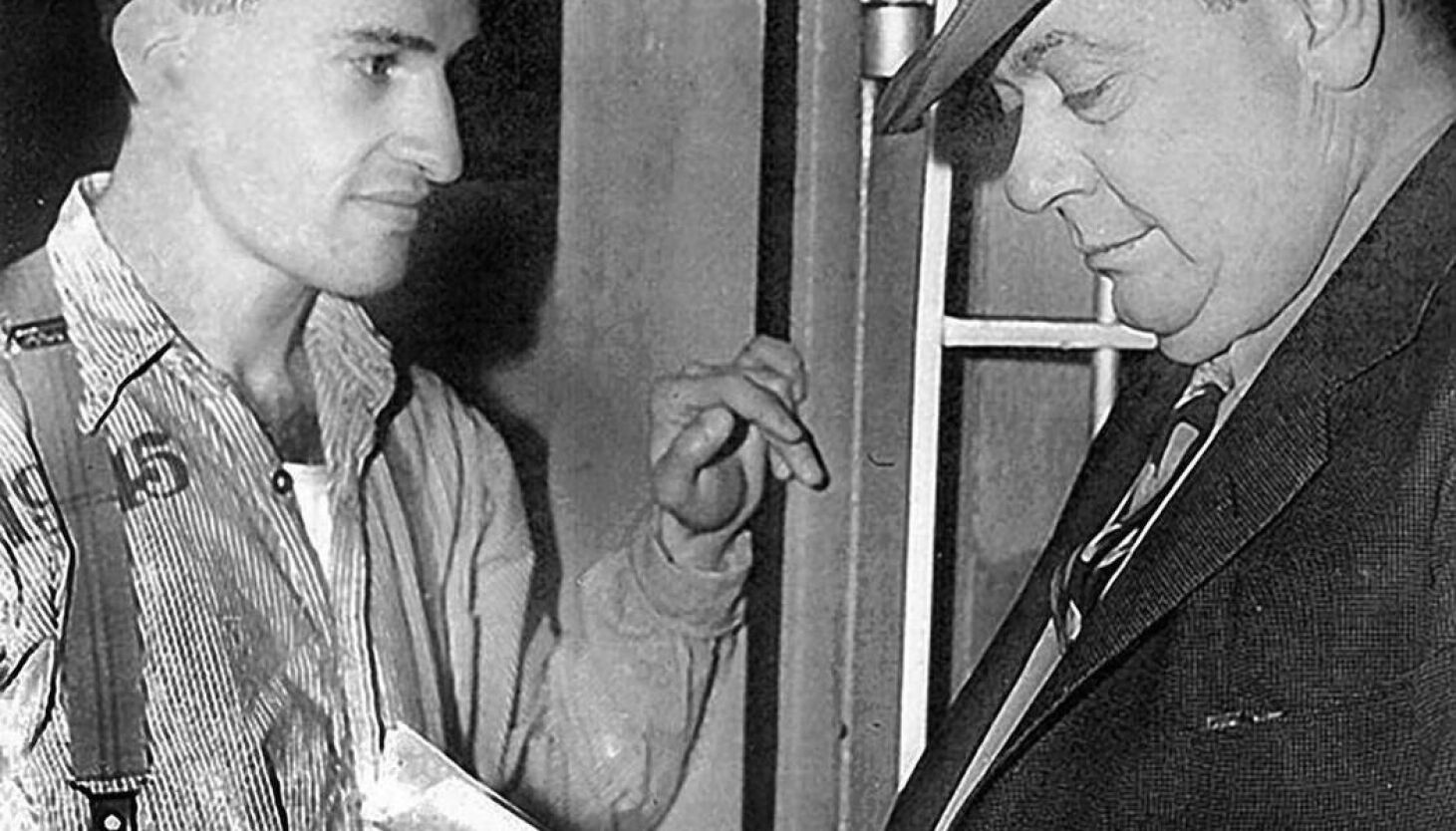 Ceremony Of The Innocent

A new lawyer Gail L. Ireland who saw the plight of the injustice being done to Joe Arridy took up his case and secured nine stays on his gassing but, in the end, failed. He warned the court of Colorado of the repercussions of its wrongful judgment, but the sentence was to be carried out. Until the moment of his death, according to Prison Warden of Colorado State Penitentiary Roy Best, he never understood neither death nor execution and remained always smiling and happy.

Every day Joe would play with the toy train gifted to him by the warden running it in the corridors of that compartment of cells where those on death row were kept. The other prisoners would be light heartened by his childlike nature and participate in his games by creating obstacles and rescues on his train’s route as he would double up in laughter. 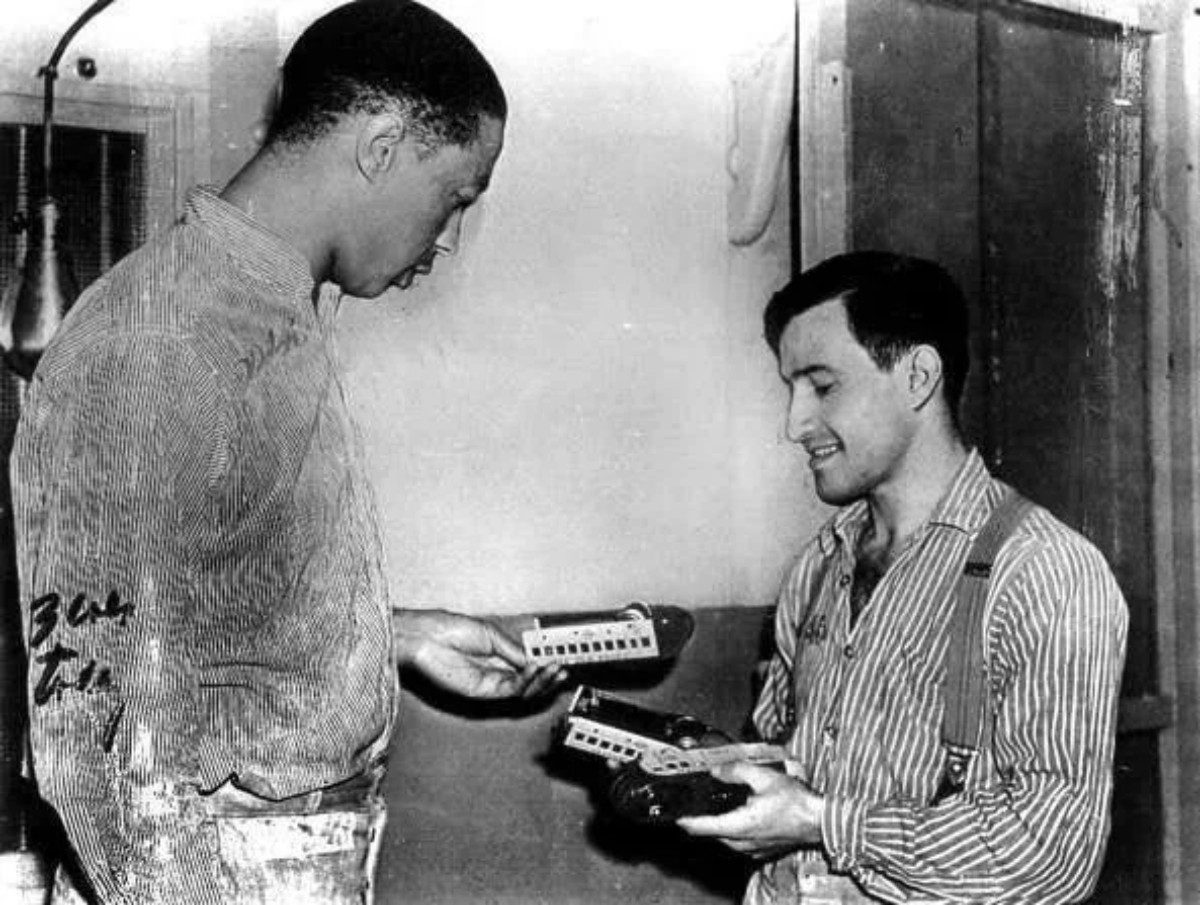 On the 6th of January 1939, the women of his family came to meet him. His mother cried in his arms, but Joe could not comprehend why and, on their departure, began playing with his train again. When asked for his last meal, he asked for loads of ice cream, and when the warden and others enquired about his feelings about his imminent death in the gas chamber, the 23-year-old man replied by saying, “No, no, Joe won’t die”.

When being taken, Joe Arridy requested his ice cream to be refrigerated. Promising to finish it off when he comes back. Smiling, he walked into the chamber, he got a little worried about being strapped onto the chair, but when the warden reassuringly held his hand, he smiled back at him. And smiling innocently, he left this world not knowing what was happening to him nor ever understanding what death was.

A Man Of Little Words

In years following Joe Arridy’s death, a bill was passed stating that the mentally disabled could not be given a death sentence. Robert Perske wrote and published a book called “Deadly Innocence?” in 1964 on the deceased innocent’s case. A non-profit group called Friends of Joe Arridy was formed that signed a petition to Governor Bill Ritter for the man to be given a rehabilitation pardon. The group built a tombstone where he was buried in Greenwood Cemetery at Woodpecker Hill in 2007. In 2011, the pardon was granted.

House of the Dragon Episode 8 Spoilers: Fate of King Viserys