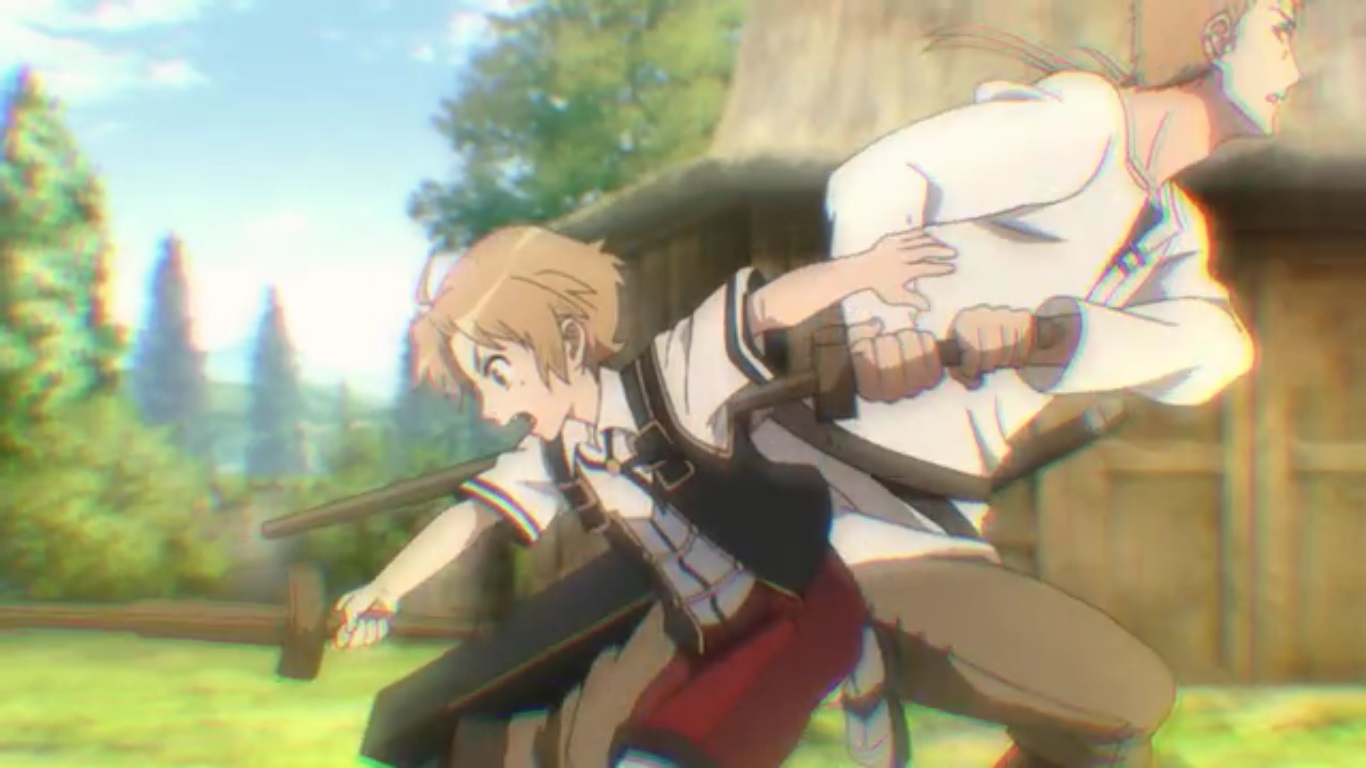 Jobless Reincarnation anime continues with the plot build up in Jobless Reincarnation Episode 4. The anime tells a story of a man who revives in a different world as a newborn child, “Rudeus.” From the beginning, the anime has followed a typical Isekai anime build up. Rudeus appeared as a prodigy who can even use magic before he can talk. After that, the story’s power dynamics came to light when Redus’s parents hired a mage to train him.

Redeus has proficient magic use, but his father wants him to be just as good in swordsmanship. So Redesu has been training with his father day-to-day. He even made a friend, and they have strong bonds together. But the last episode has presented a twist of events as now Redus has to separate from his friend, Sylphie. The anime has been slow in development so far, and only four episodes are out.

Redeus has the option to study at a magic university, but that would mean leaving Sylphie. So he suggested that his father pays tuition for both him and Sylphie, but when Paul refused, Redeus offered to find a job and work for the tuition himself. Apparently, the anime will take a change of setting. All events happened inside one small village where households are isolated. So all we have seen thus far is the events at the Rudeus family.

Jobless Reincarnation Episode 5 will release over the weekend, and for the first time in the anime, we will get to see other parts of this world. It is not yet clear where Rudeus is going, so we will find out more on that in the next episode. The latest episodes of the anime are always available from streaming online on Crunchyroll and Funimation. 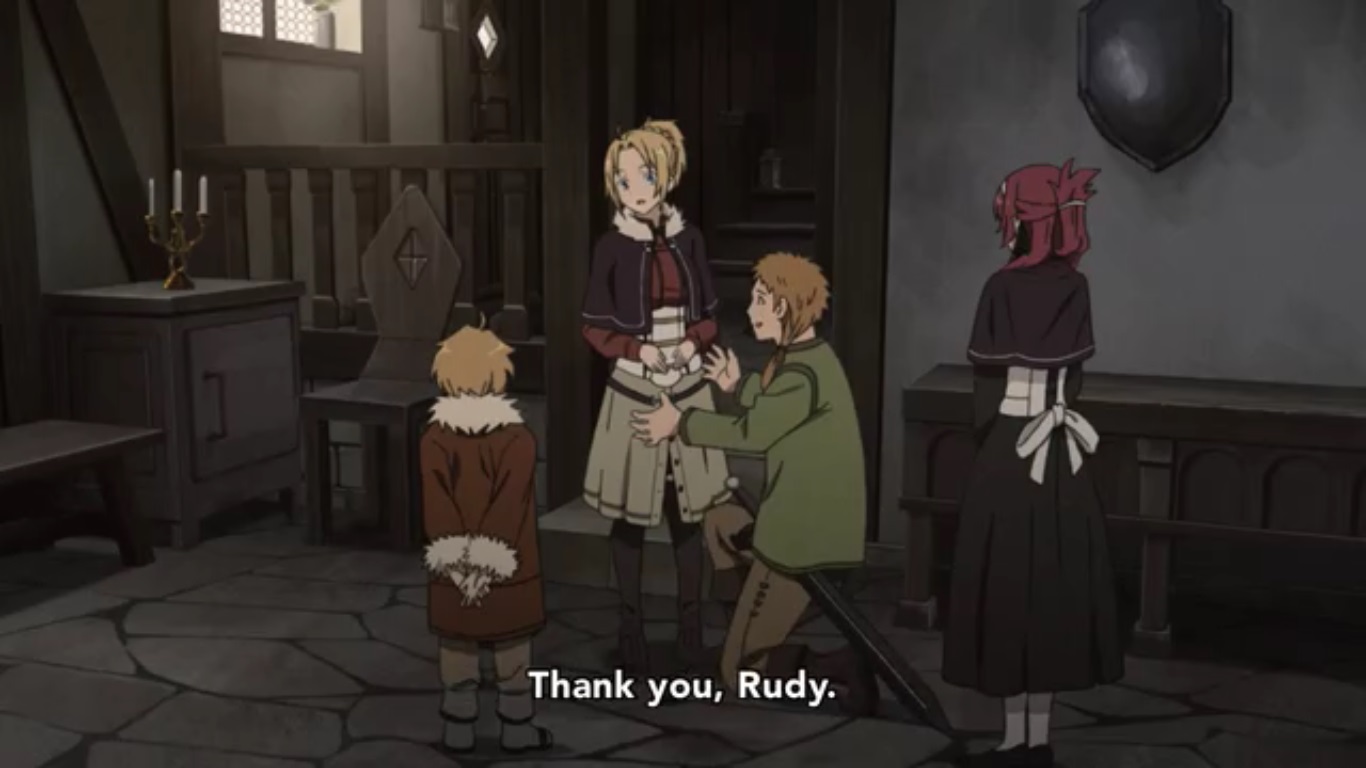 The anime took a dramatic twist in the last episode of the anime. Redeus lives with his parents and a maid on a farm. But in the previous episode, his father was having an affair with the maid. Matters got worse when both his mother and the maid got pregnant at the same time. Seeing this, Redeus defended the maid and criticized his father for his behavior. So his mother accepted the situation and still lived with the maid.

Things went forward to the kids’ birth, so Redeus now has two siblings he cares about. The anime did not focus much on the drama of the situation ad Redeus home but more on Redeus development as a mage. His siblings might be as gifted him, and now that he has left his home, the next time we see them, they might be strong enough to spar with him.

Paul is a master swordsman, and for him to get Redeus to leave, he had to beat him to unconsciousness. Redeus is a sweet talker, and he still has memories of his past life. He was a 40-year-old aged man, so he has a lot of experience. From the way he left, a mysterious woman who appeared to be Paul’s friend came to take him with her. So when he came to, he was in a cart headed to somewhere that we will find out in the next episode.

Lately, Redeus has noticed that he has not been improving his magic proficiency. He has been stuck and needs new ways to improve, explaining why he wanted to go to a magic university recommended by Roxy, her former magic tutor. 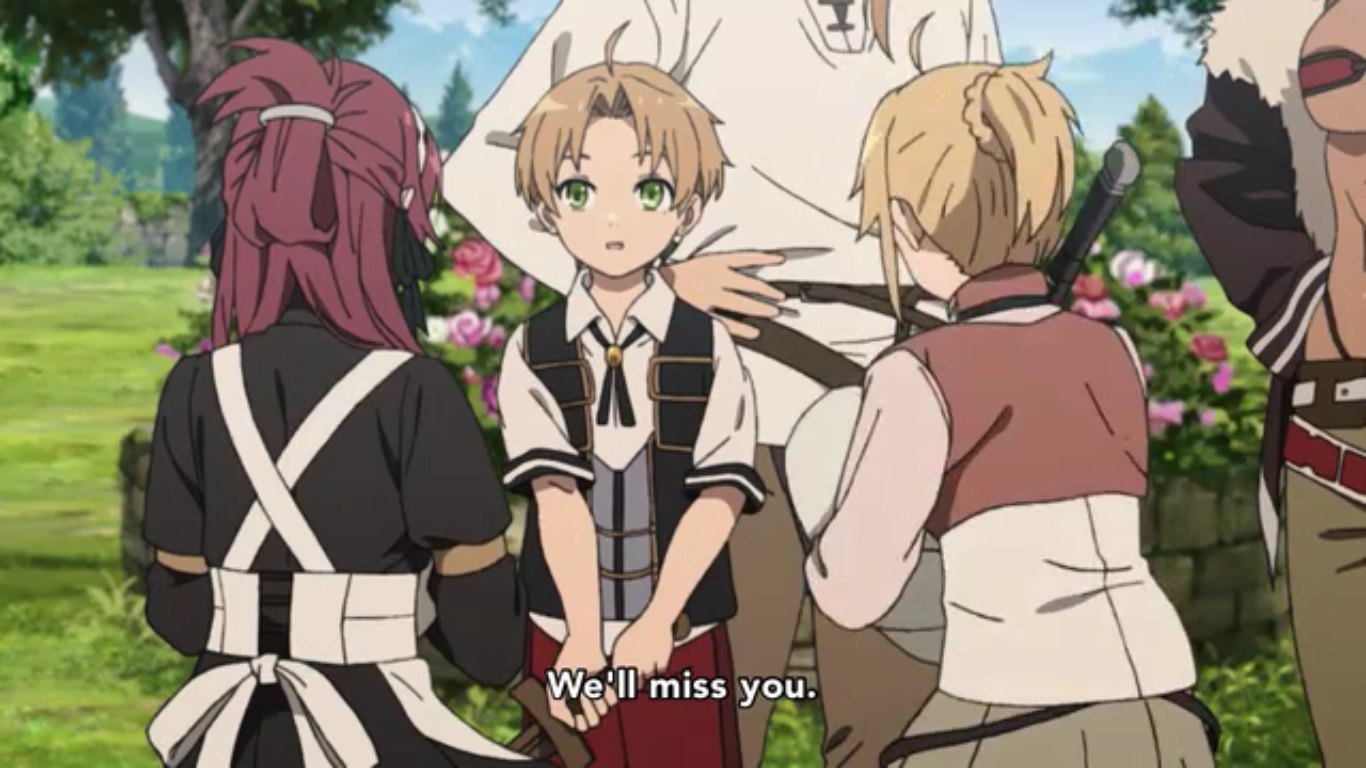 Redeus might be going for training somewhere else that could be better than the magic university. The woman who took Redeus with him appeared to be very strong. She had many scars, which she likely got through the battles she has fought so far. So she will be the one to teach Redeus magic and probably swordsmanship. We still don’t know where she is taking him, and we have seen much of the outside world.

But it is clear now that we won’t see Paul and the rest of the Redeus family for a while. So the anime will focus much on events in the outside world and Redeus personal growth. The next episodes will touch more on this so that we can find out more by then. For more updates on the anime releasing new episodes this week, you can look at our weekly anime news updates.