John Wick: Chapter 4 will be releasing in Cinemas on 21 May 2021. Furthermore, for those who don’t know Matrix 4 is also releasing at this exact same date. 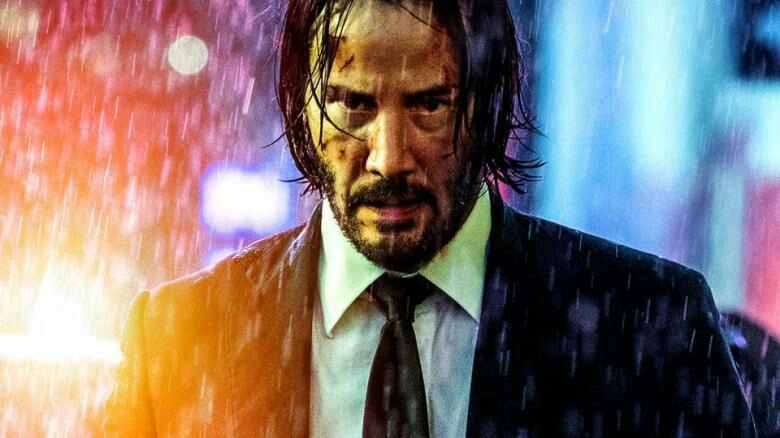 The movie is still in the early stages and it hasn’t even confirmed who will be directing the fourth movie but most likely director Chad Stahelski will return to helm the latest sequel. He co-directed the original John Wick alongside an uncredited David Leitch, and he took over solo directing duties for both John Wick: Chapter 2 and John Wick: Chapter 3 — Parabellum. But there is a proof that Stahelski will be returning in the newest installment as it as noted by The blockbuster filmmaker that during a Reddit AMA back in May 2019 that he would be involved with a fourth film should the third movie will be successful.

The cast of the film is still unknown but we can guess who might return in this movie. First of all Keanu Reeves because it won’t be a John Wick movie without Keanu. Laurence Fishburne will return and might even get more screen time in this movie at the end of the third movie it was clear that he would be in the movie. Furthermore, there might also be Ian McShane, Lance Reddick, and possibly Halle Berry, John Leguizamo, Asia Kate Dillion, Jason Mantzoukas and Angelica Huston. But keep in mind that nothing has been confirmed yet but we might get some news on that soon.

Will John Wick Chapter 4 Be The Last Movie?

Many fans have this question in mind for a long time. Well, the answer to that question is no because the director Chad Stahelski won’t be stopping after this. Furthermore, John Wick movies as mentioned earlier are very popular and it was just a small $20 million action flick into one of the biggest, most expensive and elaborate cinematic franchises in Hollywood. Furthermore, it was said by director Chad Stahelski in an interview that he and Keanu Reeves plan each movie one step at a time, trying not to get ahead of themselves thinking about the future. Also, Chad said in 2018 that he would like to continue this series “indefinitely.”

The story details about the movie are still unknown but the war against the high table has just begun with an old friend at his side John will most likely be targeting the overlords of that are after his life. There will most likely be some more lore introduced in this about this organization and how it came to be. There will most likely be many new characters is shown in this which might get revealed sooner or later. This is all just a theory nothing has been confirmed yet. But aside from all this one more detail was revealed but not on the film but instead of John’s fate

The fate of John Wick Revealed By The Director

“People ask me this all the time, am I ending the movie for a cliffhanger? Is there a number four it’s headed for? Keanu [Reeves] and I have never, from one to two, two to three, ever expected to do a sequel or a follow-up… John may survive all this shit, but at the end of it, there’s no happy ending. He’s got nowhere to go. Honestly, I challenge you right now, here’s a question to you: How do you fucking want me to end it? Do you think he’s going to ride off into the fucking sunset? He’s killed 300 fucking people and he’s just going to [walk away], everything’s okay? He’s just going to fall in love with a love interest? If you’re this fucking guy, if this guy really exist[ed], how is this guy’s day going to end? He’s fucked for the rest of his life. It’s just a matter of time.”

We have already provided you with all the available details, and the movie is scheduled to come out on 21 May 2020. It is almost one year since the announcement of chapter 4, but to date, there has not been any massive news that has come out about it. Nonetheless, we expect more details to come out soon.

1917: Release Date of Blu-ray And Features

The Way Back Release Date, Cast, Plot, And All We Know