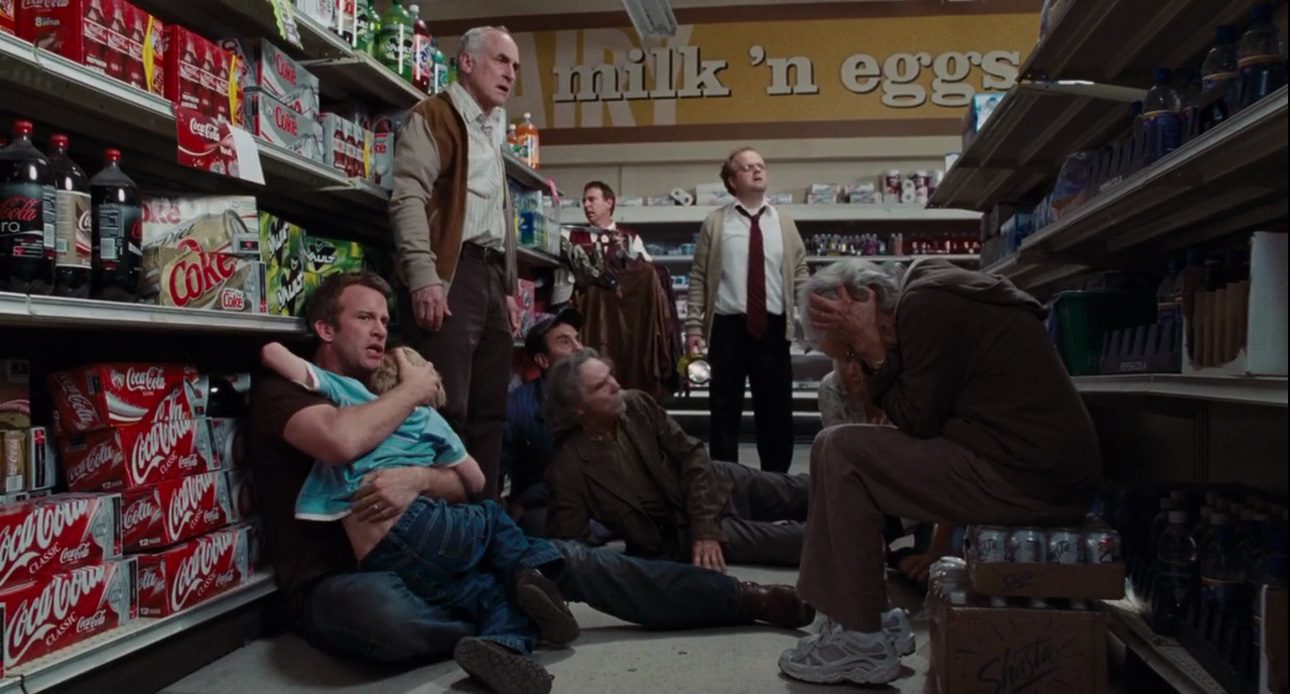 The Mist ending is surely a lot to handle, but we are here to explain it all. The film was released in 2007. The plot is taken from the novel called The Mist. It was written by author Stephen King. The movie combines the genre of science and function with that of horror, and the end result is just thrilling. Frank Darabont directed the story. The director has changed a few plot details here and there.

For example, the ending of the story in the book was not as horrifying as we saw on the screen. Stephen King also agreed to these alterations. Darabont has worked on plenty of horror films. But with this project, he wanted to create something new and exciting for the fans. Thus, he instilled some of the most creative designs for the antagonist creatures in the film.

Given the fact that The Mist is a normal monster film, there is more to it than that. We show how a human being is ready to do just about anything when there is a question of survival. The plot is set in a small town named Bridgton in Maine. Filming on the project was done in Louisiana. The Mist was shot at Shreveport. We can say that it was a success at the box office. The initial budget for The Mist was 18 million dollars. It received more than 57 million dollars at the box office. 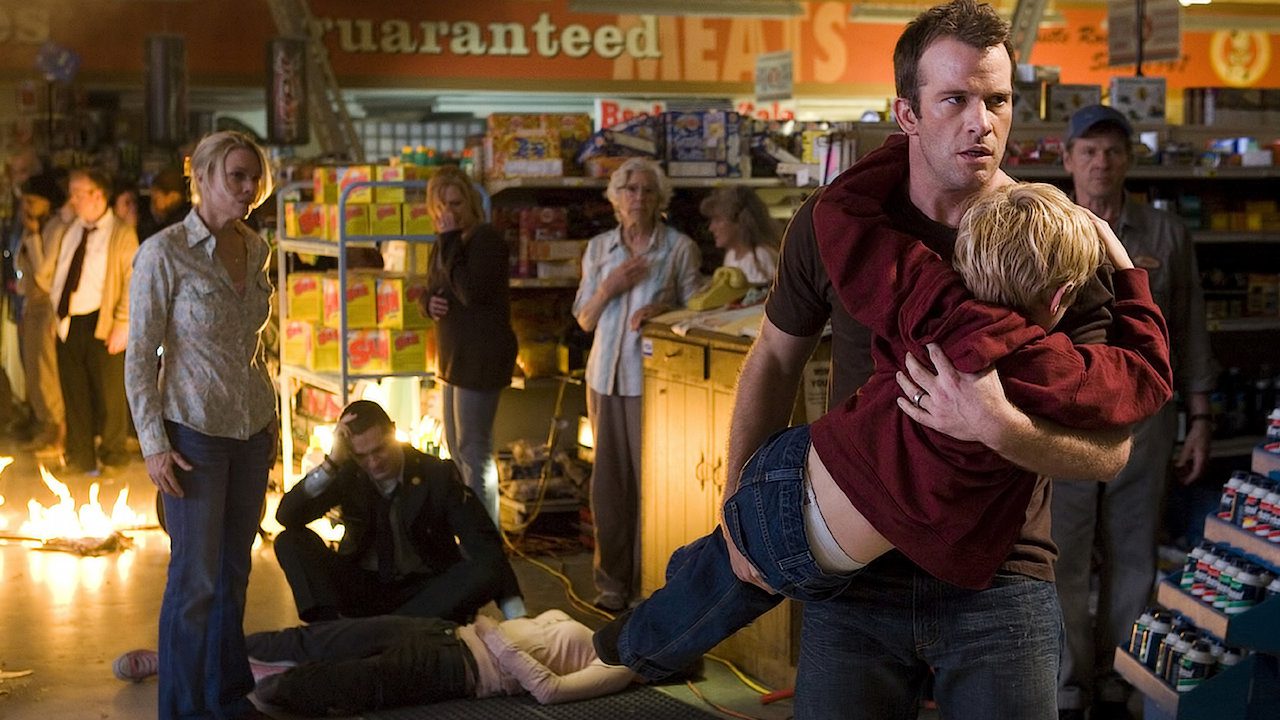 A still of David with Billy, among others, in the Supermarket

As for the cast, we have Thomas Jane reprising the role of David Drayton. He works as a normal painter. During the night of the thunderstorm, when the movie begins, he is one of the people who gets trapped inside the supermarket along with his son Billy. Then we have actress Marcia Gay Harden enacting the character of Mrs. Carmody. She happens to be a very religious person and believes that The Most are actually an incarnation of God. Laurie Holden plays the part of Amanda Dunfrey. She has a very bold personality and even carries a gun with her at all times. Amanda is appointed as a new teacher at the local school in Maine.

Also Read: The Terminal List Ending Explained: Did Reece Get His Justice?

The story begins with David Drayton. His family takes shelter in the basement of their home while a severe thunderstorm is happening all over Maine. The next day, when the natural calamity subsides, the family witnesses the ruins. Along with that, a curious mist has formed all over the lake. David and his son leave for the supermarket in order to buy some supplies to fix their place.

Their neighbor Brent also goes with them. At the store, there is a lot of commotion given the situation Maine is in right now. Dan Miller rushes inside the supermarket and warns everyone about the dangerous mist forming over the lake. The owner closes the supermarket soon, but the mist has engulfed the store by then.

One of the people called Norm goes out in the mist to fix the exterior of the store. Although, a creature with tentacles grabs him, and he disappears into the mist. David and Ollie take the charge and try to safeguard the supermarket against this mysterious force of The Mist. Meanwhile, Mrs. Carmody starts preaching how God has reached out to them through this.

Whoever leaves the store dies almost immediately. David starts thinking of some solution to this problem and forms allies with the people inside the store. We see Amanda and Irene, the new teachers, in an argument with Mrs. Carmody over her beliefs about God. Ollie takes the revolver from Amanda as he is a regional shooting champion.

Did David Save Everybody?

As the night dwells, the danger increases, and we can see the creature multiplying in various forms. This movie feels like a fast-forwarded version of Stranger Things. We see a military man describing to the people at the store how the government was trying to open the door to another dimension (upside down). They might have succeeded in their task, and thus, the creatures are attacking our dimension. Mrs. Carmody has gone insane and is trying to provide sacrifices to this supposed God.

David goes out of the store to find a solution but does not seem to get any Thinking that they will all die a gruesome death eventually, the group decides to kill themselves. Although, the US Army intervenes in the situation and closes the door to other dimensions rendering all the creatures harmless and dead. Although, by this time, David had already killed his son and friend and screamed in agony because they could have been saved just a few moments later.

Also Read: The Mist (2007) Filming Locations: Where is the Psychological Horror Movie Shot?