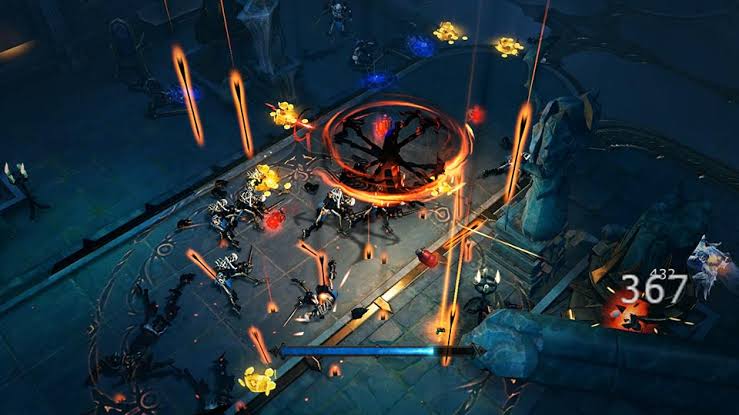 Diablo Immortal is set to released soon for mobile phones. It is a game that is made by the Blizzard franchise. In this post, I’ll be discussing the Diablo Immortal release date, trailer, and all other details regarding this subject. Before we begin, please note this post may contain official spoilers from this upcoming game. If being spoiled is not for you, I suggest that you stop reading the post here. However, if spoilers don’t bother you, we can get started. Also, note that we did not create the spoilers or leak them.

Diablo Immortal Release Date will be released in Fall 2020. This new game is already available for pre-registration on mobile phone platforms. There is no official word on the release of the game officially, but it is clear that it is going to be released in 2020 only. Now that the testing is well and truly underway, we’ll soon get this new game. When the game comes out, it is not known yet whether we’ll have to pay for it, for is it going to be free from such trivial payments.

Diablo Immortal was expected to release in Mid-2020 or earlier, but because of the ongoing Coronavirus Pandemic, the game might be delayed to Fall 2020 or early 2021. The game is already available for pre-registration, as we have mentioned earlier. The game is still in development as the developers and team will be working on fixing the bugs and errors before the final release.

All the work is being shifted to home; this includes game testing, production, and so on. This is to the health of the crew in mind. We are going to update this post again, soon as we have any further updates on this.

There could be some small transactions within the game as if we want to buy some extra features; we might have to pay for them. When the makers of this game were asked about whether or not the game will have such payments or will the game be free to play or not, he said that right now they are focusing on making a superb game and they haven’t yet thought about the business part of the game.

The developer shared the following video, with the following statement on Youtube. “Take a sneak peek of the latest gameplay of Diablo: Immortal. Your character will be a unique, original hero who allies themselves with the remnants of the Horadrim, aiming to prevent the enemies of Sanctuary from reclaiming and controlling the Worldstone. Stand together with others.”

What is Diablo Immortal about?

This game is a typical MMO game where we have to slash and hit our enemies. We don’t have such games with high graphics for phones, and this is where Diablo Immortal stands out. It brings awesome graphics and gameplay to our mobile phones. This game is based in a world of Sanctuary where we have to battle various enemies like demons, defend ourselves and fragments, and, most importantly, collect loot as well. Diablo Immortal timeline will be in between Diablo ll and Diablo lll. Those familiar with the game will be able to know what exactly am I talking about. Do mention your thoughts regarding the Diablo Immortal; as soon as the official release date is announced, we’ll share it with you guys.