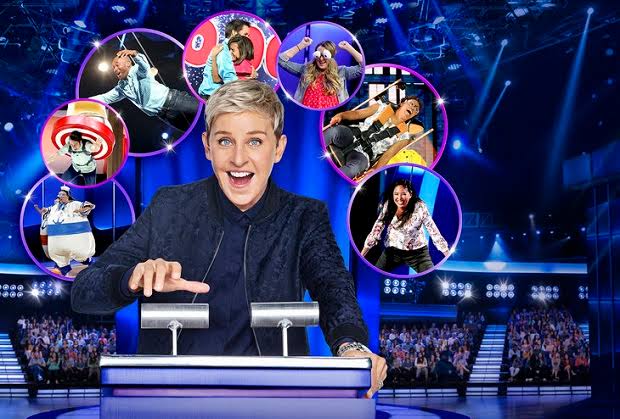 Ellen’s Game of Games is all set to release it’s sixth episode of the 3rd season. Last week, as we discussed the releasing time, platform, and other details of the 5th episode of Ellen’s Game of Games Season 3: ‘Another One Bites the Crust’ that released on January 28, Tuesday, we will be doing the same today about the upcoming episode. Ellen’s Game of Games has continuously kept a great fan base, making people look forward to watching it every Tuesday evening. The article contains spoilers, so proceed forward at your responsibility.

When is Ellen’s Game of Games Season 3 Episode 6 Releasing?

Ellen’s Game of Games is an American comedy game show created and presented by Ellen DeGeneres, whose first season premiered on NBC on December 18, 2017. The upcoming Ellen’s Game of Games Season 3 Episode 6 is titled as ‘Ain’t No Mt. Saint Ellen High Enough’ and will be airing on February 4, 2020, at 8:00 p.m. ET on NBC.

Where to Watch Ellen’s Game of Games Season 3 Episode 6?

The show is based on game segments from Ellen’s daytime talk show, ‘The Ellen DeGeneres Show’. You can watch Ellen’s Game of Games Season 3 Episode 6 on NBC, whose first episode aired on January 7, 2020. It can be streamed online on NBC. Each episode is approximated to be of 60 minutes and is gaining a lot of appreciation from the audience.

The show premiers on DirecTv, NBC official website, USA Network, Sling TV, Hulu, and Fubo TV as well. The episode can be streamed at unofficial platforms as well, but in that case, it won’t benefit the creators of the series much. Therefore we will advise you to avoid using pirated sites.

What is Ellen’s Game of Games Season 3 Episode 6 – ‘Ain’t No Mt. Saint Ellen High Enough’ about?

The show promises to bring fun, laughter, and unpredictable twists with all new surprises. In each episode of the show, the contestants take part in one of the four preliminary games, the winners of which advances to the semifinals round to play the game ‘Know or Go’. The finalists play the ‘Hot Hands’ game and get the chance to win $100,000. Ellen DeGeneres hosts the show with Stephen’ twitch’ Boss as the narrator.