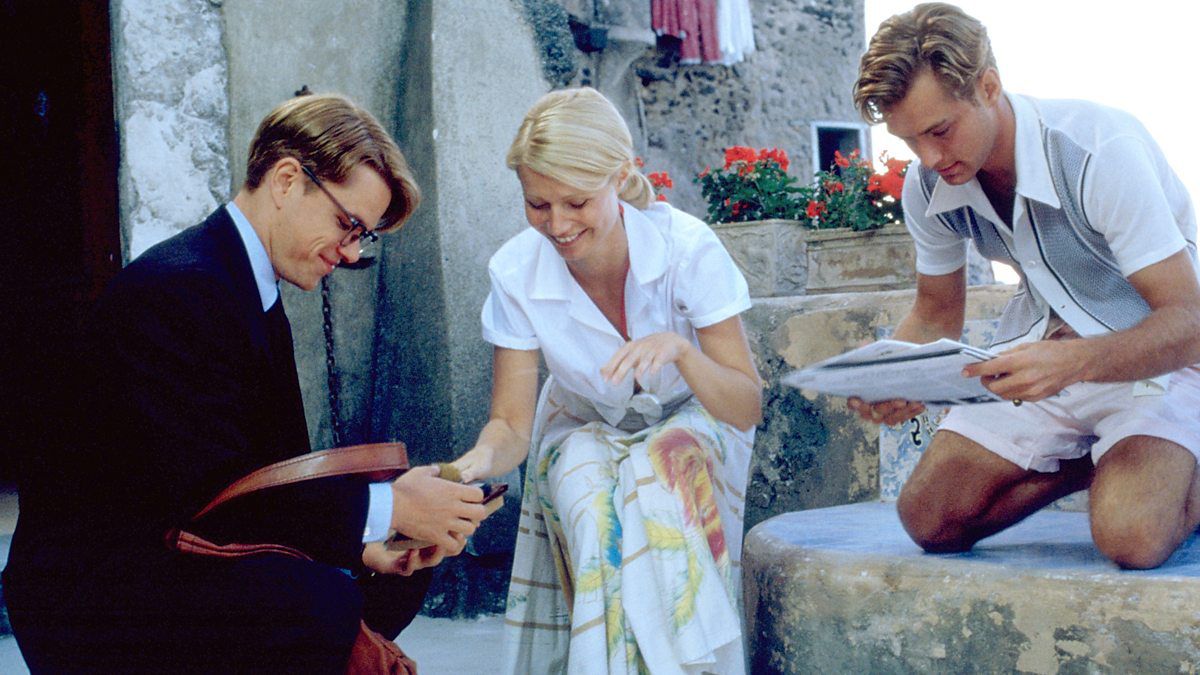 The Talented Mr. Ripley ending is a bit confusing we admit. Thus, we will simplify it all for you. The movie has elements of psychology as well as thrill. Anthony Minghella directed the tale. The story is taken from a novel of the same name which was published in 1955. It was written by author Patricia Highsmith. This project was led more than 2 times until landing on a final version.

The majority of the filming for The Talented Mr. Ripley has taken place in New York City from the start. As for the later scenes, the cast and crew moved to Italy. The beautiful cliffside resort town of Positano can be seen in the movie. Other than that, the project was also filmed in various villages throughout the country. We see locations such as Ischia and Naples. These places reprise a fictional location in the story called Mongibello. 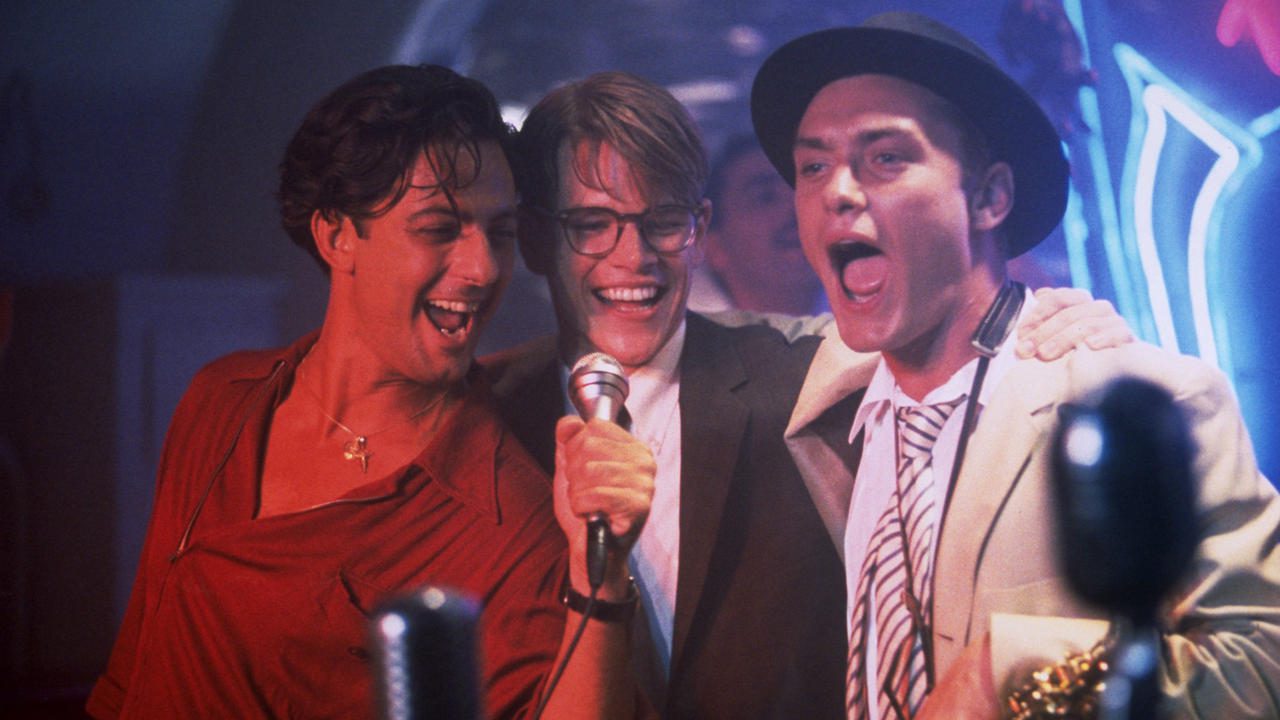 A still of Ripley, Dickie, and Freddie in a party from The Talented Mr. Ripley

The plot begins with the titular character himself. We see Mr. Ripley performing at a party. He is seen wearing a Princeton jacket but it was not his. One of the elite guests at the party named Herbert Greenleaf approach him to inquire about the jacket. He thinks that Ripley might have attended the school too just like his son Dickie. After having some meaningful conversations, Greenleaf is impressed by Ripley and recruits the pianist to travel to Italy with him.

It is also the place where Dickie settled after graduating. Herbert wants to persuade his son to return to the United States. While on an Italian ship, Ripley starts pretending that he is Dickie. Here, an American socialite named Meredith Logue takes an interest in him. While on the beach of the Italian village Mongibello where Dickie is living, Ripley stays as well. Soon, we see the friendship between Dickie and his girlfriend grow with Ripley.

Marge Sherwood is with Dickie. She claims that she used to study at Princeton with her boyfriend. Obviously, anyone would start enjoying the extravagant lifestyle being lived by New York’s elite class. Soon, Ripley starts getting comfortable with that and eventually becomes obsessed with his life. Soon, Dickie grows tired of him and tries to ignore him. He starts spending time with their other friend named Freddie Miles. It can be clearly seen that Freddie and Ripley dislike each other. Dickie comes across various instances where Ripley tries to replace him and this all starts creeping him out.

Later, Dickie is caught in a scandal. He gets into physical relationships with a girl who becomes pregnant. When Dickie refuses to do anything about it, the girl, scared and lost, drowns herself. Although, the town does not know the cause of her death except for Mr. Ripley. He promises to keep this incident a secret. Now, Herbert cuts off the funds for Dickie as he has not brought his son home yet.

How Did Ripley Save Himself From The Lies?

Dickie asks Ripley out to Sanremo. When they are on a boat, Dickie tells about his plans to marry Marge. But Ripley says he is doing that just because he is confused about the feelings that they have for each other. While getting into a serious struggle, Ripley kills Dickie with the help of the boat’s oar. After this, he takes off his belongings and scuttles the boat away.

After Dickie’s death, Ripley starts living as Dickie himself. He is able to forge a letter to Herbert asking for allowances. He also checks in one of the hotels with two rooms, one for Dickie and one for Ripley. After spending a lavish life, Ripley comes across Meredith in a Gucci store and the two hit it off. Well, he had to break up with her because she is an elite and knows people from the inside who would recognize Ripley’s fraud.

Soon, Freddie comes seeking Dickie and understands everything that is going on. He kills Freddie and a thorough investigation starts. Ripley goes to Venice with Marge where the two are reunited. Peter is one of the elite and Marge’s friends. After getting cleared of his crimes, Peter and Ripley start a relationship together. But he gets to know about everything and had to kill Peter in the end as well.

Also read: Evil Season 3 Episode 4 Ending Explained: Who Is The Demon of the Road?