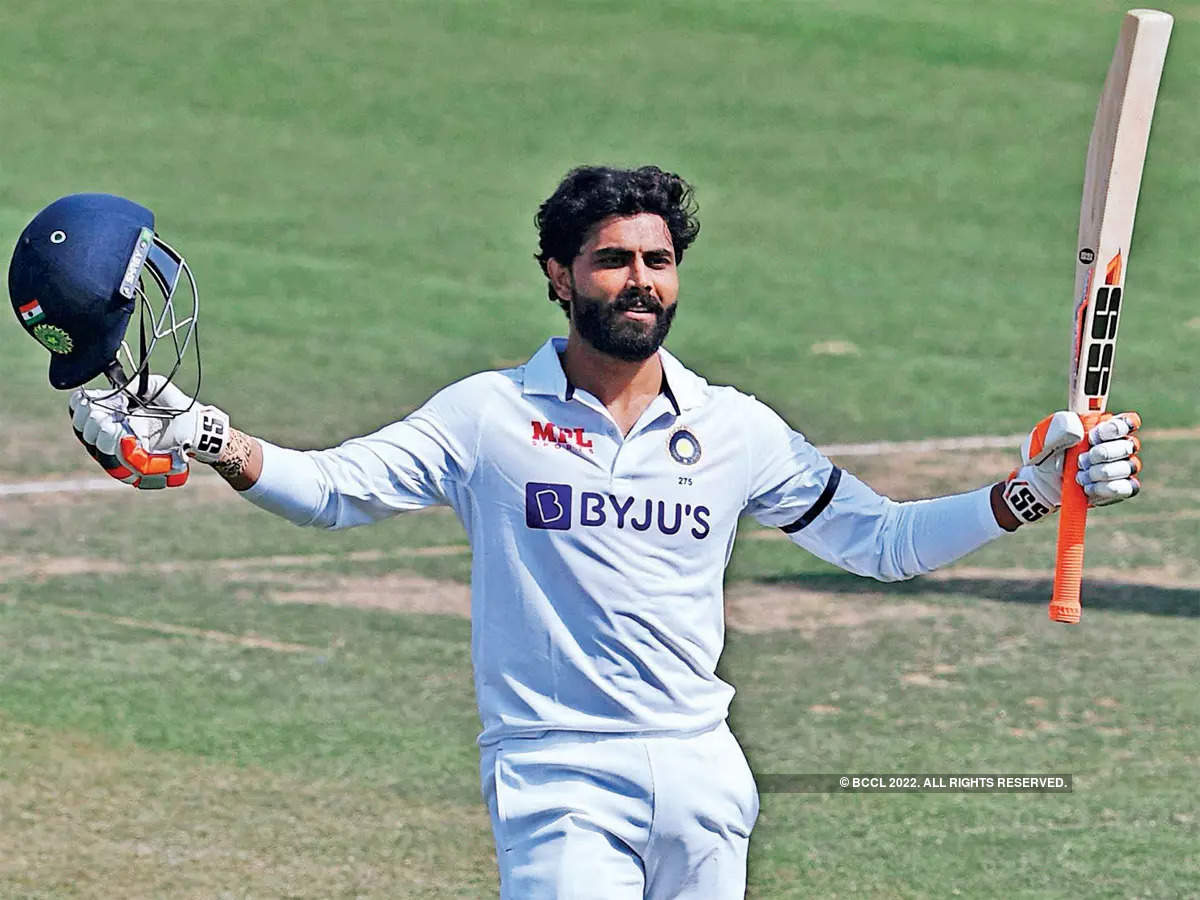 In this article, we will give you insights into Ravindra Jadeja’s net worth. Ravindra Jadeja is an Indian cricket player who is commonly called “Jaadu” by his fans and followers. He is an all-rounder cricketer and has been a reason behind many victories of the Indian cricket team recently. In India, people are crazy about cricket, and cricketers have a huge fan following.

Ravindra Jadeja debuted on the national cricket team as a left-handed middle-order batsman and slow-left-arm orthodox bowler. In the Indian Premier League, he plays for the Chennai Super Kings and is considered one of the strongest players on the team. With his excellence and skills, he has earned the top position in the ranking of cricketers and has become one of the richest cricketers in the world.

Ravindra Jadeja was born on 6 December 1988 in Jamnagar, Gujarat. He spent his childhood in tough times as his family was not financially strong. Because of the family conditions Jadeja’s father wanted him to serve in the army, while his mother wanted him to be a successful cricketer. Unfortunately, his mother could not see him in the National jersey of India as she died in an accident. 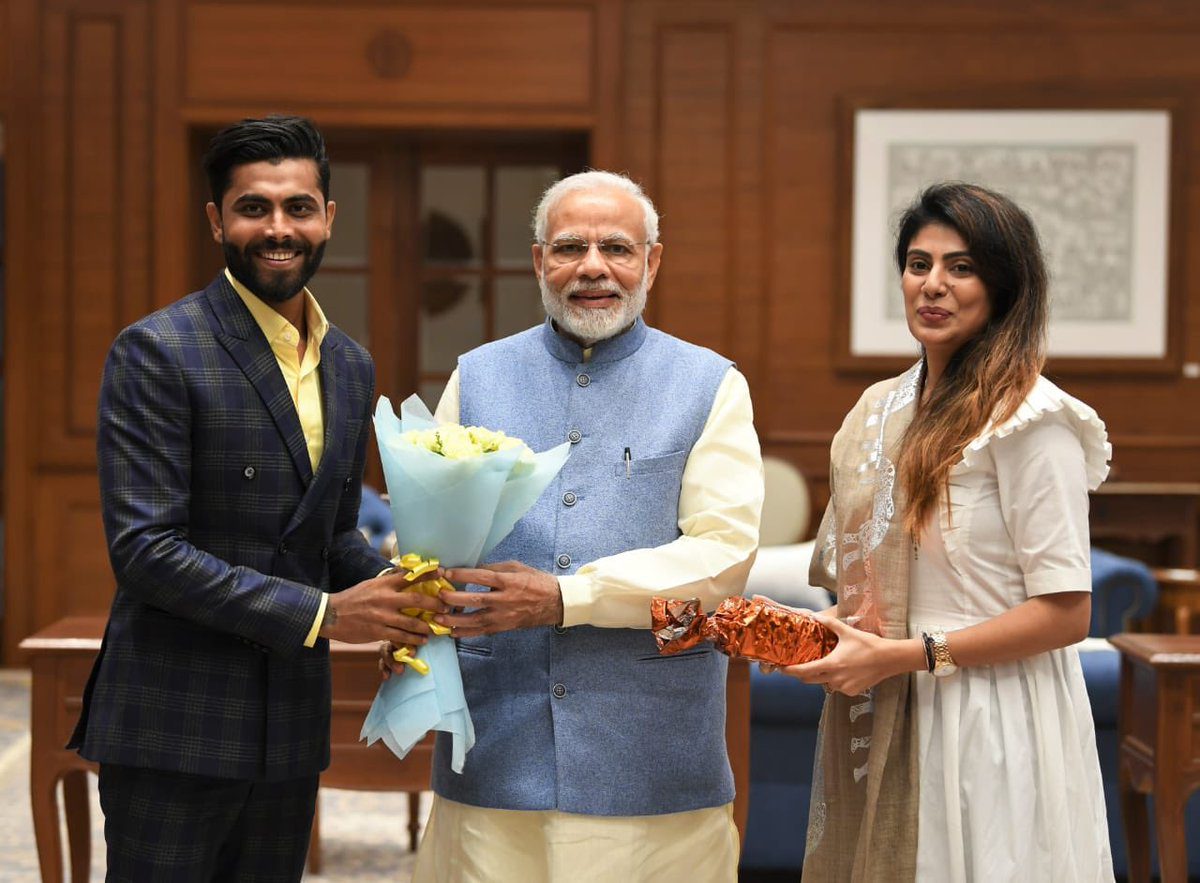 Ravindra Jadeja and his wife with PM Modi

On 7 April 2016, Ravindra Jadeja got married to Rewa Solanki. The couple has a daughter together. Soon, Rewa Solanki entered politics and became a member of the Bharatiya Janata Party. Nowadays, she is involved in several social works and activities.

Ravindra Jadeja’s net worth is estimated to be $13 million in 2022. His income has increased by 40% in the past few years. The primary source of his income is his cricket career. Recently, Jadeja has come out as one of the most consistent and powerful players on the team and has been the reason behind many wins for India. A sudden increase in his income and popularity is the result of his excellent performance in cricket matches. 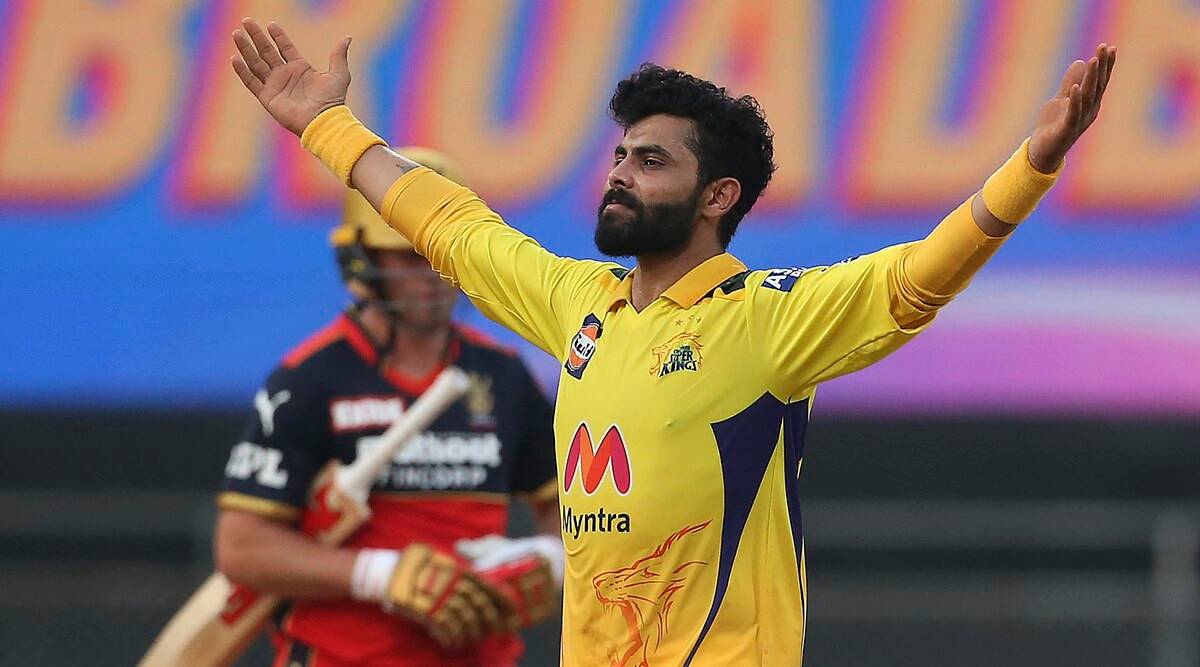 Aside from his cricket career, Ravindra also earns from the sponsorship and marketing of various brands. In the coming years, you can expect to see more rise in his net growth and assets. Ravindra Jadeja is at the peak of his career and giving her best in all kinds of matches.

Being one of the most popular and richest cricketers in the world, Jadeja owns many properties across India. He owns a luxury home in Jamnagar, Gujarat. However, the worth of his home is not disclosed yet. His luxury home is a four-story building and features a beautiful lawn, a horse-riding place, a gym, royale interiors, and a lavish living room with antiques.

Just like his too royal to be a real home, Jadeja has one of the most luxurious car collections. Ravindra owns one of the best car brands in the world. His rare car brand collection includes Black Hyundai Accent, White Audi Q7, BMWX1, and Hayabusa Bike.

Also Read: Sebastian Vettel’s Net Worth: How Rich Is The Person In 2022?