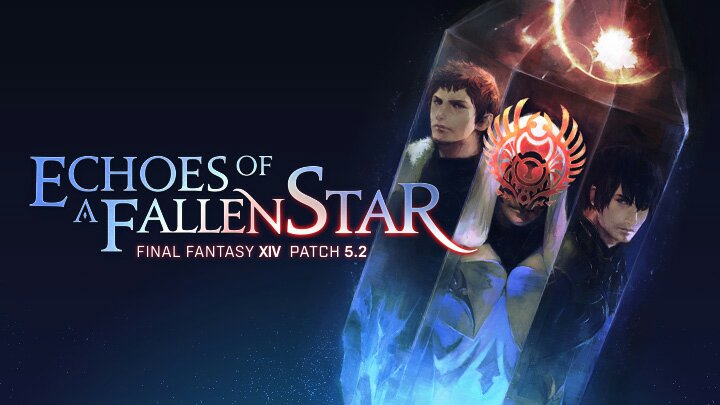 The patch notes for FFXIV 5.2 Update is here, and this is a very big update that has a lot of content in it. The stuff that will be coming will include an overhaul to the game’s crafting and gathering systems. The developers, Square Enix, haven’t given us any proper information imin these things like details on the ocean fishing and what changes will come to the crafting and gathering systems. But do worry, as we will be getting more info on it very soon. So, let’s see what content awaits us in update 5.2. – Echoes of a Fallen Star

This will be a main quest in the game and the details few details on it like The Scions are waiting for the Exarch to return them home and are trying to keep themselves occupied.

This will be a new raid Dungeon, and its story details have been unveiled. Ryne has taken control of gargantuan sin eater known as Eden and is continuing her journey to restore the dormant elements of the Empty, with Urianger, Thancred, and the Warrior of Darkness by her side. They will have to find out the secret that surrounds the awakened young woman.

In this dungeon, the player will have to find the forgotten knowledge that even unknown to the Ondo.

• Chronicles of a New Era

– The Sorrow of Werlyt

The war between the Garlean Empire and Eorzean forces is reaching its ending. But the Garlean now has released its twisted experimentation, which is a brutal Warmachine that exists only to destroy. This is the only story details revealed about them, but it hasn’t been revealed what role the player will be playing in it.

Clad in crimson and armed to the teeth, the Ruby Weapon represents the latest advances in Garlean military technology. But what dark depths has the Empire plumbed to obtain such power?

Save the Queen: Blades of Gunnhildr

For many years, the homeland of the Hrothgar, Bozja, has been ruled by the Garlean rulers with any iron fist. But now the people of Doma and Ala Mhigo are rising against the Empire because of them been in disarray. But Bozjans doesn’t have the strength to join the rebellion, but one thing can unite their people, which a Legendary weapon.

The release date for Final Fantasy XIV Update 5.2 is 18 February 2020, and with it, we will also get some more details on the update too.