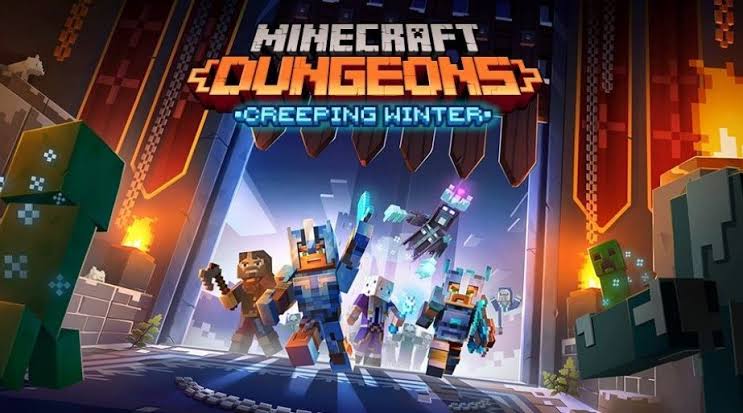 Minecraft Dungeon is a game that was awaited by many people because of its light tone and it been a spin-off to Minecraft. It was an ARPG that was had very good reviews for its graphics which can be played with friends to have fun. But there were some critics to it mostly because of its lack of gameplay depth which is one of the most important things for an ARPG game. The made some buzz upon its release but its hype kind of died down shortly.

The developers didn’t take notice of that because they were planning to release new updates for the game. It got its first DLC which was called Jungle Awakens that added a lot of content to it like three new missions, new weapons, armor, as well as artifacts that the player could discover. But it wasn’t the end as Mojang unveiled the new DLC that is coming for the which is named Creeping Winter. This was revealed in a trailer that showed the new things that were coming with ita ND for those that haven’t watch can do down below.

In the latest Mojang Studios, Minecraft Dungeons Diaries, the team behind the game explained what the player will be getting in the next update for a whole six minutes. Alongside the Creeping Winter update, there is going to be a free update that is said to be very big and it will be adding two big new features to the game in Daily Trials and new merchants. These new merchants will be Blacksmith and the Gift Wrapper. The Blacksmith will be able to upgrade the players’ items and on the other hand, Gift Wrapper will allow all the players to trade their items with other players in Minecraft Dungeons’ multiplayer 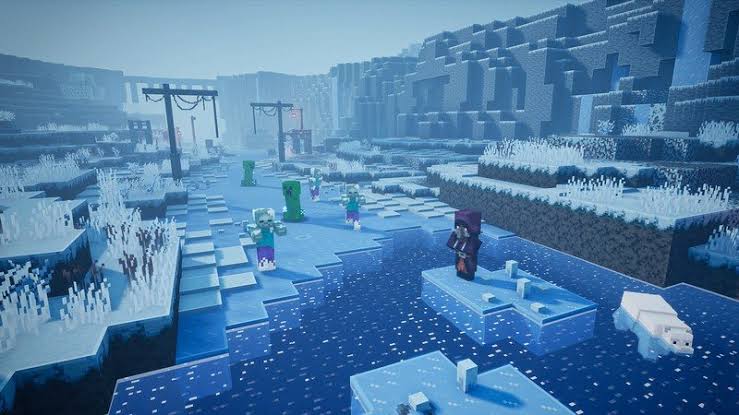 Furthermore, merchants can now be leveled up which is a good thing because they will have additional items available for the players. Daily Trials will feature a daily challenge map and it will also experiment with many in-game features. As for the DLC, the developers also explained it in detail. In the beginning, they say that the Winter biome will be added and alongside there are going to be new mechanics like slippery ice and water that can freeze the player instantly. The enemies will have an attack which will be based on the ice-theme of the DLC and they will be throwing snowballs, make ice blocks above the player’s head. Some enemies might not have these type of attacks but their appearance will be changed to match the theme of the DLC

The Creeping Winter DLC will be releasing on 8 September 2020 and the price of it has also been revealed which going to $5.99 at launch. Those that want to buy the complete game it is available for $29.99. This is that high of a price for a game like Minecraft Dungeon and with its content updates, Mojang is making this game very good. If you are into these kinds of games it is a good pick but that is if have other amazing ARPG otherwise play the other games first because they are superior in every way.