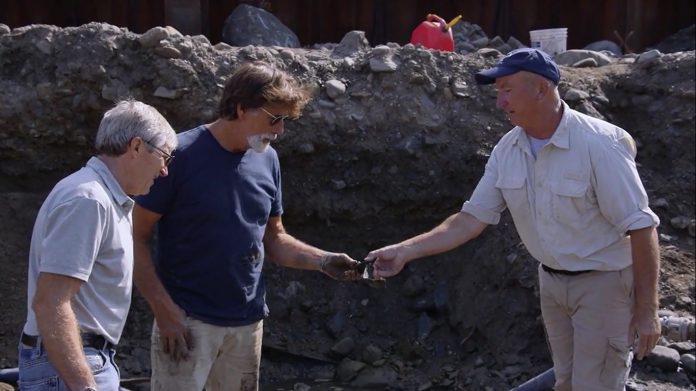 In this post, we are going to talk about The Curse of Oak Island Season 7 Episode 13 release date, preview, and streaming details. The show is supposed to release another episode in the next week, and we will be discussing more details about the upcoming episode ahead in the article. Therefore, it will also include spoilers, which might not be suitable for everyone. Hence, only read ahead if you are okay with spoilers. Now, let’s get started.

The previous episode was another thrilling episode where we saw several new findings. First of all, we got to know that the new details are emerging as they suggest that there was French activity on Oak Island a long time before the Money Pit was discovered. Moreover, the crew also managed to confirm that the swamp was made by humans hundreds of years ago. Well, that is some good stuff to know, although everyone is more interested in what happens next.

So, in the next episode, we will see an ancient tunneling tool in the swamp as Gary finds it. It would be interesting to see what kind of tools were used back in the era, and more details are awaited. Also, the crew has found out several more solid proofs about the Money Pit, and even the pinpointed location of the place. So, we will be interested to see how it goes!

Here is the official sneak-peek to the upcoming episode showing Gary’s latest findings, so check that out below!

Index of The Sinner Season 3 With Episode Schedule, Plot, and Streaming