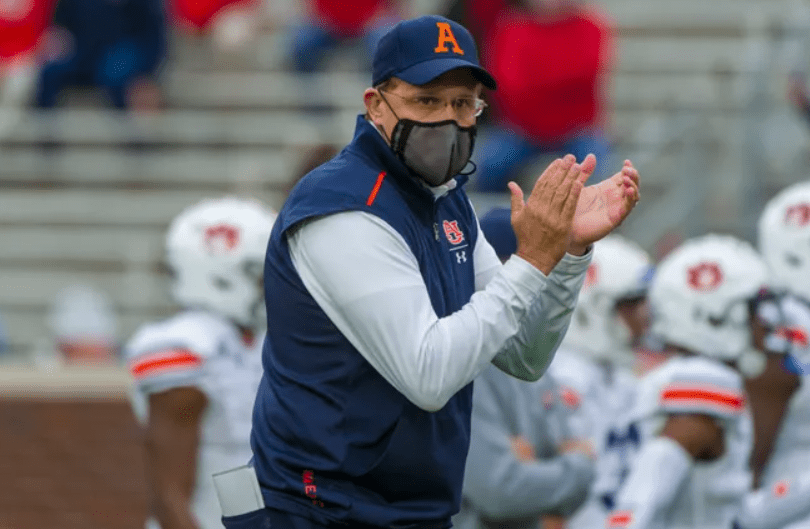 Auburn had a lot of reasons not to sack Gus Malzhan, who still has four years remaining of his seven-year contract, a $49 million extension. But things did not work out for him, he gave the program a strong reason to move away and start something new.

Jay Gogue, who is the school president, and Allen Greene, who is the athletics director, fired Gus after a proper analysis of his tenure on Sunday. Sacking Gus after eight long seasons came to an end of an uncommon and annoying season that had the Tigers end their season at 6-4 following the final of the season against Mississippi State.

The record included three clinical losses with the ranked teams’ Texas, Georgia, and Alabama, additionally another loss to South Carolina, they also fired Will Muschamp, the head coach, before the end of the season.

Guz had a seven-year contract that was agreed to and signed by him in December 2017 after making Auburn the winner of the SEC West title. It included seventy-five percent of the deal guaranteed. His buyout for the current month is $21,450,000, with fifty percent of the amount owed within thirty days of him leaving and the rest to be paid in four installments. The university announced that he would be paid the remainder of the contract money.

Greene said that after evaluating the current situation of the Auburn football program, they decided that it was the right time to change the leadership, he appreciated everything that Gus has done for the program for eight long seasons. The search for a new coach that can compete at the highest level will begin soon. In the meantime, Kevin Steele, defensive coordinator, will be the head coach as the university starts its search for a replacement for Gus Malzahn.

Tumbling From the Start

Auburn began this strange season with the COVID-19 pandemic in the background. They were on the line border of making it to the top 10s, but they collapsed out of the rankings within the first month when the game began. After the 26-7 loss, the team managed to defeat Arkansas by a small margin in the next week. The loss in front of 2 victories Gamecocks ended up in one of the most bizarre in Gus’s career as a coach.

Some of the sources told Chris Low of ESPN that Gus was informed about his sacking on Sunday before the team meeting. Kevin Steele, who is the defensive coordinator, will take over as the head coach for now. Gus ended his tenure with a 68-34 record. He is supposed to get $21.7 million, and half of the amount will be given in the initial thirty days.

The program got to the BCS National Championship in 2013 in the first season and gave good competition in 2 other New Year bowl plays. Guz made a seven-year contract which was $49 million in December 2017, and in that season, Auburn became victorious in 10 games and made its appearance in the championship game. But in 2018 and 2019, the Tigers fell short in the two seasons and ended up securing fifth and third positions in the SEC. 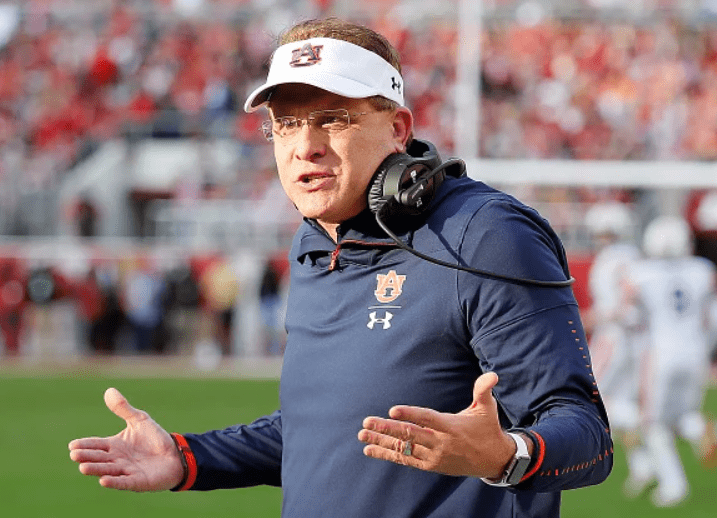 Gus’s up-tempo attack, he even penned a book on it, and it became popular as generalizing as a coordinator and head coach. He was reserved and aggressive at some point, and since 2018 Tigers have managed to get the seventh position in SEC. Another point that must be taken into consideration is that Gus was struggling against other good teams in the SEC, as the Tigers got a combined 8-17 against LSU, Georgia, and Alabama. Additionally, Auburn had 20-24 against other teams that came in the game with a record of winning.

All that said, Gus was among very few coaches in the SEC who was successful against Nick Saban’s Alabama. Since the 2013 season, Saban had 65-6 against other opponents, and three of them were against Auburn itself.

Jay Gouge, the president of Auburn, said in a statement that Guz Malzahn, the coach, guided Auburn Football with complete probity and honor. Furthermore, he added that he appreciates Gus’s services to Auburn University and Auburn Athletics, specifically to their student-athletes. He also wished Gus and his wife, Kristi, all the best in their future endeavors.