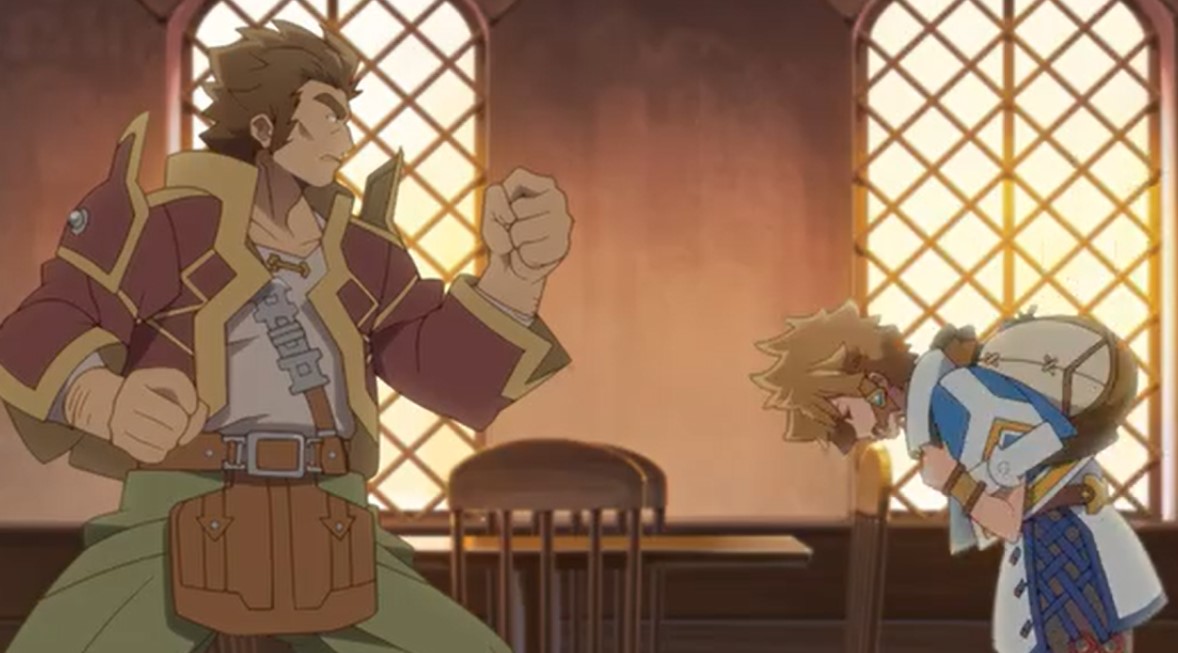 It is the first day of school, and Merthohan is having trouble with Riho and Selen; they realize that Lloyd has failed. Only Marthohan doesn’t understand. He thinks that Lloyd is just skipping classes. Riho and Selen got carried away by the idea that Lloy is just skipping class, and they doubt that he has failed or pass. Due to confusion, Merthohan said, those who are not here, raise your hand.

He said that, raising his hand and Cholen kicks his butt telling him to address the students. She then sends him to give the students their pamphlet. Cholen said that the kingdom of Azami is on the brink of war with their neighbor, the Jiou Empire. At the same time, Merthohan thinks that without Llyod, their nation’s military force is ruined. Riho thinks that she was going to make a fortune by using Lloyd.

Suppose a Kid from the Last Dungeon Boonies Moved to a Starter Town? Episode 3 Release Date and Recap

Suppose a Kid from the Last Dungeon Boonies Moved to a Starter Town? Episode 3 will be released on Monday, 18 January 2021, at 10:00 PM JST. You can enjoy watching this anime officially on AnimeLab and  Funimation. You can try other recent development on this link here: Anime. Let’s take a look at the recent development below to understand what this anime is all about. 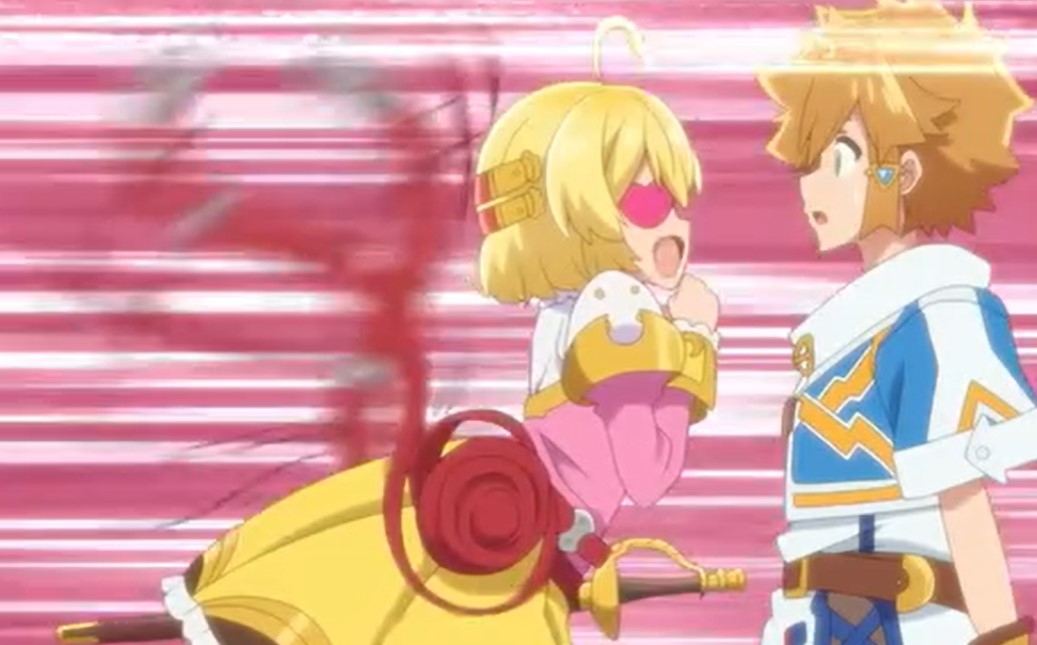 Previously on, Suppose a Kid from the Last Dungeon Boonies Moved to a Starter Town? Episode 3

Like Lloyd from heart, Selen, nothing else for a benefit, and Cholen reveal about Maria Azam, who is missing. She said everyone who will find the princess would receive a cash reward, a promotion, or other benefits. That person will also be granted any wish. The following day Lloyd is walking on the street with a lot of worries. He is worried that he did terribly in both the martial arts and written exams.

But he is not surprised that this was his results. He is disappointed in himself. As he moves on, he saw a huge grasshopper monster above the building near him. When it attacks him, he just raised his punch, and it got defeated like an insect being stepped on top by an elephant. He saw something written on the board and went to that location that is shown there. When he reaches there, he didn’t find anyone inside.

Lloyd tries to call for anyone, and the mighty Chrome jumps from the top, trying to finish him with a single hit. Lloyd just moved like nothing is happening. The mighty Chrome is surprised at such a small boy who manages to dodge that powerful blow. Lloyd doesn’t realize that he posses such great powers that people don’t even understand. Since they are not familiar with that power, they think he is a weakling.

Chrome is surprises since he can sense Llyod’s mana. Lloyd apologizes to Chrome, saying that he meant no harm. He realizes that Llyod didn’t come here to fight, but his hidden powers made him instinctively attack at first. Chrome saw the hidden power of Lloyd and realize that he possesses the power of a great lion beast. Chrome started wondering what that powerful man wants from him. He started asking himself if Lloyd come to extract information from him, the former royal guard.

Chrome is surprised by how Lloyd is begging him for a part-time job, and he thinks that Lloyd is lying. He can’t believe such a powerful man is begging for work, but when he looks at Lloyd, he finds that Lloyd is not a threat. Chrome asks Lloyd about his skills, and Lloyd said he could cook and clean. Chrome thinks that Lloyd is hiding his work by cooking. He means he can kill in a single hit. By cleaning the means, he kills and disposes of bodies.

Chrome is scared and sweating and asks Lloyd to demonstrate his skills. Lloyd started cooking and cleaning. Chrome realizes that Lloy is just a kind, good boy who won’t hurt anyone. Chrome enjoyed Lloyd’s food since he is still scared; he thinks Lloyd wants to strike while eating. After finishing eating while observing Llyod, he hired him, and they started to work together.

Meanwhile, Alka and Marie talk about King Azami. Marie said it had been five years since King Azami turned into a huge advocate for war. She also said that the culprit who is controlling the king should be declaring war at the upcoming National Foundation Festival. Many foreign officials and heads of state are invited to the festival this year. Alka adds that the war will begin with the Jiou Empire.

Marie said they have to stop that war. Meanwhile, Lloyd reunites with Selen and others. They are happy that they have found him again, and Selen thinks that her lover just came back to him. She doesn’t know that Lloyd is working at the restaurant nearby, and they enjoy eating food cooked by him. One of the punks challenges him to hit him since he thinks he hits like a girl.

Chrome realized that the guy is dead since he knows Lloyd’s true powers. They got awaken inside him the moment he is provoked. Llyod just touched the guy and sent him flying. While they enjoy it, Marie came and took Lloyd. She flies with him inside the tornado after realizing the power that he possesses, and she wants to train him to stop the upcoming war.

Suppose a Kid from the Last Dungeon Boonies Moved to a Starter Town? Episode 3 Preview