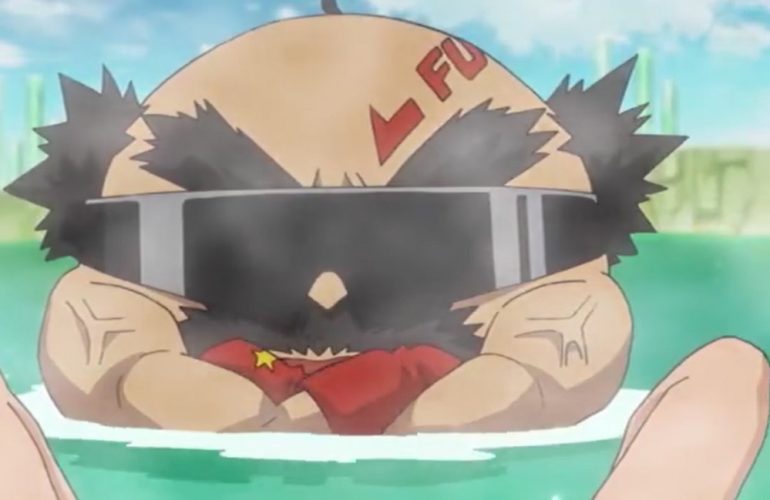 The Children's Fight For Survival

In the year 2020, the Network has become something humans can no longer live without in their daily lives. But what humans don’t know is that on the other side of the Network is the Digital World, a realm of light and darkness. They are not even aware of Digimon, who lives there. In central Toyo, Network problems started to arise and spread all over. Traffic signals started not to work normally, and in the news reports, it was a case of cyberterrorism.

Taichi logs in to the Digimon Encyclopedia and chooses Tentomon as his Digimon partner. They will be playing in Rookie-level Tentomon have thin wings underneath his shell. Tentomon’s special move is Petit Thunder, and he flies Taichi where ever he wants. Tentomon speaks in a Kansai dialect for some reason, and he often says, Dossei, which Taichi doesn’t understand. Tentomon enjoys exploring adventures with Taichi.

Digimon Adventure Episode 29 will be released on Sunday, 20 December 2020, at 9:00 AM JST. This Anime releases its new episode every Sunday. This post may contain spoilers of the upcoming episode, so make sure to be careful when you continue. You can also check this Anime on its official websites on Crunchyroll. Allow me to take you to some of the development of this Anime below.

Taichi and the crew are continuing their adventure to a new world during the rocket launch explosion in the real world. Simultaneously, a mysterious black lightning-sparked granting Digimon violent powers. The chosen ones fight their way through the survival of the fittest world. Suddenly a powerful enemy they met before on Cloud Continent reappeared, the mysterious Darkknightmon.

Patamon gets angry as he can’t see his friend getting killing and enter evolution. The Holy Digimon Angemon descended again. Takeru orders Angemon to destroy Darkknightmon, and they both started firing the powerful blast. The blast waves send Taichi and the crew flying away ner the battleground. Darkknightmon wanted to blast Taichi’s sister, and Angemon stops him.

Darkknightmon tells Angemon to get away since he has no business with him. Darkknightmon summons black evil powers from the sky and boosts his strength. He sends Angemon flying, who applies the brake mid-air, and Angemon decides to change his game plan. He unleashes Heaven’s Knuckle that made him disappear with Darkknightmon and sends others to another world.

Taichi wakes up with Agumon and Hikaru in the woods, wondering about the whereabouts of others. Sora talks with Taichi through his communication watch. Sora said they got separated from everyone, and they are in a different environment. Yamato also said the same, and he is facing a group of Monochromon. Yamata orders Waregarurumon to charge and started blasting Monochromon with Fox Fire.

Kishiro has fallen in a dumping site of evil Digimons, and he tells Taichi and others. He is facing a group of Deckermon, and Sora is facing a group of Flymon. The Cyberdramon is attacking the other side, and Golemon is chasing Palmon and Mimi. The mountain is slippery for Golemon to climb and attack the two. Joe is happy since he has fallen at the pond of hot spring, and he is enjoying his time with his partner Digimon.

His Digimon advises him to tell everyone to come to the pond. When he tries to make a call, a pond boss Nanimon shows up in front of him. Meanwhile, Taichi asks why everyone got separated, and Kishiro reveals that during the explosion, Angemo evacuates them. Taichi asks Tacheru how is Angemon, and he reveals that he is sleeping as Patamon. Taichi is glad that Angemon fought hard to protect everyone by blasting Darkknightmon in a single blow.

He asks Kishiro about the update of their world. Kishiro reveals that with the NASA incident, all the information being exchanged is keeping the internet busy. The mass of black energy is flowing into the continent. He also said that conspiracy theories about the incident had appeared online, and intelligence agencies are on the move. There are some rumors about a spy satellite being on the rocket is spreading. These kinds of theories are creating more network traffic.

Kishiro reveals everything that is happening to the world to Taichi. Yamato decided that he has to finish the battle quickly and met with everyone. At the pond, Joe and his Digimon decided that they have to escape from Nanamo. Taichi and Metalgreymon have managed to defeat the evil Digimon from their side. Skullnightmon showed up and protected Hikari. Taichi thought that Hikari was being kidnaped, but she decided to follow Skullknighmon. Taichi is just surprised what is happening since earlier he has fought with Skullknightmon.

That’s the latest preview and updates about the upcoming episode of this Anime. For the next episode updates, we will be bringing them next week as soon as the new episode is released. Also, read our other articles on – Irregular at Magic High School and One Piece.