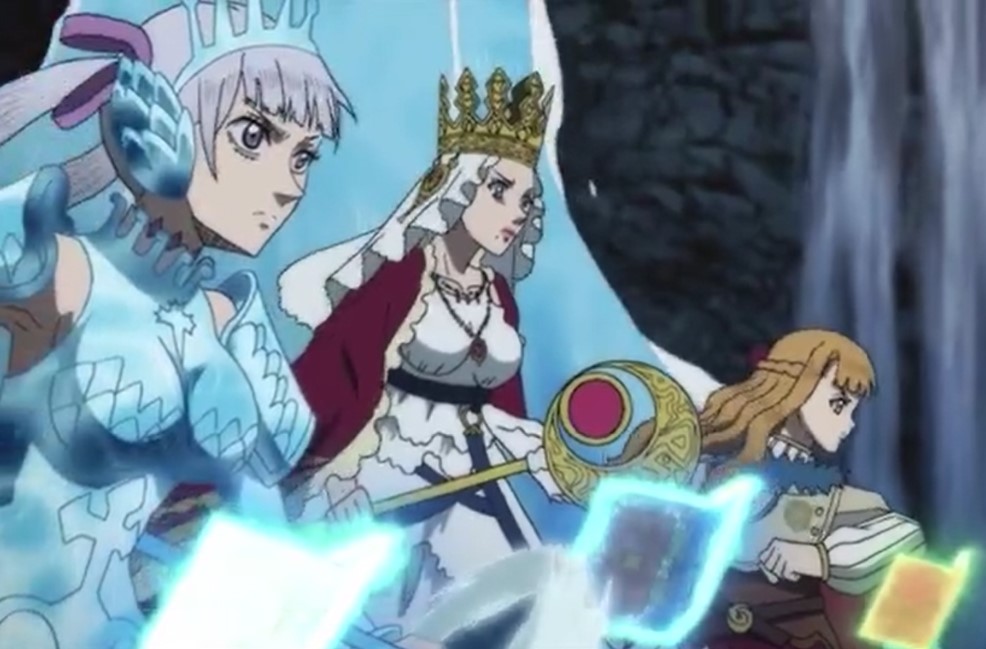 Mimosa uses Plant Magic: Magic Cannon Flower to destroy Robero, who uses tongue magic. Vanica appears in front of Noelle, Mimosa, and Lolopechika. Meanwhile, at the Dark Disciples territory, they are suspecting that there is a spy from the Clover Kingdom. One of the Dark Disciples found a hooded man inside Dante’s room. He asks what he is doing here. The Dark Disciple concludes that the hooded man is a spy and decided to battle him.

Black Clover Episode 166 will hit on Tuesday, 2 March 2021, at 6:25 PM JSTofficially on AnimeLab, Funimation, Netflix, and Crunchyroll. Take a look at how Vanica will be sealed below.

The Dark Disciple unleashes a monster snake, but the hooded man turns into dust and disappears. While he is looking around, the hooded man emerges from the ground and sends the Dark Disciple inside the hell using dark magic. The hooded man left the room, but he has a robe that resembles the Black Bull Squad. Back at the Heart Kingdom, Vanica told Lolopechika not to be afraid. She also told her she cursed her once just because Megula said so.

Noelle realizes that Vanica is possessed by the devil Megicula. She is the one that killed Noelle’s mother in the past. Lolopechika asks Vanica why she attacked the Heart Kingdom since she is just after her. Vanica said she attack the villages for Lolopechika to fight her using her true powers. Noelle said they had defeated all of the Dark Disciple and Vanica is the only one left. Vanica uses her devil powers and revives Robero, who Mimosa killed. 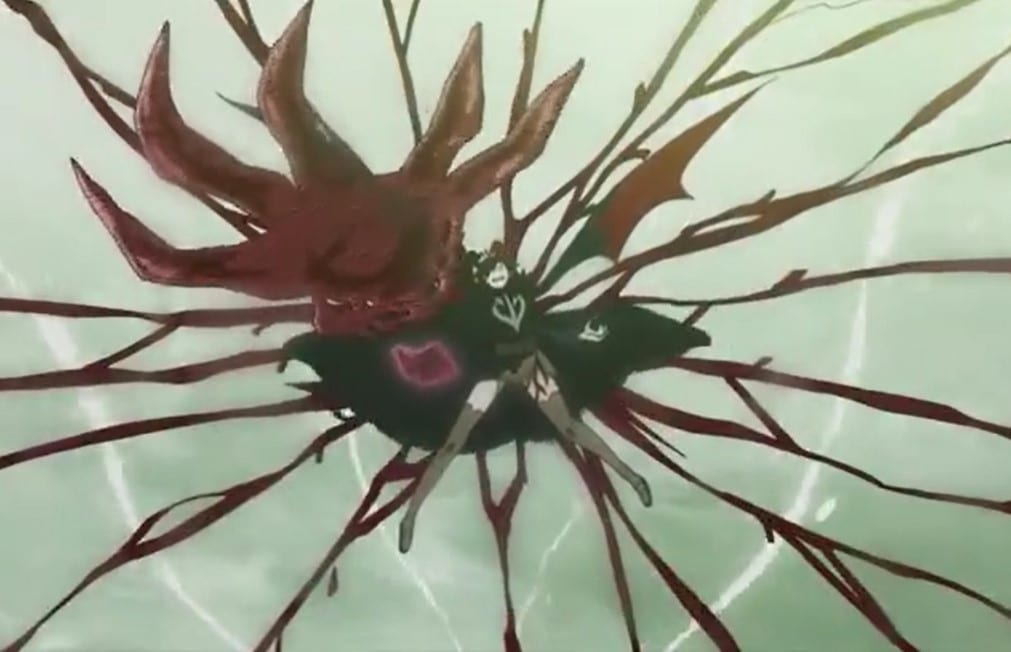 Vanica killed Robero, and Lolopechika is surprised why she killed her ally. Robero revives again, and it shocked Lolopechika. Vanica said thanks to the curse that she puts on them, they won’t die no matter how many times they are killed. All of the Dark Disciple whore killed revives. Lolopechika saw them in a mirror praising the powers that Vanica has bestowed on them. Hischer comments that they have just begun trampling this kingdom, long live Lady Vanica.

Halbet told Charmy how dare he tries to ruin the beauty that Lady Vanica gave her. Svenki told Luck that he is Vanica’s beloved one. Sivoir told Leopold that he wouldn’t get away from trying to ruin the one that Vanica chose. Svenki comments that all hail Lady Vanica. Vanica told Lolopechika that if they don’t defeat her, the Dark Disciple will return to life. She is glad that reviving the Dark Disciple made Lolopechika’s power rise.

Lolopechika unleashes her true Queen power and works with Udine to take down Vanica. Noelle told Mimosa that they must join the battle too. She unleashes a Water Creation Magic: Valkyre Armor. They both shout that they will defeat Vanica. Noelle attacks Vanica with Water Creation Magic: Sea Drago’s Roar. Vanica unleashes Blood Magic: Red Beast that swallowed Sea Dragon. She asks Noelle if that was an attack or something.

Robero is clashing with Mimosa, and he manages to wrap her using his tongue magic. Lolopechika uses her Water Magic and cancells Blood Magic. Noelle realizes that Lolopechika has told her a strategy that they are going to use to defeat Vanica. But none of the Water Magic attacks is working against Vanica. Vanica told them about the World tree Magic. Lolopechika realizes that the power of theWorld Tree Magic is going to be used to unleash the devils in this world. 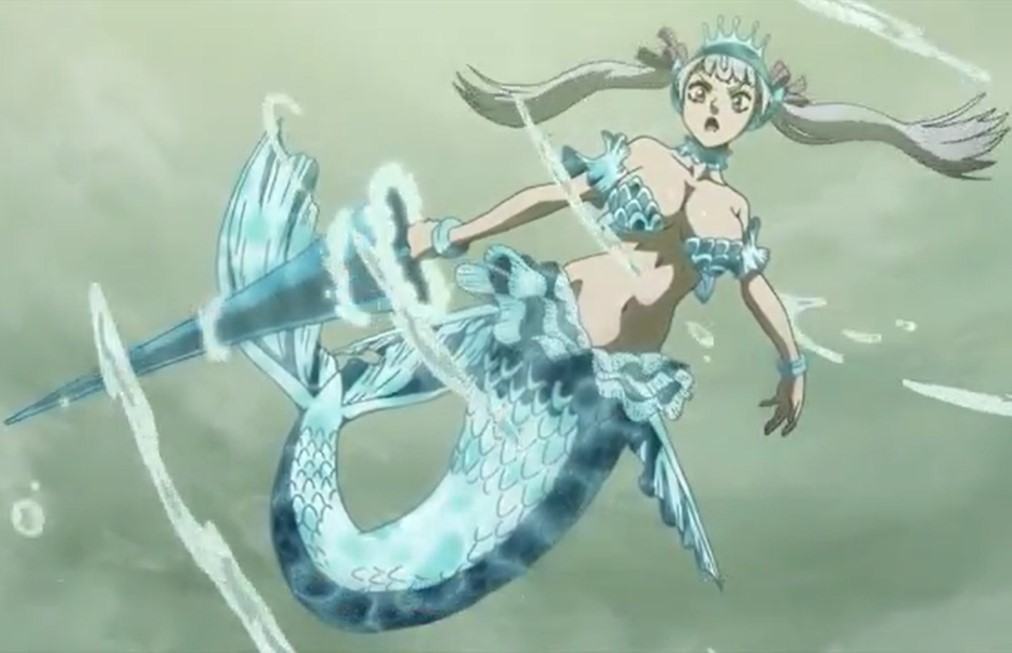 Lolopechika told Noelle that if they let the Dak Triad have their way, the world will be doomed. The underworld gate will be opened, and 90% of the world will be destroyed. Lolopechika asks Vanica why she wants so many people to be killed. Vanica replies that she wants to live in a world where there are no weaklings. A world that is dominated by power and strong people. Noelle, Lolopechika, and Udine combine Mana Zone and Mana Method.

The swallow Vanica inside a whirlwind of water and seal her with Ludic Santuary. Lolopechika reveals that the power of this water cuts the power of Vanica’s Blood Magic in half. Noelle acquires the new powers she has never seen in her life; she turns into Valkyrie Armor: Mermaid Form. She used an ice spear and pierced it through Vanica’sbody. They thought that they got Vanica, but she increases her devil powers to 51%.

Vanica started to dominate the battle using Blood Magic powers. She continues to attack Noelle. Noelle told Vanica that she would pay for killing Acier Silva of the Clover Kingdom. Vanica told Noelle that she is not interested in the past; they can just enjoy the moment they are in. Vanica increases her power to 7o%, and Noelle calls out for Nero. Nero came and sealed Vanica using Mana Method: Sealing Magic- Eternal Prison.