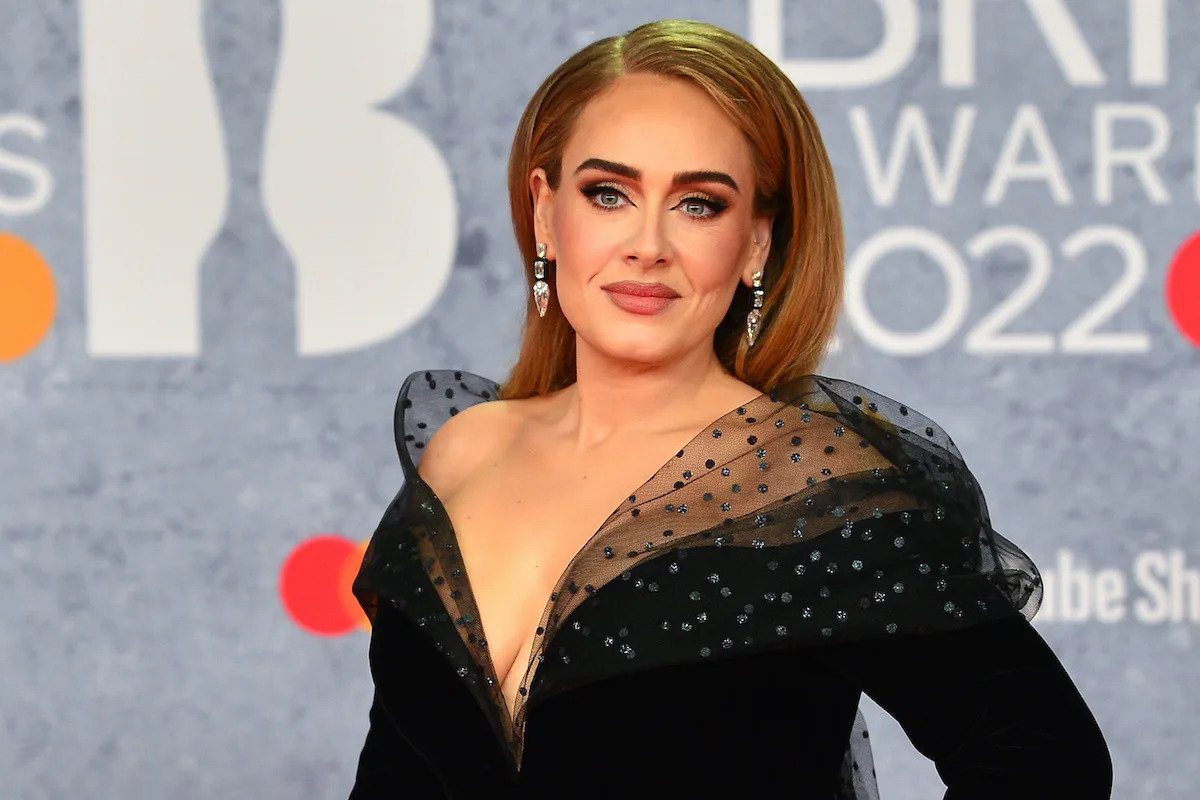 Our list of the top 10 Adele songs features the songs of the amazing blue-eyed soul and pop star from London, England. May 5, 1988, saw Adele’s birth as Adele Laurie Blue Atkins. Her voice is renowned for being rich and deep. She is renowned for writing songs that are about her relationships. When she was a teenager, she first began to write songs. She wrote her first song when she was 16 years old.

Adele doesn’t look like other music industry divas in the traditional sense. She broke down barriers and showed that being a singer was achievable without having a supermodel body. Her albums were all commercial successes. She showed her ability to compete with her famous peers. Despite being relatively new to the music industry, she has three of the best-selling albums of all time. She has a ton of successful songs that should be included in the Top 10 Adele Songs list. Here is a list of some of her most popular songs.

Here are the Top 10 Adele Songs:

Our list of the Top 10 Adele Songs starts with the fiery ‘Send My Love’ from the cheerful album 25. This sorrowful song has a pop and r&b vibe. She is cool with her ex-boyfriend moving on and dating someone else in this happy-you-are-gone song. She is basically giving her ex-boyfriend the middle finger by doing this.

The music is bright and joyful despite the mood. It sounds rhythmic and poppy. The song’s danceable beat is hardly surprising given that Max Martin co-wrote it. It’s different from Martin’s other popular songs, yet it’ll make you dance. Although it’s not Adele’s usual style, it works. With his contemporary beat, she was able to keep her smokey voice. She is a little difficult to understand in several of the lyrics, so you’ll want to get the lyrics ready.

This breakup song is one of the singles from the joyful 19 Album. The angry song has a pop, blues, and soul vibe. The song, which is quite moving, is about a fight she had with her lover. When she turned to leave, he did not pursue her or stop her. The gloomy music complements the lyrics nicely. She expresses herself fully in the lyrics, bearing her emotions on her sleeve. 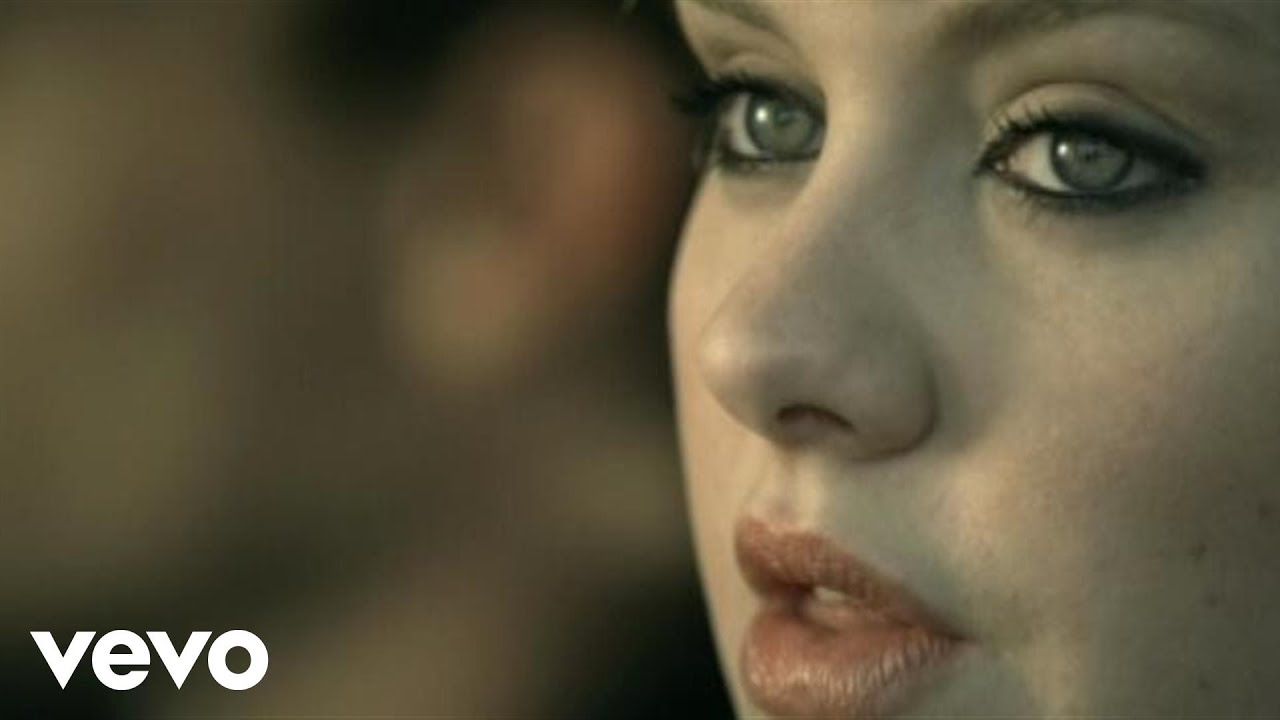 Her voice is so raw and emotional that you can hear the suffering. Two days after her fight with her lover, she wrote this song. It is obvious that the pain is recent. Her voice had a big throat and was smokey. Although she is a teenager in this situation, her voice belies her age.

From the pop-inspired 25 album comes this tender love song. This pop-influenced soulful song has a catchy rhythm. Here are a few facts regarding the song. Although Adele didn’t want to perform a fast song, co-writer Bruno Mars wished this song to have an upbeat pace. They argued over the lyrics. The song’s balladic nature helped her win the argument. The song sounds wonderful as a ballad, therefore, this was a wise choice. Maybe it wouldn’t have sounded good as an up-tempo song.

This song is about her spending one final night with her partner before their relationship ends. The music changes from being gentle to being powerful. It steals the show. Her voice gets an opportunity to flourish as a result. She is expressing her heart’s pain with delicate emotion. Her voice is powerful and tight. Without wasting a beat, she shouts out the song’s chorus. She makes it sound like a vocal beast and matches the level of her fellow power balladeers.

This divisive song is from the anthemic 21 album. This dramatic tune includes jazz, blues, and pop influences. This song has a tempo and is a soul strutter. This song seems to be about her friends believing fake rumors about her. The music has a mesmerizing pace and a bluesy pop rhythm. It also blends rock music with the use of the guitar. The music makes you dance and shake your booty. 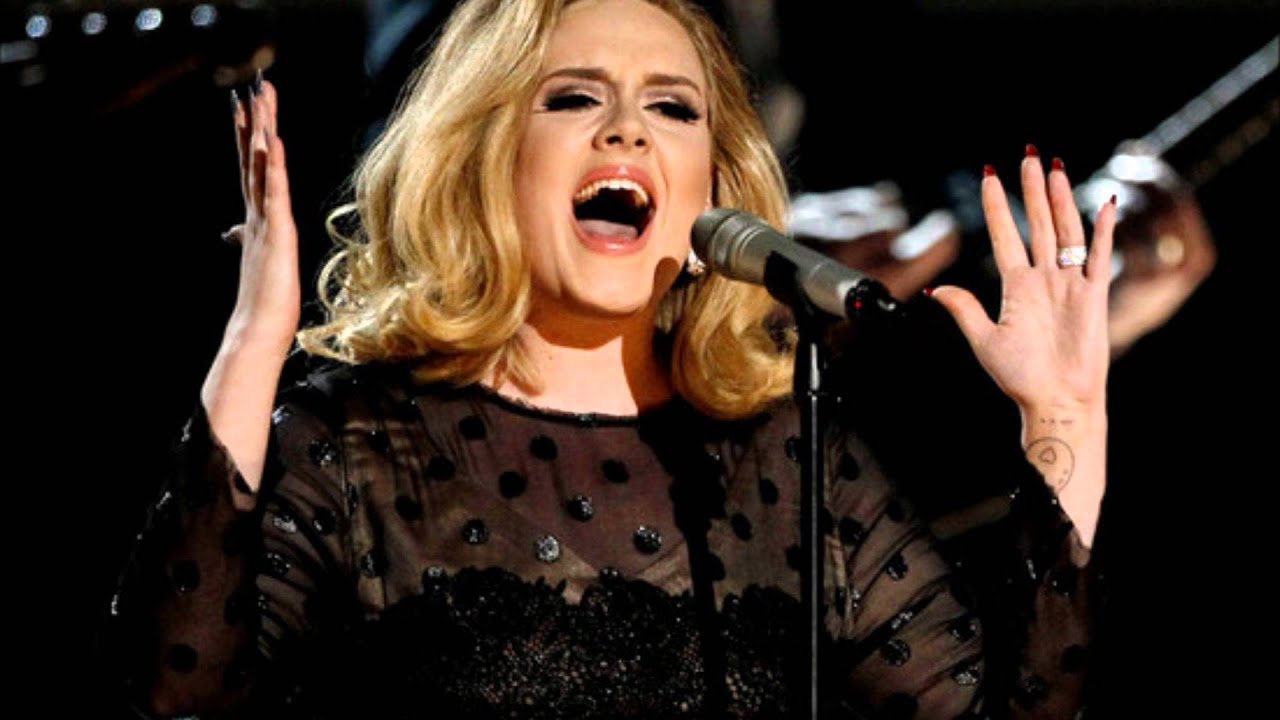 Top 10 Adele Songs – Rumour Has It

It wasn’t necessary for the passion in her voice to always be about heartbreak. This time, she was betrayed by her friends. She sings with the same passion as if the song were about an ex who had hurt her. The song features her sultry vocals. She doesn’t hold any notes or use a belt, but she is able to match the instrumentation’s volume throughout the song.

Our ranking of the Top 10 Adele Songs continues with the moody and deep “Skyfall” from the Skyfall soundtrack. This sad song has an orchestra pop vibe. The song is about the film. Here are some facts regarding this song. Adele felt that because she writes a song from the heart, she wasn’t the perfect choice for the song. The director of the film then told Adele to write a song from the heart.

She took inspiration from the Carly Simon song “Nobody Does It Better.” The song’s heart is its melody, which has a very powerful tone. ‘ It is a mainstream song with a retro vibe. It doesn’t have the sound of a standard pop song. She shows versatility by using both her higher range and her deep, smokey range. At the song’s conclusion, she also holds a note. Even if you haven’t seen the movie, you can still enjoy the music.

This depressing song is from album 21, which was inspired by breakups. Her breakup is the subject of this song. Rage and sadness are the themes of this song. She was worried that she would keep looking for him in the future. The title of the song is a bit misleading. Given the title and some of the lyrics, one may assume that the song was about love. 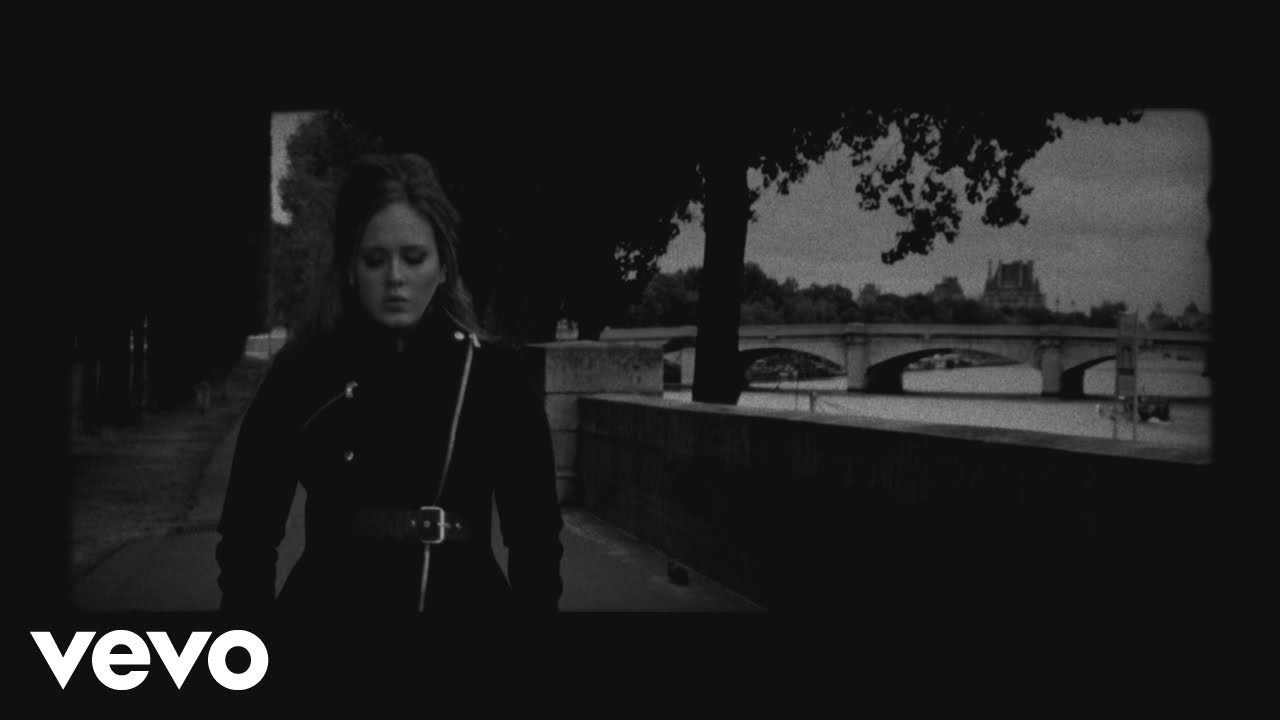 The song has a raw vibe due to the stripped-down, sad piano notes. The piano was just the music required for this soulful and captivating song. When she says she hopes for the best for her lover, you can sense the pain in her voice. Her voice varies throughout the song. When her voice breaks, she does have a small clink, but it only adds to the raw emotion of her voice.

The epic song “Hello” from the hugely popular 25 album is the next song on our list of the Top 10 Adele Songs. This moving tune has a soulful sound. The subject of this piano-driven song is regret. This song is a sequel to “Someone Like You.” This song has simple instruments and is composed effectively. Adele and the piano are all that can be heard. Her powerful voice is given the space to stand out without being overshadowed by the music.

It sounds as though she is blending an old school and a new school vibe in the tune she is singing. She conveys her pain in the song by singing it with intensity and honesty. You can lose yourself in the chorus as she sings. She doesn’t carry any long notes, but they weren’t required for the song to succeed.

This merciful song is the third track from the electrifying 21 album. This head-bopper features a midtempo rhythm and a pop feel. The song has a faint rock beat thanks to the guitar. This song is really about her letting go of her boyfriend and breaking up with him. It has a similar tone to “Grenade” by Bruno Mars. It’s amazing how the string arrangements and lusty music work together. 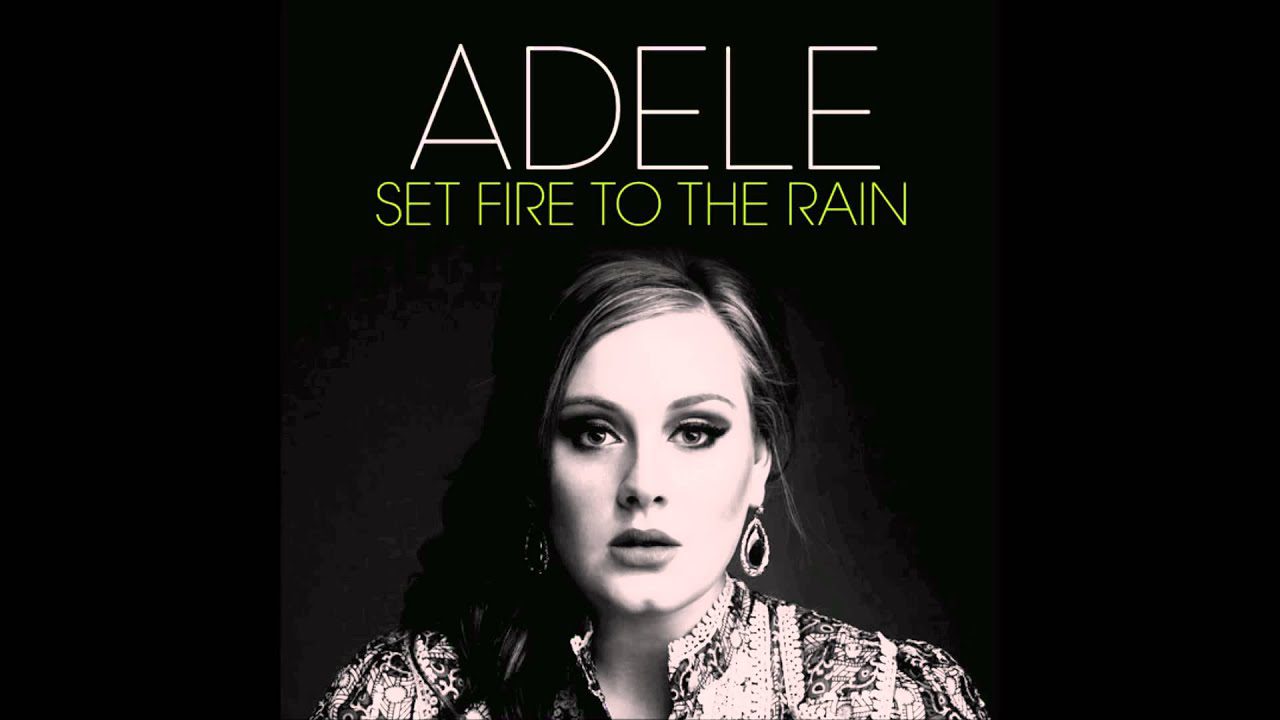 Its orchestral boom transforms suffering into art. Hearing a woman her age perform a song like this is amazing. Her singing is beautiful and deep. Near the song’s end, she lets her vocals go. She makes it a lengthy ballad. At the song’s conclusion, she tries to hold notes that sound pure and lovely.

This heartfelt song is from the incredibly well-liked 25 album. Adult contemporary music can be heard in this mesmerizing ballad. She is transitioning into adulthood in this song. She also sings about her son in this raw, heartbreaking song. The chords on the piano are fascinating. She combines a traditional tone with a modern vibe. She discovered the connection she was seeking for through her vocals. They are powerful and heartbreaking.

Over a jazzy piano, she rips out a series of large notes with her voice. Her tone on this tune has a lovely shine. The song seems more sincere because it is about being a mother. Although this song was supposed to have been a single, it managed to climb the charts. This song is perfect, therefore, the label’s decision to not release it as a single must have been insane.

1. Rolling in the Deep

The unbeatable “Rolling in the Deep” from the venomous 21 album comes in at number one on our list of the Top 10 Adele Songs. This song sounds gospel-like and soulful. This song, which was inspired by anger, is about getting even with her ex-lover. The music is unique because of the thunderous drumbeats and pounding piano chords. You’ll want to get up and dance around in your seat since the beat is so enjoyable to listen to. Adele’s vocals beautifully display her gorgeous bluesy voice. 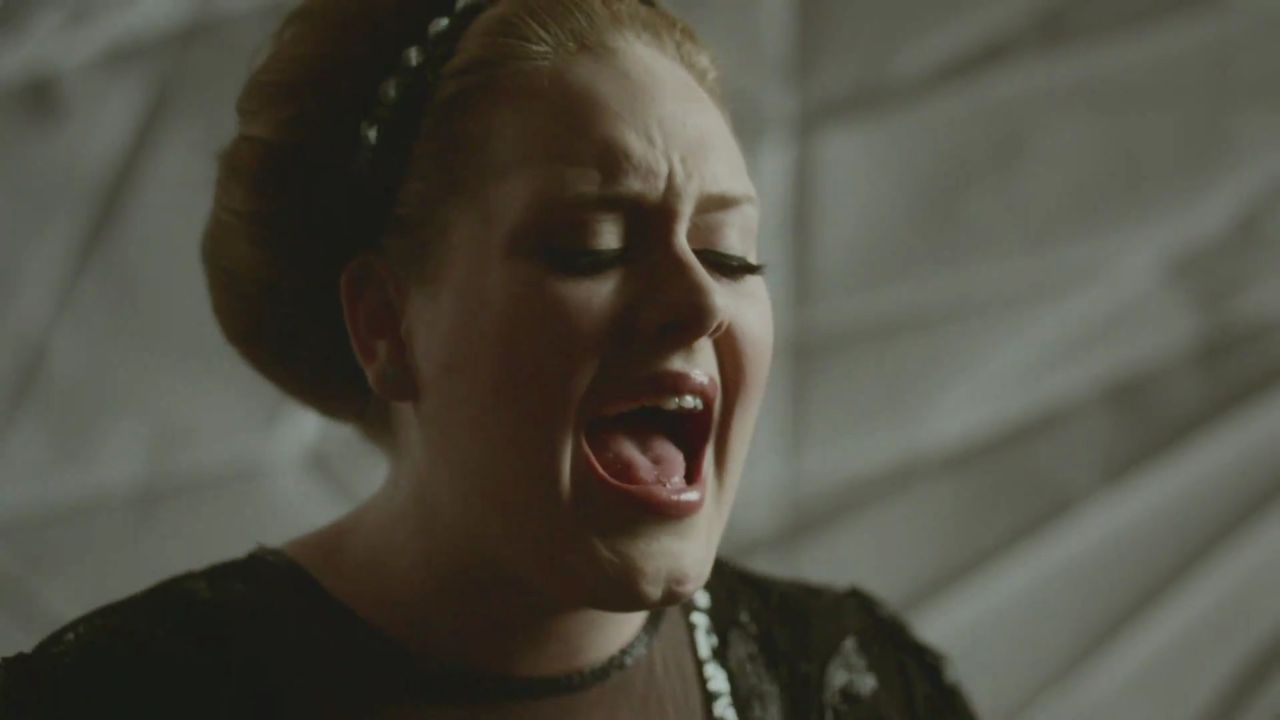 She sings with such a strong sense of rage, which fits the mood perfectly. She sells the song from beginning to end by shouting it out. You can see that she is passionate about this song. In the song, she might as well have mentioned the lover’s name. She is yelling at her ex-boyfriend while doing so. This revenge song is the perfect way to wrap up this list.