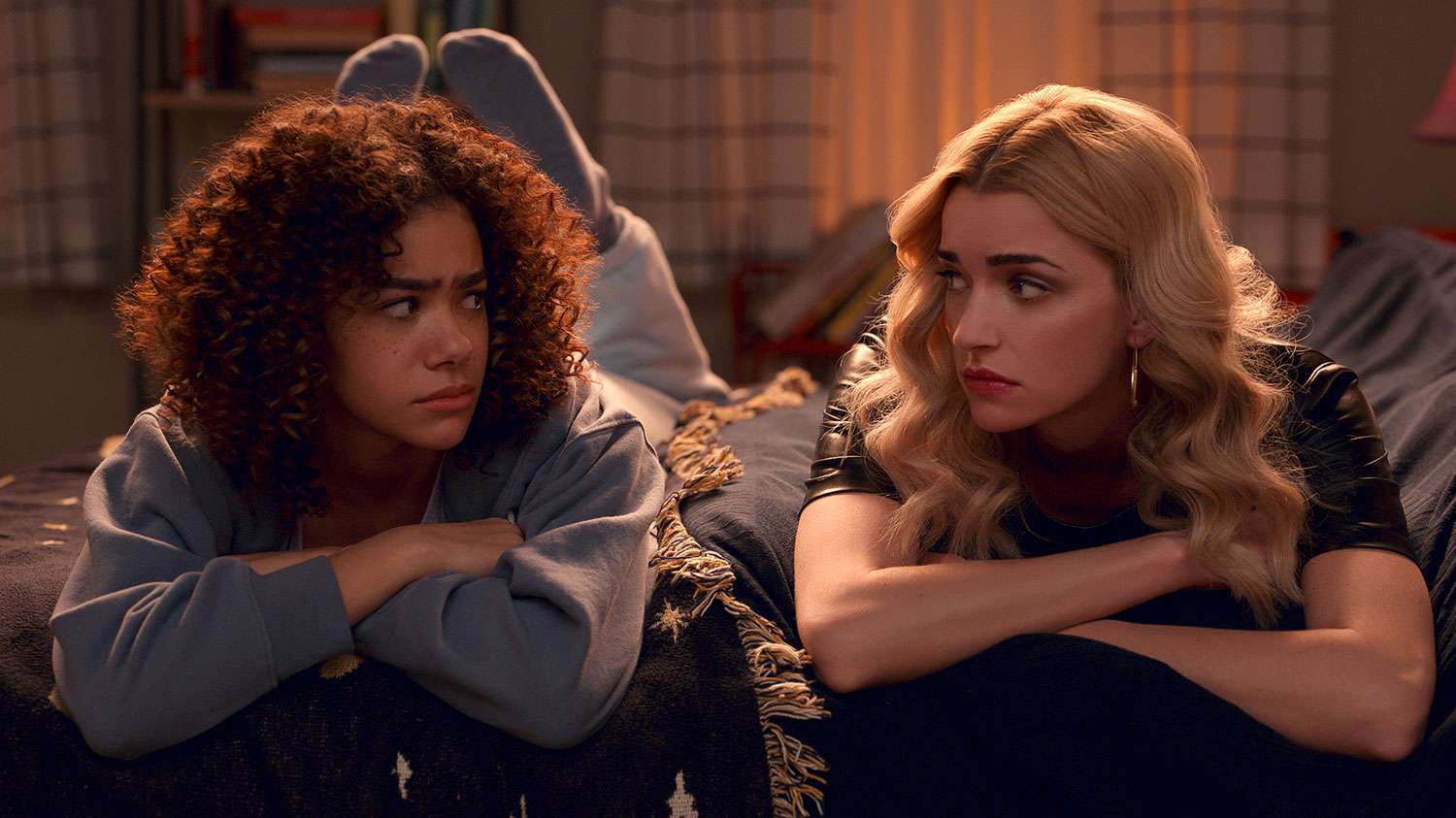 Ginny and Georgia Season 2 Ending left us on yet another huge cliffhanger, but this time it is related to Georgia. Also, fans who have not watched the series just yet are advised to do so because, well, there are going to be a lot of spoilers here for the second season. And Taylor Swift fans, there is nothing controversial this time. Now, the season started off with the mother-daughter duo hitting a rough patch in their relationship where Ginny does not trust her mother while Georgia is scared that Ginny might tell something to Paul and ruin this perfect life that she has built for herself.

But situations got better when Georgia decided to confide in his daughter and tell her the whole truth. They reconciled, but Ginny started having panic attacks. Georgia clearly stated that she did what she did, I mean, murder Kenny, in order to save Ginny and Austin. It had to be done in order to protect them. Ginny starts to feel as if she has done the crime, and everything is on her shoulders now. Protecting her mother feels so heavy because her moral does not allow it. And seeing her mother be so okay with committing such a thing is scaring her even more.

Things become even better in their relationship after the two get into therapy together and try to understand each other’s feelings more. Although, Ginny was in for an even bumpier ride with Marcus as the guy she loves breaks up with her. I mean, he has his issues as well, and it was clear that he did not have the head space to have a girlfriend right now. But Ginny thought it was all because of her and took it upon herself. Soon, she realizes his side of the arc and goes to Marcus to become friends again, and they soon sort their issues out. 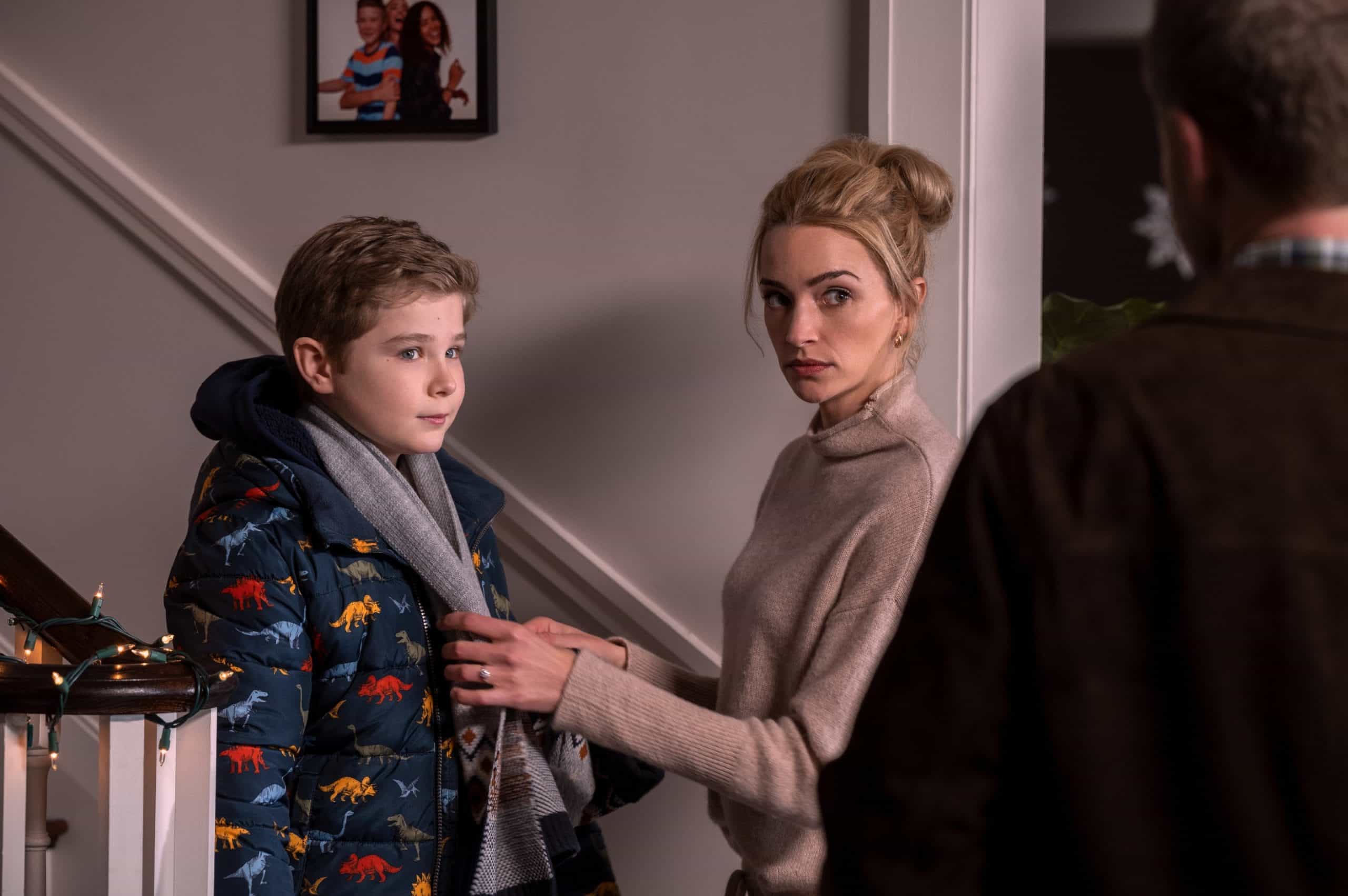 The thing that is worrying Georgia the most now is Austin’s dad Gil. We see in the flashbacks that he used to abuse and hit her. This was the reason why she felt necessary to frame him for fraud and embezzlement. Gil was already stealing money from the company. Although, the company only noticed if he took anything more than 10,000 dollars which he was very safely avoiding and only taking under that. Well, Georgia wrote a check for 100 thousand dollars, and everything came falling down on Gil. When Gil comes home knocking at her door accusing her, Georgia shuts the door and starts playing music so that the kids won’t notice.

Fast forward to their current situation in Wellsbury, Gil has found the return address and come to Austin’s school. Obviously, the kid is really happy to have finally met his father after a long time and is totally unaware of the situation that is going on with her mother. Fast forward to the concluding moments, we see that Gil comes home demanding money and time with Austin from Georgia and shoves her around and abuses her.

Austin, who knew where Georgia hid her gun, took it and shoots at Gil. Although, the bullet just touches his arm, and not much damage is done. Georgia takes the gun from Austin’s hand and now points it at Gil and later stitches his wounds up before Paul can come home. She has already made plans to move to Utah and passes hints to Ginny.

As Ginny understands it all, she rushes back home to convince her mom to stay and finally depends on someone such as Paul to help her by telling him the complete truth. As she does, Paul gets overwhelmed and leaves. The next day, he calls Georgia into the office with a lawyer and summons Gil. He legally restricts Gil from entering his town without notice, and the couple reconciles. Their marriage is back on, and Ginny organizes a wedding at the Town Hall itself. After a successful event, the worst happens. The police come riding in with Gabriel arresting Georgia for the murder of Tom Fuller.

When Austin has a playdate with Zach, Georgia comes to the Fuller house to pick him up. She and Cynthia talk about their husbands and share their demons. Also, Cynthia had seen how Gil was scaring and mishandling Georgia at the elementary school and thus blacklists him from Wellsbury so that he can not have a house anywhere.

Also, she talks about how he is ready to move on from Tom and wants him to know that it is okay to let go. She does not want Zach to remember his father in such a condition. Thus, Georgia takes it upon herself to return the favor and kills Tom by suffocating him with a pillow. When Gabriel learns about it, he might have acted in a way and got Georgia arrested. More of this will be explored in the new season.