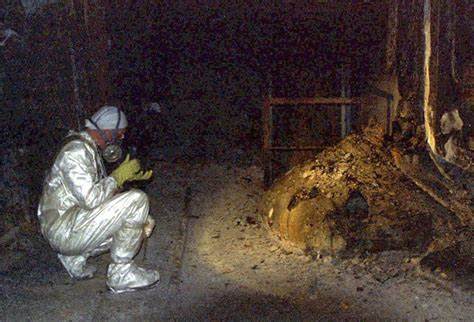 The Chernobyl nuclear accident of April 1986 caused a significant volume of corium and many other substances to form just below the plant, close to Pripyat, Ukraine. This load is known as the “Elephant’s Foot” because of its extremely high radioactivity. It was found in a maintenance passageway close to the wreckage of Reactor No. 4 in December of that same year. Although it is still a highly radioactive component, the threat has diminished over time as a result of the radioactive components’ decomposition process. The Elephant’s Foot is a pile of thick, black corium that has layers on layers of glass and tree bark on the outside. It was created in April 1986 during the Chornobyl accident and was found in December 1986.

Its wrinkled image, which resembles an elephant’s leg, gave rise to its title. It is a minor part of a significantly greater amount that is located beneath Chornobyl Nuclear Power Plant Reactor No. 4. It is 15 meters southeast of the destroyed reactor and 6 meters just above the ground, in Room 217/2, which is where you can find The Elephant’s Foot. To get to its current place, the substance that makes up the Elephant’s Foot burned at least 2 meters of concrete blocks, then started flowing via pipelines and rifts and bottom a corridor.

Composition Of The Pile

The Elephant’s Foot is largely composed of silicon dioxide, with remnants of uranium, titanium, zirconium, magnesium, and graphite. Although the readily soluble silicate glass occasionally consists of crystal zircon grains, the volume is relatively homogenous. Since such zircon particles aren’t extended, a reasonable crystallization rate is likely. While the hot magma cooled slowly after being at extreme temps, zircon started to crystallize, whereas uranium dioxide dendrites quickly grew. Even though the proportion of uranium-bearing granules isn’t homogeneous, the mass’s radioactivity is. The material was thick and rigid to a chisel placed on a remote-controlled cart but ready to be affected by armor-piercing bullets fired from an AK-47 Kalashnikov rifle. 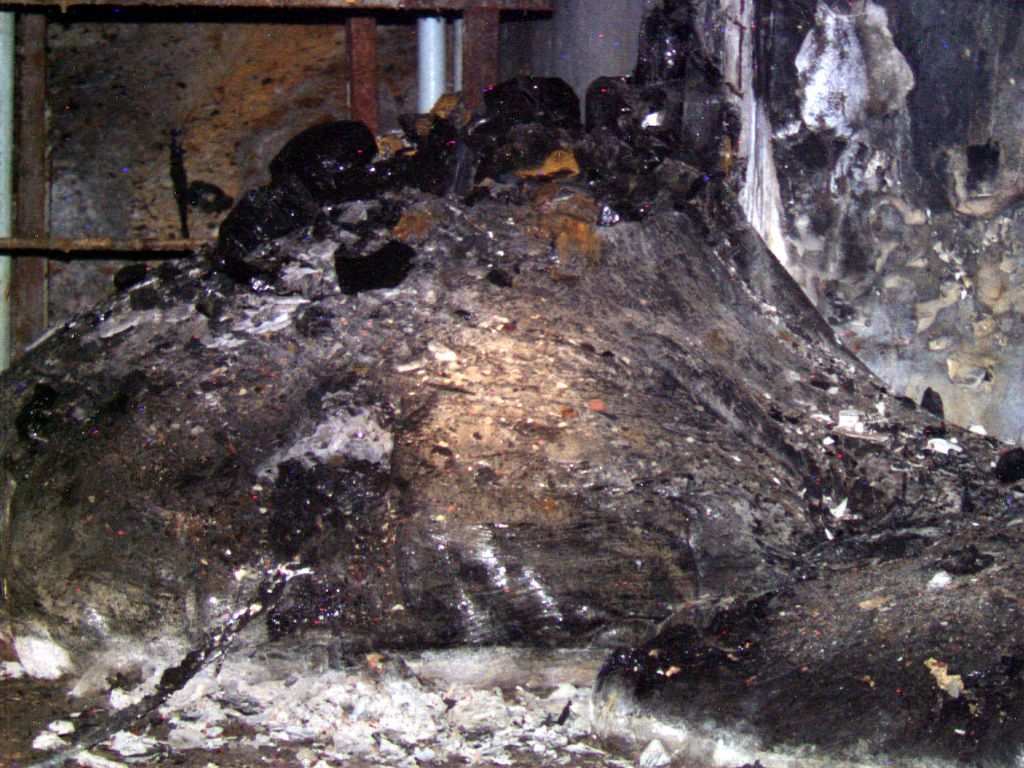 The Elephant’s Foot And Corium

Elephant’s Foot was so harmful to humans that researchers at the time had to picture it with a camera attached to a roller. Very few researchers get close enough to take samples for testing. They discovered that Elephant’s Foot isn’t the remains of the nuclear fuel. Rather, nuclear professionals say that the Elephant’s Foot is formed of a unique material called corium, which is created in a nuclear accident when nuclear fuel and portions of the core of the reactor framework overheat and soften, establishing a strange mix.

Hardly 5 times in the history of mankind has corium normally been created: once at 3 Mile Island in Pennsylvania in 1979, once at Chornobyl, and 3 times at the Fukushima Daiichi nuclear plant catastrophe in Japan in 2011. Edwin Lyman, the Alliance of Worried Researchers’ head of nuclear power protection, explains what will occur if a fundamental molten material cannot be disrupted in an email: “At some point, the liquid load will move straight down to the bottom of the reaction chamber and dissolve through with a participation of extra molten materials, falling to the ground of the restraint.”

Also Read: Mysterious Death Of Joyce Vincent: The True Story Behind it.

“The molten lava load would then respond with the cement floor of the protection if there is one, modifying the proportion of the magma once more,” “Depending on what type of reactor, the magma can scatter and disintegrate thru the confinement wall surfaces or proceed to liquefy through the ground, ultimately invading underground water (this is what occurred at Fukushima). It will toughen into a solid, rock-like material whenever the magma cools adequately.”

Mitchell T. Farmer, a former nuclear engineer and program director at the Argonne National Laboratory, tells through use of email that corium appears to look “a fair bit like lava, a blackish-oxide substance which keeps getting very thicker as it settles down, ﬂows like soggy molten glass. And that’s what occurred at Chornobyl with the Elephant’s Foot.”

Fatality Of The Elephant Foot

The resulting chaos that developed Elephant’s Foot is highly hazardous. Usually, Lyman explains, corium is far more dangerous than unharmed spent nuclear fuel because it is in a feasibly unstable environment that is tougher to control, bundle and hold. “To the level that corium preserves highly contaminated fission products, plutonium, and fundamental substances which have become radioactive, corium would have an elevated dose rate and continue to stay incredibly dangerous many years and years or even centuries,” Lyman clarifies. 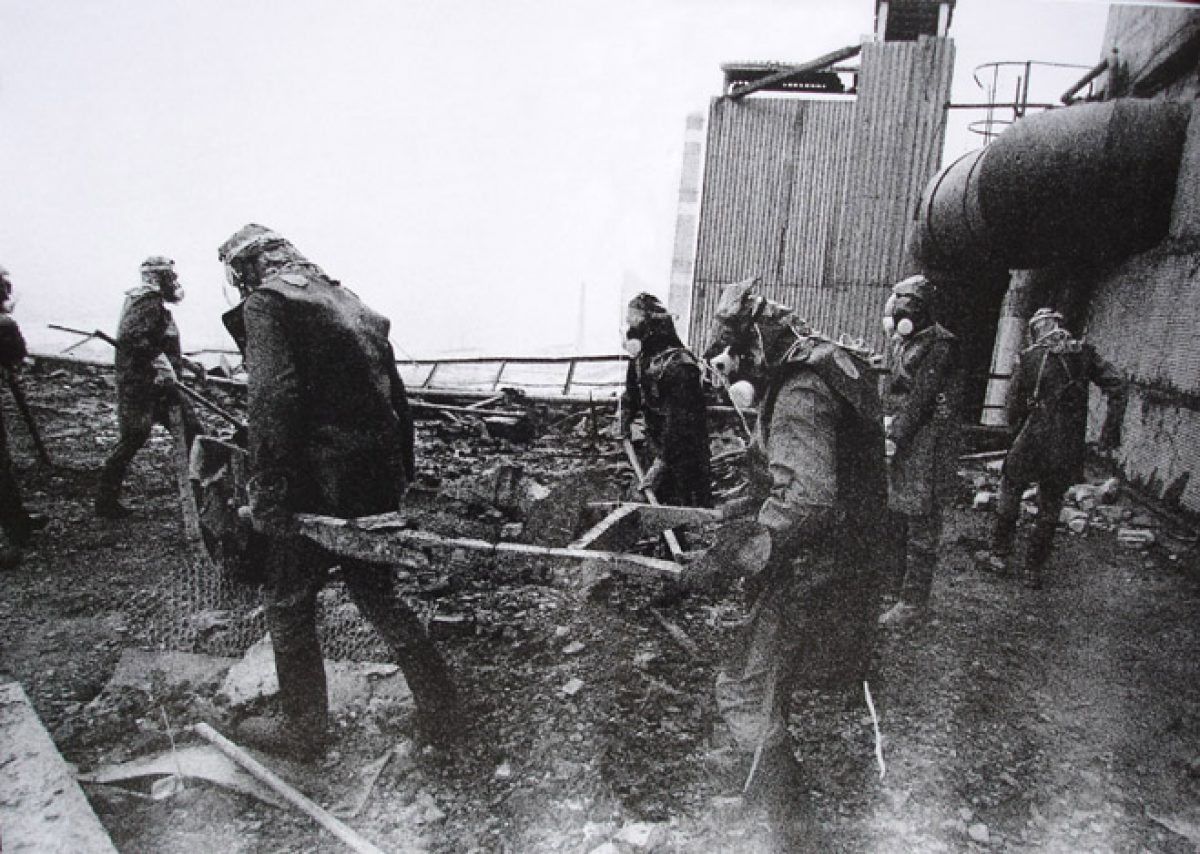 To eliminate it from defected reactors, extremely tough solidified corium, such as those of the Elephant’s Foot, would have to have been torn up. This will produce radioactive dust, potentially endangering people and the environment,” Lyman says. What’s more concerning is that scientists don’t know how corium will act in the long run, such as when contained in a nuclear waste archive. They already understand that the Elephant’s Foot corium is probably not as operative as it once was and that this is condensation by itself — and will continue to calm. However, it is still molten and emitting radiation.

To avoid further reactor meltdowns from the nuclear power plant, the New Safe Confinement (NSC) tumbled over Chornobyl in 2016. Well within the confinement barrier, one more steel frame was designed to support the collapsing cementitious burial chamber in Chornobyl’s reactor No. 4. In the incident of a blast in room 305/2, the NSC would preferably assist in preventing a huge cloud of uranium dust from distributing into the atmosphere. Room 305/2 was located right beneath the No. 4 reactor core and had been exhibiting enhanced neutron emission levels since 2016. Due to the sheer lethal levels of radiation, it is completely inaccessible to individuals.