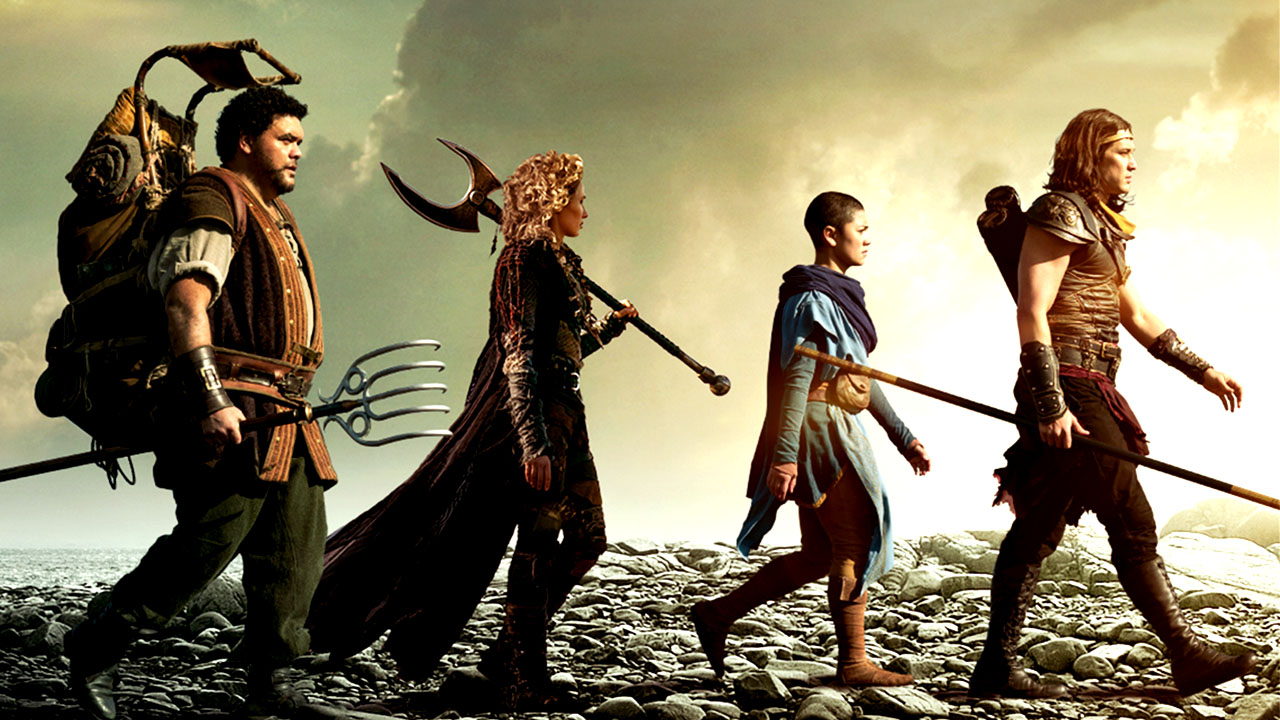 The New Legends of Monkey is a recent family show created under Netflix on the premise of a Japanese Show from the 1980s. This is an adaptation of a Chinese folktale from the 16th century about the Monkey King. The novel was written by Wu Cheng’en, and it is now considered one of the most historical tales in Chinese literature. The Monkey King (Son Gokū) was the central character in this novel. In Netflix’s show, “a girl finds the Monkey king trapped in a stone and decides to free him, thereon, they go on a journey to obtain the seven sacred stones and rid the world of the evil.”

I know what you are thinking; this synopsis sounds exactly like Dragon Ball. A young girl (Bulma) frees the monkey (Goku) trapped in the jungle (brings him out of the village), and they go on the journey to find the 7 dragon balls and rid the world of all evil. Akira Toyirama based his story about Son Goku on the same legendary novel that is now the premise of The New Legends of Monkey. While both the shows are very different, it is interesting to know the premise behind them.

Netflix aired the second season of The New Legends of Monkey in August 2020, comprising 10 episodes, and since then, no follow-up came on the future of the series. The show started in 2018 on an Australian channel, ABC Me, which was later acquired by Netflix to stream on the streaming service. It was created by the joint endeavor of ABC Me, Netflix, and a New Zealand channel, TVNZ. Right now, the second season is only available on Netflix in the U.S. and U.K., and it is yet to be released in New Zealand or Australia due to clauses of streaming rights. Hence, the third season of the show will only be announced once. The show comes to these countries in April or May of 2021. The New Legends of Monkey Season 3 is expected to come at the start of 2022 at the earliest.

This is a simple low-budget show meant for the younger audience. The adventures of the newly freed Monkey King with his trusty companions to find the Scrolls that are the only way to end the evil forces in the world. Tripitaka was looking for the strongest god that ever existed, but she got a half-witted Monkey that is still perfecting his powers. He is strong, able to fly riding on the clouds; his trusty staff that can extend is the only weapon he uses. This is a classic fantasy show that the kids are sure to love.

While there have been no reports of a renewal to the show, this is a tale that can extend for a long while. The protagonists are looking for seven scrolls, and they are nowhere close to getting them all. The ultimate goal is to get all seven and enable the Monkey king to obtain the ultimate power. However, the evil forces are aware that the Monkey King is back, and they intercept his quest to obtain the scrolls at every corner. We can have a new show coming soon. Until then, watch the previous two if you are looking for a light-hearted tale to enjoy with your family. You can also enjoy it as the Dragon Ball series fan, kind of a spin-off live-action for the first original show, Dragon Ball.

Check out the trailer to spot the similarities between Dragon Ball’s Son-Goku and Monkey: