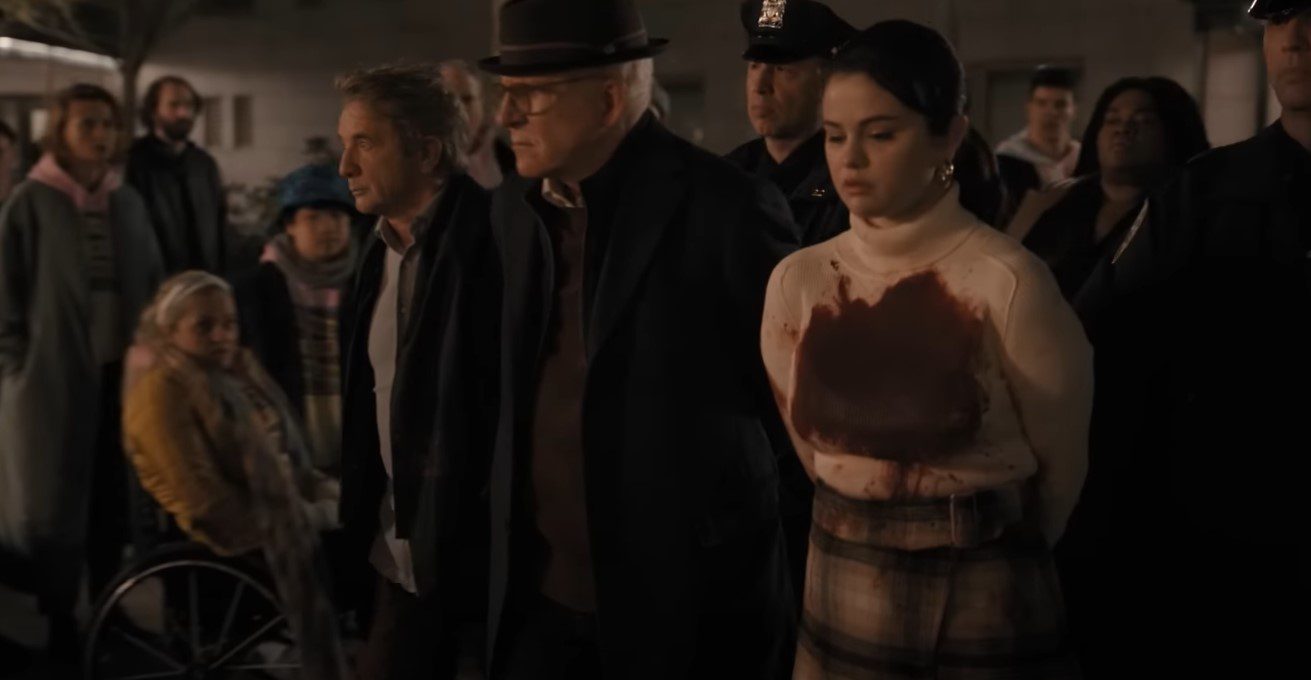 Only Murders In The Building Season 2 Schedule

Hulu’s scripted comedy starring Selena Gómez and washed-up comic geezers Martin Short and Steve Martin is back for its sophomore season. Here are the Only Murders In The Building Season 2 schedule. With great reviews and a good following base, the light-hearted comedy show about a girl and two old-geezers stuck in a New York apartment building where a murder takes place, and they run a podcast to figure out what happens makes its way for a second run on the popular streaming platform.

The unprecedented success of the show on Hulu makes it the most-watched comedy on that platform since Hulu came about. And it is a strong candidate for next year’s award season. So, if you really want to watch this show and never miss an episode, or if you want to catch up from season one and see what it is about, you’re on time because the season is just starting. In that sense, we’re leaving you here the season 2 schedule, so you mark those days on your calendar, and maybe you can even host a watch party with your friends! So, let’s get started.

Where Do Only Murders In The Building Season 2 Pick Things Up From?

The first season of the show ended with Charles (Martin), Oliver (Short), and Mabel (Gomez) discovering one of their neighbors dead. Although Mabel knew the victim in secret and kept it from Charles and Oliver, the trio banded together to try to solve the murder because they were all true crime enthusiasts. After learning about Mabel’s past, the trio finally pieced everything together and realized that Charles’ new girlfriend was the murderer. Before they could all rejoice over a job well done (and the successful conclusion of their well-liked true-crime podcast), Mabel went to her apartment and found another dead body—their co-op building’s irritable president. They must clear their names before it’s too late in Season 2 because all three of them were detained.

Where To Watch Only Murders In The Building Season 2?

The show is a Hulu Original series. In a consequence, the only place to watch it is Hulu. Luckily, Hulu is a globally available platform with many payment plans that suit your budget. And the most essential one gets you Only Murders In The Building, as well as all the other things that the basic Hulu catalog has to offer. Also, you can bundle your Hulu subscription with Disney+, ESPN+, and live television for an extra price and get all the benefits from all those platforms if that suits your budget.

Only Murders In The Building Season 2 Trailer

Steve Martin plays Charles Haden-Savage, a washed-up actor —much like the real one— who lives in apartment 14C. Selena Gomez plays Mabel mora, a young girl who just lives in Apartment 12E with her aunt and who was friends with the murder victim a few years ago. Martin Short plays Oliver Putnam, a Broadway director who comes up with the idea to make a podcast and lives in Apartment 10D. They’re joined in season 2 by influencer Cara Delevingne who plays Alice Banks, she’s Mabel’s love interest and works in an art gallery. Michael Rapaport plays Detective Kreps, a cop who’s looking into the murder. Shirley MacLaine plays Leonora Folger, and Amy Schumer plays herself.

Only Murders In The Building Season 2 Schedule

With this information, we conclude our coverage of Selena Gomez’s latest stint with Martin Short and Steve Martin on Hulu. Please keep an eye out for our recaps on this series. And also keep browsing our website for more information related to entertainment. If you liked this article, please share it with your friends on social media with the hashtag #OMITB. Happy streaming, and see you soon!

Also Read: Only Murders In The Building Season 2 Episode 3 Release Date: How Bunny Was Killed