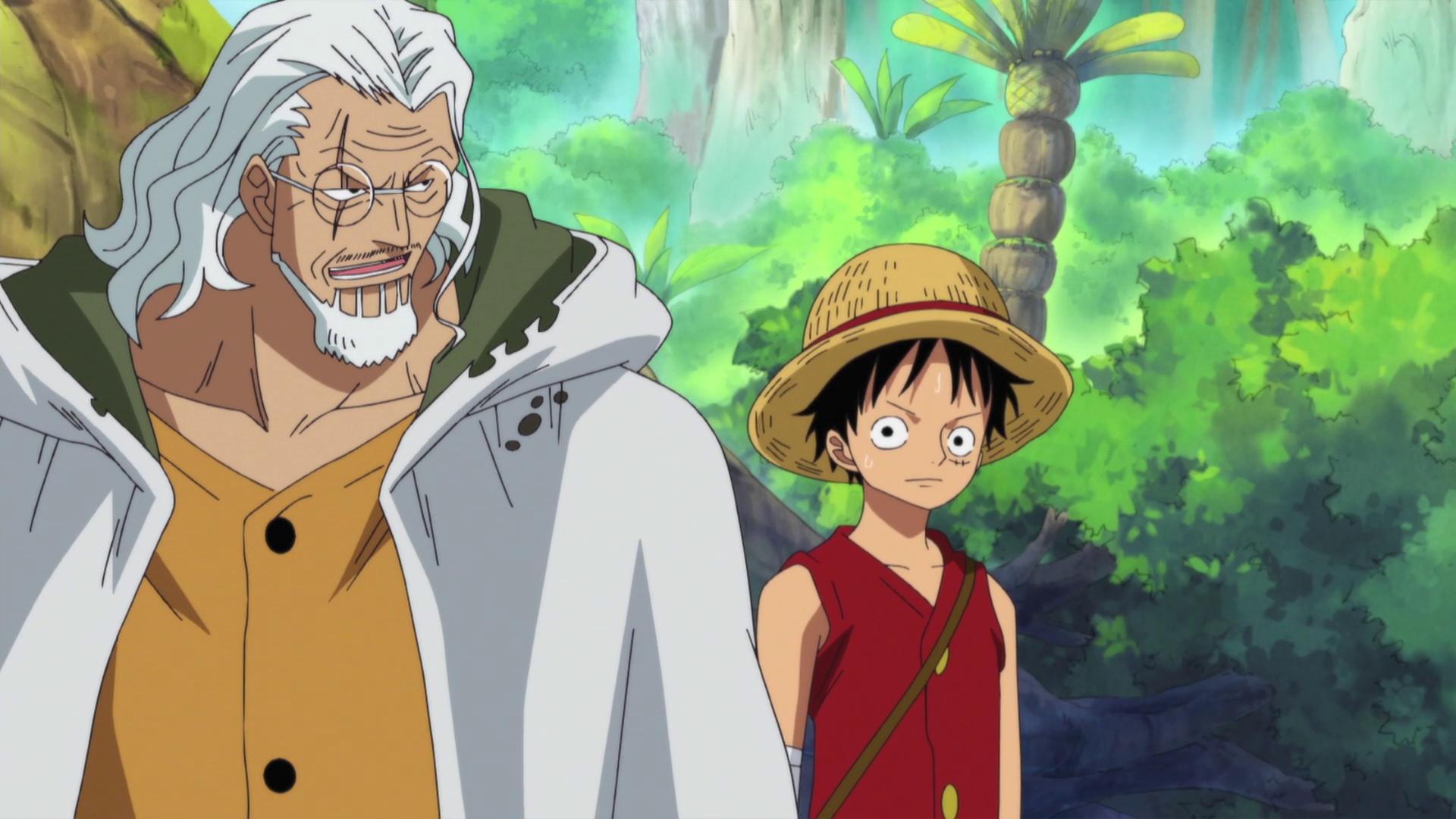 Rayleigh and Luffy meet on an island during the slave auction, where Luffy is saving Kamie. This encounter changed Luffy’s life, and Rayleigh was impressed by the time he got to know Luffy and his dreams. We will reveal the episode where Luffy train with Rayleigh and other things related to Luffy’s training. Let’s start by looking at Rayleigh’s past and who he is. Rayleigh is known as Silvers Rayleigh, the “Dark King.” He is one of the famous, powerful pirates that traveled with Gold .D Roger in the past, but he is now retired. The Navy fears Rayleigh due to his tremendous powers.

He worked for the legendary Roger Pirates as the “Right Hand of the Pirate King” before the crew was disbanded. Rayleigh is par with Whitebeard, Monkey. D Garp Shiki, Sengoku, and Kong conquered many seas during Roger’s reign. After Roger Pirates disbands, Rayleigh begins to live a normal life as a coating mechanic at the Sabaody Archipelago. This is where he settled with Shakuyaku and befriended Hatchan. Later he allies with the Straw Hat Pirates during the Sabaody Archipelago Arc after showing his Haki when he saved Kamie.

We can say many things about the Dark King Rayleigh, who played an important role in Luffy’s life. Rayleigh has been attached to Luffy since the Archipelago Arc and believes that Luffy will achieve his dream. Luffy also likes Rayleigh, and there are lots of things that we can say about Luffy. Rayleigh and Luffy shared a great relationship that led Rayleigh to train Luffy after Luffy faced tremendous battles and the worst nightmares where he lost his brother.

What Episode Does Luffy Train With Rayleigh?

Luffy trains with Rayleigh in One Piece Episode 516, titled: “Luffy’s Training Commences – Two Years From Now at the Promised Place.” This happened after Luffy failed to save his brother Ace who was killed d by Akainu. Ace was saving Luffy from Akainu’s killer lava punch and died in front of Luffy. Luffy was saved by Jinbei, who went with him to Women’s Island to be treated by Law. After Luffy recovers, he rampages, and Jinbei manages to console him. However, Rayleigh appears after swinging across the ocean and talks with Luffy about his training since there are ferocious foes that await Luffy in the future. 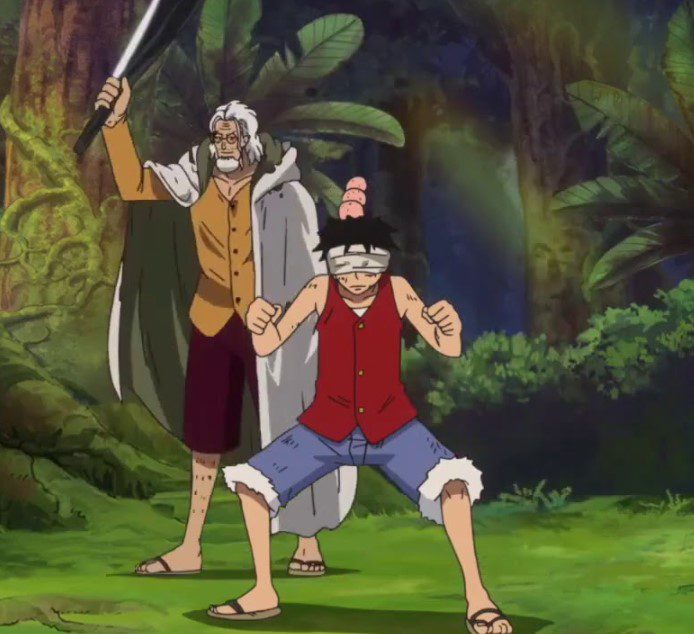 Jinbe leaves Luffy under Rayleigh’s care; he promises they will meet at Fish-Man Island after two years. Rayleigh reveals where he will train with Luffy for two years. However, Hancock was against that idea since she believed Luffy had yet to recover. But Rayleigh promised Hancock that it would be best for Luffy to train there. Rayleigh and Luffy head to an abandoned island called Rusukaina. Luffy’s training begins on the island, and they enter the Jungle of the island, where Rayleigh shows Luffy the only safe place.

Luffy puts his Straw Hat safe, but when they proceed, they are attacked by a giant elephant that Rayleigh defeated using a Haki. Luffy is impressed that Rayleing defeated the giant elephant without touching it and realizes it is the power he will need when he faces Kaido. Rayleigh also shows Luffy three different types of Haki. This excited Luffy, and the intense training began. Luffy tries to master three types of Haki. But Rayleigh was glad that Luffy unlocked the Haki in the past when trying to save Ace.

Also Read: How Old is Uta in One Piece?

Why Did Luffy Go Training?

Luffy thought he was stronger and would conquer any enemy standing in front of him, but when he met the likes of Kuma, Akainu, and other stronger warriors, he realized he was strong enough to protect everyone. This was also caused by Ace’s death since Luffy couldn’t save Ace, and after morning Ace’s death, he decided to get stronger by unlocking new powers through training, and he realized that training would help him protect his friends in the future. No one ever thought that Luffy would go training since he has never trained before and always wins against his enemies, but things changed after meeting his worst nightmare. 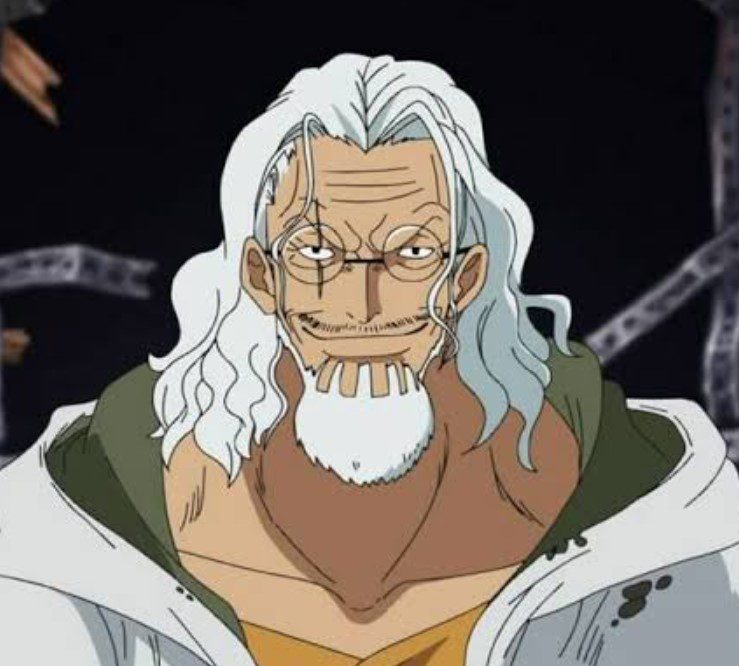 Why Did Rayleigh Train Luffy?

Rayleigh saw something about Luffy and realized the kid was strong since he reminded him of former pirate king Gold D. Roger. After battling with Kuma, he learns something about Luffy, and when he learns about Luffy’s desire to change the world, he decides to track down Luffy and meet him at Women’s Island and offers to train Luffy. Rayleigh also knew that there were hidden powers within Luffy, and these powers would help save the world, and Luffy’s goals made him get more interested in training him.

Also Read: The Live Chapter 117 Release Date: The Battle At The Demon Forest