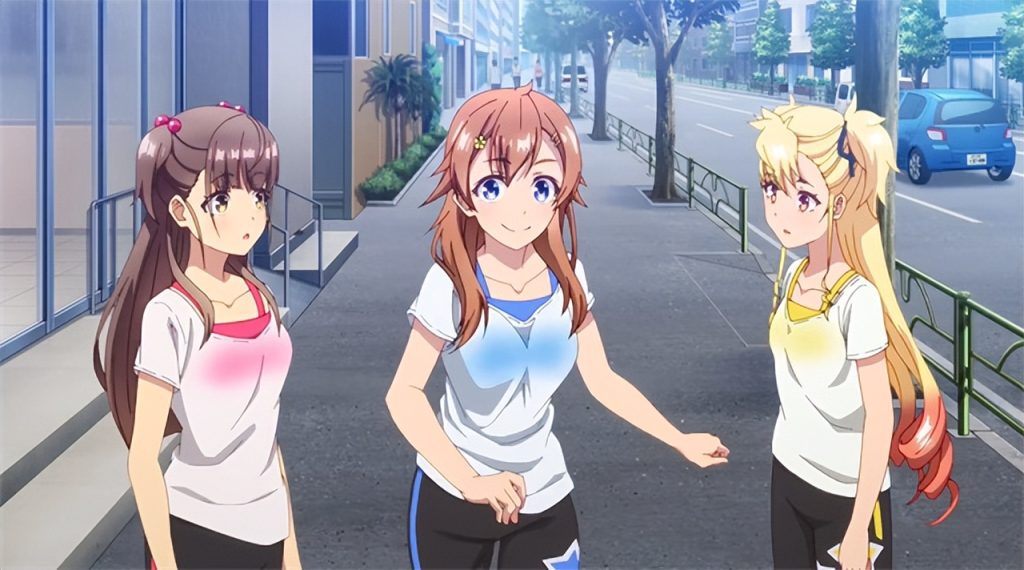 Shinepost Episode 4 is going to be released soon, and today, we are going to discuss the release date of episode 4 and where to watch it as well. Rakuda has written a light novel, which is the basis of Shinepost. Buriki is the illustrator of the same novel. Studio Kai premiered the anime series in 2022 July. The characters in the anime include Haru Nabatame, Kyōka Tamaki, Momiji Itō / HY Rain- Ren Kurogane, Aoba Karabayashi, Itoha Karabayashi,/ FFF- Nanami Totsuka, Hinatsu Hinomoto, Yawara Naekawa/ YuraYura sisters- Natalya, Miina Hirose/ Hotaru and others like Yūki Hinase, Homare Torawatari, Eiko Kikuchi , and Naoki Hinase.

The plot revolves around Tings. Tings are trying to achieve their big-big dreams; unfortunately, their achievements to date are still not that big. They are now facing issues that might lead to a split-up between the Tings. All the hopes to see glory seem extremely bleak until a new manager comes in and changes things for them for good. After he takes Tings under him, they appear to be rising all over again.

The cliffhanger in episode 3 left all of us fans wanting more from the episode, which we are hoping will come in Shinepost episode 4 for sure. For starters, we most definitely, appreciate how Konami played. Well done Konami! We also realized how Manager Naoki must be a Shoji player’s master. We saw Rio be in the center, then Kyouka’s hidden ambition coming to the surface, and her failing attempt at hiding her anger for not being chosen. Her outburst makes it super difficult for her to be back on track like she had been doing the entire episode. She needs to get it right this time because she has that one fan rooting for her, and she most definitely can’t let him down. This episode focused on hiding Kyouka, trying super hard to guide her low self-esteem issues. This affected her performance while making her trip. It was noticed by Haru and Yojimoji Team. Kyouka then throws tantrums left, right, and center to avoid facing the issue. This is a very common behavior. We also see a lie in this episode. Kyouka claims she wants TINGS to be a special group but also wants a special place for herself. Her slip has become another reason for her insecurity. We also believed that Yujimoki would become a part of this episode but unfortunately, that didn’t happen. Well, we are hoping that it will happen in the next episode as they are already closer to the group.

Where to watch episode 4 of Shinepost?

License to Shinepost anime has been procured by Sentai Filmworks. This anime will be exclusively streaming on HIDIVE. Fans can go and watch Shinepost episode 4 on HIDIVE.