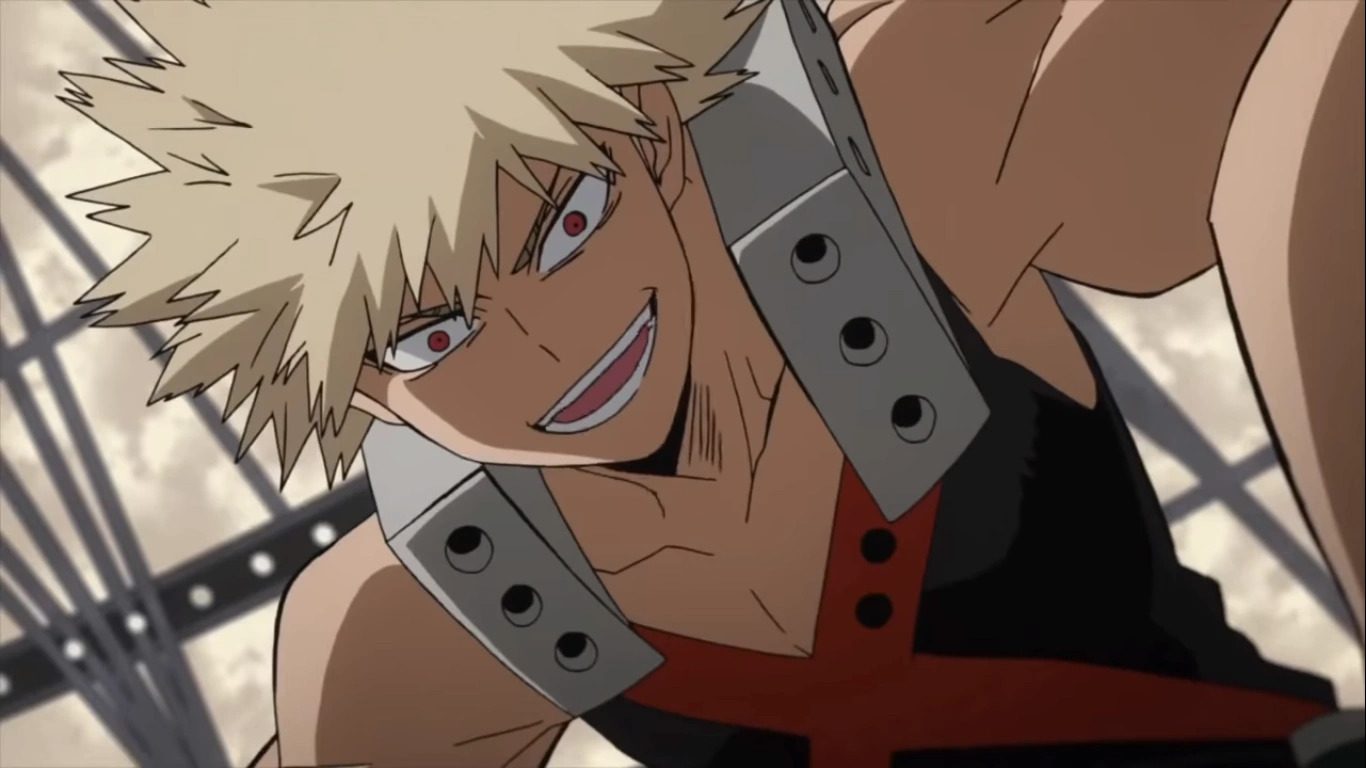 The anime series My Hero Academia is written and illustrated by Kōhei Horikoshi and is a superhero story. The story follows Midoriya Izuku, a boy born without superpowers in a world where they are quite common. Upon being scouted by the greatest hero of Japan, All Might, the greatest superhero of all time – he chose Midoriya as his successor and enrolled him at a prestigious high school for superheroes. Here, Midoriya trains to become a hero alongside his several classmates, including Bakugou Katsuki. So, here we will look into the ten worst things about Bakugou Katsuki.

The deuteragonist of the anime series My Hero Academia, Katsuki Bakugou, also known as Kacchan, is a superhero and one of the main protagonists. During his childhood, Bakugou Katsuki often bullied the quirkless Izuku Midoriya. However, when they both entered UA High School, and Katsuki lost to Izuku in training, he started seeing him differently. When Katsuki is kidnapped by the League of Villains, All Might loses his quirk in the process of saving him, causing him to blame himself for All Might’s retirement, despite All Might’s assurances to the contrary.

As the series continues, Kazuki becomes one of the few people who know the true nature of the One for All quirk of Izuku. His quirk is Explosion, which allows him to create explosions with his hands by detonating the nitroglycerin-like substance he sweats. He learns how to use it in a variety of ways throughout the series. Overuse of the quirk hurts his arms.

So, let’s look into the 10 worst things about Bakugou from My Hero Academia:

10. Explosion Quirk Makes Him Act Like He’s Superior To Everyone Else

Since the time Katsuki was a kid, he’s been told that his Quirk is an amazing ability that allows him to be a hero. While this isn’t exactly a lie, the hero society is obsessed with Quirks like Katsuki’s. However, it does nothing for Katsuki as a human being. 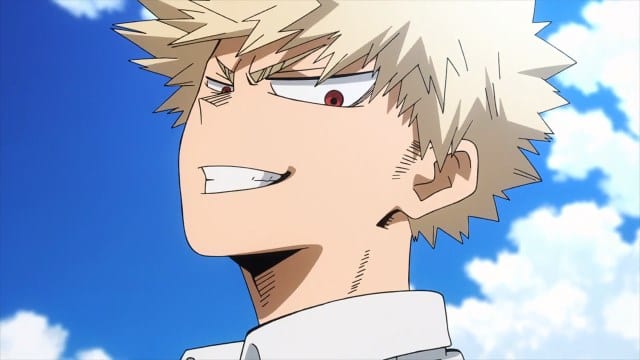 As a child, he develops a superiority complex, believing he is superior to others. He perceives Izuku as a pebble in the path of his greatness and is just as arrogant towards others. An example is his speech at the beginning of the U.A.Sports Festival, in which he declares that he is going to win.

9. Bakugou Was An Abusive Bully 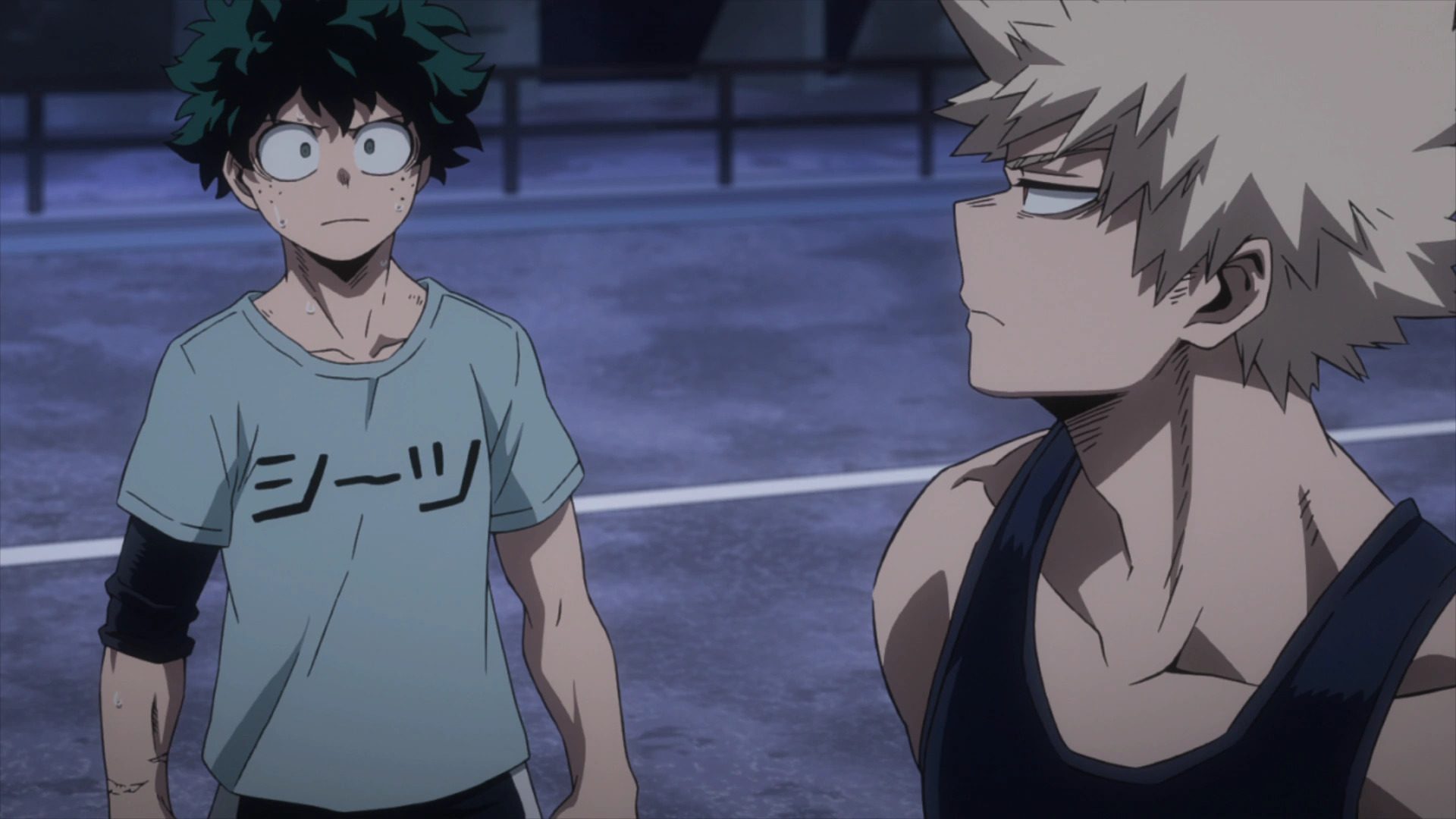 Katsuki’s bullying is partially due to his upbringing, but the society he grows up in does not justify his actions. What’s more, he is never held accountable for what he does as a result of Katsuki’s quirk, Explosion.

8. Bakugou Vents His Rage At Deku For His Feelings Of Guilt And Bereavement

Eventually, Katsuki’s kidnapping by the League of Villains leads to All Might’s defeat and All for One’s demise. In the aftermath, Katsuki feels responsible for the demise of the Number One hero. 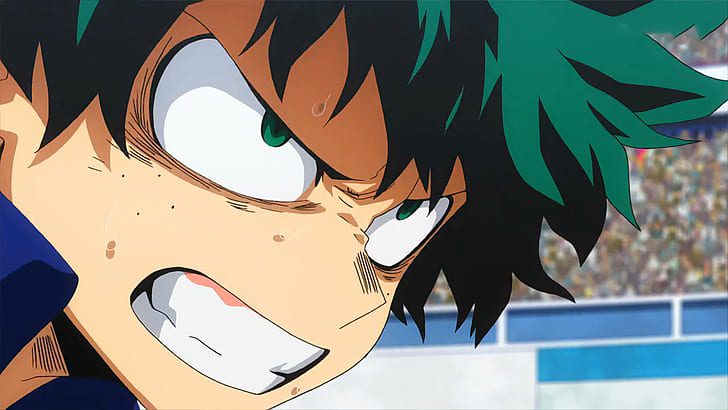 Although Deku and Katsuki do seem to have resolved some of the tension between them through their fight, it seems counterproductive for Katsuki to always find a solution to his problems by attacking Deku.

7. Bakugou Uses Insulting Nicknames To Describe Everyone Around Him

Katsuki’s abusive treatment of Izuku is one of his worst traits, but he doesn’t do any better with others. Katsuki originally dubbed Izuku Deku, a reference to an ineffective wooden doll. Although it was later claimed by Izuku as his hero name, it was used as a tool to hurt him. 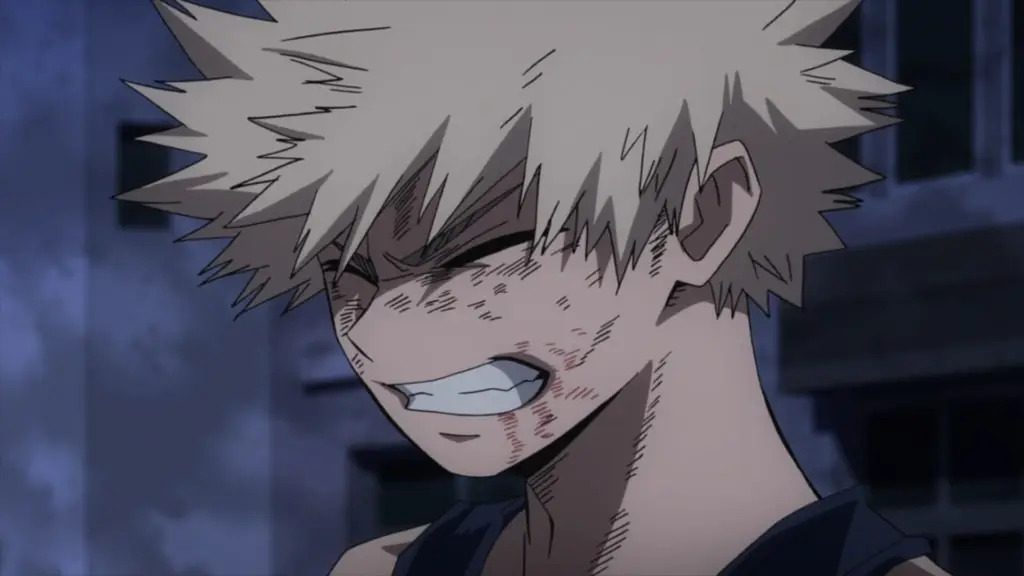 While his family and friends are not as abusive, they are nonetheless referred to very similarly. Katsuki refers to Denki Kaminari as a dunce’s face because of the side effects of his Quirk Electrification. Shoto Todoroki is called Half-and-Half. Tenya Iida is called 4 Eyes. Mitsuki gets the nickname Hag, while the people who aren’t close to her are simply “extras.”

6. His Ability To Co-operate With Others Was Initially Quite Poor

Because of his perfectionistic personality and arrogance, it makes sense that Katsuki is not well suited to working with others. His first encounter with Izuku during the Battle Trial shows how incompetent he is in merging with Tenya Iida. 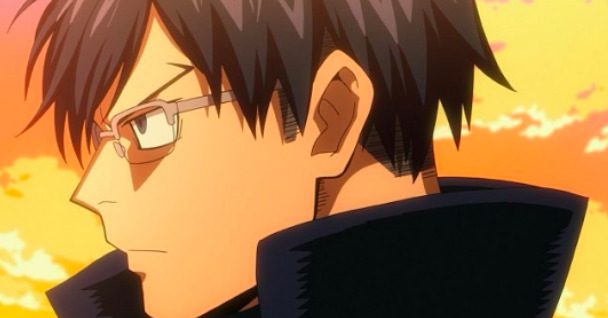 The team-up with Izuku during the Final Exams is a complete disaster. It’s worth noting that he does improve in this aspect of his character over time. But his extreme impulsiveness still makes him difficult to deal with. The students of Class 1-A are accustomed to his unusual personality, but other heroes may not be so understanding.

5. Bakugou’s Reason For Being A Hero Stems From His Perfectionism

All Might is very well respected by both Izuku and Katsuki. However, Katsuki’s reasoning stems from his stubbornness. He wants to be the greatest and become Number One for his own sake. 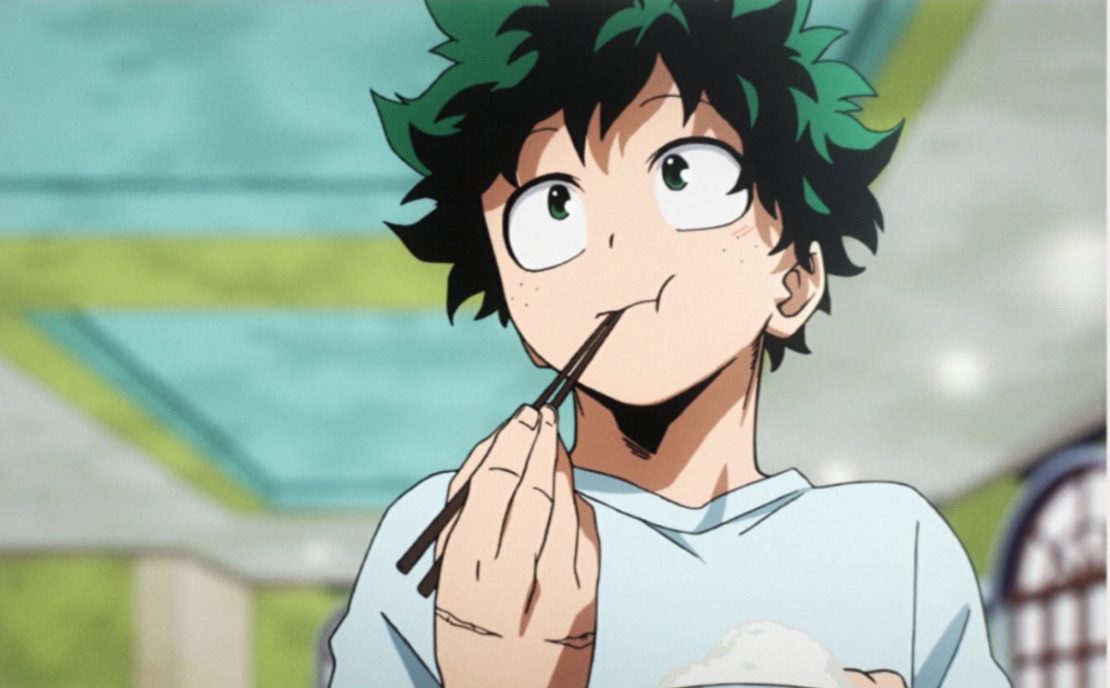 Though he is not entirely self-serving, one would be lying if one implied he does not wish to do good. Truly, he simply believes that winning is what makes a hero. Unfortunately, his thinking approach – and how he approaches it in practice – may come off as unheroic.

4. Katsuki’s Pride Causes Him To React Poorly To Losses Or Wins He Considers Undeserved.

The fact that Katsuki is so arrogant, along with being so prideful, partially explains why he resents Izuku so much. He seeks assistance from his friend as an insult, both when he falls as a child and when he is attacked by the Sludge Villain. Deku’s future as All Might’s successor does not help either.

While paradoxical, he also suffers from a crippling inferiority complex that makes him dislike weakness. He sees Deku’s new Quirk as a threat, and when he loses to Deku, he feels wound in his pride. 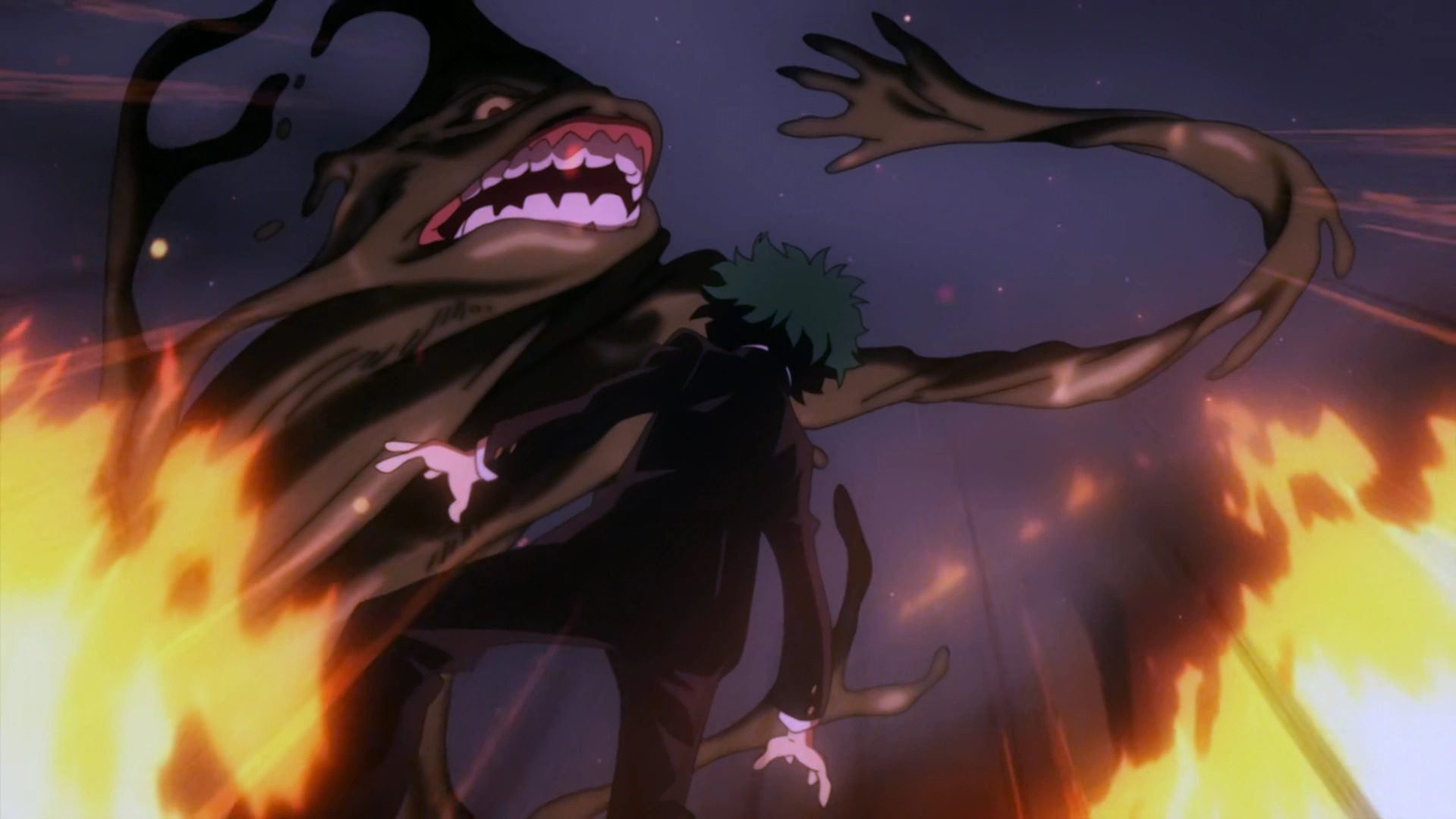 Katsuki also reacts badly when he doesn’t get his way. For example, during the U.A.Sports tournament, when Shoto Todoroki doesn’t use his fire in the battle, Katsuki reacts so violently that the teachers knock him out. Later, he is tied down on the podium like an animal, a very poor choice on their behalf and one that inflames his temper.

3. His Violent Behavior Conceals The Fact That He Has The Potential To Be A Truly Heroic Hero.

He exhibits great battle sense and a great work ethic despite his flaws, as demonstrated during the Joint Training Battle with Setsuna Tokage’s team. Despite his numerous flaws, he does have the potential to become a hero. Aside from his powerful Quirk, he is intelligent, and he shows great leadership ability when he tries. 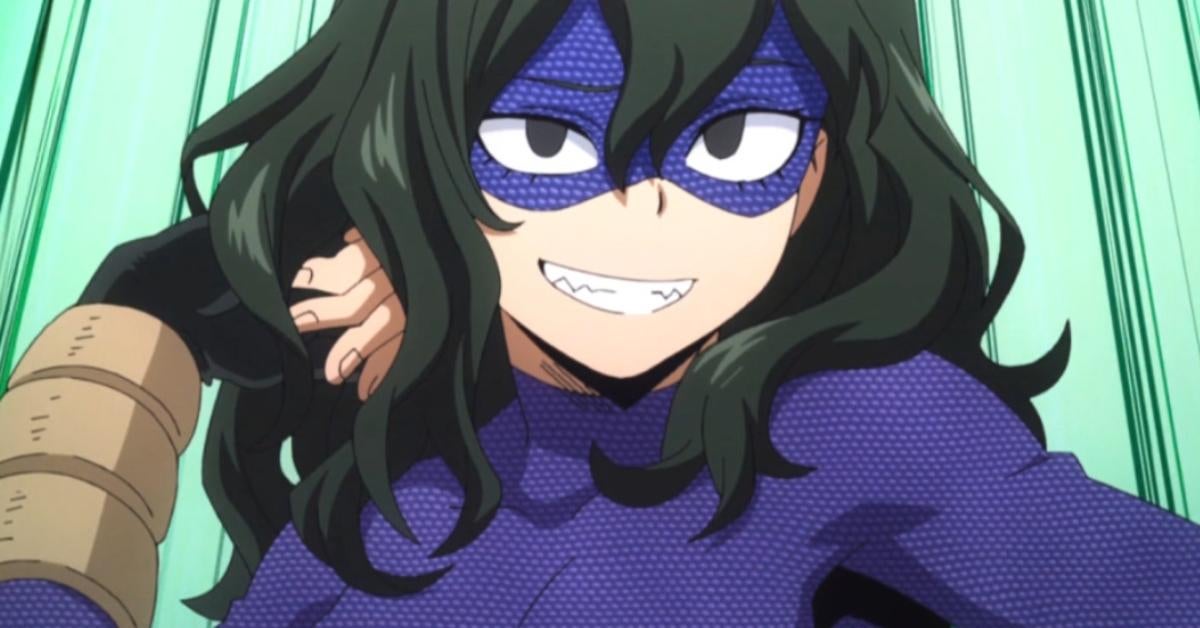 It is because of Katsuki’s violent behavior that Setsuna underestimates him. His violent behavior hides the fact that he is capable of being a good leader. Luckily, he is indeed showing growth and overcoming his rivalry with Deku. Their bond was once again strengthened by the Paranormal Liberation War, and Katsuki now displays genuine regret for his past actions. However, he hasn’t completely overcome some of his flaws, and if he doesn’t, he may never reach his true potential.

2. His Hero’s Name Is Probably Not The Most Insightful Option

In the career of a young hero, the hero’s name is very important. Katsuki tries to make his hero’s name demonstrate his violence. Pro Hero Midnight vetoes his first choice, Lord Explosion Murder. Eventually, he settles upon Great Explosion Murder God Dynamight.
As a hero name, Dynamight isn’t a terrible option, but mentioning murder isn’t the most inspiring choice either. As the author originally planned, Katsuki might have been better off choosing Ground Zero. However, given his preference for shouting “die” when he attacks, mentioning murder seems appropriate.

1. Bakugou’s Aggressiveness Prevents Him From Acting Appropriately In A Rescue Scenario

When it comes to rescue missions, Katsuki’s aggression leaves him at a competitive disadvantage. He may be overlooked when fighting villains, but when it comes to fighting heroes, the tendency for violence leaves him unequal to the task. This is why Katsuki fails the Provisional Hero License Test. 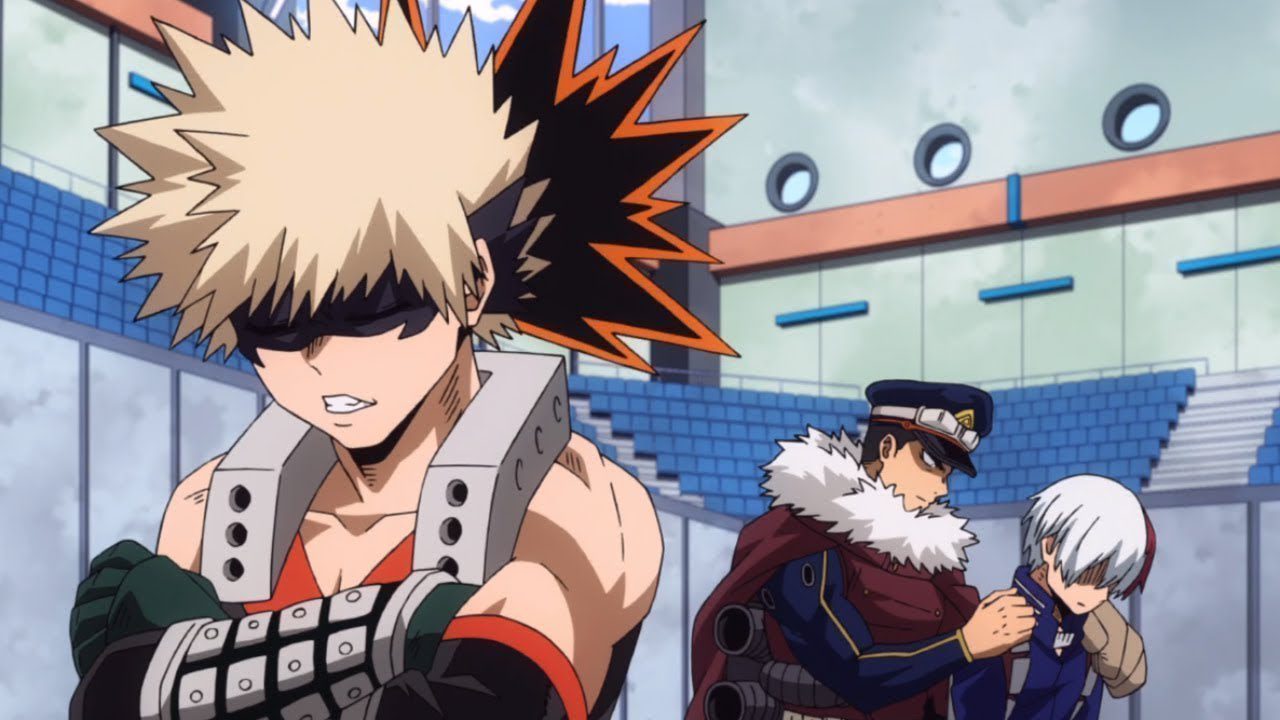 The repercussions of his temper are hard to deal with, as he can’t mellow out until he takes another class, which he uses to overcome some of his flaws. He does better later on, taking a class that allows him to overcome some of his flaws. He passes his licensing exam on the second try and bonds with the children in it. It’s a worthy effort, but Katsuki’s presence needs improving in rescue scenarios.

Also Read: Will Katsuki Bakugou Die In My Hero Academia?