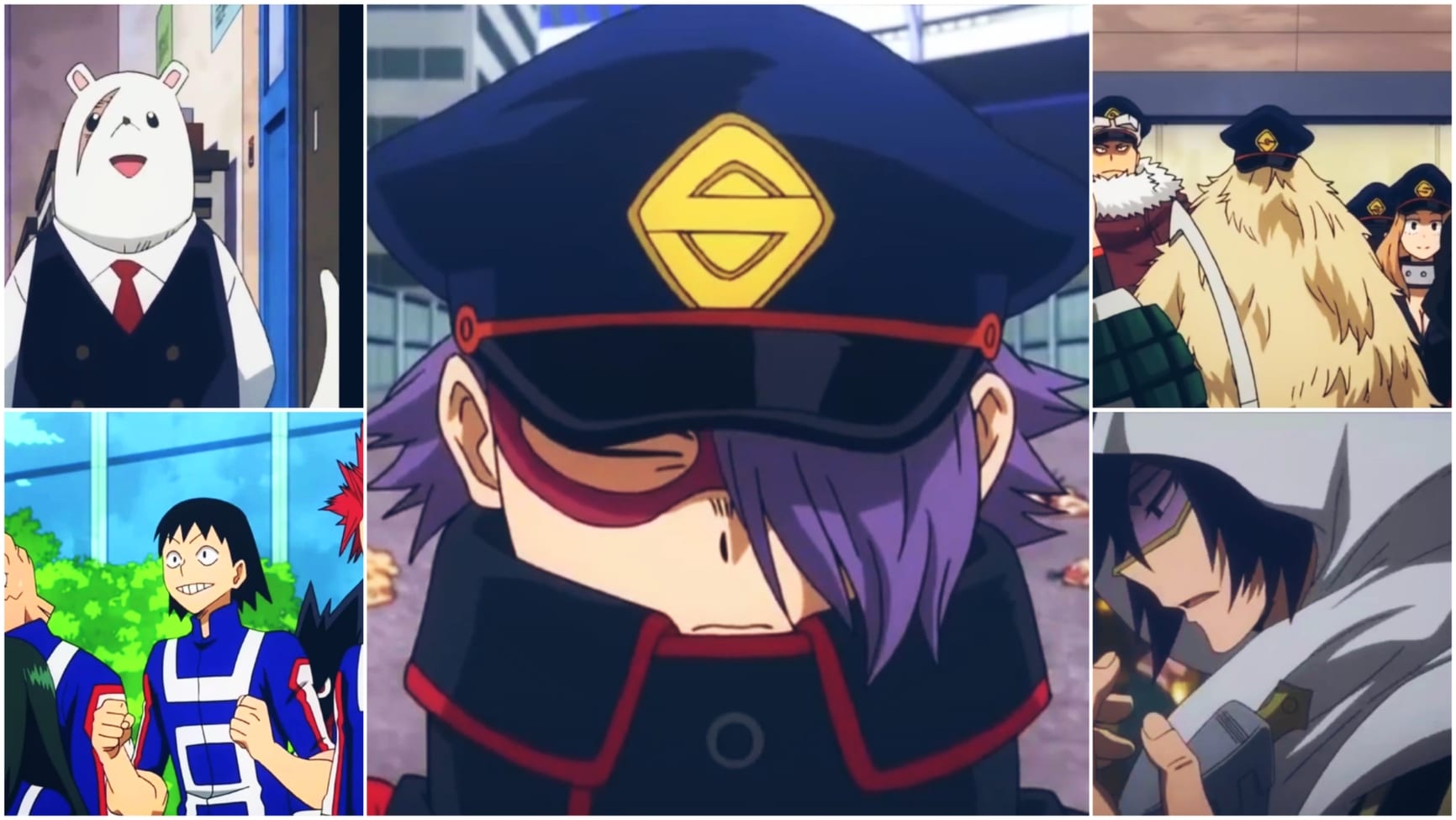 The world of mutants was never as well depicted in any other anime as in My Hero Academia. We have seen many cool bits of these mutant abilities, better known as “quirks” in this world. These quirks impressed people beyond words. Fans just could not get enough of these cool quirks, which enabled these characters to manipulate fire, ice, and immense power. But what about some of the weirdest quirks in My Hero Academia? Well, that’s what we are discussing this time. While some quirks leave a fascinating imprint on the viewers, some just leave them wondering what they just saw. Not that these quirks are useless, at least not all of them. They are just plain weird that might make you cringe a little or gross you out completely.

Kohei Horikoshi, mangaka of My Hero Academia has created some very unique quirks. Seeing some of the quirks mentioned below might want viewers to question what exactly he was thinking while creating them. Yet, these quirks and character bring in a lot of fun. So whatever the thought process was during their creation, we had equal fun with all of them. I mean, almost all of them until some of them went off the grounds and became disgusting.

The manga is ongoing, and the hype surrounding it is immense. You can find the manga on Viz or the official Manga Plus App of Shueisha. Mainstream quirks are brilliant, but weird quirks are fun to discuss. It makes their world more believable. So here’s a list of the ten weirdest quirks in My Hero Academia. They are not ranked because it’s tough to judge when they are all equally weird. 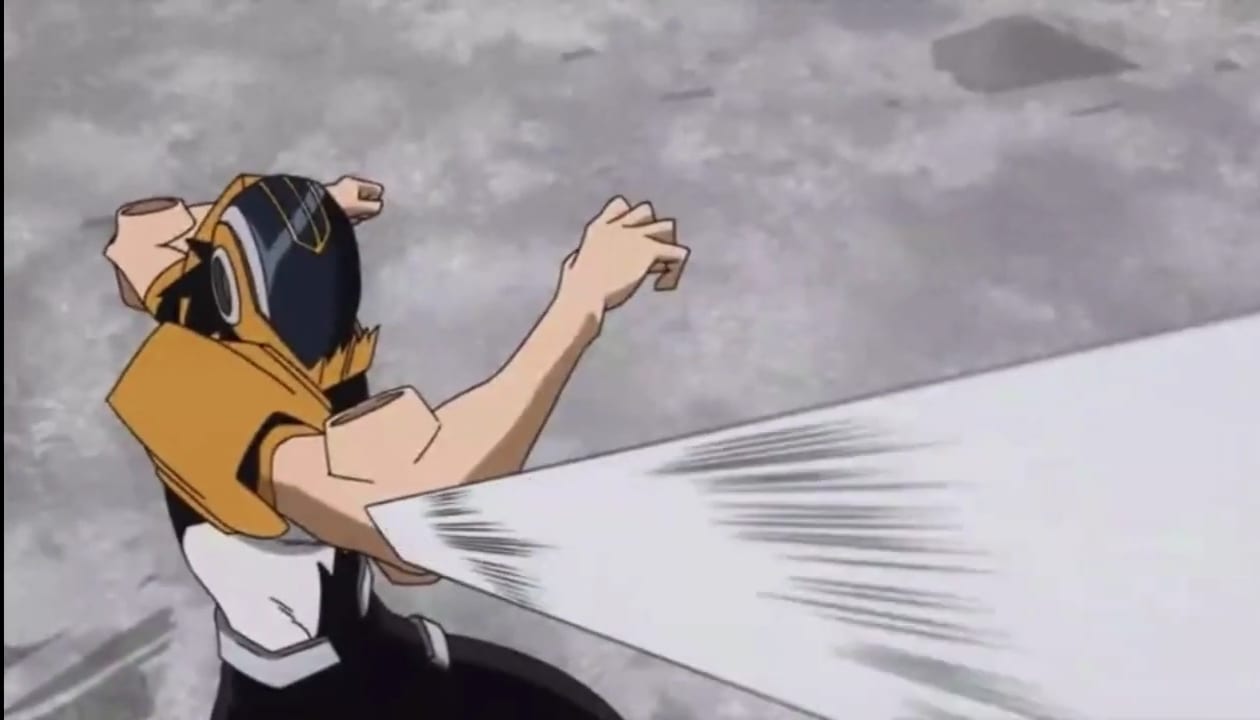 Hanta Sero’s quirk is nothing gross or useless. It is pretty strong, in my opinion. But, it is pretty weird in the sense that no one could have thought of this as a superpower before. Hanta Sero, the student from class 1-A in U.A High has some unique organs in his arm that act as a tape dispenser. He can project long strips of tapes from his organs and use them to his advantage. He has been seen using it to tie up enemies and inhibit their movements.

Hanta does not simply shoot these tapes, he can also draw them back. Pretty cool, isn’t it?

Nezu has one of the most highly efficient quirks in the world. It’s probably one that tempts me the most. Perhaps the reason why he belongs in this list is more because of himself rather than for his quirk. The first question that I wonder about most is: What animal is Nezu? Is he a dog? Or is he bear? Or is he a rat? Nezu is all of them yet none of them. He is just a weird mix of animals with a strong quirk. His quirk, High Spec, enables his profound intelligence. He is far more intelligent than the humans, making him not only a pro hero but also the principal of U.A High. 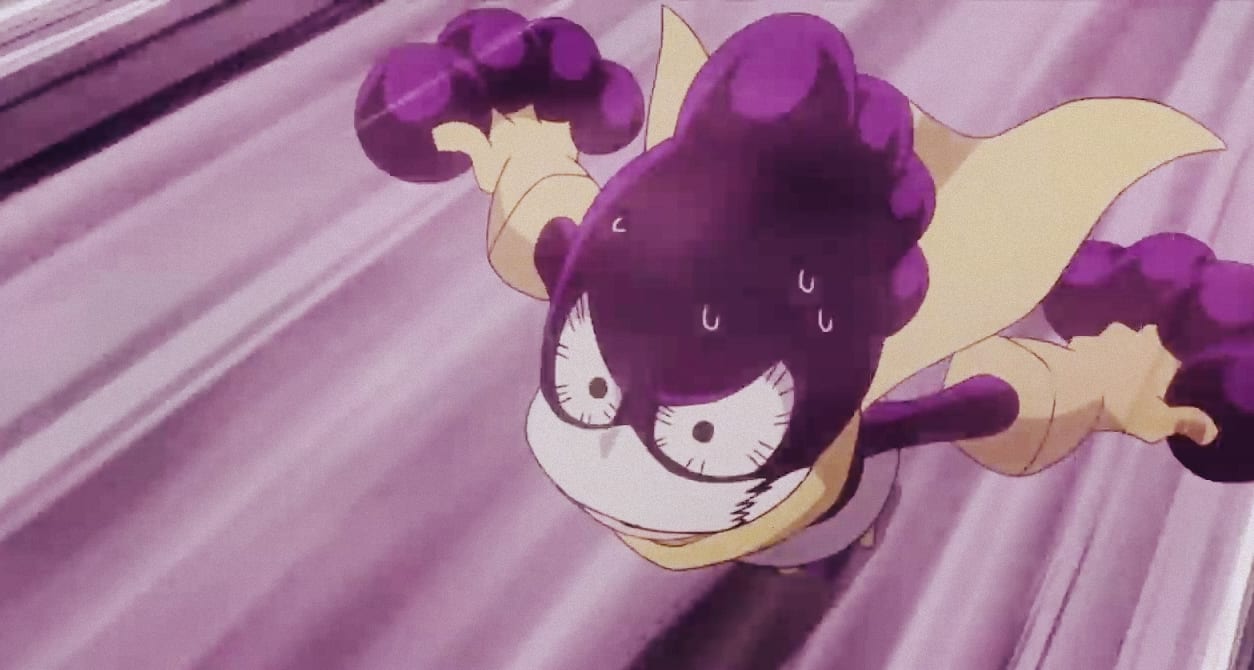 Name of Quirk: Pop Off

Minoru Mineta stands at the 9th rank in the Midterm exams. For anyone wondering if his quirk makes him super smart like Nezu, they are highly mistaken. If people were finding Nezu’s hybrid body weird, Minoru’s quirk might just make their eyes pop out. Minoru Mineta is a major character and has one of the weirdest quirks in My Hero Academia.

Pop Off lets him use spherical structures that grow on his head. Minoru simply plucks these spheres and uses them to climb up, attack enemies, and defend himself. These spheres are not normal round things. They are adhesive, so they can pretty much attach to other things.

The list of weird quirks in My Hero Academia continues as we present more questionable powers ahead. 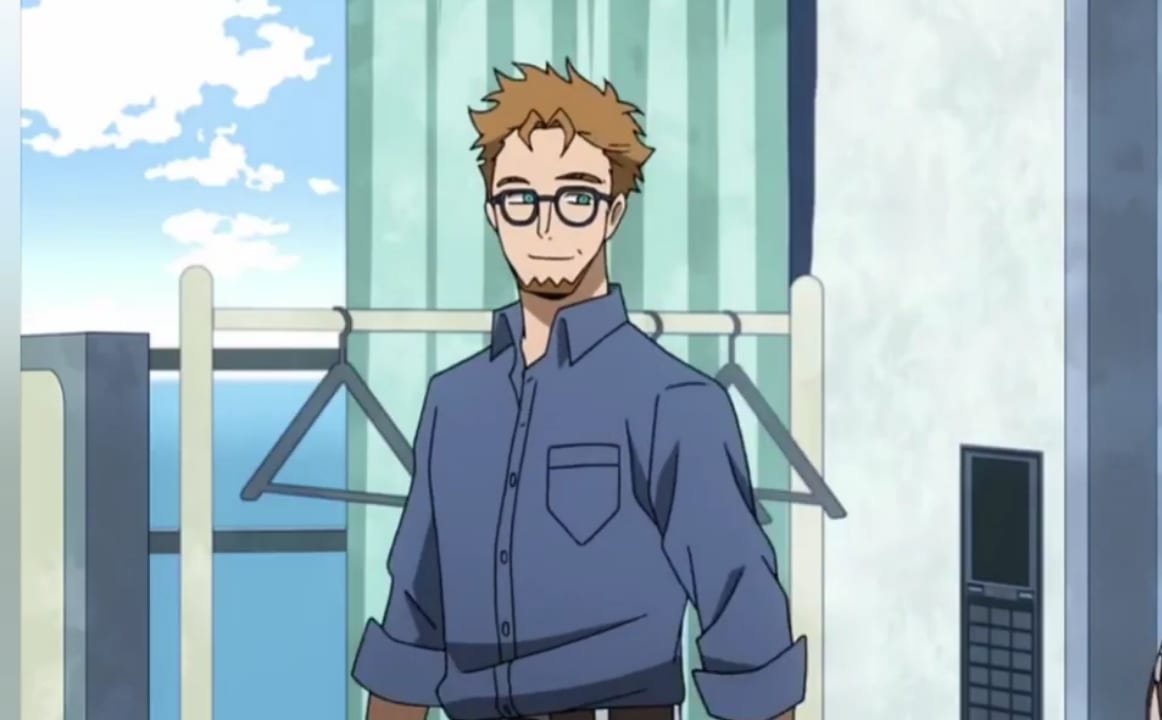 David Shield is a support item developer. He is a genius scientist who helps in making the costumes of the heroes. David was a former sidekick. So what does his quirk ‘Squirmy Fingers’ do? It sounds sort of badass, but it is pretty simple. David can bend his fingers beyond the limits of normal people. That’s it. Even for the world where My Hero Academia is set in, it is a very weird concept.

David makes use of his very bendy fingers to have precision in his works. Meaning, it comes in handy (pun intended!) when he is working on his inventions and hero costumes. 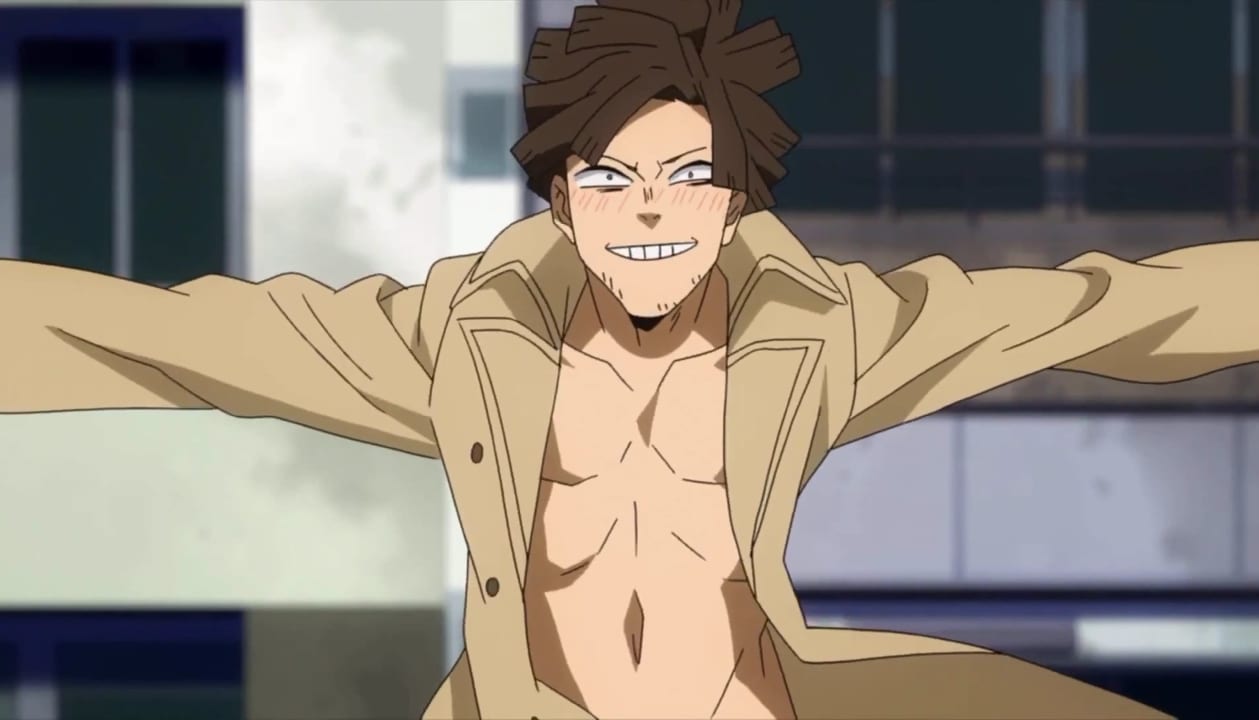 It would be a pretty cool quirk if it let someone feel extremely shy or ashamed. I mean it could pretty much be fascinating to watch if nothing. But, Teruo Hazukashi’s quirk does nothing of this sort. Hazukashi appears for only a quick scene before he is knocked away by Hawks. His quirk enables him to enhance his strength by getting embarrassed. How much he can enhance himself will remain a secret to us because we haven’t seen him ever since. To get embarrassed, he starts stripping.

To be honest, I’m slightly curious to know how he was planning to bring the company down. If you look up his name in Japanese, both of his names, Teruo and Hazukashi, relate to the feeling of embarrassment. Well played, Kohei Horikoshi. 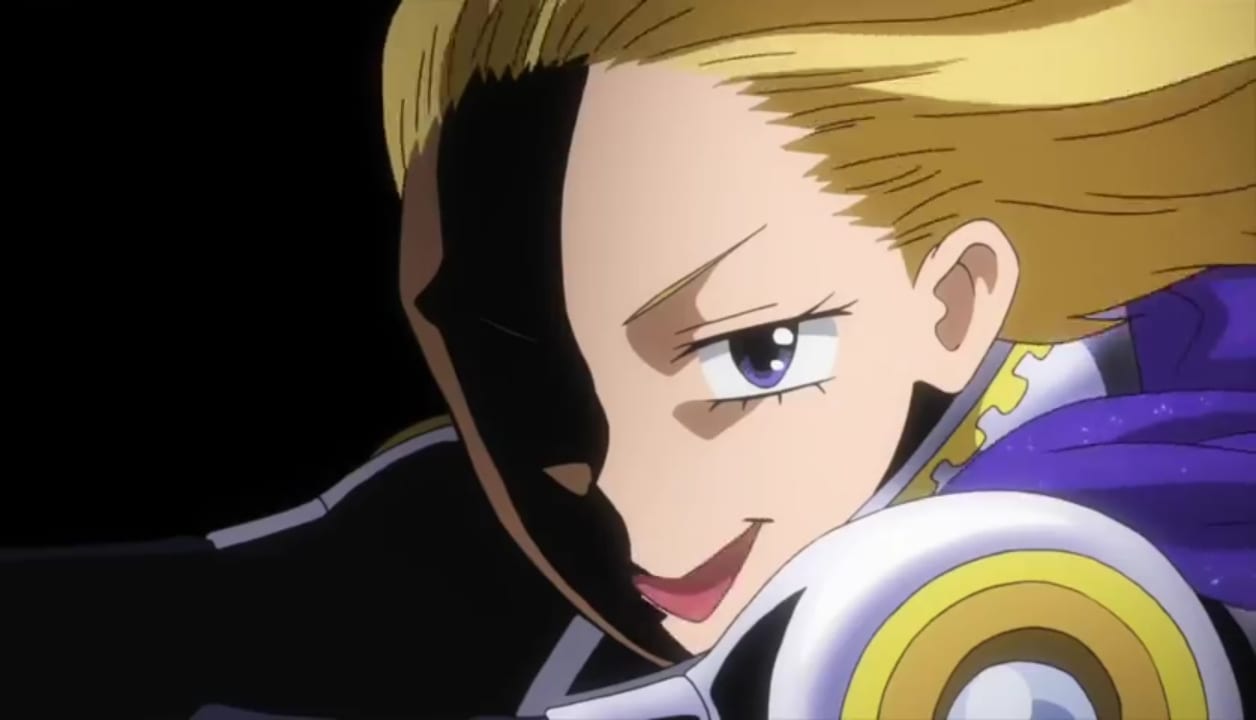 The shining hero of class 1-A in U.A High has the next weird quirk on the list. Laser shots from eyes sound amazing. But if lasers are shot from the navel, the only person who can make it look cool is Yuga Aoyama. But since we are talking about lasers, of course, Yuga’s quirk is extremely strong. He has proved to be useful and strong on multiple occasions.

Since eyes are too generic, I guess lasers from the navel could be something I would like to bet my money on. Yet, however strong his quirk be, Yuga’s quirk has a big ring of weirdness around it. 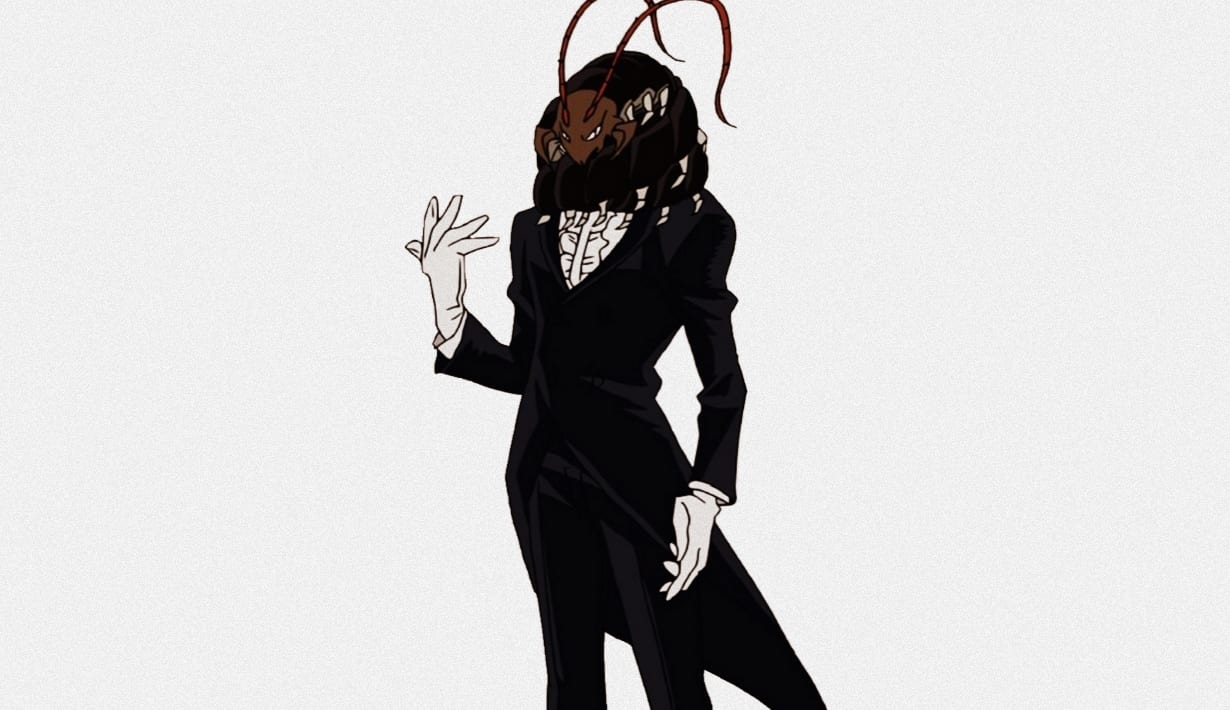 A centipede can scare a person or gross someone out. Whenever a hero is granted the powers of an insect, the results are always strong. But it is never a pretty sight to watch. Such is the case of Juzo Moashi. He was a former sidekick and has currently inherited a company. Juzo has the head and limbs of a centipede which makes it one of the weirdest quirks of My Hero Academia. But, Juzo Moashi does not qualify as disgusting for his gentleman-like personality. Guess appearances can be deceiving!

Nagamasa Mora was a student from Shiketsu High School. Now his quirk could disgust someone, but I find it more weird than disgusting. The weirdness starts from the character himself. First, no one knows what his face looks like. Everyone has only seen his eyes. Why? Because he is covered with hair. Not fur, but hair. If Kohei Horikoshi had not already established that we can fight with everything we have got, he establishes so using Nagamasa Mora. His quirk allows him to manipulate the hair on his body. He can increase or decrease its length as per his advantage.

It is useful, for sure, but it does not still erase the fact that his quirk is completely bizarre. 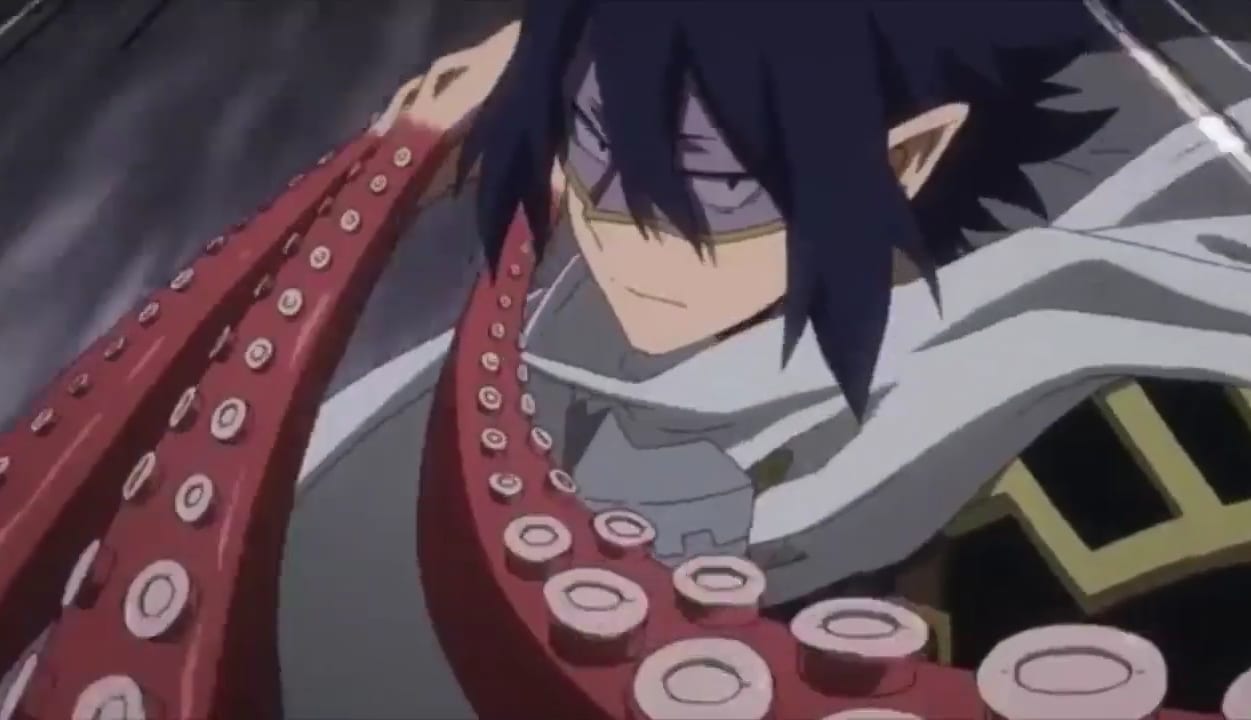 Another student from U.A High but this time from 3-A makes it to the list of the weirdest quirks in My Hero Academia. Tamaki Amajiki is loved by many fans. Yet, his quirk does not get any less weird. Sure, it is strong but it is not any generic superpower you would get to see. His quirk Manifest allows him to manifest a part of his body into the last food he ate. His quirk could rank from funny to dangerous depending on what he ate. He can only manifest the said trait until the food is still in his system and has not been digested.

The food products are stronger than they originally were when he manifests them. Although weird in its way, Manifest definitely piques a lot of interest in the fans. 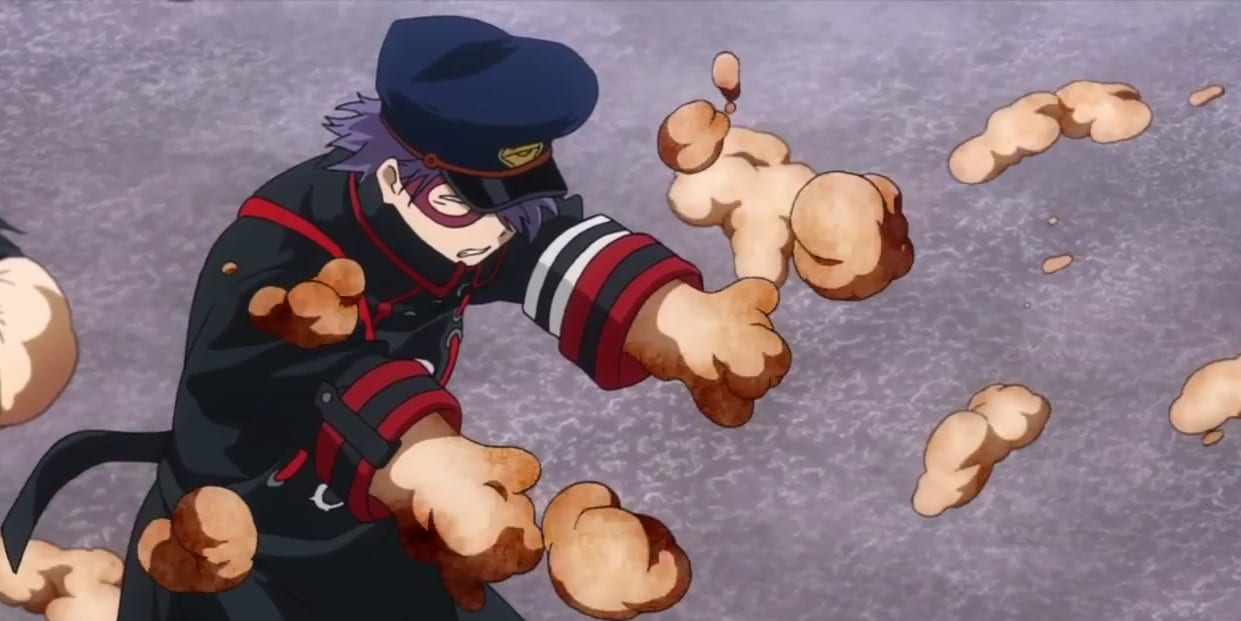 Seiji Shishikura could easily top all the other quirks on the list for his unique quirk Meatball. In case fans don’t remember, Seiji Shishikura is a second-year student from Shiketsu High School. His disturbing little quirk allows him to manipulate raw flesh. Is his ability strong? Yes, for sure. But is it weird? Definitely, and at the same time, it is absolutely disgusting. It puts me in awe how it was made to look even remotely cool, but the more you think about it, the weirder the quirk gets. He can make balls of flesh from the bodies of people, which he uses to attack or defend. Seiji also uses his flesh for this purpose, making it more disturbing than it already is.

It makes me think of a  snowball fight, played instead with human flesh.

This concludes the list of the weirdest quirks in My Hero Academia. You can read the manga and find more weird quirks that make the world so fascinating. Kohei Horikoshi’s brilliant manga will never fail to give fans an intriguing service, and this is the proof of it.

Also Read: 20 Facts About “My Hero Academia” You Should Know!