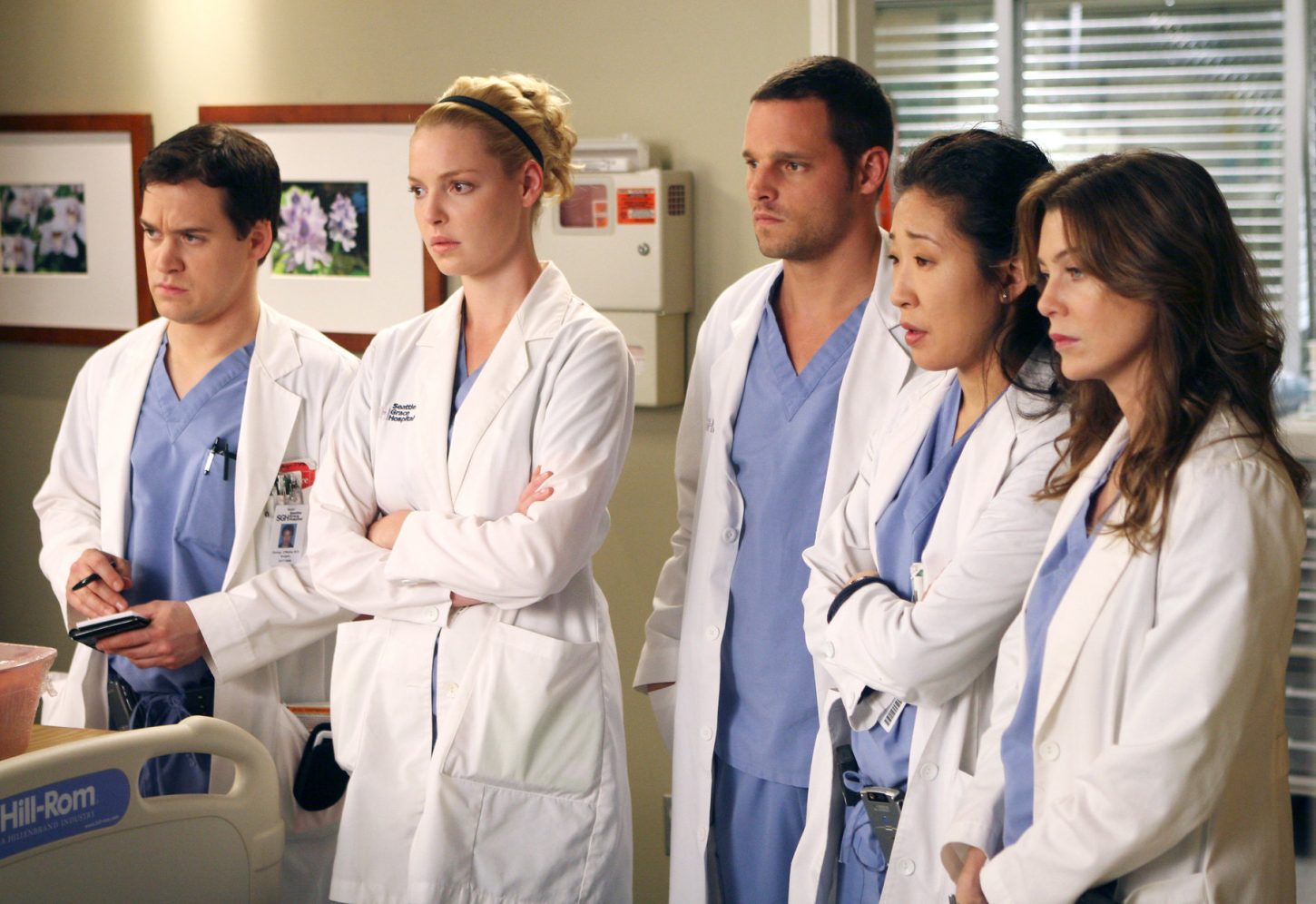 Grey’s Anatomy is an American Medical drama web series streaming on Hotstar. The series is related to the medical drama involving the lives of surgical interns, seasoned doctors and how they will manage their work-life personal relationships. The lead character of the series is taken by Meredith Grey, and she is the daughter of a famous general surgeon Ellis Grey. Meredith, along with her following physicians Cristina Yang, Izzie Stevens, Alex Karev, and George O’Malley, struggle with their lives and hectic schedules, and also stressful requirements.

During their internship, they are supervised by Miranda, who is the senior resident and works with physicians. The series is all focused on Meredith’s life. Meredith falls in love with Physician Derek Shephard, who is the head of neurosurgery.  The crew deals with life or death consequences daily. Their professional life is interlinked to personal life. The series is about how they find their comfort zone, friendship, and love. In the end, they define neither medicine nor relationship. Nothing can be in black, and white everything is Grey. 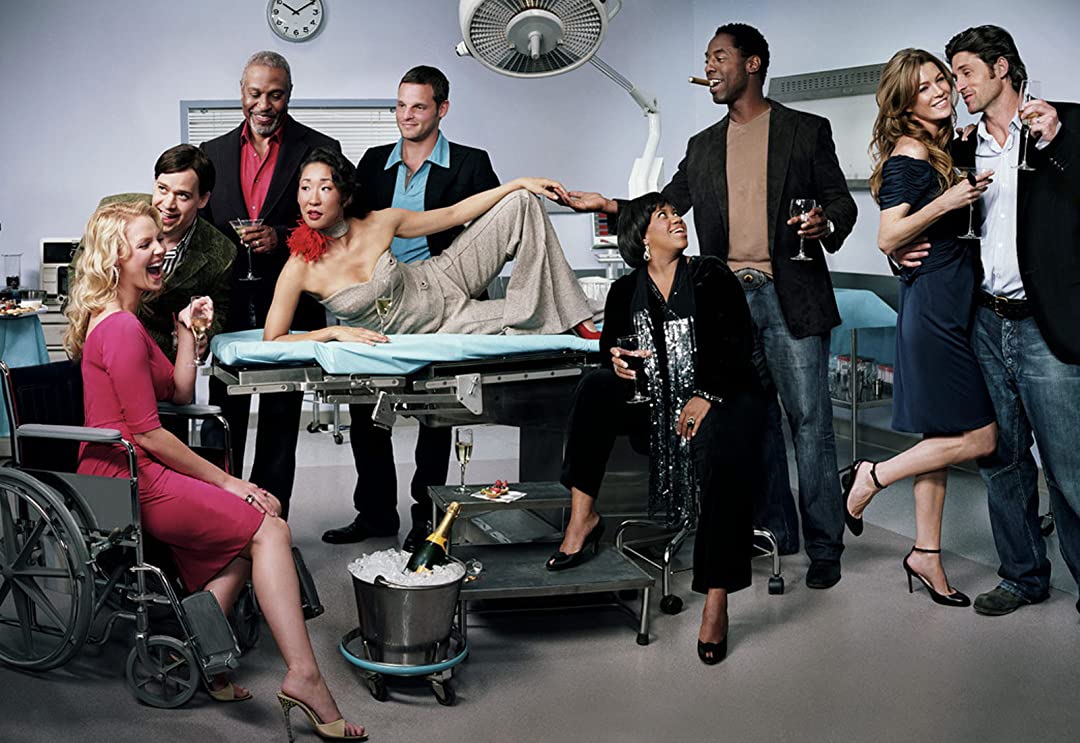 Here are 10 shows if you liked Greys Anatomy:

New Amsterdam is an American medical drama web series streaming on Amazon Prime Video. The series is taken on the basis of the book Twelve Patients: Life and Death at Bellevue hospital, scripted by Eric Manheimer. The series is created by David Schulner. A new medical director enters the world to break all the rules and make the respective corrections at America’s oldest public hospital. Dr. Max Godwin is brilliant and charming. He sets new rules tearing down the bureaucracy to provide exceptional care. The doctors were not sure because such promises were never delivered before. Max Godwin proves he is not going to stop anything for new beginnings. In that hospital, Ebola patients, Prisoners from Ireland, and all the United States are treated under one roof. 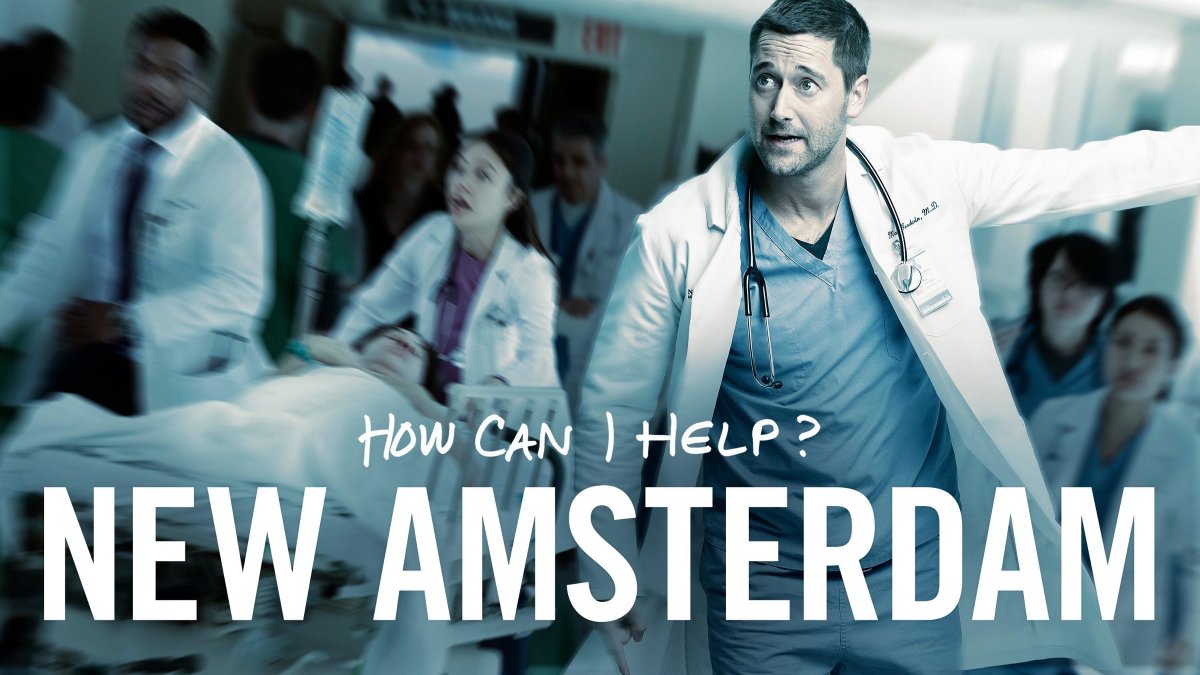 The Night Shift is an American medical drama web series on Netflix. The series is created by Gabe Sachs and Jeff Judah. The series involves four seasons and 45 episodes. Few doctors and nurses work in the night shift at San Antonio Memorial’s emergency room. The risks they take to save the lives are impulsive and also worth it. Four seasons define the crew navigating the consequences of their decisions. They have to deal with different cases, and they do find day-to-day scenarios, but they are never bored of their Professional lives. They have always tried to maintain a good relationship between professional life and personal life. 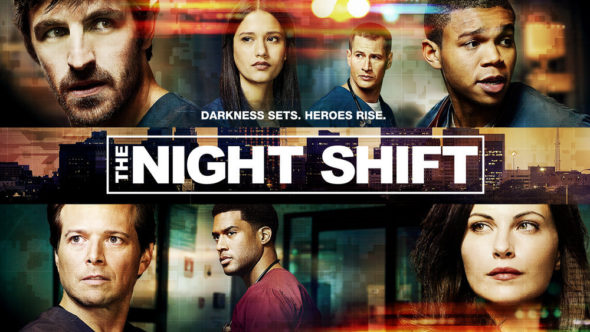 The Good Doctor is an American television Web series streaming on Hulu Tv. The series is based on a South Korean series with the same name. It has won many awards and was retaken in 2015. The series is produced by Sony Pictures Television and ABC Studios. The series received a mixed review. The story is all about a young surgeon named Shaun Murphy. He is autistic and savant syndrome. He relocates his place of work from a country that is very quiet to a prestigious hospital surgical unit. He becomes alone in the world, he couldn’t get connected to anyone in his new life. He couldn’t talk properly even with his surrounded people. Shaun uses his extraordinary medicines to save the lives of the patients and challenge the skepticism of his colleagues.

The resident is an American medical television drama web series. The show is streaming on Fox. The series is created by Amy Holden Jones, Hayley Schore, and Roshan Sethi. The series is based on the book Unaccountable scripted by Marty Makary. The plot is about a young doctor who begins his first day at Chastain Memorial Hospital. He is under the supervision of a tough, brilliant senior resident. He feels lives may be short or long, but expectations are always high on doctors, and sometimes those expectations will be shattered. 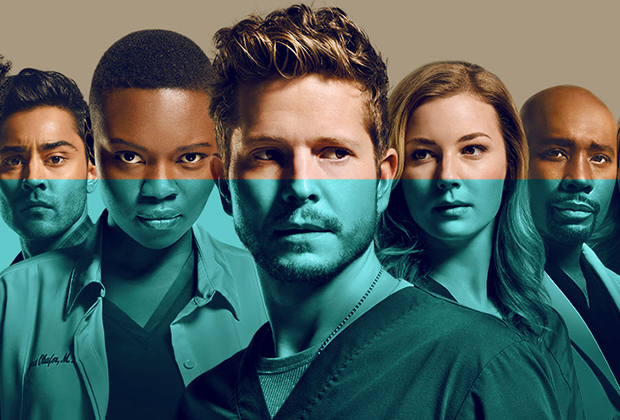 Code Black is an American television web series streaming on Fox television. The series is based on a documentary with the same name scripted by Rayn McGarry. The story revolves around a busiest, understaffed, and overcrowded LA County hospital. The staff is extremely busy looking into patients who are in the emergency room as they manage to treat each patient in a well-mannered way. This often results in outweighs the hospital’s resources, resulting in a code black. 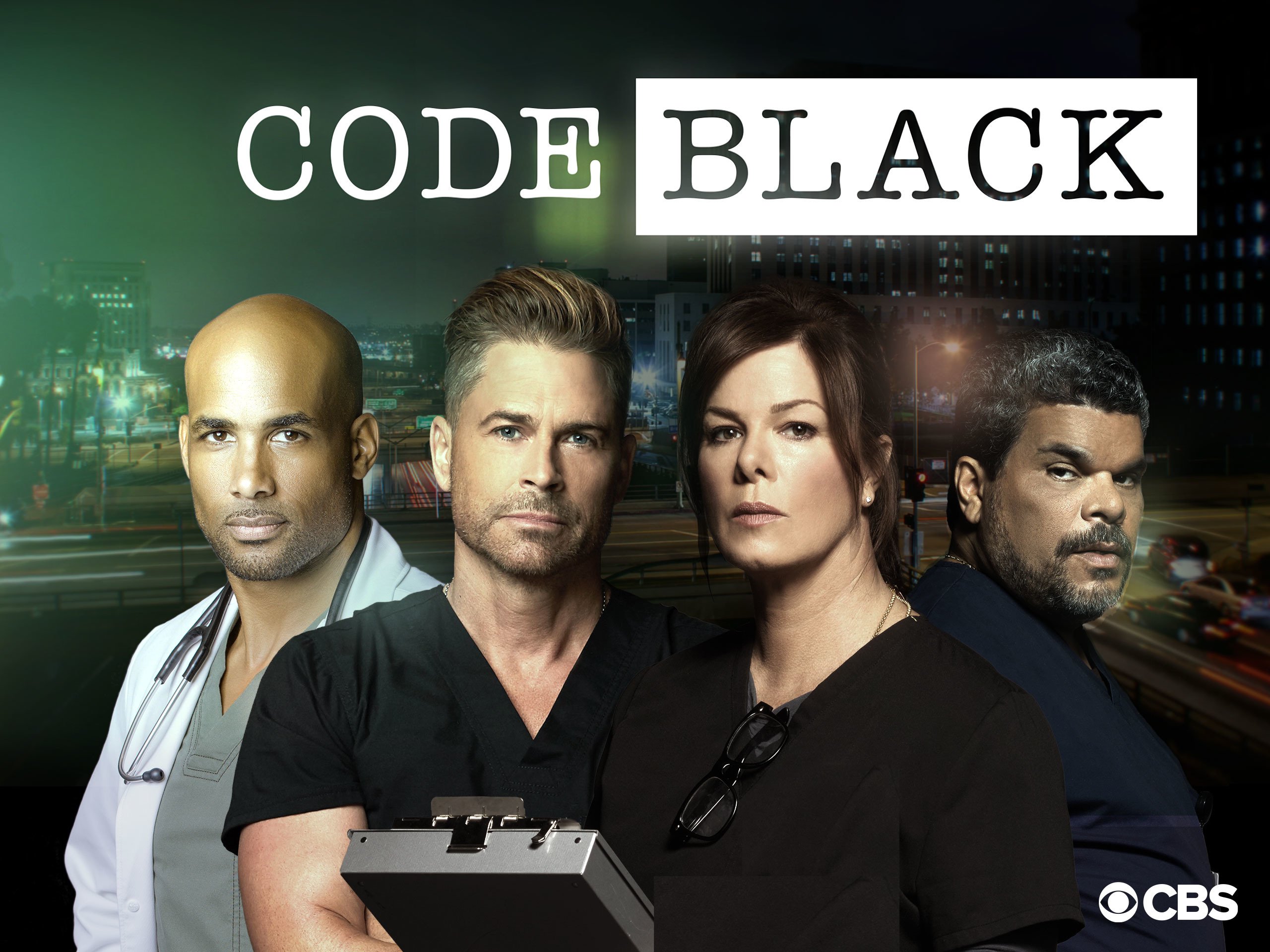 The Saving Hope is a Canadian supernatural medical web series. Dr. Alex Reid, who is a doctor, and her fiance Dr. Charles Harris are in a comma, While on the way to their wedding, he was injured in a car accident and leads to the comma stage. The series shows up how the life of charlie is in a comma, and Alex manages her life with patients around. The series evolves his recovery, and Alex taking care of him and also able to see the spirits of comatose and dead patients.

Read: Married To Medicine Season 8: What We Know So Far

The General Hospital focuses on  Kelly’s Diner, Michael “Sonny” Corinthos’, penthouse, the Quartermaine house, and sometimes the hospital. The series is based around the hospital and the employees, now centered on the mob. Maurice Bernard shows some of the residents of the fictitious town of Port Charles, New York. The series focus on Sonny and how his life has affected the people around him, mainly his wife Carl and his best friend, Jason Morgan. The Other plot covers up the upper-crust Quartermaines, led by Skye Quartermaine, her brother A.J. 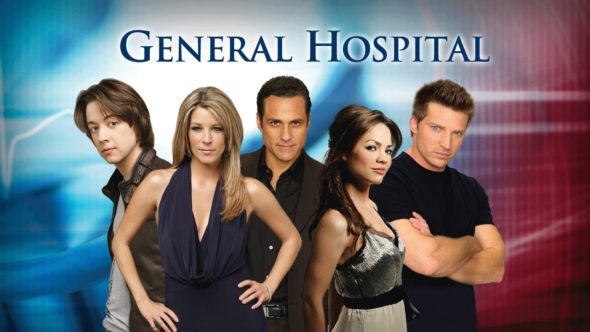 House is an American medical drama web series streaming on Amazon Prime Video. Dr. Gregory House, who acts as a lead character, is clever, antisocial, and incredibly intelligent. He has a crippled in his right leg though he had a painkiller addiction. The series focuses on him and the doctors along with him. They were specialized in diagnostic medicine, which means they solve bizarre and almost impossible cases. The series also shows the bonding between Dr. House and his colleagues Dr. James Wilson who is a goody-two-shoes and sincere oncologist and also works under House. The series shows the pain of Doctor House in his leg, paired with his drug addiction and also his lonely love life. His determination to solve every puzzle he came across and included some comedy as he interacted with arrogant patients and other people throughout his day. 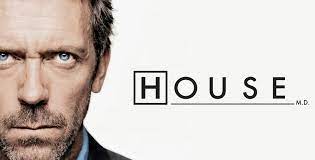 Royal Pains is an American medical drama web series that is based on the way patients are treated and some Mystery. The story is all about Hank Lawson, who is a doctor and has a specialized feature where he sees a patient and diagnoses them and treats them with whatever s available around. One day due to an important patient’s death, Hank was blamed badly for it and was fired and blackballed. Hank didn’t come out of his house for ages, several months, he was suffering from pain. Hank had a brother named Evan, who is not so serious about life and responsible about things. He takes Hank to Hamptons for a much-needed break. Over there, Hank prevents their local doctor from making a mistake during a medical emergency. Wealthy resident Boris asks Hank to be the General Pysichican of the Town. Within no time, Hank gains trust in the town, and he was appreciated by everyone for his treatment. He approaches a woman named Divya, who wants to be his physician’s assistant, but Jill Casey, the administrator of the local hospital, will decide whether Hank should stay back in the city or not. 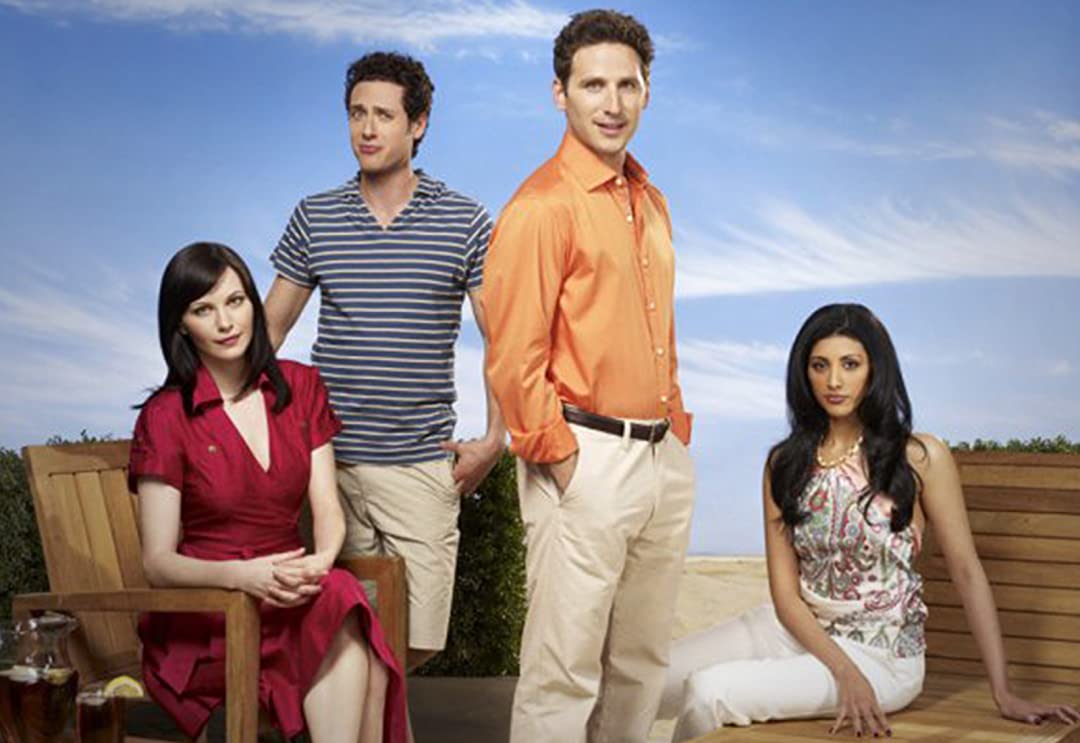 Nurse Jackie is an American medical drama web series. The series received good feedback and critics, and also winning five Primetime Emmy Awards were resembles a good sign. The show revolves around the story of Nurse Jackie, wherein she struggles for her job being a medical professional and also making rapid changes in her personal life. That includes extramarital affairs and some problematic relationships with her family, like her daughter. She has a long-standing drug addiction. The show reveals how she manages with all these. The special feature of the Nurse Jackie show is she is addicted to drugs where no medical professional will generally be addicted to it. The addiction to drugs sometimes brings her peace and also lets her into problems. The story was pictured in seven seasons. 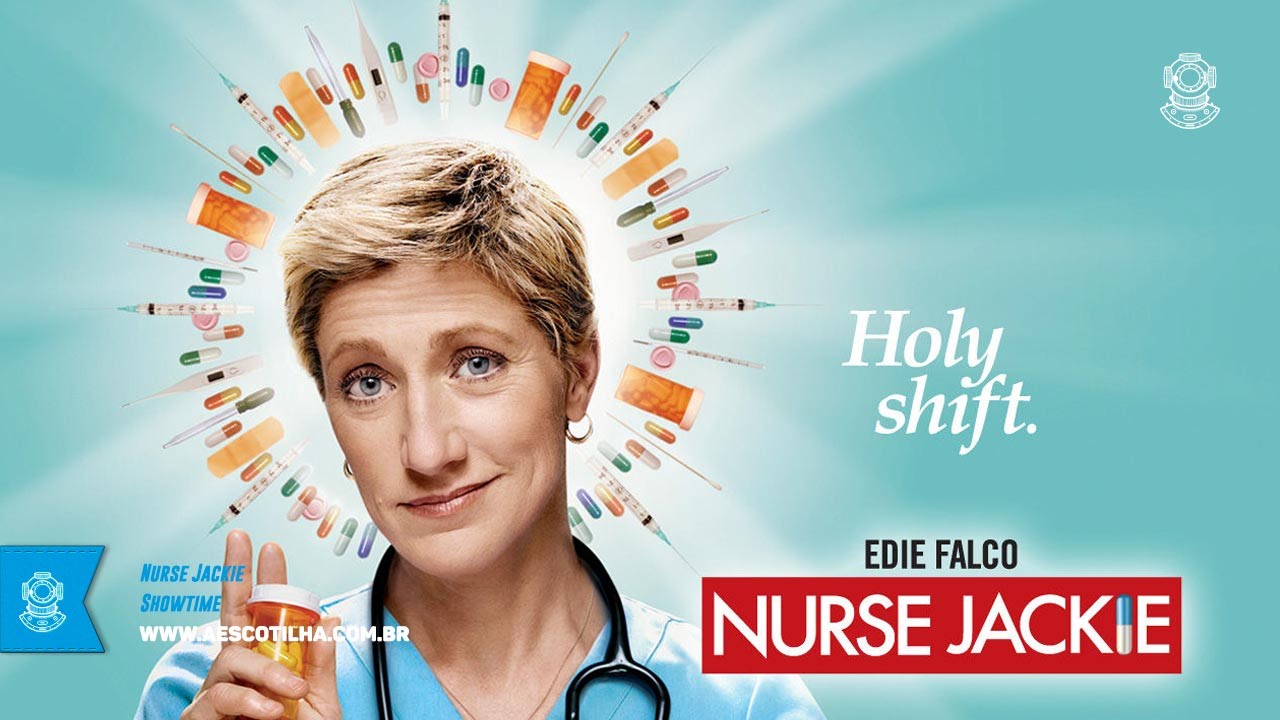