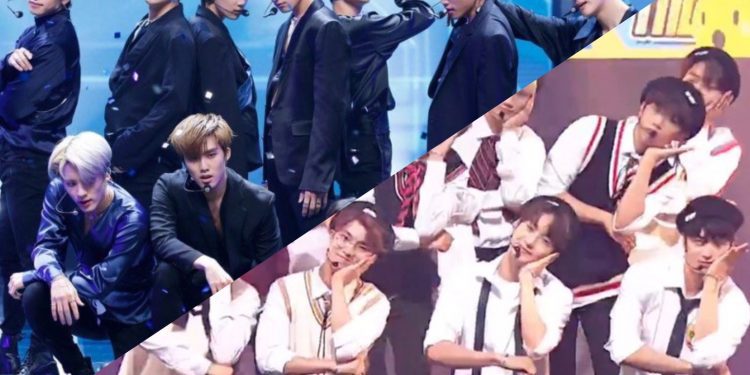 Amongst the variety of things The Boyz are highly reputed for, the covers they do secure a very high spot. Covering other artists is a common thing most Kpop idols do. It provides them with a chance to show off their versatility in concepts and dance styles. The Boyz have gained a reputation over the years for being a group that excels at covering songs. They do an astonishingly great job at highlighting the important characteristics of the track they choose, and despite adding their own flair to it, do not take away from the original artist’s essence.

The Boyz are an eleven membered group that debuted on December 12, 2017. Originally a group consisting of twelve, member Hwall departed in 2019 due to health issues. The boy group currently consists of Sangyeon, Jacob, Younghoon, Hyunjae, Juyeon, Kevin, New, Q, Ju Haknyeon, Sunwoo, and Eric. The Boyz have been praised since the start of their career for having great teamwork and stage presence. However, it was after their appearance on Road to Kingdom that they truly got the appreciation deserved for these skills. Let’s take a look at the top ten covers they did that got them the most praise and recognition from fans and non-fans alike!

Though it was short, it was surely an impactful cover. Performed at KCON 2018, this cover of GOT7’s song allowed them to exhibit their synchronization and energy as a team. It gave them full room to show their skilled, powerful, and sharp moves. This performance was paired with their cover of ‘The Boys,’ and to see them switch it up so quickly and excel at both the concepts was quite entertaining.

A year after their ‘Hard Carry’ and ‘The Boys’ covers, the group treated their fans to a cover performance of BTS’s ‘Fire’ at KCON 2019. Fire is a charismatic song with powerful rap verses and vigorous choreography. BTS songs are not the easiest to cover, but The Boyz did a fantastic job of going over all the important points in the dance and making it an enjoyable performance to watch. When it comes to KCON, the audience is absolutely huge. The boy group did a commendable job of maintaining their energy and keeping the crowd engaged in creating a memorable experience.

When The Boyz cover a group, one can tell that they have certainly not skipped out on any of the homework. They take note of each point in the performance that makes it what it is and incorporates them in their work as well. Successfully doing that yet again, The Boyz’s cover of Exo’s ‘Call Me Baby’ is simply delightful. They manage to emulate the energy Exo’s performances are known for and execute the whole thing on stage perfectly. They received praise from Exo’s fanclub, Exo-l’s, for their covers of the group. Many fans often compare New of The Boyz to Exo’s Baekhyun when it comes to vocals. Both groups have a similar liveliness to their performances, which makes it fun to see the covers The Boyz do.

At the 2021 MBC Music Festival, a few members covered Blackpink’s ‘Kill This Love’. This unit consisted of Sunwoo, New, Eric, Jacob, Kevin, and Younghoon. Kill This Love is characterized by strong choreography and rap. The Boyz carried out the performance well and received a lot of praise for it. Chanhee, the main vocalist of the group, received much recognition for executing the pre-chorus high notes clearly and powerfully. It’s always tricky covering other groups and getting more compliments than criticism on the job you do, but it seems like The Boyz always manage to pull off this complex task without much difficulty.

While covering ‘The Boys’ by SNSD, the group was able to successfully imitate Girls’ Generation’s clean choreography but make it their own at the same time. They managed to honor the powerful presence and sharp moves SNSD is known for. In addition, members New and Ju Haknyeon of the group are Sone’s (fanclub name for Girls’ Generation). They also look up to them as seniors and thus ensured that not a single detail was out of place. This is definitely one of The Boyz’s most well-liked covers amongst the fandom, and you can tell why when you take a look at it.

Also Read: All the Dispatch Couples Revealed on Every New Year’s Day!

The Boyz are not known for their girl-group group covers without reason. Their cover of Twice’s ‘Cheer Up’ at one of their concerts in 2019 tells us exactly why their covers are so well-loved. One of the strongest points that elevate the level of performance when it comes to The Boyz is simply their expressions and stage presence. They are versatile when it comes to concepts and have dabbled in cute as well as strong ones over the course of their career. Their cover of Cheer Up displays their cute and fresh side superbly. With an energetic and cheerful mood, the group exhibited a performance that was an unforgettable treat for the fans.

The Boyz’s cover of Love Me Right is as enthralling as it gets. They did a stunning job of executing the high notes in the song whilst keeping the dance refreshing and fun. The atmosphere the group created while on stage is absolutely buzzing with energy, and you can tell just how much fun they are having as they perform. Each member is so dazzling as they take the stage that you simply can’t watch this video only once. An artist’s countenance can either make or break the aura required to make the show perfect, and The Boyz never fails to deliver in that aspect.

Even if you know little to nothing of The Boyz, you still know their cover of Twice’s ‘What is Love?’. Unless you live under a rock in the K-pop world. When it comes to covering girl groups, this group is undoubtedly the first to come to mind. A lot of girl group fans have complaints that when boy groups cover girls, they almost always masculinize the choreography to the point that it’s hard to watch. However, The Boyz leave no room for such disappointments. Their cover of ‘What is Love?’ is as bright and lovely as the song is and highlights their ability to do proper justice to girl group dances. Their energy on stage does not fail to put a smile on your face and has you going back to look at it again and again.

Also Read: Here Are The K-pop Debuts And Comebacks Of January 2022

Undoubtedly one of their best covers The Boyz managed to rope a lot of fans in with this one is Mirotic. Mirotic is a sensual song with highly captivating choreography. They did a fabulous job of expressing the classy and seductive vibe of the song with their polished moves and killer expressions. The groups’ Main dancer, Juyeon’s fancam garnered millions of views as everyone couldn’t get enough of his stunning performance and visuals. It played quite a role in making non-fans curious about the group and their other performances. A collaborative stage that featured a member each from multiple groups, which included Juyeon, took place at SBS’s Gayo Daejeon recently. They covered Mirotic, and Juyeon yet again became a trending topic in Korea.

The Boyz’s cover of Taemin’s ‘Danger’ marked the start of their journey on ‘Road to Kingdom’. As long as first impressions go, the group made sure to leave everyone with an unforgettable one. The viewers were left spellbound after watching the mesmerizing choreography, smooth teamwork, and tricky dance moves. This dance performance gained the group a large number of fans, especially on an international level.

Most were entirely amazed by the difficult dance move performed by Sunwoo at the start of the performance. He was a hot topic on social media for his feats for quite a while. What makes this cover performance stand out is the seamless flow in its progression. The story they built the performance on was compelling and did a wonderful job at keeping one enticed from start to finish. To put it simply, you absolutely cannot hunger for more of them after giving this one a watch.