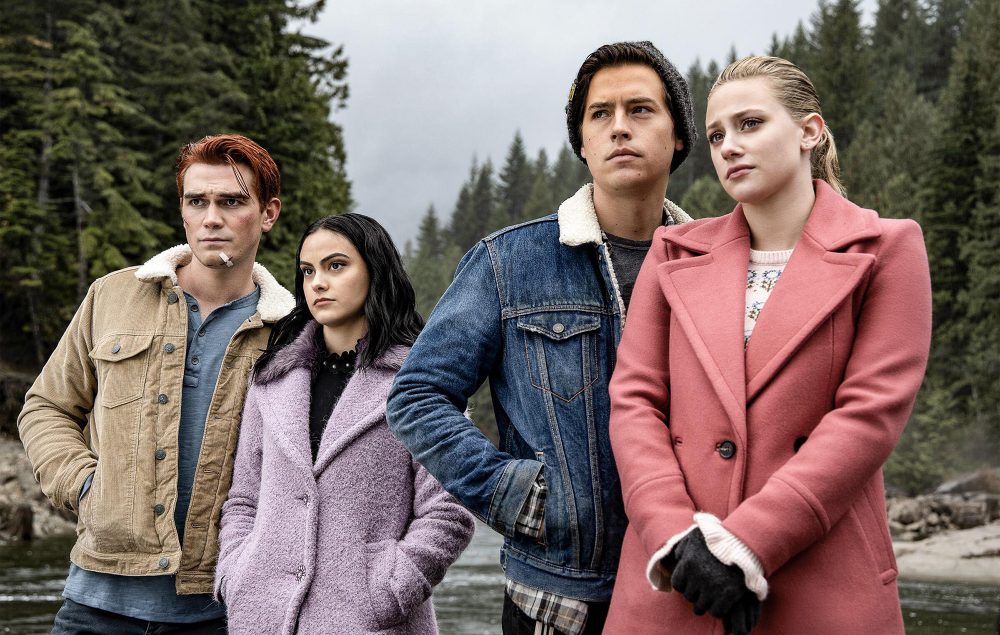 Riverdale is based on and inspired by Archie Comics. However, it shows the characters with a twist. Many murders also take place, and fans are hooked just to find out who the “Black Hood” murderer really is. There are characters like Archie, Betty, Veronica, Cheryl, and Jughead with a twist. It is set in a dark universe with numerous twists, turns, and mysteries. The series is extremely dramatic and fascinating.

The show aired on 26th January 2017. It has 5 seasons which have 81 episodes in total. The series has been produced by Warner Bros. and CBS Studios. It has been renewed on 3rd February 2021 for the sixth season. It has been shot in the United States and is a Mystery Teen Drama. In the show, Archie is a character living in Riverdale who is trying his best to find the answers to all the secrets of a town which seems perfect and normal. It has a running time of 42-46 minutes. The 5th season was premiered on January 20th, 2021. The series never fails to astonish its fans with its mysterious storyline and has an amazing cast. The show has an amazing fan base and is followed by many people, especially teenagers. It has received many positive reviews.

Do you love Riverdale? Here are ten facts about the series that you may not know: 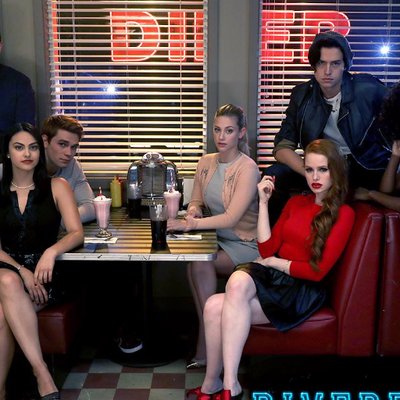 1. Riverdale was originally pitched as a time-traveling movie.

Before Riverdale was made into what it is now, it was pitched as a movie where Archie was a time traveler where the character would be played by Louis CK. This pitch was from someone at Warner Bros. In 2017, it was decided to make it a TV show and not include any time travel.

2. Jughead only has one beanie.

Jughead’s beanie is an extremely important piece of the character’s costumes, just like the crown in the comics. Cole Sprouse, however, has just one beanie. He wears the same beanie every day while shooting for the show. He revealed that they bought another one of them; however, it got stolen while filming a scene where Jughead gets slapped by Cheryl.

3. KJ Apa broke his hand while filming for the season one finale.

The season finale of Riverdale season one shows Archie saving Cheryl from drowning in a frozen lake. Here Archie uses his bare hands to smash the ice. Even though KJ Apa didn’t actually punch real ice, he still did some damage. He punched a foam mat that was on the ice. He didn’t realize he broke his hand because it was cold. It took him twenty minutes to realize he broke his hand.

Also Read: TV shows similar to Riverdale that you can stream online.

4. Cole Sprouse and Camila Mendes went to the same college together.

Cole Sprouse and Camila Mendes went to New York University at the same time. Even though Jughead and veronica are close, Cole and Camila weren’t. Cole doesn’t remember seeing her, but Camila says that he was a familiar face on the campus. 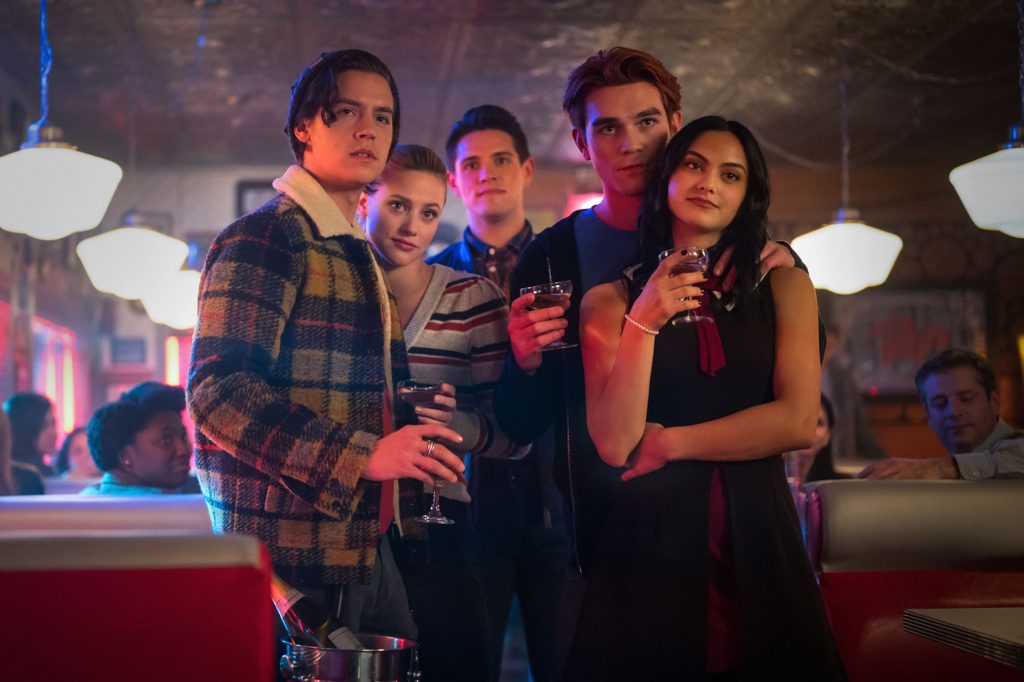 5 Riverdale episodes are based on movies.

Cole Sprouse initially rejected the show. When he agreed to audition, he was told to audition for Archie. He, however, got interested and fell in love with Jughead’s character. He then knew that he should be a part of the show as Jughead.

Read: What To Expect From Riverdale Season 5 Episode 8?

7. Madeline Petsch has a fear of water which made filming difficult.

Cheryl had many scenes near large water bodies in season one. Madelaine had a hard time filming these scenes. She is afraid of open water bodies since the time her glass-bottomed boat broke. She wanted a stunt double for these scenes but had to do them herself. She had a panic attack before filming but was fine once the filming began.

8.  Katherine Langford, the star who plays Hannah Baker in 13 Reasons Why auditioned for Betty Cooper.

Katherine Langford auditioned for the role of betty before she was cast in Thirteen Reasons Why. Camila remembers going to get falafel with her and someone who auditioned for Archie. The role is now played by Ltthwili Reinhart, and who could’ve done it better? 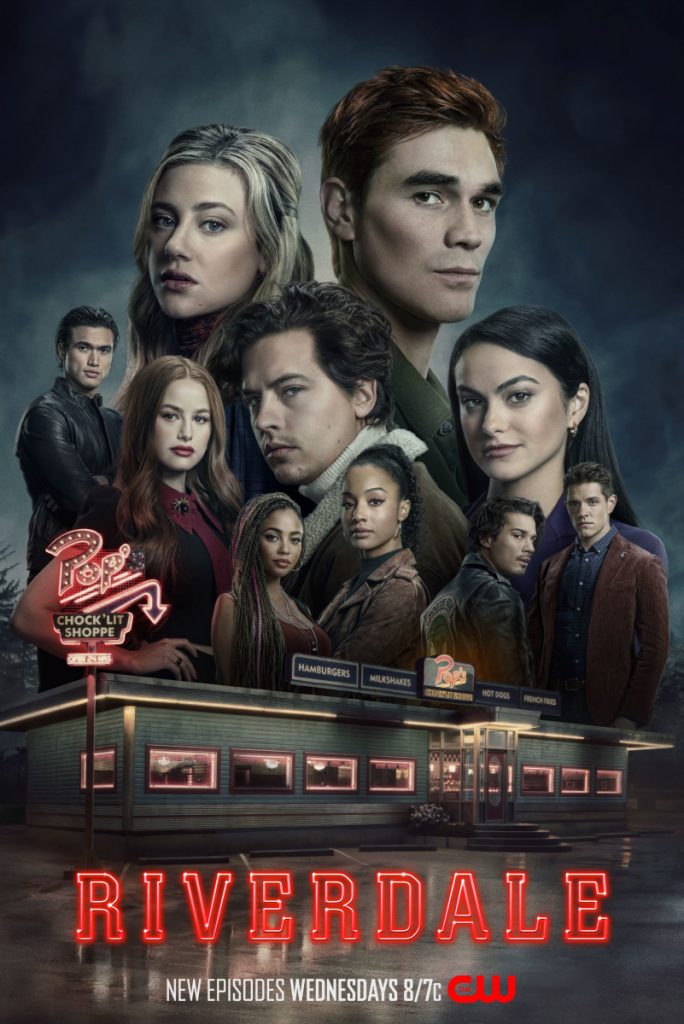 The costumes on Riverdale have a meaning attached to them. Factory workers in the 20th century trimmed the brim off their hats when they wanted to keep the brims out of their eyes. They flipped them inside out. These hats were passed on by them to their children. The cap is supposed to be a symbol of the working class.

10. Riverdale is not set in any particular time period.

Riverdale is not set in any timeline, and this is evident because of the old cars and styling, but the technology is new and modern. Cole Sprouse also confirmed that there is no formal time period for the show. The setting is supposed to feel dream-like.