Can we really measure something subjective like beauty and name someone visual hole of that kpop group? No, we can't. Because those are the unique stunners, setting the beauty standards too high with their breath-taking visuals! 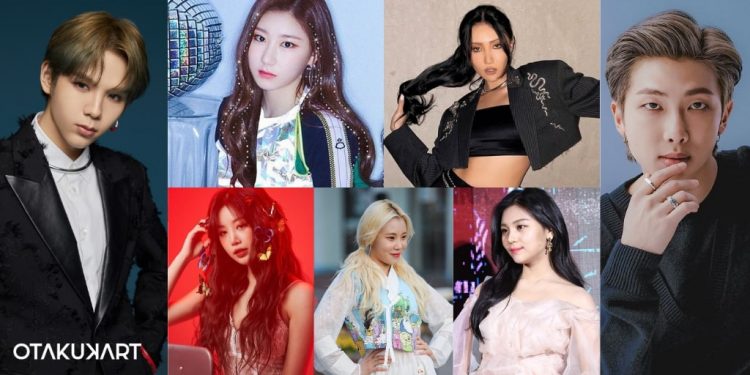 Here we have prepared a list of kpop idols considered visual holes but, in reality, are the epitome of unique beauty that can turn you into their fan! From the beginning, two concepts have been followed- visual of the group and visual hole of the group! We all know the visual of kpop group is the most handsome or beautiful member of that particular kpop group. Meanwhile, the visual hole is the unattractive member, not fitting the Korean standard of beauty and thus ruining the perfect line of visuals. It is one of the absurd concepts one has come up with because there is nothing like the visual hole of kpop!

Beauty is subjective, and we can’t measure it in terms of numbers or any other standard. After all, beauty is in the eyes of the beholder. Regardless, many kpop idols have been the victims of this absurdity called the visual hole of the group for many years. Indeed it is spiteful and awful to be judged just because of not being able to fit in the so-called beauty standards. Despite this negativity, many idols have set the bar too high with their confidence and the stunning, classy beauty, such as MAMAMOO’s Hwasa, BTS’s RM, iKON’s Bobby, Girls’ Generation’s Hyoyeon, and many more!

There have been many incidents that demoralized kpop idols, and being called ‘a visual hole’ is one of them! Even with the countless negative, spiteful, awful comments, many idols have created their own path towards a brighter future. Although it is difficult to judge someone by their look, we have created a list of the kpop idols who are considered visual holes of the group, but in fact, they are the embodiment of unique beauty that will charm anyone!

The following list is prepared not only to appreciate their beauties but also to understand their struggles and acknowledge their hard work, dedication, and confidence for being able to embrace their beauties, which are too high to meet any beauty standards!

MAMAMOO’s Hwasa used to be considered the visual hole of the kpop group due to her slightly different figure and non-kpop girl group features. Although Hwasa does not have doe-like eyes, ridged nose, or a slim figure, she has conquered those negative comments with her confident look, outstanding vocal, and excellent rapping. Not to forget her perfect S-line hourglass figure and the charisma that demand your attention as soon as she gets on the stage. Another charm that made her on this visual hole but unique beauty list is her beautiful tan skin that appears more captivating under the spotlight. No matter what others say, MAMAMOO’s Hwasa is the goddess of beauty!

BTS‘s leader Kim Nam Joon known by his stage name RM was once considered the visual hole due to the non-fitting beauty standard of kpop idols. Some even criticized his leadership. But, with each passing day, he has proven that he is the true king of beauty! Before BTS became world-famous, RM used to be the center for receiving negative comments due to his visuals.

However, can we really call him a visual hole with such sweet dimple that would make anyone swoon over him? Indeed we can’t! His smile and those dragon-like sharp eyes, captive fans in the cage of Nam Joon’s beauty. His majestic aura and belief in your own flaws make his true leader who we can’t help but heed! Therefore, with his enchanting dimple smile and strong persona, RM has made it on the list.

TWICE‘s leader Park Ji Hyo became the victim of the visual hole during the kpop group’s initial days. Due to her appearance, Jihyo used to get countless hostile criticism to the point many wanted her to leave the group. Instead of falling into pitless despair, Jihyo used that energy in losing weight and you can already see the outcomes of it. With believing in herself, she has overcome one of the toughest challenges of her life and become the diva who can make anyone fascinate with her magnificence. Jihyo is not slim. However, with her healthy body figure, she has stopped making up for those negative remarks and has embraced herself just as she is for. It makes her a more attractive and glowing idol than any other member!

Before joining Momoland, JooE had received tons of positive comments on her look. However, soon after fans saw her in real life, many netizens called her out for the differences in her appearance and her photo look. However, it seems fans are failed to capture her beauty here!

With her titled small eyes, cute, plumpy nose, JooE appears more stunning than Disney’s Mulan! Her charm doesn’t end here. Rather than blaming herself, JooE chose to focus on the inner value. She has embraced herself and her graceful appearance, which helps her glow more than anyone on the stage.

Stray Kids’ Changbin also could not leave this deep hollow of being the visual hole of kpop group. Despite his brilliant talent in singing, Changbin was rebuked for having weird facial proportions which didn’t match Korean beauty standards. However, he didn’t let that negative and mean attitude of netizens drag him down but stood stronger and dedicated himself to producing brilliant music. He even hit the gym to maintain his amazing body. Changbin, with his adorable small eyes and tiny lips, falls under the cute category. However, his powerful performance with a charismatic look gives off the bad boy crush vibe, which we all swoon over.

Instead of her appearance, the unstable weight made Wendy the visual hole of the Red Velvet kpop group. Unlike the other members, Wendy’s unstable weight made her the target of netizens’ negative remarks. Initially, she used to be very stressed out about it. However, now she has fixed on a healthy diet to main her weight and slim figure. All of the efforts Wendy put into this transformation have been paid off as she has climbed to the beauty line of Korea. Her slender figure with stunning pale standout has captured countless fans’ hearts. Red Velvet’s Wendy has set the perfect example of hard work paid off!

(G)I-DLE’s Soojin’s story is slightly different. After her charismatic performance on the stage, fans were captivated by her stunning beauty and even had called her the next Hyuna. However, one incident changed her life. After her unedited photo with minimal makeup was published, netizens expressed their extreme dissatisfaction with spiteful comments. And thus, turning Soojin into the visual hole of the (G)I-DLE kpop group.

However, regardless of what others say, her beauty is indeed undeniable. Just because of some dark circles, fluffy eyes, her natural beauty doesn’t hide. With her doe-like eyes and a mole under her left eye, plump lips, and adorable feature, she grabs attention while showing off her alluring look under the spotlight!

In 2020, NCT welcomed two new members, Sungchan and Shotaro. However, after his debut, Shotaro became the target of the public and fans’ negative criticism due to his appearance, becoming a visual hole of the kpop group. Netizens’ commented that Shotaro looks out of place among the other prince charming of NCT. Instead of dwelling on the negativity, Shotaro invested his time and energy in his dream, dancing. Soon after, his efforts were recognized with his stunning visuals as well. How can one even think of this adorable mochi as a visual hole? With his incredible dancing skill and captivating feature, Shotaro sets the stage on fire!

Although GFRIEND has already disbanded, the former member, Kim Ye Won, aka Umji, received one of the worst reactions from netizens. Numerous times she was tagged as the visual hole of the kpop group. But, with newfound self-confidence and transformation, Umji has shut off all downbeat voices. If the ‘Past Umiji’ used to be adorable with her chubby cheeks, the ‘New Umji’ is killing fans with her exquisite beauty! Not only her beauty but also the confidence and dedication she put into losing weight has made her a true diva who has broken the silly tag of the visual hole of kpop! Her hard work to be where she is right radiant her true beauty, and thus Umji has made it on the list!

After members were introduced, Chaeryoung had quickly received terrible remarks for her look making her visual hole of ITZY. It’s heartbreaking to witness her breaking down due to netizens’ harsh comments yet, she is not falling down. Although some people failed to see, Chaeryeong possesses one of those unique graces that can captive you with her one look.

Her soft feature, doe-like eyes, plumpy nose, and thin lips give off a mature elegant lady vibe that can allure anyone in her beauty. Despite receiving so many awful comments, ITZY’s Chaeryeong standing above all! Also, not losing her confidence makes her more gorgeous than any makeup kit could do!