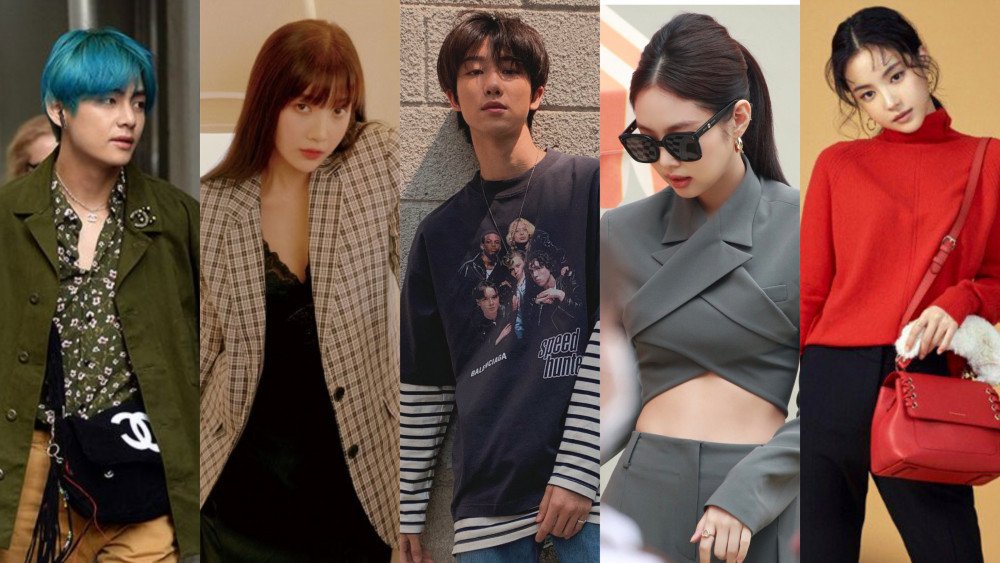 In the last few years, one platform that has played a significant role in the rise of K-Pop music across the globe is their optimal harnessing of the various social media platforms available to showcase the new talent in the industry. Instagram and YouTube are leading this pack of platforms that give the stars the much-needed exposure they seek. While most music videos of the artists are uploaded to the official channels of their respective agencies, there are several artists who have their individual channels to connect with their fans better and show other solo content.

In our article today, we have focussed on 10 individual artists who have their own YouTube channels and post solo content. Sometimes this also gives us a glimpse into their personal lives far away from the constant glamour of the industry. The channels named below are in no particular order. Read on to find out more!

BLACKPINK is one of the biggest K-Pop girl groups in history, not just in South Korea but in the entire world. With a massive fan following across the world, Lisa is the group’s youngest member. Lisa joined YouTube on the 25th of October in 2018. Her channel, called Lilifilm Official, is a verified YouTube channel with over 6.8 million followers at the time of writing. Her total view count is more than halfway through 200 million. Lisa’s channel mainly features videos of her solo projects that she lovingly calls Lili’s Film. Lisa, or Lalisa Manoban, is BLACKPINK’S only member who is not native Korean. Some of Lisa’s most viewed videos on her channel are those of her dance performances. Check out the most viewed video of her channel here – Lili’s Film #3.

Lee Ji-Eun, or IU, as she is professionally known, is one of South Korea’s biggest solo artist. She has been active since 2008. Just after training for 10 months, IU came out with her debut single – Lost Child. She has been unstoppable since with worldwide popularity. IU is not just a singer but also a brilliant actor. She played the lead role in Hotel de Luna – one of South Korea’s biggest dramas. IU’s YouTube channel is called IU Official and has close to 6 million subscribers at the time of writing this article. Her YouTube channel is brimming with videos that give us an insight into her life behind the big screens in concerts and television variety shows. She calls most of her behind-the-scenes videos IU TV. Check out IU practise her routine for LILAC below.

Another member of BLACKPINK with a very high subscriber count on her channel is Jennie. Kim Jennie debuted with YG Entertainment’s BLACKPINK in 2016. She had been a trainee for six weeks prior to that. Jennie was the first member of the group to be revealed to the audience. Her channel on Youtube is called Jennierubyjane Official. It is a verified YouTube channel with about 6.17 million subscribers at the time of writing. Jennie’s YouTube only has 3 videos so far. Two of them are vlogs, while one is a video of her introducing herself. Kim Jennie’s channel is one of the youngest channels on our list, with the highest growth spurt. Jennie joined YouTube in early 2021 and has already garnered over 48 million total views. Check out her vlog during a Vogue Photoshoot below.

Taeyeon, or Kim Tae-Yeon, is a member of SM Entertainment’s Girls’ Generation. She started her YouTube Channel in early 2014. At the time of writing this article, Taeyeon has around 1.28 million subscribers on YouTube, with a view count of over 44 million. Her YouTube channel, with all its 27 videos, is actually quite interesting because you can get a glimpse of the idol’s normal life here. Taeyeon can be seen goofing around and playing video games in these videos. She lovingly refers to herself as Taengoo in her YouTube. One of her most viewed videos is a vlog in Thailand. Check it out below.

Rosé or Roseanne Park is another BLACKPINK member. Though she was born in New Zealand, she is originally South Korean. Rosé made her debut as a solo artist in March 2021 and broke several records as her album R topped several important charts worldwide. Rosé’s YouTube channel is called ROSÉ Official and has only 2 videos so far. Another young channel with a massive growth rate, Rosé joined YouTube in December 2019. However, both videos that she has posted are from 2021. Her first video with over 5 million views is an interview that came out around the same time she dropped her album. You can check it out below.

Solar, or Kim Yong-Sun, is the leader of the critically acclaimed four-member girl group MAMAMOO. The group is managed by RBW. Solar debuted as a solo artist in the month of April last year with Spit It Out. Her YouTube channel, a verified forum, is called solarsido and has over 3 million subscribers at the time of writing this article. Solar’s YouTube channel is also quite an interesting place with vlogs, workout videos, food videos, and other random information that she loves putting out. Solar is very dedicated to the growth of her channel and updates regularly. She also goes live from channel often to connect better with her fans. You can check out one of her recent workout videos below.

HyunA or Kim Hyun-Ah is a 28-year-old K-Pop artist who debuted with JYP Entertainment as a part of the popular girl group – Wonder Girls in 2006. Kim Hyun-Ah left Wonder Girls in mid-2017 over health concerns. Later she joined Cube Entertainment and debuted again, this time as a member of 4Minute. After receiving positive reviews for their music, the group finally decided to disband in 2016. This was when HyunA decided to start her solo career. Currently, she is signed with Psy’s P Nation. HyunA’s YouTube channel has over 70 videos with around 2.44 million subscribers at the time of writing. Her YouTube channel is a powerhouse of videos from different genres. She uploads her official music videos, vlogs, dance practises, and all behind-the-scenes clips here. Watch her I’m Not Cool dance practise video below.

Baekhyun or Byun Baek-Hyun is a member of one the biggest idol boy groups to have ever come out of South Korea – EXO. The group debuted in 2012 under SM Entertainment. Even as several of the initial members left the group and a number of them started their mandatory military services, EXO continued to be one the biggest bands in the country. It has been a long time since the group came out with any new music. however, the members have continued their solo projects that have earned them several accolades. Baekhyun is one of them. He is often referred to as the ‘Genius Idol’ for his very successful solo career and gifted talents as a lyricist and producer. His YouTube channel, named after himself, has around 3.41 million subscribers at the time of writing. There are around 16 videos in the channel, most of the are vlogs that give us an insight into the idol’s daily life. Baekhyun has a collective view count of over 43 million on his channel. Check out his latest video below.

EXO’s Park Chan-Yeol, or simply Chanyeol, has not one but two YouTube channels where he mostly goofs around. At present, Chanyeol is on a hiatus from both channels as he is completing his mandatory military service. Chanyeol is one of EXO’s rapper, and his latest release is titled ‘Tomorrow.’ His channels on YouTube are called NNG and CY Park. The latter has only one video because the endearing idol confessed to having forgotten the password of his first channel. The former is where Chanyeol goofs around and posts videos of his solo work that he creates outside of his contract with SM Entertainment. CY Park has around 576,000 followers, while NNG has 1.47 million subscribers at the time of writing. You can check out the latest NNG video below.

Kim Jong-Dae or Chen is another member of EXO who is currently completing his mandatory military service. His YouTube channel, simply called Chen, features 10 videos in total. All these videos are basically small clips of Chen recording songs. He has a total of 1.87 million subscribers at the time of writing this article and a view count of over 28 million. Chen joined YouTube in early 2019. We can expect more videos from him once he returns to his career soon – speculatively, later this year. Watch the last video he uploaded below.