Lady Dimitrescu is undoubtedly has become the most famous character from the Resident Evil series. So let's find out some interesting facts about her. 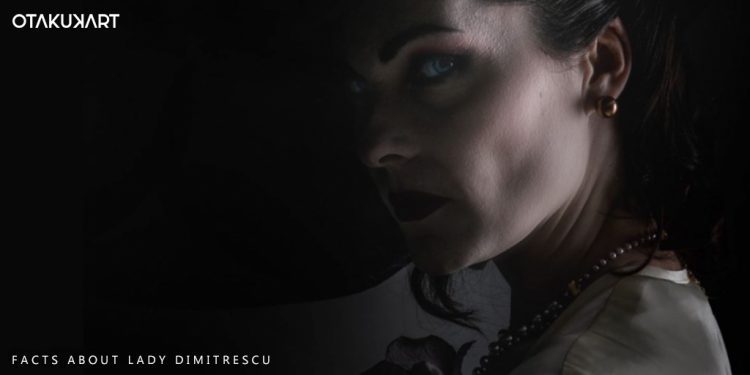 The Resident Evil series by Capcom is undoubtedly one of the most popular horror game series among gamers. The eighth installment to the series, also known as Resident Evil Village, has been an enormous hit like the past installments. It is the direct sequel to the Resident Evil 7 or RE Biohazard. The game has already had a massive fanbase since the release of the game’s teaser. The Japanese video game developer, Capcom developed this game and released it on May 1, 2021, for multiple platforms.

We all remember Mia Winters from Resident Evil 7, also known as Resident Evil Biohazard. She is the wife of Ethan Winters, the protagonist of both the Resident Evil titles. She scared many RE gamers within Biohazard with her infected form, where she even chops off Ethan’s hand. But many might not know that Mia was supposed to be Lady Dimitrescu in RE8. Tomonori Takano, the developer of the RE games, revealed that they initially used Mia’s model to create “Lady D.” They tried to dress up Mia in Lady D’s dress and a hat. But she was not intimidating enough. So the developers tried enlarging her character model, which opened the doors for the creation of Lady Dimitrescu.

Everyone knows that Lady Dimitrescu is one of the four lords in the village, and she has a successful wine business. But one of the interesting facts about Lady Dimitrescu that Many might not know is that she was a Jazz singer once. She performed under the stage name of ‘Miss D,’ and she was also part of a band called “The Pallboys.” However, this career was part of Lady Dimitrescu’s life when she was young and not a gigantic vampire lady. Lady D quit her musical job and returned to her family castle after demolishing nobility in the Second World War.

7. She Is The Tallest

Resident Evil has introduced many tall characters in past installments, like Mr. X in Resident Evil 2, who was 6 inches 11 inches, and Nemesis in Resident Evil 3 was 8 feet 7 inches. However, the latest Resident Evil Village introduced a character who topped all these characters with her mountainous height, 9 feet 6 inches. She wasn’t always this tall, but after joining Mother Miranda’s cult, she experimented with the Chadou parasite, which gave her the gigantic height.

The Giant vampire lady of Resident Evil 8 is also famous for appearances besides her height. However, Lady Dimitrescu has been around for over a century as she was born on February 9, 2021. However, she is alive and doesn’t look like an older woman. Mother Miranda implanted the Chadou parasite, which gave her monstrous powers, mountainous height, and regenerative abilities. Her regenerative properties also prevent her from aging. Thus, she will be a 44-year-old beauty for eternity.

5. Her Daughters Are An Experiment

In Resident Evil Village, we see three women accompanying Lady Dimitrescu in her castle. Those women are none other than Lady Dimitrescu’s daughters: Cassandra, Bela, and Daniela. However, they are not real daughters. Once Lady Dimitrescu and Mother Miranda implanted Chadou into the dead bodies of three women. The Chadou evolved into a fly-like organism that fed on the three girls and later took on those forms. Further, lady Dimitrescu formed a bond with them and adopted them and thus, becoming their mother.

In Resident Evil business, we know that Lady Dimitrescu is quite wealthy. A lot of her fortune comes from her family’s traditional wine business. We even saw that she had a wine yard near her castle in the game. Lady D even has a unique wine recipe. After becoming a mutant, Dimitrescu turned towards a vampiric diet. Therefore, she also came up with a special wine called Sanguis Virginis. This wine is made by mixing grapes with the blood extracted from the maids working in Dimitrescu castle.

3. The Aftermath For Dimitrescu’s Victims

The mountainous lady and her daughters follow a vampiric diet. Thus, they hunt humans and extract their blood. But after removing the blood, Dimitrescu infects the female victims with Mold and turns them into monstrosities called Moroaica and Samca. Meanwhile, after extracting the blood from male victims, Alcina and her daughter hollowed them up and put them like a scarecrow in her vineyard.

Alcina Dimitrescu is one of the four leaders of The Village, and thus, she has equal respect as the other three leaders. However, Dimitrescu believes she’s above the other leader, especially Heisenburg. Further, she is a great leader, capable of standing in front of others, but she only bows down to is Mother Miranda. She even accompanied Mirana on her many experiments. Thus, Dimitrescu believes that Mother’s favorite thrives always to be that.

1. She Is Not Always Beautiful

The giant vampiric woman from Resident Evil Village got so much attention because of her appearance. However, Dimitrescu isn’t always beautiful as she transforms into a giant and ugly dragon-looking creature. Even the Resident Evil Village’s protagonist, Ethan Winters, is shocked to see the beautiful giantess change into hideous. He even makes fun of the transformation before his boss fight against Lady Dimitrescu.

Tags: Everything to know about Lady Dimitrescu.
ShareTweetShareSharePinSend
Previous Post

How Many Chapters Does Naruto Manga Have?