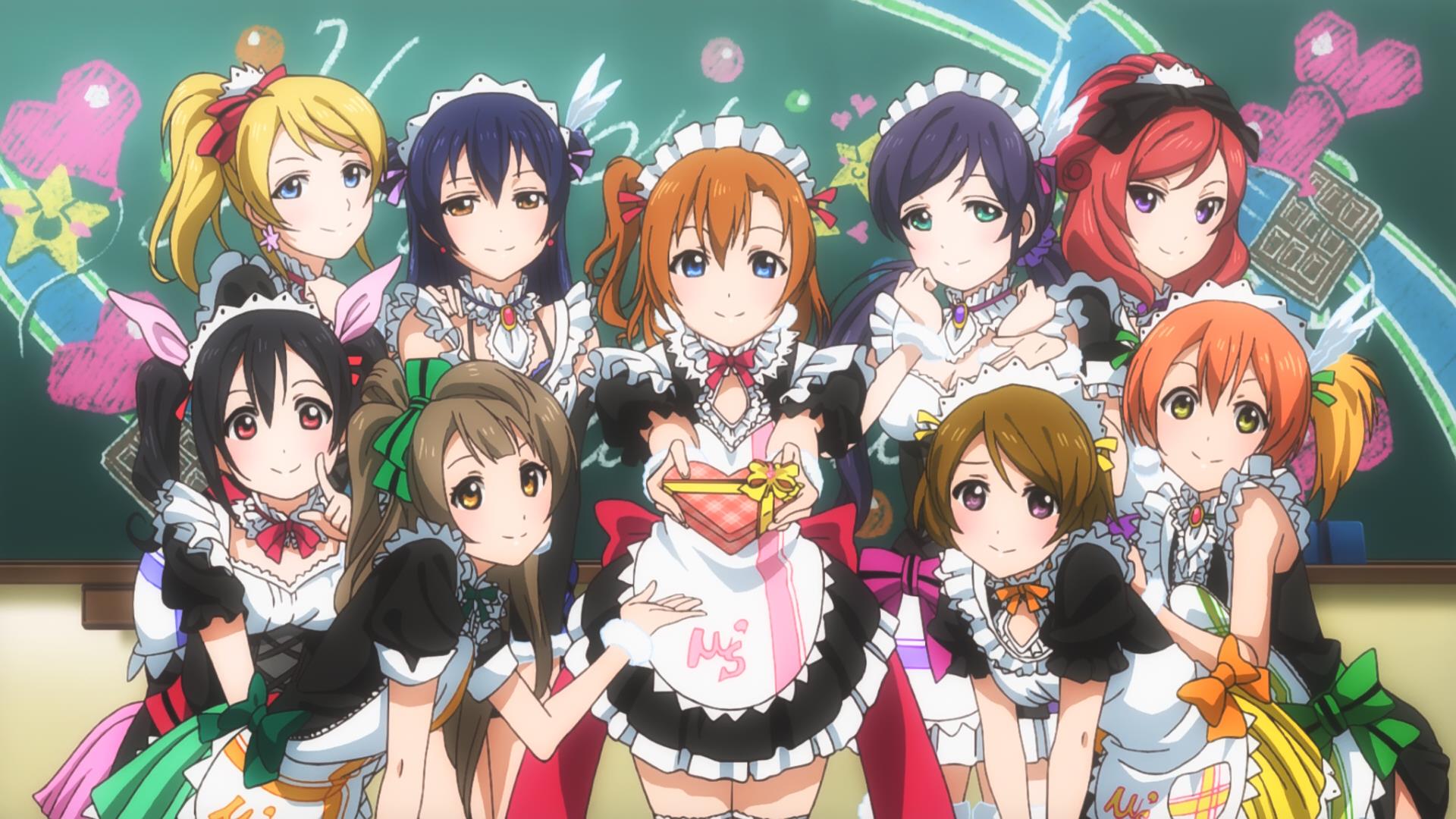 The amount of genres offered by manga and anime is vast. Genres like shonen, shojo, seinen, or isekai usually stand out, but there are some that are slowly gaining momentum. One such anime genre is idol. Most of the anime fans who enjoy the regular action or romance-oriented shows are well-acquainted with the idol genre. However, it is included in most popular shows as a mini-arc. Some examples include Gintama and Mairimashita! Iruma-kun, two anime that have subplots related to idol events. Popular shows like Jujutsu Kaisen have shown it in a humorous way as well.

The idol genre is now getting popular in the west. K-pop has taken the world by storm, especially after 2020. Watching shows that focus on songs and dances as much as the story is very appealing. Besides, the animation is done well, and the songs and dances are quite catchy. But that’s not all. Idol anime also show how the characters overcome struggles or how friendships and relationships are formed or dissolved. And sometimes, it shows how dark and scary the idol industry can become. Let’s take a look at some of the shows worth looking into.

Kirarin Revolution is an idol manga series by An Nakahara. It ran from March 2004 to June 2009 and consists of 14 volumes. The anime adaptation came out in 2006 and ran till 2009. It was immensely popular at the time and still has a loyal fan following.

The story follows 14-year-old Kirari Tsukishima, a beautiful girl with nothing but food in her mind. She never gave a thought about being an idol until she happened to save a turtle stranded in a tree. Kirari saves the turtle, and its owner Seiji, an idol, gives her a concert ticket to his show. It was love at first sight for Kirari, and she decides to get into the idol world for a chance to get close to Seiji. 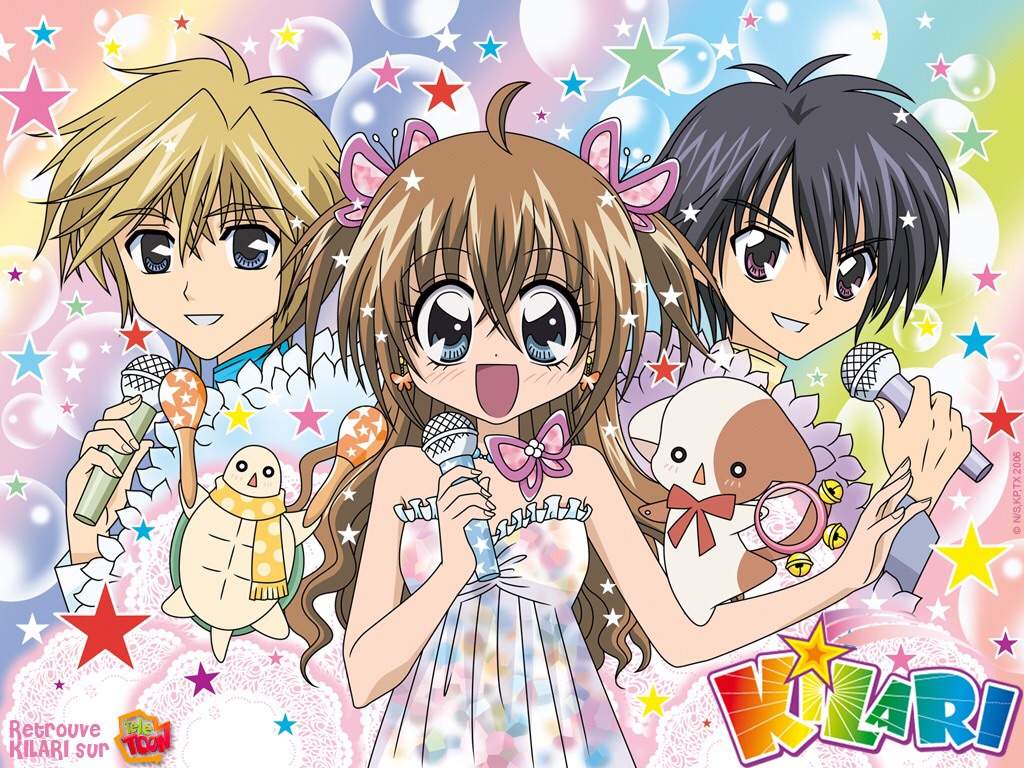 This show is quite a weird one. But that doesn’t mean you won’t enjoy it. In fact, Sekkou Boys is one of the funniest idol anime to exist.

Miki Ishimoto is excited to begin her job at Holbein Entertainment Co., as a manager of an idol group. Having spent her study years at art schools designing and drawing sculptures, Miki harbors an intense hatred towards them. But horror of horrors, the idol group she is managing is made entirely of Greco-Roman Sculptures. The members are Medici, Hermes, Mars, and St. George. After her shock, Miki decides to dedicate her life to manage these stone statues as best as she can. Sekkou Boys should definitely be checked out. 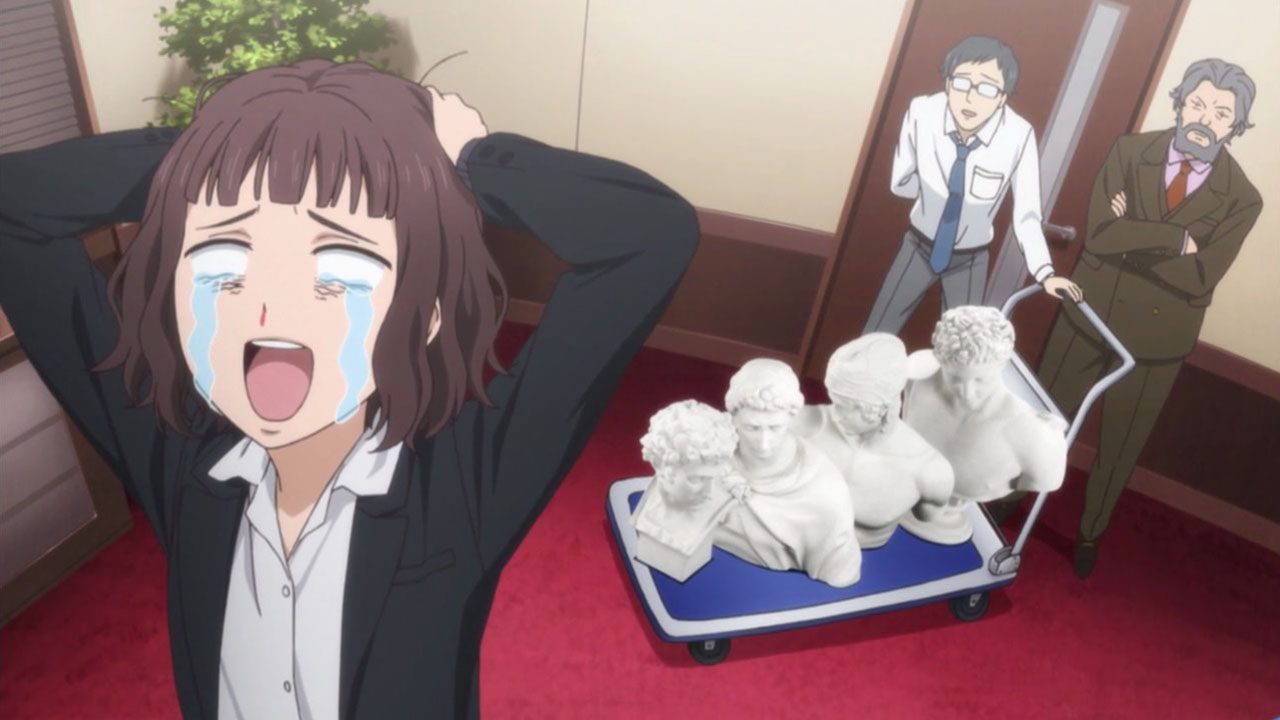 Most idols we know today first became local idols before venturing out into the world. In Locodol, lead star Nanako Usami is asked by her uncle to become a local idol. The idea intrigues her, and she forms a group with her senior Yukari Kohinata and other friends. Their group is named Nagarekawa Girls, and their goal is to start small in their town before going out to the world.

The story and setting are very local, and it’s refreshing. We see an underdog group facing minor hiccups that come with being idols and their slow journey to success. 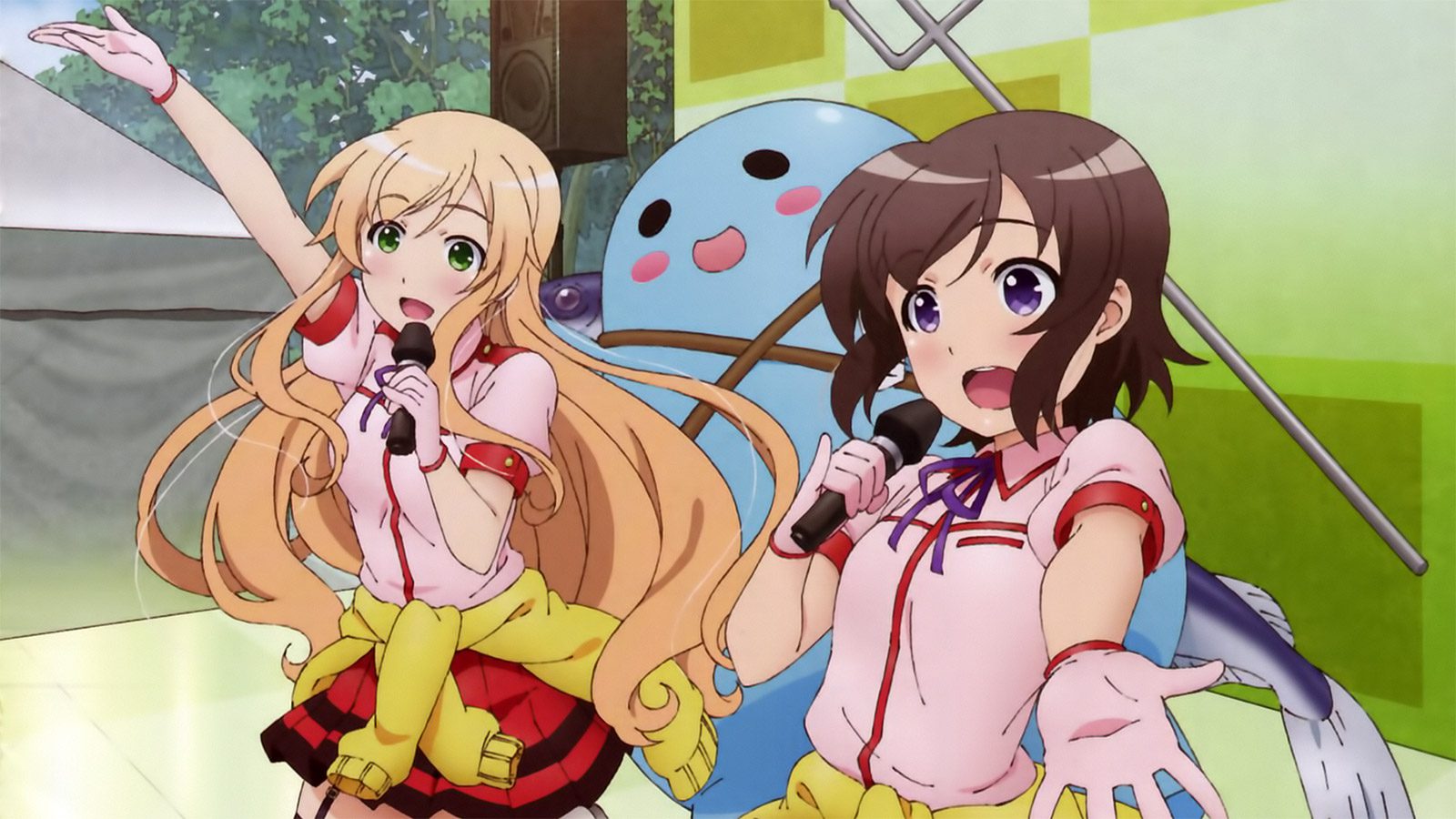 Wake Up, Girls! is an anime series by Ordet and Tatsunoko Production. The story starts with a company named Green Leaves Entertainment that is on the verge of collapse. They once managed magicians, fortune-tellers, photo idols, and similar entertainers. However, their last client quit, and now they have nothing. In a last-ditch effort, the company president suggests the formation of an idol group.

Wake Up, Girls! is the idol group that is formed from the suggestion. It consists of seven teenage girls. The story is more of a drama than a pure idol show, as we get to see the lives of each member. It explores the harsh reality faced by an idol team and the interpersonal conflicts that are bound to happen. The series has multiple shows and movies, all available to stream on Crunchyroll. 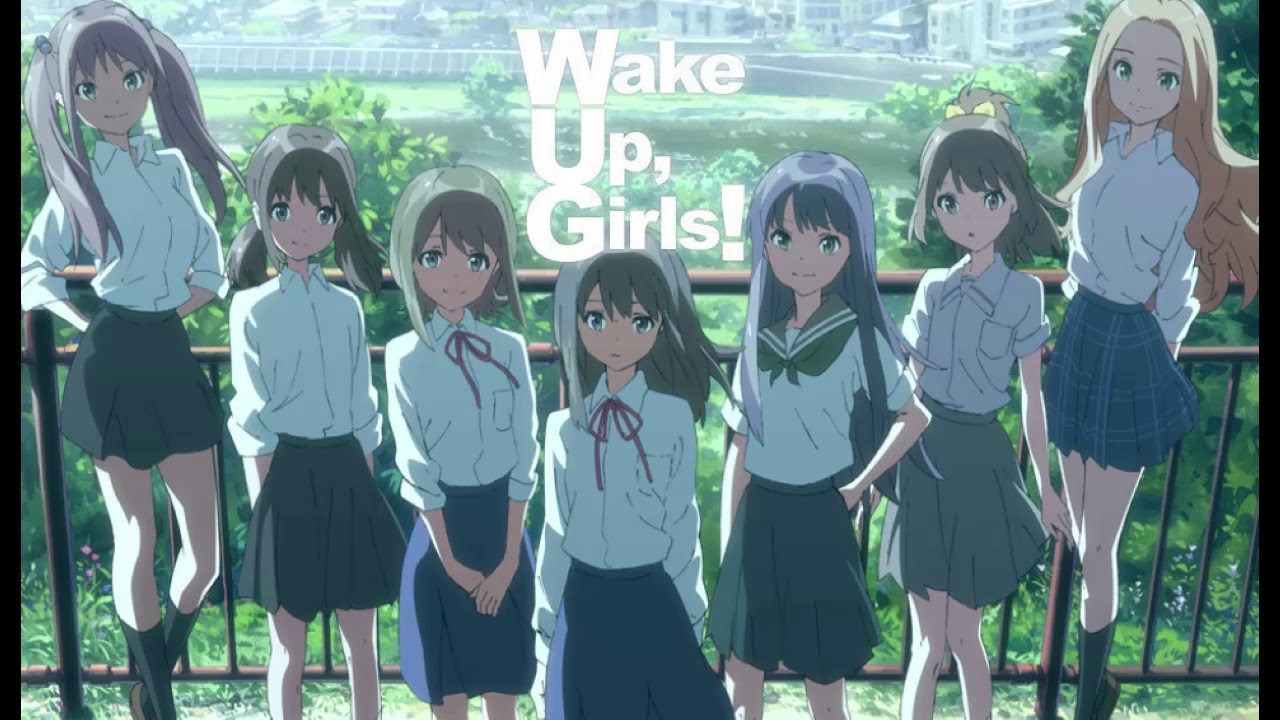 Idolish7 (stylized as IDOLiSH7) originally began as a rhythm game developed and published by Bandai Namco Online. Since then, it opened doors for various manga and anime adaptations. The first season of the anime aired in 2018, and seasons two and three aired in 2020 and 2021, respectively. Their original album Regality became the first male in-story album to top at the weekly Oricon Albums Chart.

The anime follows the newly-formed male group and how they managed to get into Japan’s intense idol industry. We also get to see why each member got into the business: some have tragic stories, while others follow their passions. While some situations can be seen as overly dramatic, this is an anime that will get you hooked. 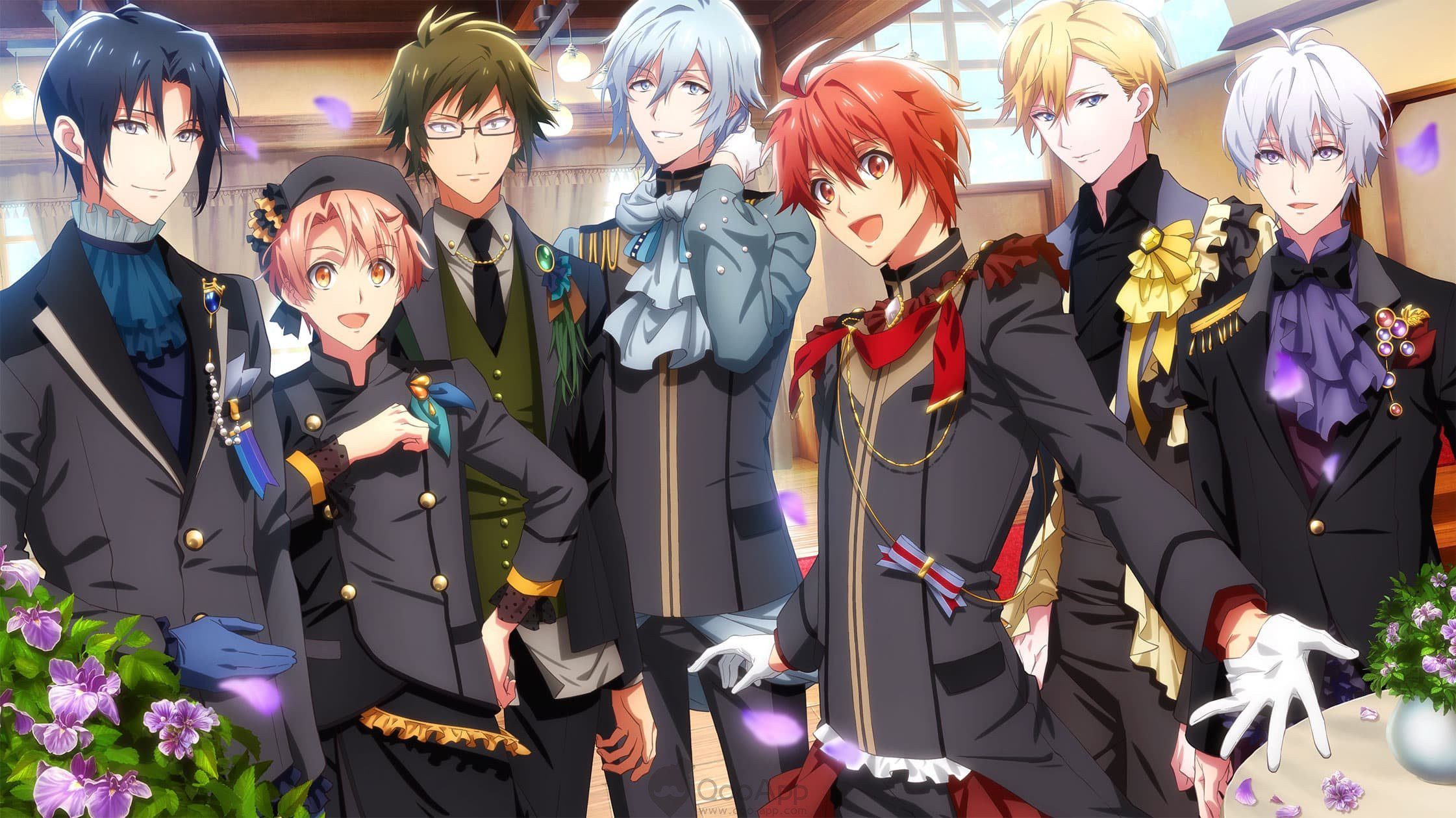 Also Read: 15 Quotes About Love In Anime That Will Get You Emotional

The Love Live franchise must be one of the first names that come to mind when we discuss idol anime. It was widely successful and went on to produce CDs, music videos, and video games. The best way to get into the series is through the 2013 anime adaptation, Love Live! School Idol Project.

It begins with Otonokizaka Academy at risk of closing down due to its lack of applicants. Honoka Kosaka, one of the students, wants to save it badly. Things start looking up when she learns about school idol groups. Honoka and her friends decide to make their own group called Myuzu (pronounced “muse”) and put Otonokizaka back on the map. 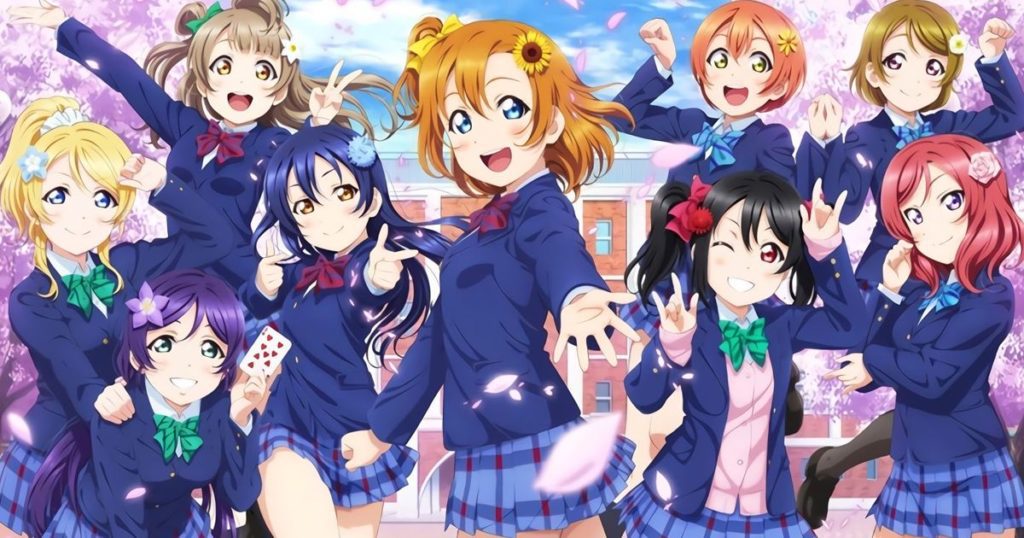 It would be criminal not to include Perfect Blue in the list. The movie is a true classic in the idol genre and shows the darkest possible things an idol can go through. Perfect Blue centers around an idol-turned-actress named Mima Kirigoe. But soon after she gets into acting, Mima starts getting stalked by a creepy-looking man named Me-Mania. We learn soon enough that the man is upset that Mima’s innocent image as an idol is getting tarnished, now that she does racy photoshoots and movie roles. Things go south when Mima accepts a larger role that involves her character getting raped.

Soon, members involved in the movie are brutally murdered, and Mima must get to the bottom of it. 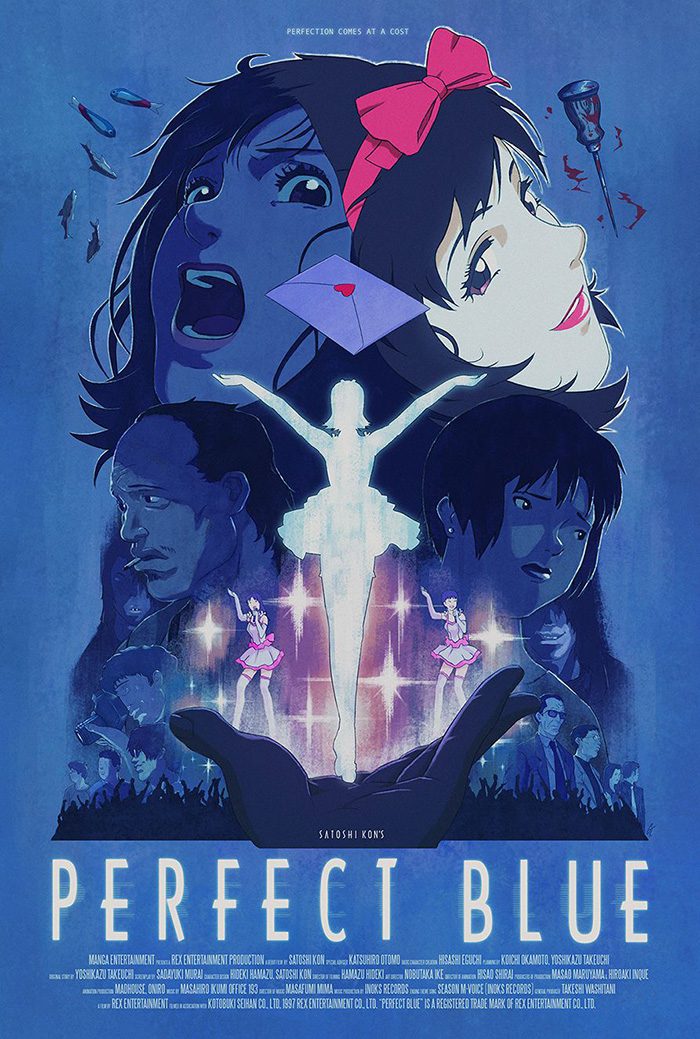 The Idolmaster is also an anime adaptation of a popular game. The games usually require players to become the manager of an idol group. But the anime makes sure that each of the characters is properly represented, something that can be difficult in a game. Some of the shows were released to promote the games, but that does not make them bad.

One adaptation that stands out is the 2011 iteration. The story is funny, down-to-earth, and properly handles the complex lives of the idol group. Similar to the games, we see the members constantly managing their overall presentation, rivalries, and fan pressure. 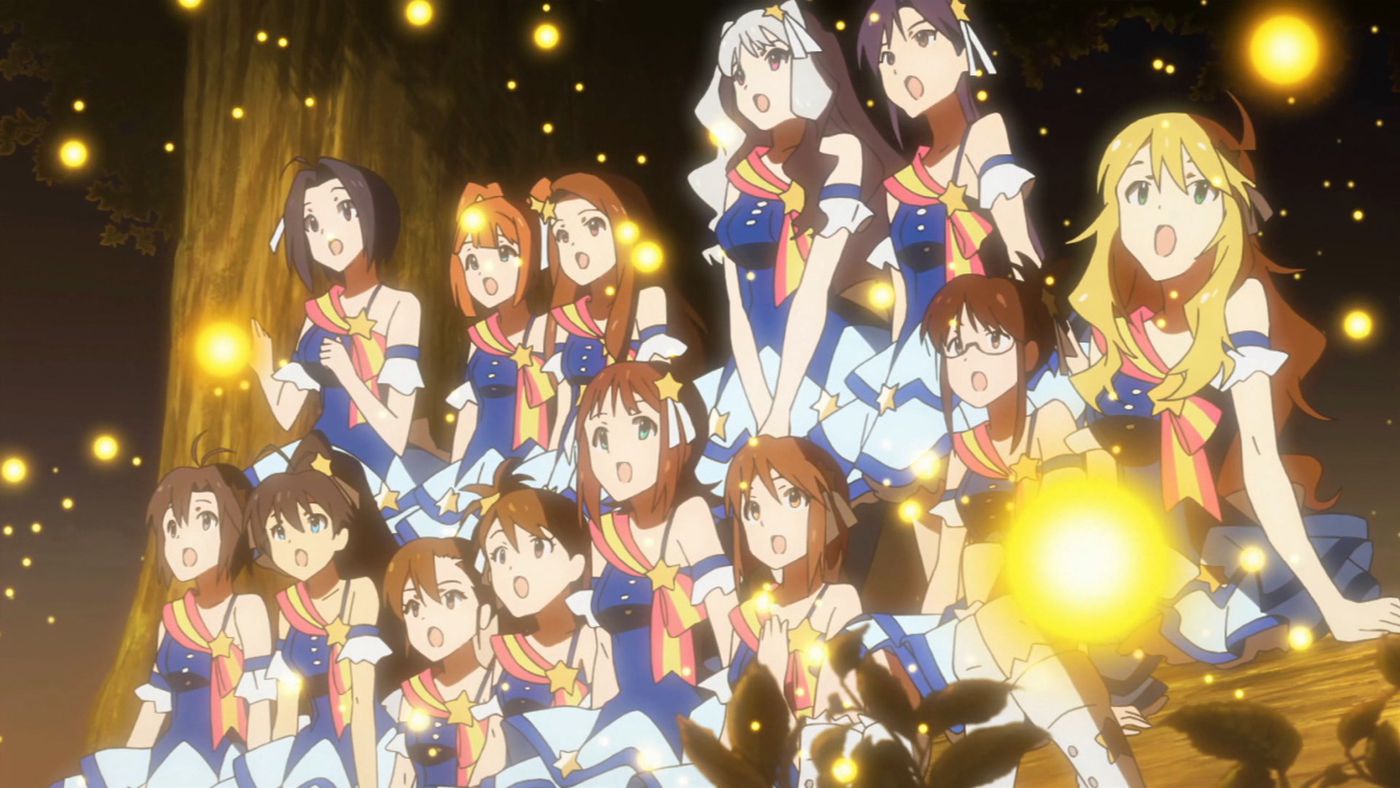 The Macross franchise is often credited as the anime that started the idol genre. Known as Super Dimension Fortress Macross, the first series premiered in 1982. This was a time when mecha anime began, thanks to the Gundam franchise.

The first series told the story about a war between humans and aliens. It showed complex politics, with equally complex characters. There is also a virtual idol named Lynn Minmay, the heart of the series. The Macross series got numerous spin-offs, but idols continued to be the main pillars of the series. For example, Macross Delta (2016) is about an idol group called Walküre. They sing to keep a fatal disease called Vár Syndrome under control. 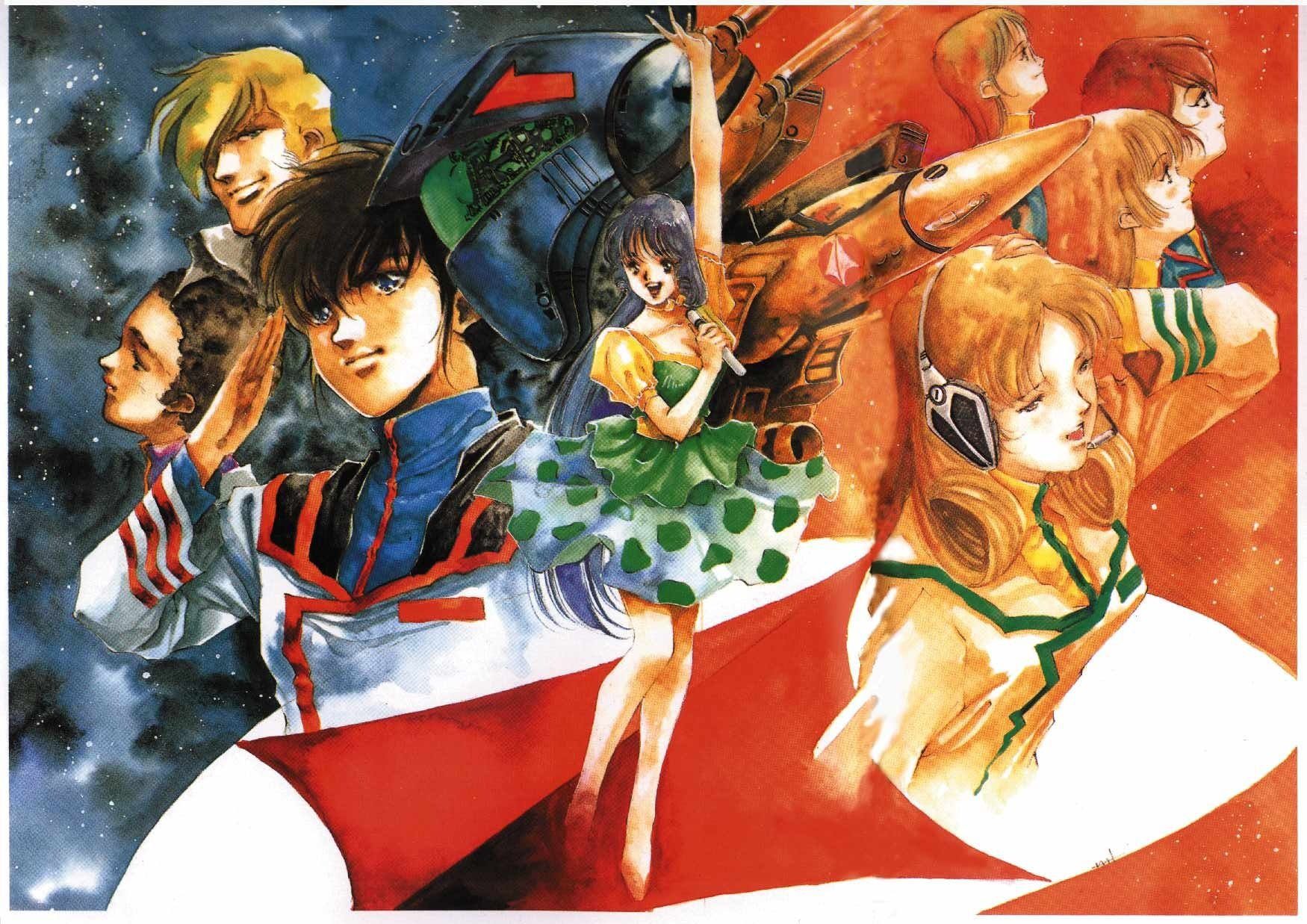 This might be a title that managed to attract even those watchers who stay away from idol anime. Zombieland Saga is a funny show for a casual audience and is not your typical idol anime. For once, the main characters are literal zombies. 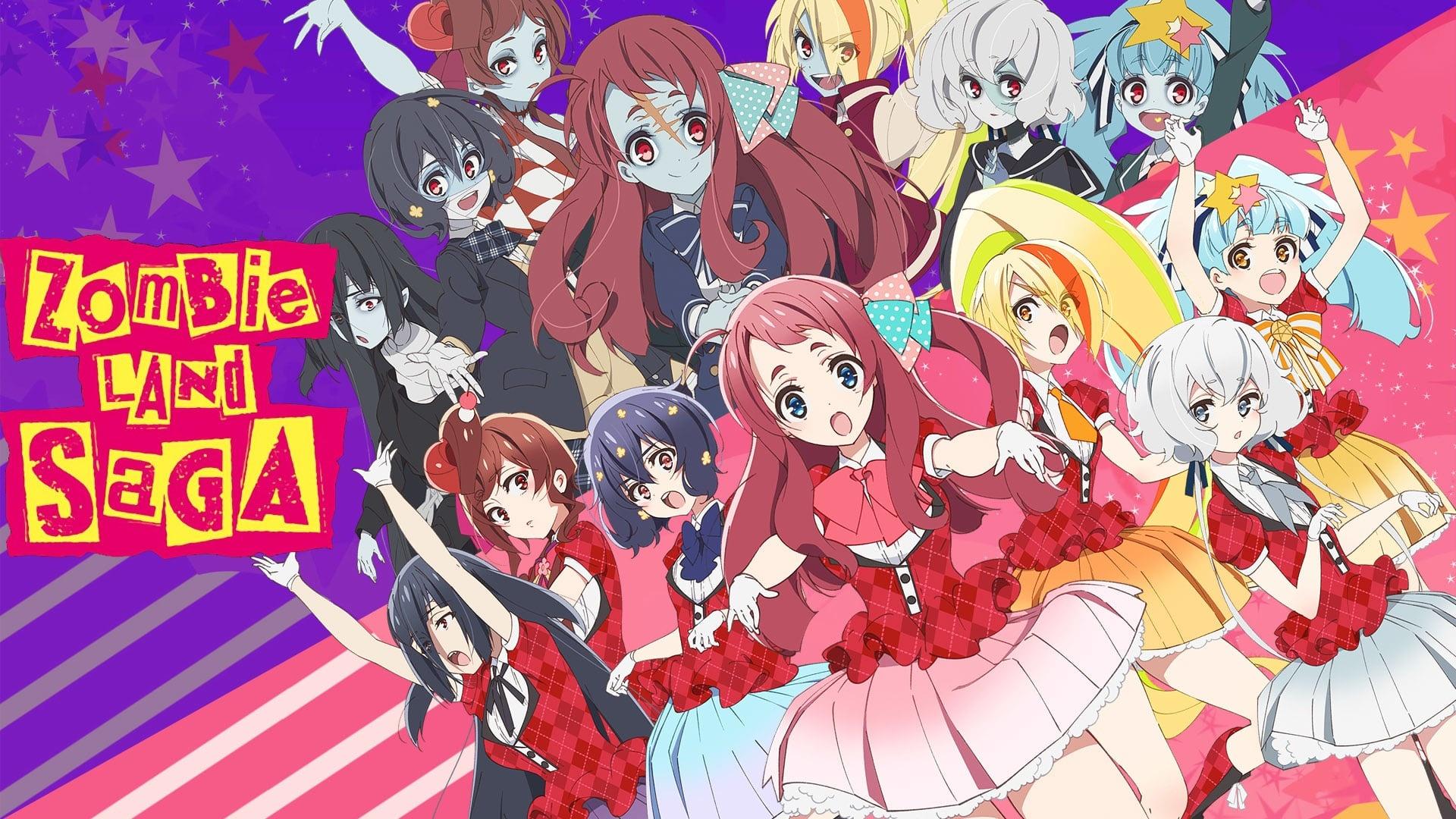 The story begins in 2008 and shows the death of high school student Sakura Minamoto. She is not given the isekai treatment but instead wakes up ten years later as a zombie. However, she is not the only one. Sakura is joined by six other “legendary” girls. They are brought back to life by a Kotaro Tatsumi, a man with a dream to put together the first all-zombie idol group. The series got a second season in 2021, and a live-action movie is in the works.