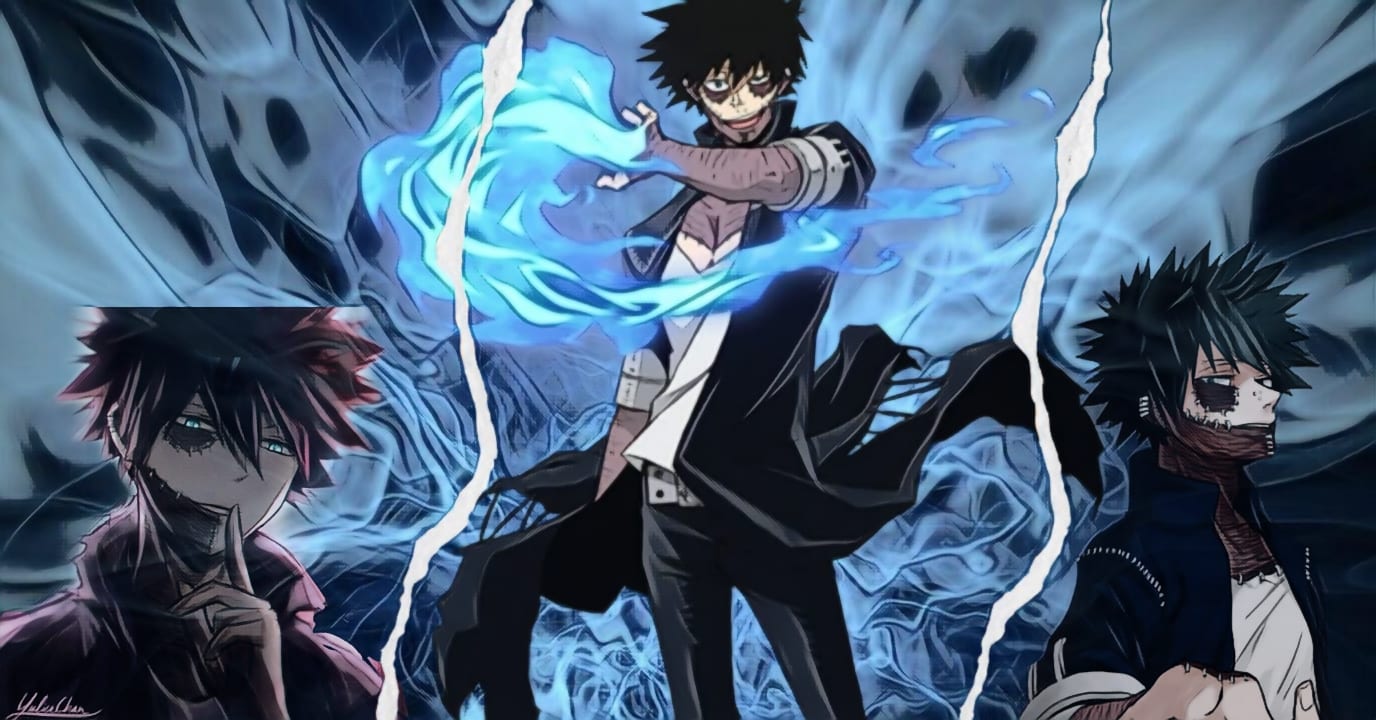 When My Hero Academia anime was building its root of success, the manga was way past its happy-go-lucky school arcs. The anime has barely introduced Dabi as compared to the manga. Kohei Horikoshi has turned into a major revelation in recent chapters. Even those who haven’t read the manga know that Dabi is Endeavor’s long-assumed dead son, Touya Todoroki. Dabi’s very presence was heavy. The topic was brought into overflowing discussions in every forum. Popular fan theories had already predicted that the new fiery villain might be Endeavor’s son before the revelation. Yet, the dramatic way Kohei Horikoshi delivered this idea to the readers did not fail to mesmerize them. Despite his villainous activities, Dabi remains a fan favorite. We have compiled the top ten facts about Dabi that anyone in the MHA fandom should know.

Touya Todoroki or popularly known as Dabi, is completely merciless. The killing comes naturally to him. But all villains were innocent once upon a time, and so was Dabi. He has gone through excruciating pain to become what he is now. Fans were dying to know how the character’s journey would go. As a regular reader of the manga, I can confirm that his arc would move souls. It has the cruelty of a villain and just the adequate amount of emotions that make us sympathize rather than hate him.

Dabi is indefinitely an interesting character. The regression in his arc brought more harm to the world than anyone could have imagined. Here are the top ten facts about Dabi that would pique more interest in this character.

Spoiler Alert: The article contains spoilers from the My Hero Academia manga.

Dabi (or Touya Todoroki) is popularly known for his quirk, ‘Cremation.’ His quirk helps him emit blue flames that can literally burn everything in the way. But, what makes it more interesting is that Dabi does not have any resistance towards heat. For fire users like Endeavor or Shoto Todoroki, using their quirk is easier because they do not feel the effects of fire. However, Dabi has burnt himself while using his quirk multiple times due to his lack of resistance against heat.

This was a major drawback of Endeavor’s ‘hybridization’ plan. He had married Rei Himura in hopes of gaining a successor who would inherit his quirk as well as Rei’s ice quirk. When Touya was born, Endeavor was satisfied as he had massive firepower even if he had not acquired the ice quirk. But, unfortunately, instead of gaining the fire-resistant trait from Endeavor, he ends up with resistance towards the ice.

In the end, his own quirk poses his biggest threat. 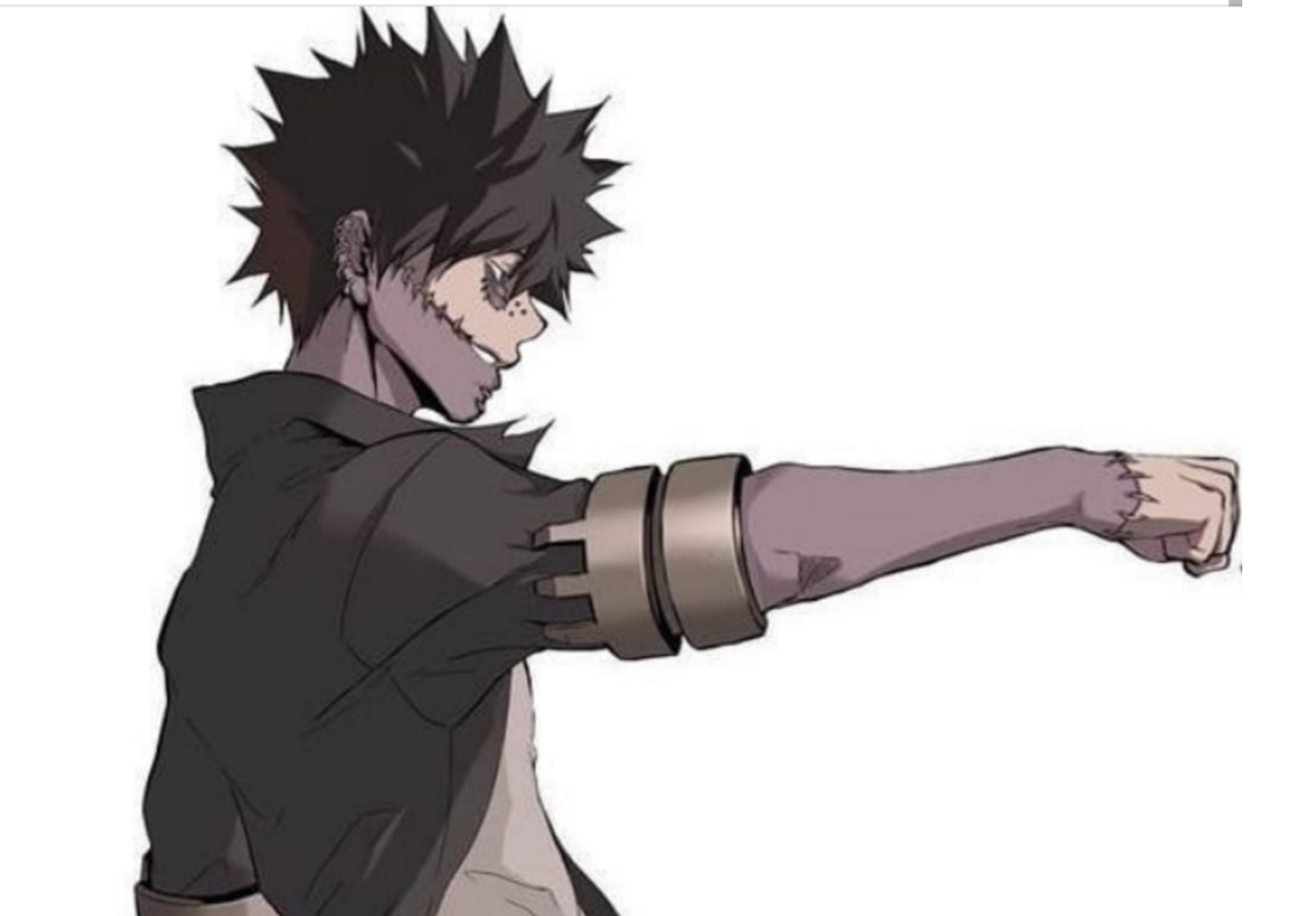 Villains are generally designed as characters who do not cry. In the case of Dabi, the phrase somewhat changes to ‘a character who cannot cry’. This is because he has lost his tear ducts.

When he faked his death years ago, he does so by creating a large fire. During this incident, Dabi also ends up burning his tear ducts. During the same incident, he also burns his skin.

This is addressed in the manga after Twice’s death. Dabi’s unfazed reaction shocks Hawks, who questions him if this is how a man reacts whose friend just died. Dabi sadistically grins and replies that he hadn’t cried since his tear ducts got burnt.

Touya Todoroki Wanted To Be A Hero

Touya Todoroki was not always the sadistic villain that he is now. As a matter of fact, he wanted to be a hero. Even if the idea was introduced to him by Endeavor, Touya was dedicated to achieving his goal. His obsession with becoming a hero grew to the extent that he stopped acknowledging that he was starting to harm himself.

After Endeavor’s continuous rejection, Touya starts embracing his negativities and begins walking towards the path of a villain.

As a villain, Dabi’s long-term plan was not the annihilation of heroes. His intentions are far more messed up. Throughout the plot, Dabi has been void of feelings. His insanity is a big highlight of his character. Killing heroes might be on his list of priorities, but he has shown interest in two other primary goals.

Dabi’s second goal is to completely eradicate the faith that people have in heroes. He broadcasts a video revealing his identity to the world to give them the benefit of the doubt against their pro-hero. To add to the fire, he also reveals Hawk’s past as the son of a villain.

I think this is the most interesting out of these top ten facts about Dabi because it gives an insight into Dabi’s chain of thoughts.

Dabi And His Ranks

Dabi enters the villain league. It goes without saying that Dabi is a very strong villain. Throughout his course of being a villain, he has been promoted.

Dabi Was Abused As A Child 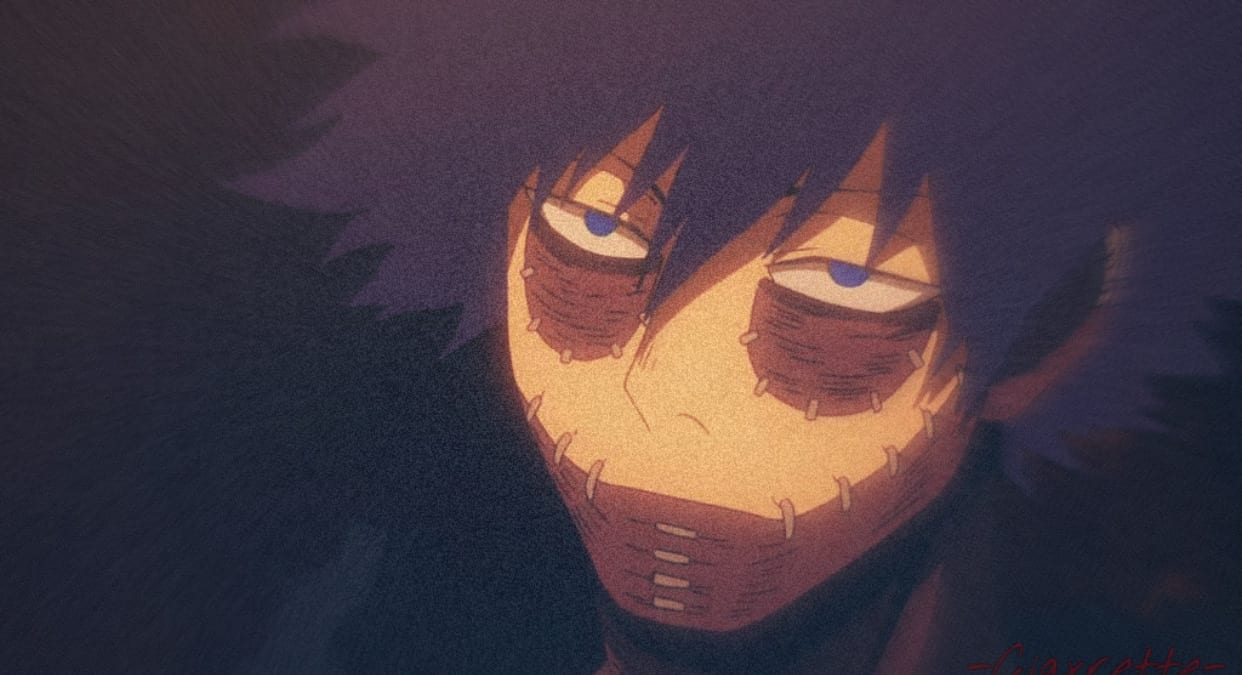 Dabi or Touya Todoroki from My Hero Academia.

One of the saddest out of the top ten Dabi facts about Dabi is his emotional background. Endeavor’s lack of ability to be a parent has already been set up in the case of Shoto Todoroki. He was no better with Dabi. When Dabi was a child, Endeavor saw it fit to force his dreams on his shoulders. As his abilities grew, Endeavor started holding out more aspirations from Touya that the child felt obligated to stand up to.

When Touya’s lack of heat resistance was brought into life, Endeavor rejected him completely. Even if for his good, his father stopped bonding with him completely through their training. Dabi felt like a failure and lost to his insecurities. This led to multiple mental breakdowns and a final act where he faked his death.

This was no less than mental abuse that a mere child underwent for more than five years. A list of top ten facts about Dabi won’t be complete without addressing his past that turned him into a villain.

Touya Todoroki Was Thirteen When He Faked His Death

Touya Todoroki had led a difficult life. He couldn’t live up to the expectations of his father nor get his comfort. Touya was starting to lose his mind from all the insecurities building in him. He notices that the intensity of his flames grew stronger and turned blue with his emotional level. To show his father one of his moves, Dabi ends up increasing his power. However, due to a lack of direction from Endeavor, he had no idea how to control it.

Touya ends up causing a big fire and disappears. It is saddening to think that Touya was only 13 years old when he did this. At an age when he should have been leading a playful life, Touya turned into Dabi.

Cremation: The name of Dabi’s quirk

Cremation has never been an official name of Dabi’s quirk. For example, Names like ‘Hellfire’ and ‘All For One’ are quite confirmed. On the other hand, Cremation is a name given to Dabi’s quirk as a quick translation of his name. A proper name was never given to his quirk in the manga, so fans decided to call it Cremation.

The name fits the power extravagantly as his powers can burn anything it touches to ashes.

Dabi blue flames look quite powerful and undefeatable. They have been acknowledged by Endeavor as being stronger than his own quirk. However, even Dabi has weaknesses. While his quirk is very strong, he is still physically weak. This puts him at a large disadvantage in close combat. His inability to fight in close ranges is his biggest weakness.

The Power Of Dabi’s Flame

Dabi holds no ordinary flame. We have been mentioning that Dabi can produce some powerful flame. But, how powerful are these flames? The burning flames of Dabi are about 3000 degrees Fahrenheit hot. Even half of that power is enough to burn human flesh to ashes.