10 Confusing Shows That Only Make Sense on a Re-watch 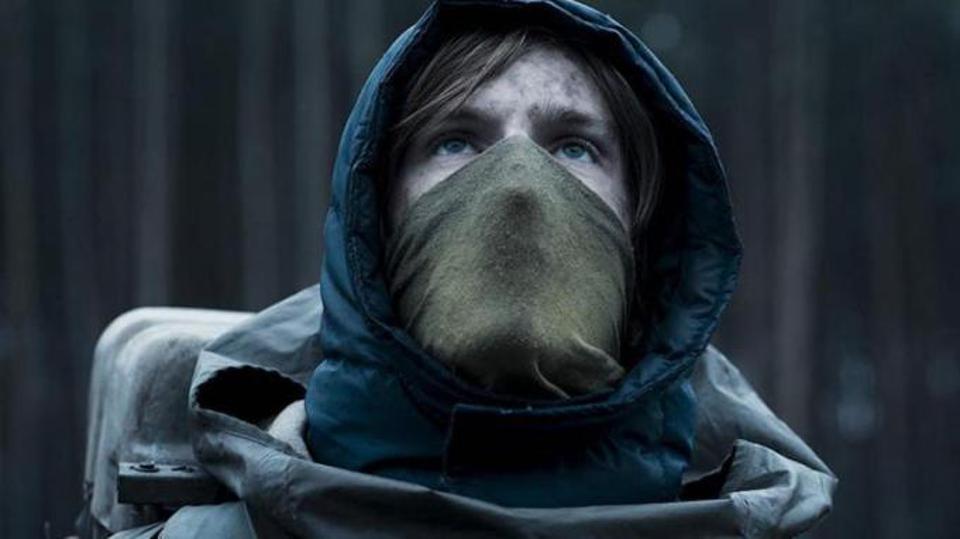 There are two kinds of viewers: One that watches shows for sheer enjoyment and second, who love to make their minds work while watching something. This article is for the latter. Today, we will be listing ten shows which are so confusing that they only make sense when you watch them again.

Making something so confusing yet without plot holes or inconsistencies is a difficult job. And so the makers of these shows have to be incredibly smart and careful while making them. Note that this list may contain Netflix shows, Hollywood shows as well as Anime. So, without further ado let’s dive straight into it. 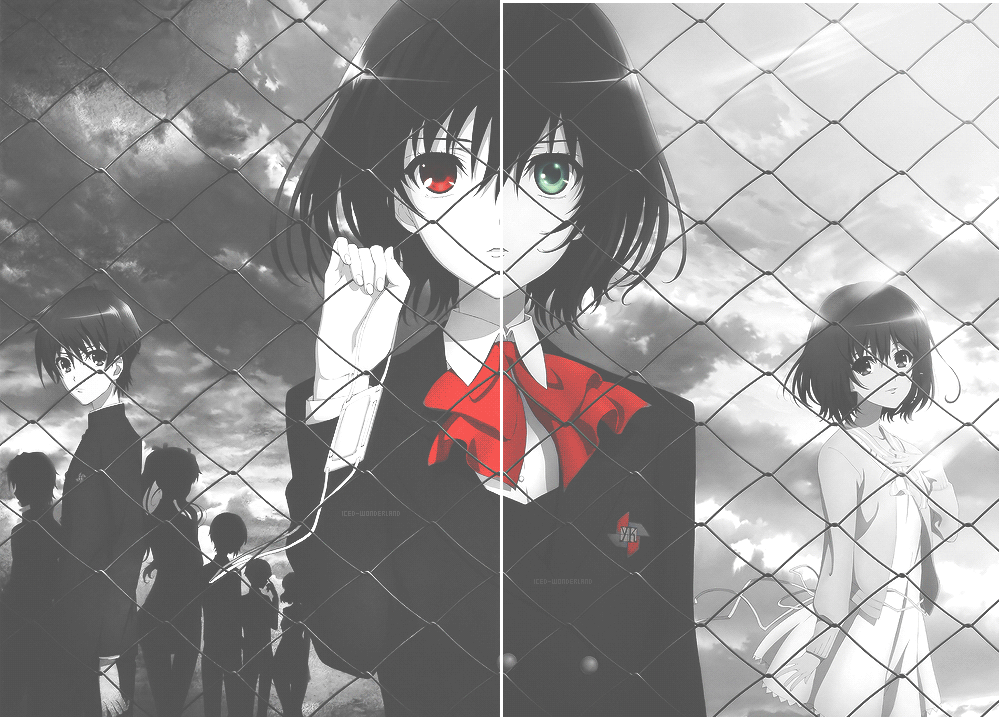 At number 10, we have the anime Another. It’s a horror drama show which makes its characters go all kinds of crazy looking for the villain. Who’s the villain? We don’t know, and neither do they. The show is set in a small town named Yomiyama. Koichi Sakakibara, the protagonist has moved to his grandparents’ place and into Yomiyama High school because his father has work abroad. He meets a strange girl named Misaki Mei who disappears into the hospital moratorium. Things quickly start getting out of hand from there. In Koichi’s class, everyone seemingly ignores Misaki’s existence completely. And there are talks about a curse doing the rounds for his class only. Soon, one by one, students and teachers at Yomiyama High start dying.

The curse is, there is one extra person in Koichi’s class. That one person is actually dead but doesn’t realize it yet. Because of this person, people are slowly getting killed off. The twist is, obviously, no one knows who this dead person is. The premise is intriguing enough to watch the show. It is interesting to note that the ending and climax of the show are pretty much revealed in the beginning. But most people miss it. Overall, a show that requires at least one re-watch to realize things.

Read: Another Review: A Horror Series You Cannot Escape 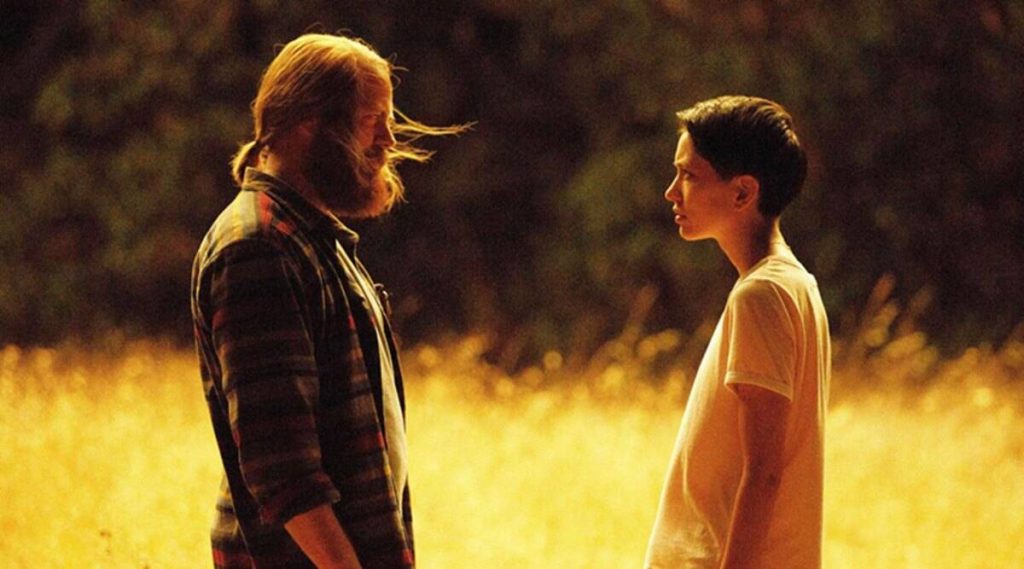 Devs is a science fiction show on FX Hulu. Now we can get into a lot of technical physics jargon describing the premise but instead, let’s put it simply. Devs is a show about parallel universes. Simple enough right? Well, not really. Because it’s a show where extremely smart and twisted scientists try to look at the past, present, and the future. But instead of that, they end up creating a machine that shows them the past, present, and future of different universes.

The creator of Amaya, the research facility in Devs is Forest played by the amazing Nick Offerman. He recruits Lily Chan and her boyfriend Sergei to work for him but soon finds out that Sergei is a Russian spy stealing data from Amaya. Forest and his allies kill him off and Lily sets out on a path to justice, revenge, and finding out the truth behind her boyfriend’s death. This spirals her into a world where her choices may not be her own and instead of the will of the universe. In a few words, the show is very confusing and requires a lot of googling of words and theories to make sense out of. But most definitely worth a watch. 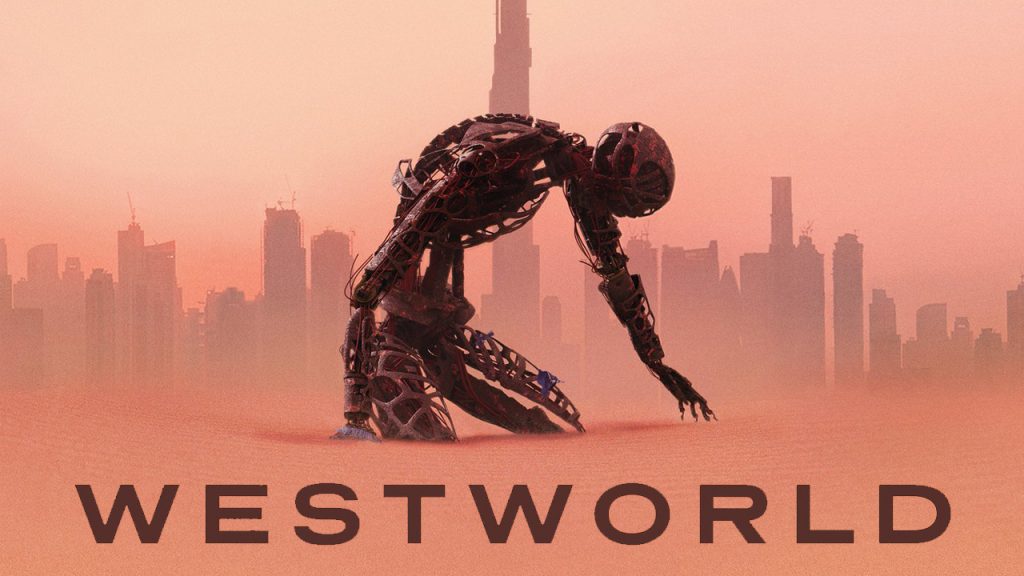 Westworld is incomprehensibly beautiful for the first two of its seasons. And we mean both, incomprehensible and beautiful. The show boasts a brilliant cast including Anthony Hopkins, Evan Rachel Wood, Jeffery Wright, Ed Harris, Aaron Paul and so many more. You can probably already sense the sheer acting potential packed in this show. To add to it, it is directed by Jonathon Nolan, brother of the world-famous director Christopher Nolan.

The show is far from simple to understand. It is set in a futuristic theme park based on the Wild Wild West. Cowboys, pubs, gunfights, you name it. A wealthy client can pay to get into this theme park and explore it however they want. For their amusement, there are androids who look and feel like humans inside the park. These androids are all given a character and a story that they follow routinely. They’re killed, used for target practice and so much more simple for the amusement of customers.

But these androids feel things, they feel pain and joy. Soon, one of them, Dolores played by Wood starts gaining consciousness. And slowly, these androids become sentient beings able to take control of themselves. What happens next is pure chaos and riot. The first two seasons are poetic, gory, and very confusing to watch. But every minute of Westworld is worth watching. 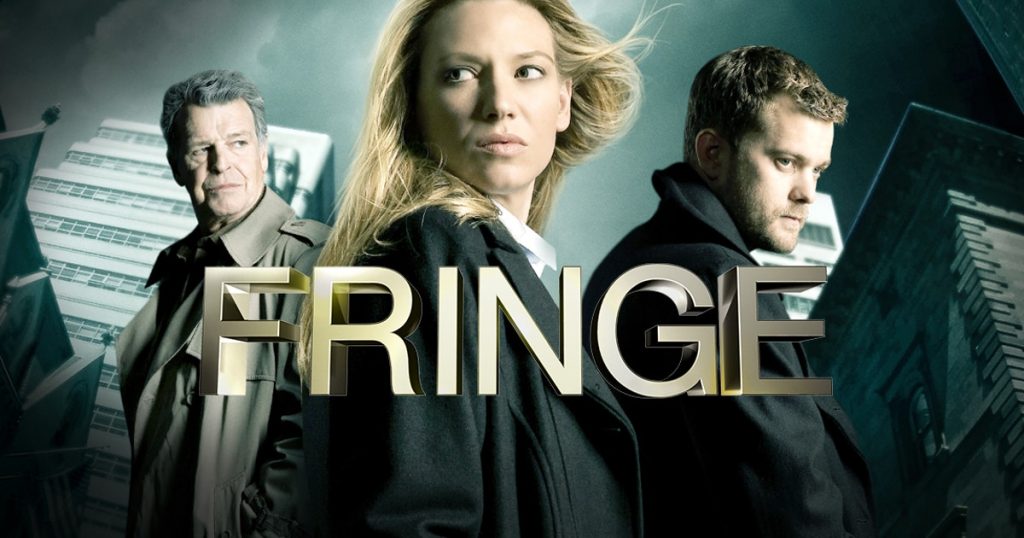 Fringe is a science fiction series co-created by the famous J.J. Abrams which aired for about 100 episodes. A show about the Fringe Division supported by the FBI who look into strange phenomenon happening around the world. And when we say strange, we mean it. Fringe science is all about theories that don’t make sense in the traditional sense. To leave the technical jargon out, the Fringe Division basically looks out for unexplainable technology, people, and events that could potentially lead to a lot of destruction. The show usually has episodes with new cases and plots but each one of them is equally confusing and would call for a re-watch often. 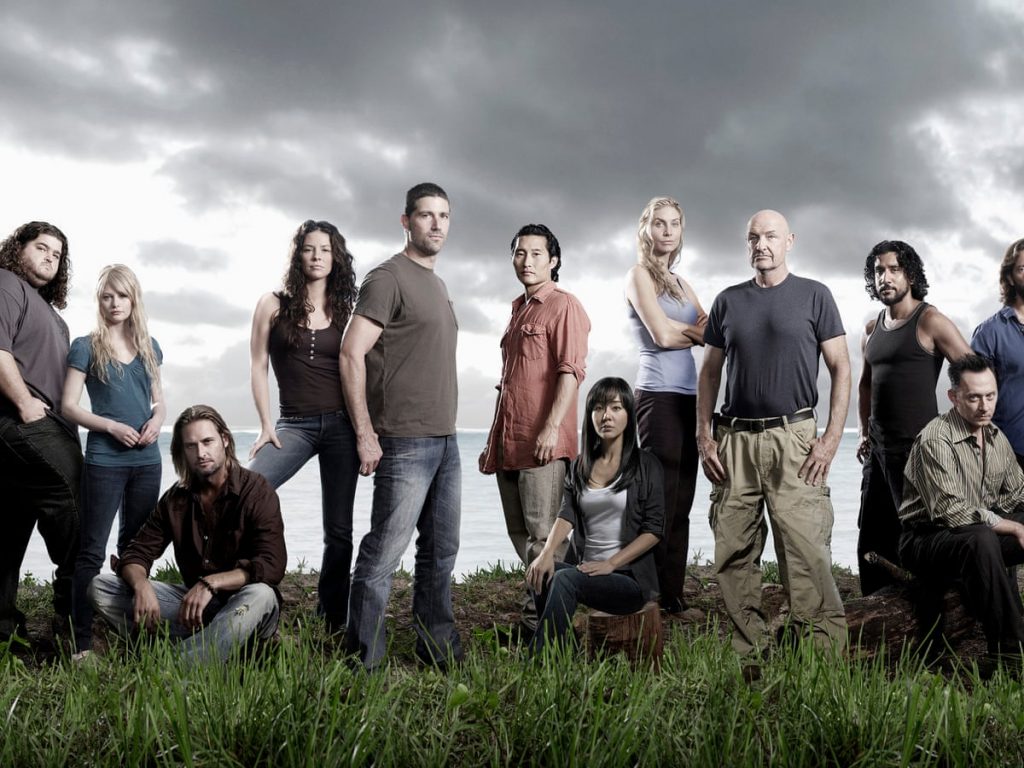 Also a creation from the mind of J.J. Abrams, Lost is very infamous in the genre. It’s a story about the survivors of a plane crash who find themselves stranded on a strange island. The show includes science fiction and supernatural elements which twist things around a lot. To add to it, it always features flashbacks, flash-forwards as well as flashes into alternate dimensions to make things more complicated than they already are. People find themselves drawn to this show quite easily because of its complicated nature. And once you dive into the story it is difficult to jump back out.

Some may say that it is too complicated but nevertheless, definitely worth a watch and a couple of re-watches as well. 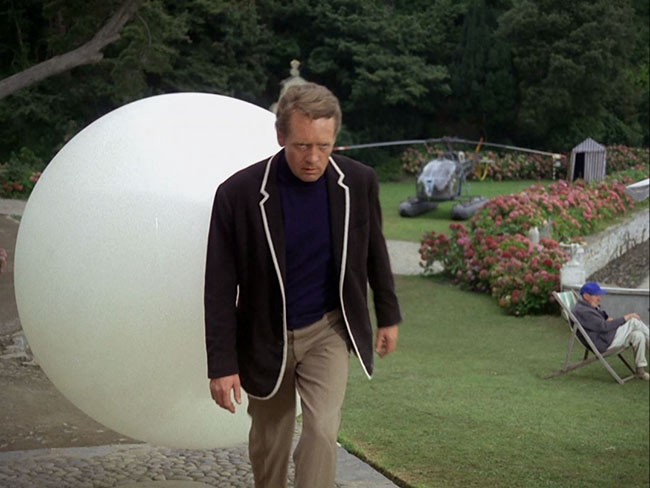 An old sci-fi classic, The Prisoner tells the story of Number 6, an agent who recently quit his job. He finds himself stranded and imprisoned in a coastal village. His captors keep trying to find out why he abruptly quit his job and if he is hiding something from them. Everyone in the village has a number, and Number 6 is highly observed and interrogated in different ways. If you remember the Jim Carrey movie The Truman Show, you can compare the two. The protagonist is basically being forced to live a fake life with fake people, except he knows it.

The show ran for only 17 episodes but is definitely worth a watch if you love classics and your mind being dazed. 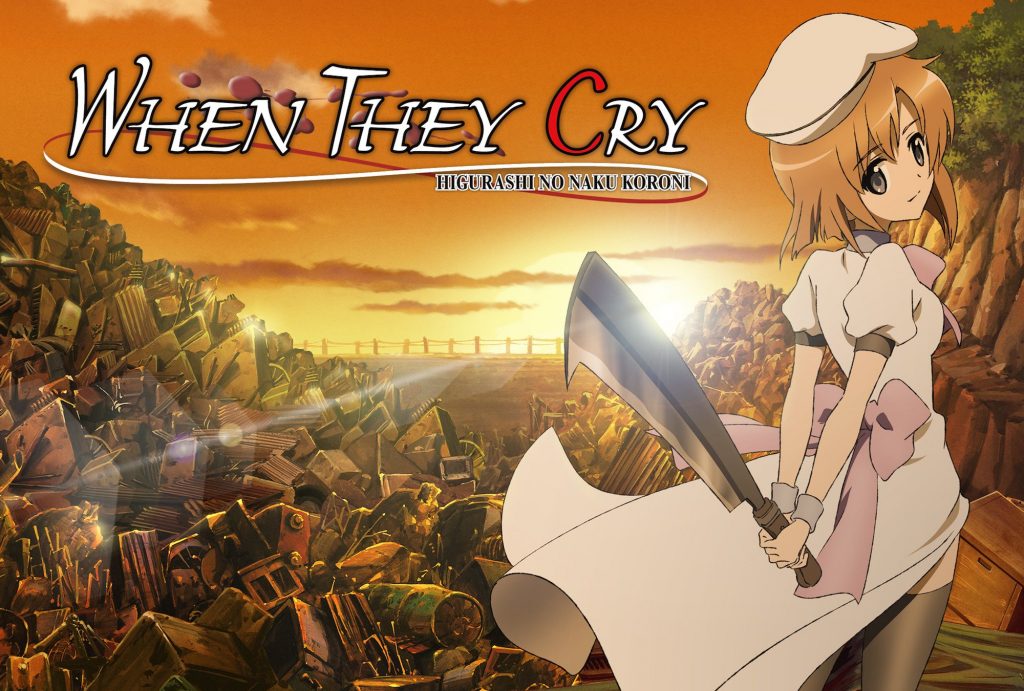 Notorious for its format of storytelling, Higurashi tells the story of the fictional village of Hinamizawa. Every arc follows some form of a murder mystery. What’s confusing? Higurashi has several arcs where things seemingly go back to normal after a night of widespread massacre. The viewer is left wondering “what the hell is going on?”

Everyone suddenly died and then came back to life and forgot about it? It’s not that simple. Higurashi has question arcs and then answer arcs, so you have to go through the question arcs hoping you don’t get too confused and then watch the answer arcs to hopefully getting some answers about the original. If reading this description alone is making you scratch your head, the series itself will at least call for a couple of rewatches. 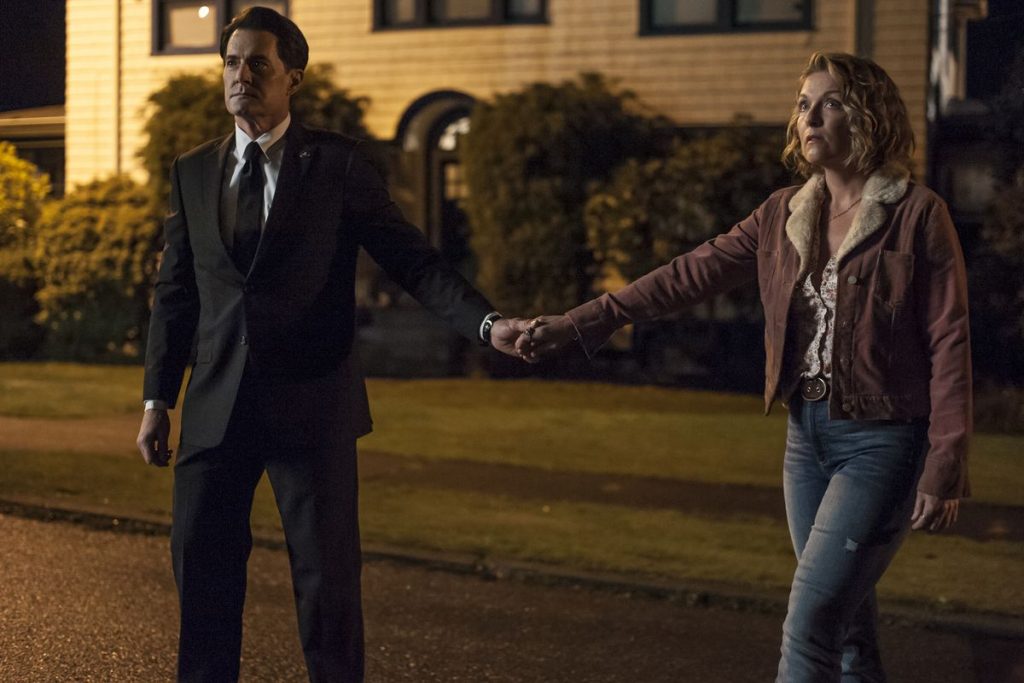 Twin Peaks is a mystery horror drama show about an FBI Agent and a Sherriff who investigate the murder of homecoming queen Laura Palmer in the town of Twin Peaks. The show is from the ’90s and has science fiction and supernatural elements to it. In fact, the conclusion and what happened at the end is still pretty much ambiguous which makes it a show difficult to comprehend. A show confusing enough to be on the 4th spot.

Stranger things is a Netflix original and one of the most famous at it. The show surely gets simpler in the sequels but the first season sure has a lot of confusion in it. It’s a show set in the town of Hawkins where a strange phenomenon starts happening and a boy named Will suddenly disappears. Afterward, we meet Eleven, a runaway who doesn’t speak much and has superpowers. It’s a sci-fi show with parallel dimension mechanics. The first season will leave you wondering what is happening and why it is happening which will certainly call for a re-watch. It’s a very popular show which is less confusing than many others on the list but certainly makes you scratch your head. 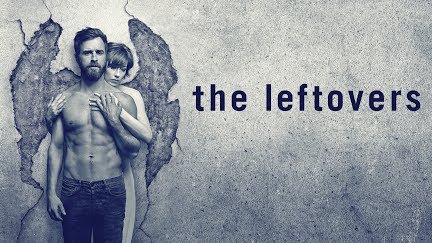 An incredibly confusing show which starts in such a place where you are left wondering what is going on. The story is set in a world where 2% of the global population suddenly disappeared. This leaves behind a broken family of police chief Kevin Garvey who lost his wife in the event. There’s a silent cult trying to achieve a vague motive, a lot of missing people, and a guy shooting dogs initially in the show. Basically, a mind twist which requires the watcher to have a lot of patience if they want answers. Definitely worthy to be on your watch list. 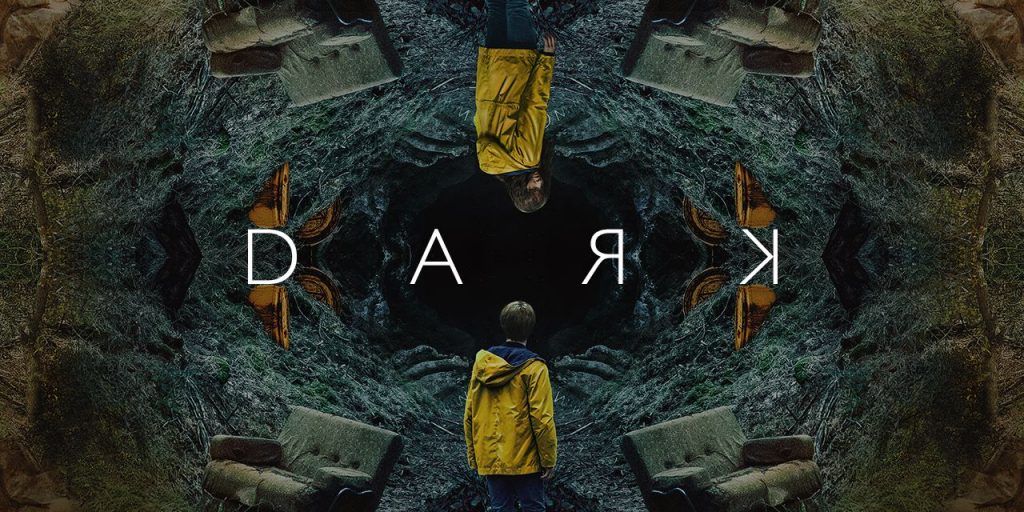 This one was destined to be on this list. Dark is not a show that can be left out if we are talking about confusing shows. It’s a German science fiction thriller with time travel as its central concept. In the Dark universe, one can time travel either 33 years forward or backward. However, in the present, 33 years later the world has ended. The protagonist Jonas loses his father as he kills himself leaving a letter behind. Slowly children from the town of Winden start disappearing mysteriously. What follows is a mind-bending story of multiple universes and time travel where the antagonists and protagonists try to outplay each other.

This one is guaranteed to take a few re-watches to understand unless you prefer to do a google search about it instead.

So this was our list of ten shows so confusing, they need a re-watch. What are your thoughts about the selection of shows? Let us know in the comments.

Marvel’s Black Widow: All You Need To Know