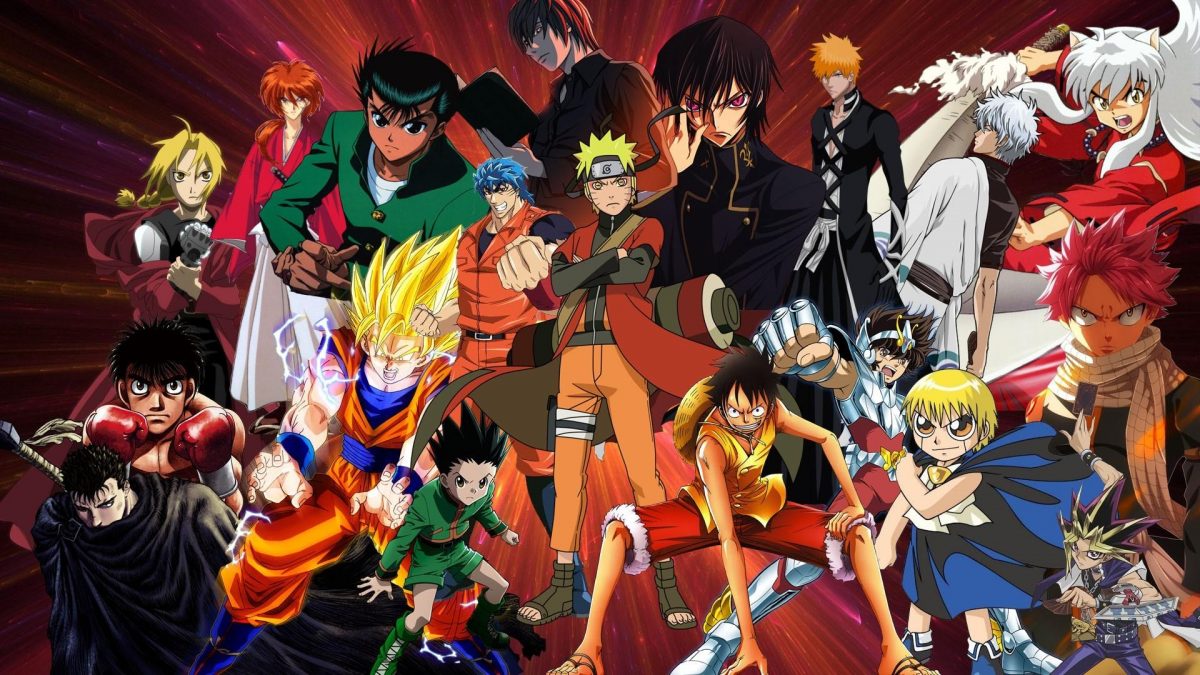 Shonen genre refers to anime/manga and series that are meant for teen boys. The plot usually follows the story of a protagonist striving to do something remarkable. That’s the vaguest summary of every Shounen anime I’ve seen so far. However, when you watch a fair share of Shounen anime, you’ll start noticing how things are often repeated in all these anime. While the stories and scenarios are all different, some factors seem overused. So, here we shall look into some of the cliches that are prevalent in Shonen anime.

Shounen anime is majorly enjoyable till it comes to the cliches they show. Since there are thousands of Shounen anime, some things are inevitable to be repeated. Some cliches often make a good series annoying. Ranging from Hunter x Hunter to One piece (which is relatively different from other shounen anime), all these series contain some similarities. Some of these factors end up making the whole plot predictable and slightly boring. So today, we’ll take a look at 10 of these cliches in shonen anime.

1. Screaming The Name Of Your Attack

Mostly all the shonen series contain some supernatural factor. And thus, there are certain powers that the characters possess. Now, as per this cliche they all shout out the name of their powers before they do anything. For example, Goku saying ‘Kamehameha’ might take an eternity. They never really make a move without screaming the powers. The Dragon Ball series might be a major reason behind this, as all the prominent anime take inspiration from this show. They usually follow a long scream that takes a long time. 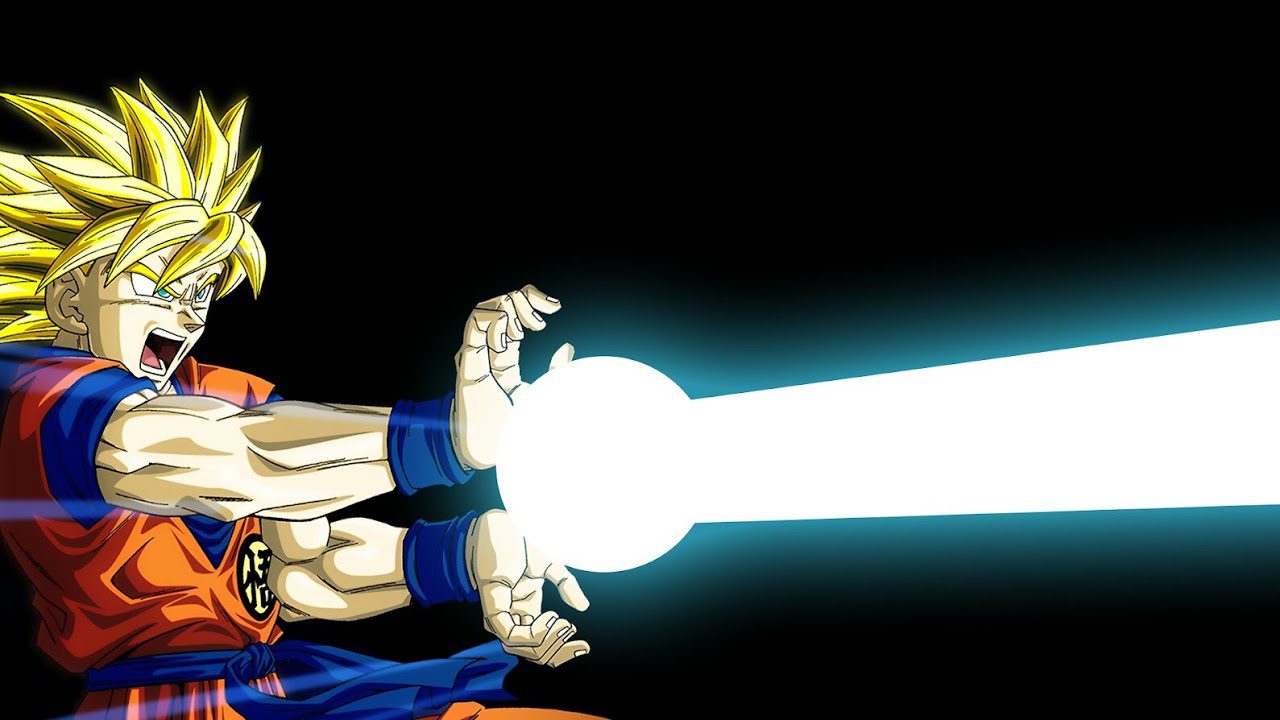 The biggest cliche, as well as insulting element in a Shonen anime, is the presence of weak female characters. In shounen anime, you’ll find several remarkable female characters with cool designs, and these characters are depicted as strong people. However, they still end up being damsels most of the time. Several examples follow this cliche starting from Sakura in Naruto to Orihime from Bleach. While these characters are powerful and worthy of more screentime and Power development, they end up portraying them as weak and vulnerable characters that need the male protagonist to save them.

Although this cliche is now changing with time, while the main female lead is lowkey weaker in comparison with others, there are other capable women in Bleach. Demon slayer is another example that has several powerful characters regardless of their gender. Jujutsu Kaisen is the best Shonen anime with extremely powerful female characters that are impactful to the storyline.

There are several anime with well-written characters who are good fighters, like Stone Ocean. Other examples would be Sailor Moon, Little Witch Academia, Kill la Kill, and many others. Having a weak female lead is an old cliche that is starting to go down over time.

This Cliche goes hand in hand with the previous one, the only difference being that the previous cliche is slowly disappearing over time, while this one remains. Fanservice refers to the intentional addition and alteration of content to please the target audience. Since the target audience for these anime is teen boys. The Fanservice is often sexual that depicts nudity. Every Shonen anime exclusively showcases the physique of the female characters in the series. 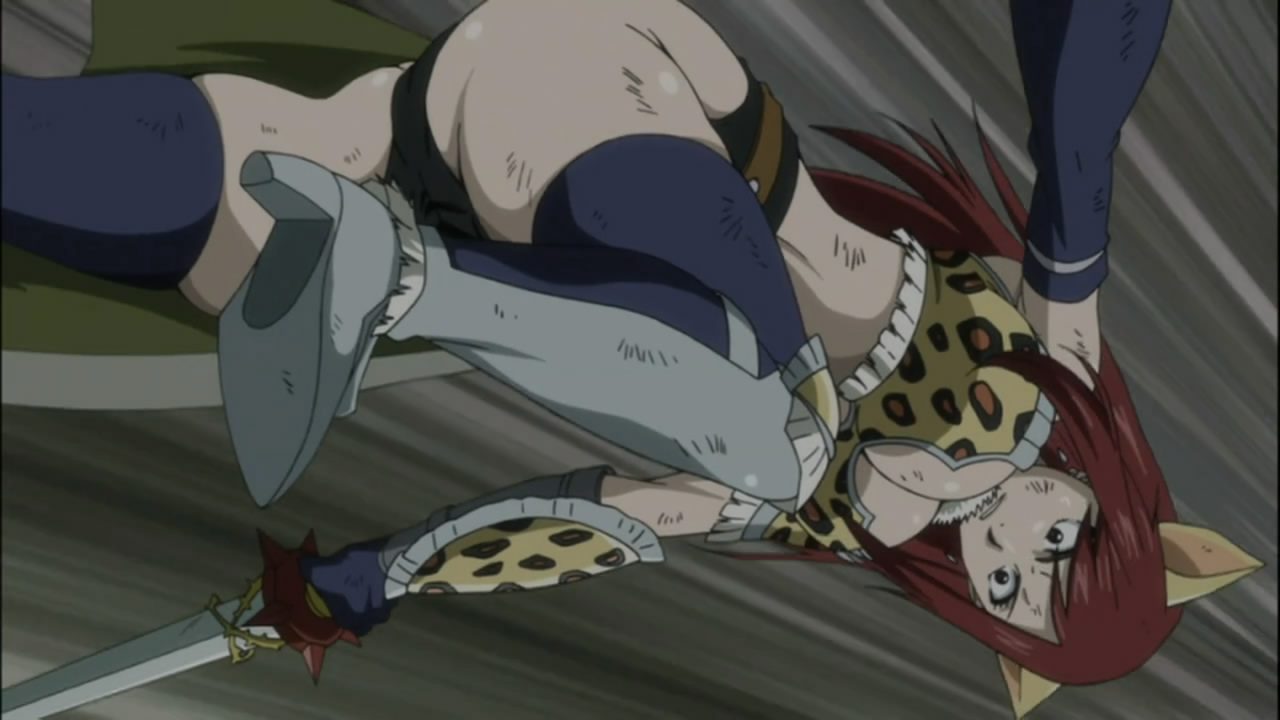 In shonen anime, this is called a semi-nude shot or maybe an episode with a special beach day edition. This is meant to induce a more male audience towards this series. Major examples of this cliche are Fairy Tail, High School DxD, Highschool of the dead, and even One piece. And it’s extremely weird as One Pece has a high-quality plot, but the Fan-servicing is so extreme that at some point, it diverts the attention of a viewer. It is also Fan-servicing for the female audience. For example, Free is the type of anime that’s mostly a Fujo bait.

The main character must have a tragic backstory. If it’s not the main character, then it’s supposed to be the other supporting protagonists of the story. For some reason, a traumatic past is a must for shonen heroes. Like Naruto grew up as an orphan, Ichigo’s mother was killed, Tanjiro’s entire family was killed, and the list goes on.

This is an extremely common trope as, at times, it serves as the main character’s motivation to do something. Either that or it’s a central plot element for the whole anime. However, it’s speculation that they just need to get rid of their parents in the story so that the hero can do whatever he pleases. All the characters have their own stories, but the overabundance of tragedies makes the story dull, and it’s fixed in the viewer’s mind that the plot is overall based on a major cliche. What viewers need is a creative backstory which doesn’t necessarily mean something that’s filled with tragedy.

In most of your typical shonen anime, the main protagonist always starts weak, more of a pathetic and hopeless person. For example, Izuku Midoriya from My Hero academia. In the beginning, he is weak, fragile, and possesses no quirks, which is the whole power system in-hero academia. Later on, in the series, he comes across the man he always idolized, who also becomes his mentor. He acts as a catalyst for the growth as well as the origin of Deku’s strength. 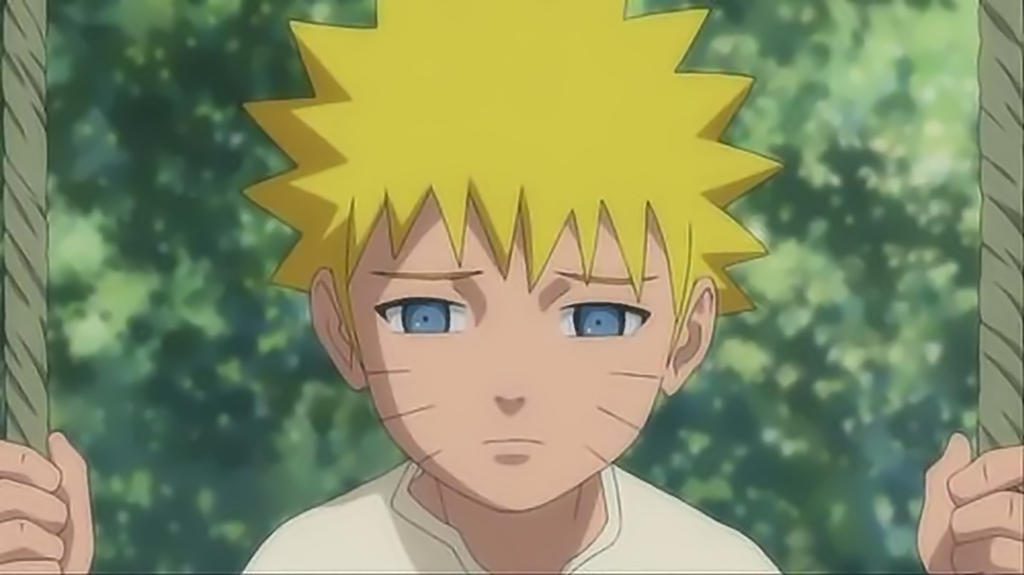 Most of the stories start this way to appeal to normal people who are powerless and weak. It’s more of an inspirational element for normal people. Giving them hope that things can turn around for them as well. However, that sudden boost of energy and good luck makes things repetitive and boring. But this is a classic cliche that won’t die anytime soon.

6. Talking During The Fight

Now, this is the most common thing in every single shonen anime. It’s like a checklist that the mangaka needs to tick on. Having a conversation during a fight is a “must-do” scenario for all the characters, regardless of them being the antagonist or the protagonist. They MUST explain their plans, intentions, or events that made them come this far before they start the fight. At times, this conversation continues in between the fight as well.

Somehow in anime like Naruto, the protagonist just miraculously manages to change the villain’s mind. Imagine working for a goal for your entire life, giving up on things, and then suffering every day to finally make your move. But all of a sudden, a dude comes while preaching how it’s all wrong, will you just say, “Uhm okay I guess you are right”?! That’s how the majority of Naruto fights ended. Villain realizes that he’s been wrong all his life just by talking to Naruto.

7. Characters Are Rescued By Some Power-Up

There are always instances when the protagonists and other supporting characters find themselves in an unimaginable position. 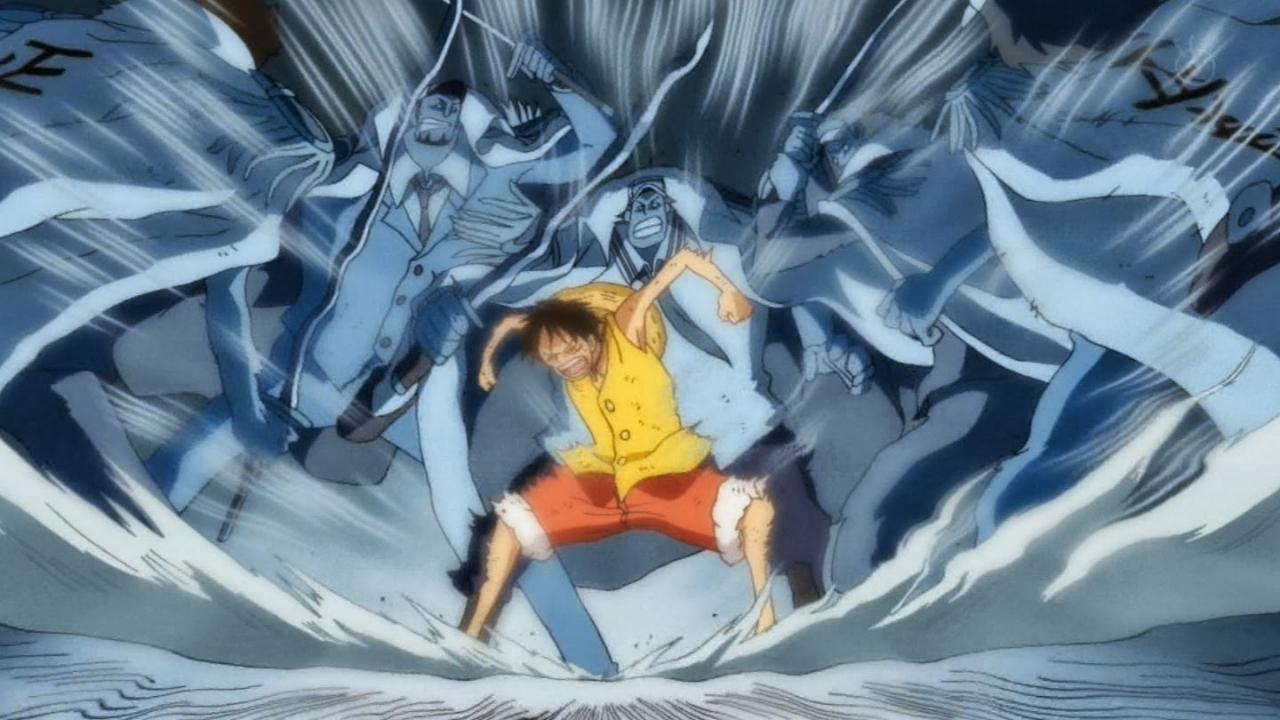 At times like these, there’s always a sudden power up or some other entity that rescues the characters. For example, in the original Broly movie, Goku defeats Broly by gaining some sort of power. In the Twin star exorcist, Rokuro is rescued by a mysterious entity as well.

This might range from another character appearing out of the blue to rescue another character or some power that reveals itself in case of need. For example, Luffy’s Haki saved Ace for a brief second during the Marine ford arc. However, we all know how that ended. At times it’s just “the power of friendship,” which is the entire plot armor of Fairy Tail.

Imagine you are watching a series, and the story gets to the point where the main villain is about to reveal his plans or something essential, but all of a sudden, the story goes to flashback mode. This right here ruins the viewer’s mood. The character’s origin story is integral to the plot and must be explained in the beginning. That’ll make things easier for the audience to understand. Flashback episodes lend a helping hand to make the viewer understand the whole background of a given character.

But everything has a place and a time. Giving a flashback in between a fight is simply irritating. Unfortunately, every single Shonen anime follows this pattern.

9. At Least One Perverted Dude

Now this cliche is amongst those that the viewers want going. There are unique characters in anime, but every single one of them has this one guy who is extremely perverted. Master Roshi from Dragon Ball is a good example for this case, although he had other dimensions since he trained Krillin and Goku. Another example is Jiraya from Naruto. He wrote the Make-Out Paradise book series that is fully pornographic. And then Sanji is no exception to this list of perverts. 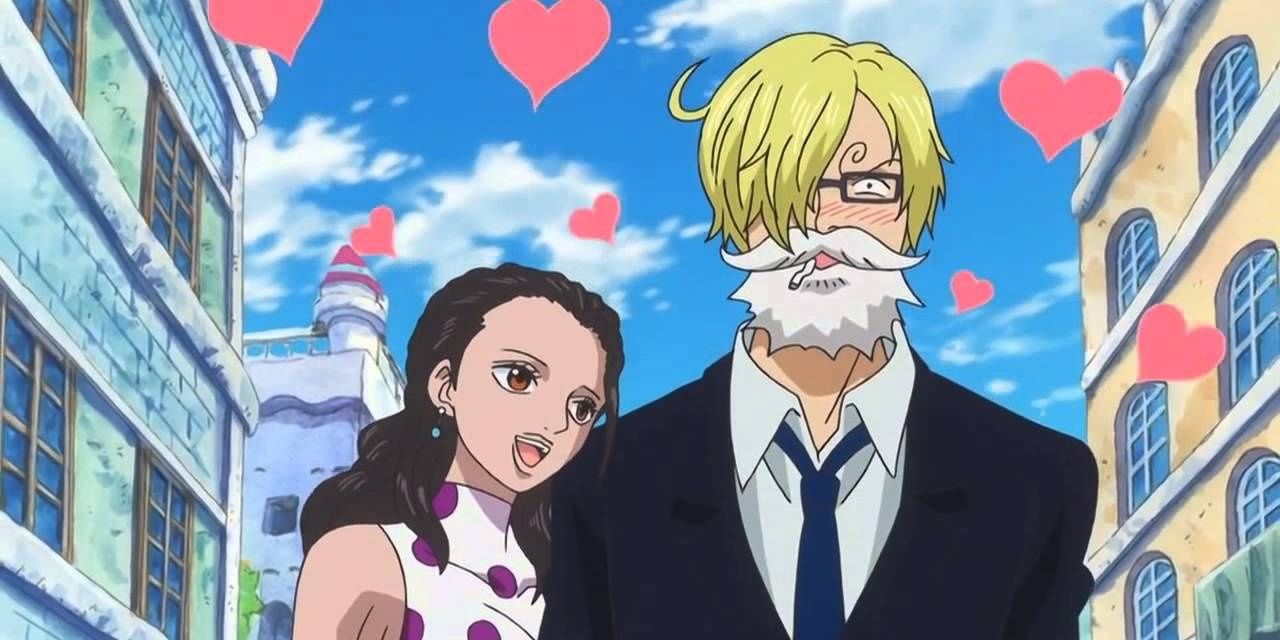 Even though in Shounen anime, these perverted characters are mostly men, there are several perverted women as well. This includes Haruhi Suzumiya, Kajou Ayame and many more. This cliche is simple; however, it’s wasteful, and the characters find themselves in unnecessary trouble because of it. Sanji even died due to a nosebleed when he saw mermaids. So, now this cliche isn’t funny anymore. It’s just dumb and repetitive.

Fights are usually stretched out longer than required. The biggest example is the so-called “Longest Five Minutes” of fight in Dragon Ball Z in the Frieza Saga. Additionally, the tournament in super took ages to complete, along with other tournaments and one-on-one fights that were stretched out for too long. There’s also the original Chunin Exams in Naruto that took several episodes.

At some point, the viewers just want the fight to be over and move on to the main plot. If it’s a major fight between the main villain and hero, then it’s a different story, but a random fight stretched out for more than ten episodes is simply annoying.

Also Read: 10 Clichés In Shoujo Anime That You Must Know About