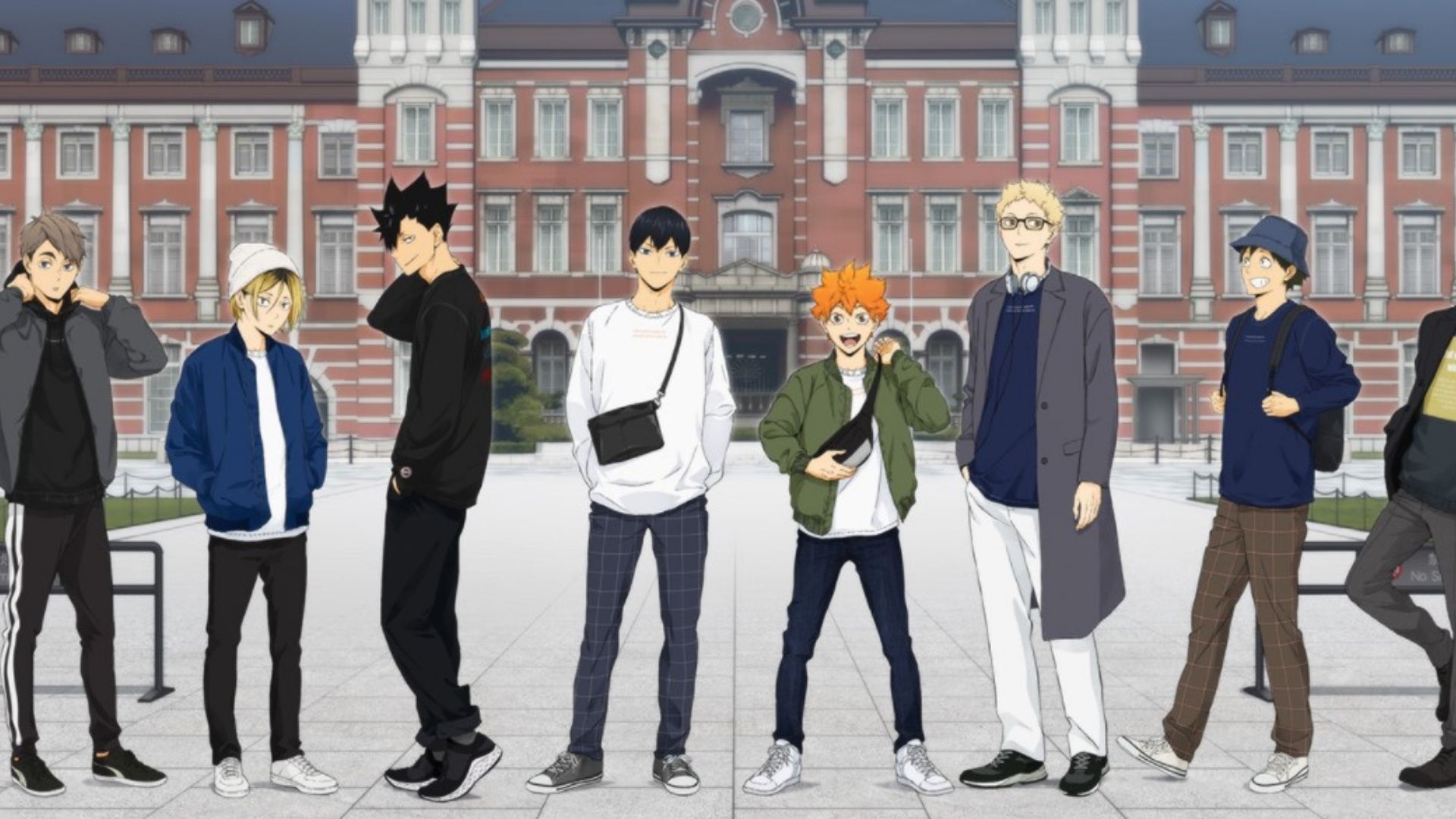 Are you an Otaku? Are you a Haikyuu!! fan? Looking for gift vouchers or something related to Haikyuu!! to have for yourself? Want to impress someone special by gifting them? This Valentine’s Day, gift your partner something they like about Haikyuu!! Regardless, you can always gift yourself to things you love in Haikyuu!! This article will introduce Haikyuu!! fans to some exciting Valentine’s Day Gifts. Grab your wallet and get ready to buy now.

Haikyuu!! is a Volleyball sports anime series. It is a Japanese manga-based anime written and illustrated by Haruichi Furudate. The series has four seasons as of yet, and the officials still haven’t announced the next season’s release. The anime series projects Hinata’s dream, to be an ace like ‘Little Giant’ and become the strongest player, in a really admirable way.

On December 18, 2021, Haikyuu!! celebrated its 10th Anniversary in 2021. The celebration consisted of 10 projects on work. Four of them have been revealed at the Jump Festa 2022, and six are yet to be announced. They sure know how to keep fans hanging by the cliff. Better now than late; there would be spoilers coming your way.

Haikyuu!! is one of the great sports anime series. While some Instagram reels show how a non-volleyball player watched Haikyuu!! and the next thing we see is, they have a volleyball in their hands saying how much they came to know just by watching. Jokes apart, Haikyuu!! is really detailed. All the descriptions about the volleyball game and what really is necessary to improve oneself, everything is descriptive enough in the series. Even a non-player would want to try volleyball, at least once after watching Haikyuu!!

The main protagonist of the series, Hinata Shōyo, encourages each one of us to live a life honestly. If you want to do something, if you have set your mind to it, then do it until you have achieved the desired goal. Hinata has proved it to us by overcoming his shortcomings and achieving his dreams. Not that the anime series has ended yet. But saying from a manga perspective, the above statement can be applied. Hinata’s daily life struggle with volleyball is pretty much relatable. After Hinata graduates from his junior high school, he sets off to join Karasuno high school in the Miyagi prefecture. His encounter with Kageyama and other characters, here on out, helps him grow into a fine volleyball player.

After graduating from high school, Hinata decides to leave for Brazil. He wanted to train in a foreign country, famous for Beach Volleyball. His life there was fun and stressful in its own ways. Haikyuu!! series is about the volleyball players, who work hard in their own ways and about problems we face daily and still overlook them. A sports anime series, with some life-related lessons in it, who could resist but to love Haikyuu!!?

Below are some awesome gifts for Haikyuu!! fans to gift themselves or their partner, on this Valentine’s Day.

A Haikyuu!! fan and thinking of skipping the most important part, were you? Nevertheless, we bring you to the most worshipped Haikyuu!!-related gift, that even Haikyuu!! characters cannot skip. Well, without the ball, the game volleyball would just be a name. Mikasa’s and Molten’s volleyball are famous amongst Haikyuu!! fans, are they not? You wouldn’t mind keeping this ball by yourself, will you? Check out this volleyball at Amazon.

Reading a book would make some sleepy. Counting me in, books without pictures can sometimes be boring as hell. But manga, manhwa, and comics are different. They have pictures, at least. Having said that, don’t you ever want to at least own a volume of your favorite anime series? A paperback is much needed on an otaku’s shelves. Then, what are you waiting for? Check this paperback of Haikyuu!! Volume 45. You wouldn’t regret to at least have the last volume of, Haruichi’s Haikyuu!! at Amazon.

Who doesn’t have one of their favorite person, character, or any series’ poster in their room? Every one of us has something at our disposable to keep ourselves reminded of something precious. And keeping things related to your childhood memories is the best among all, isn’t it? If you are a Haikyuu!! fan, then you would want to own at least one poster, right? Thinking of buying one? Then check out in Epic Stuff.

Small things always come in handy, be it your earphone or AirPods. And keeping them safe is what we intend to do. Airpods have become quite popular, and losing them too. So why don’t we try to keep them safe and also in standard? Why don’t you try keeping your AirPods in a place where you can always keep a smile on check on your bad days, as well? Take a look at these AirPod cases on Anime Dagger, and I bet you would want to carry them everywhere.

If you want to buy things together and not one by one, then here’s a gift set for you that includes all. As sometimes fans go overboard and end up buying things from overseas instead, this is your chance. Not that it’s a bad thing, but keeping that in mind, here’s a gift set for all those Haikyuu!! fans that would want to buy things from abroad. Here’s a gift set including 1 Haikyuu Drawstring Bag Backpack, 50 Haikyuu Laptop Stickers, 1 Bracelet, 1 Face Mask, 1 Phone Holder, 4 Button Pins, 2 Keychain, and 1 Lanyard. All are available on Ubuy.

Also Read: 5 Facts about Kageyama Tobio from Haikyuu Anime and Manga That You Need to Know

If you want not much, but some, then check this pack of stickers on Amazon. Wearing those badges or having them on any of your belongings would make you feel all tingly, thinking about your favorite characters and how they are with you all the time.

Think of gifting it to your partner, who’s crazy about printed coffee mugs. Think what would happen if they were real Haikyuu!! fans? Wouldn’t they like you more? Or, how would you feel when you are stressed out, and your mom gives you a cup of milk/coffee, and you see Hinata cheering you up? Already awake from your imagination? Now get back to your senses and make it happen in real-time. Check out this Hinata mug on Amazon.

Winters are harsh. We would like it if there’s something to make our body and mind warm. How about hoodies? Be it men or women, hoodies can be worn by anyone. Don’t brood over the ‘Men’s Hoodies’ part because that really doesn’t matter when it comes to buying your favorite things. Instead, including me, there are many who considers wearing clothes made for men. Then do not hesitate and give this awesome hoodie a look on MENX. 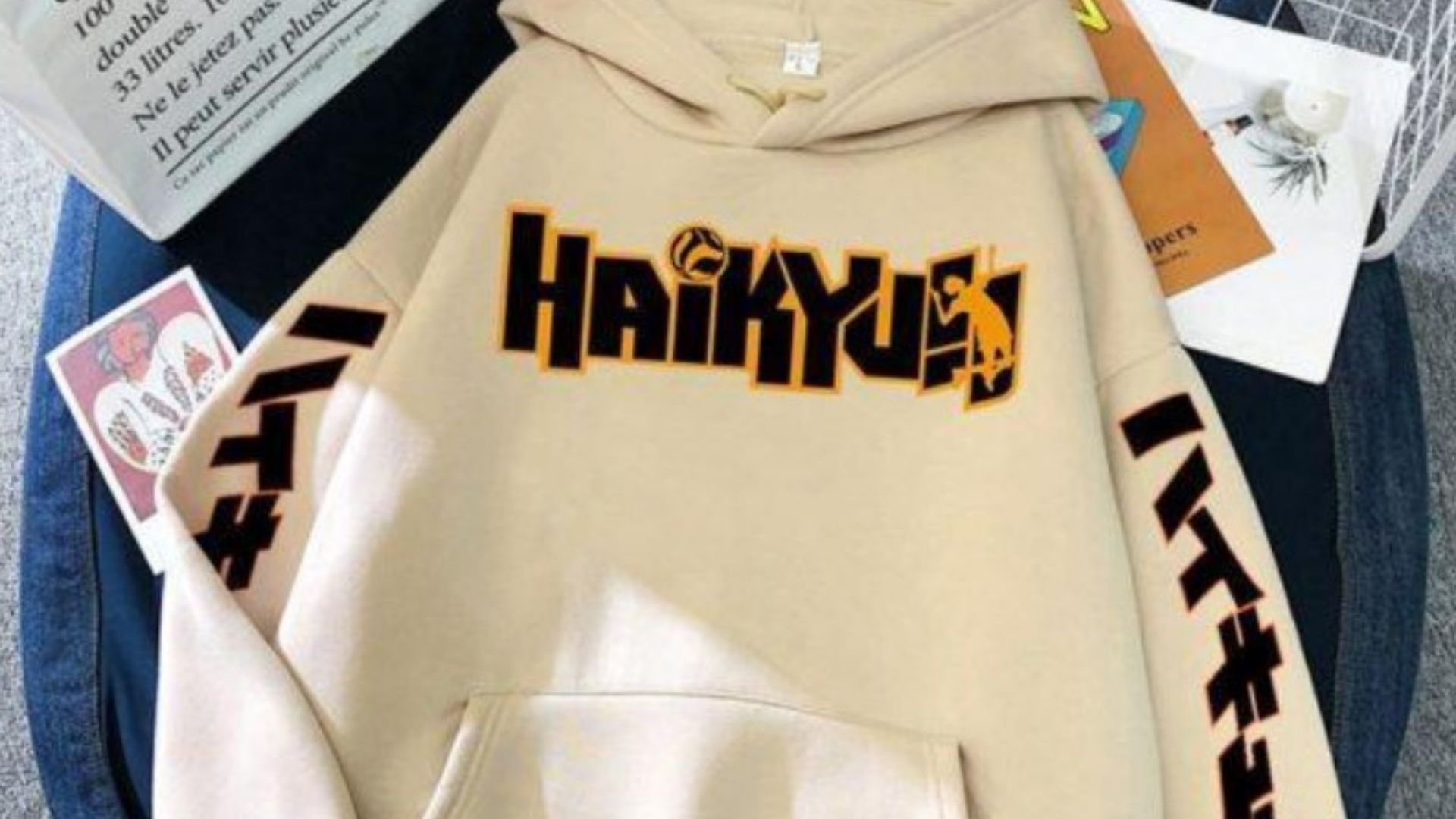 Biases play a huge role while buying things, don’t they? Fans with Hinata as their bias, including me, do consider checking this jersey out on Comic Sense. Nothing beats being able to wear the same clothes, here jersey, like your favorite character.

Hinata’s High School Jersey sells more than his current volleyball team’s one. Why? The reason is simple. His way to the MSBN team was only possible when he joined his high school volleyball team, Karasuno High. You would want yourself to be reminded of your first step after coming a long way, wouldn’t you?

Also Read: In Which Episode Does Hinata Receive the Ball in Haikyuu!!