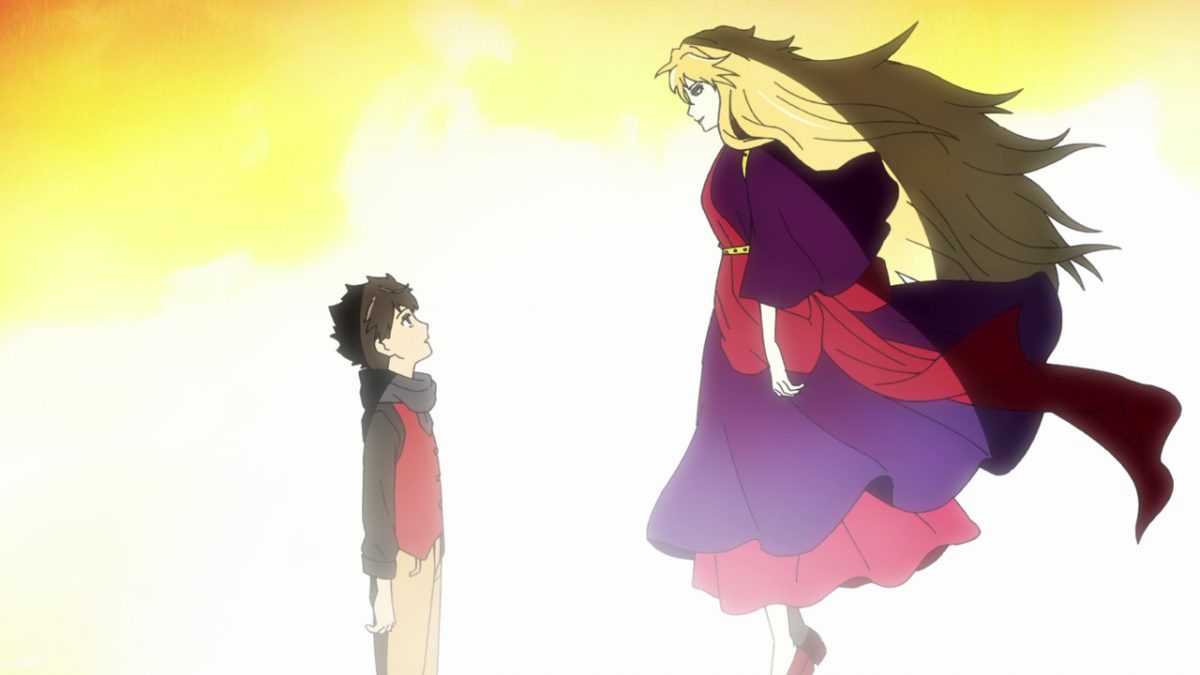 Tower of God is a popular action anime with unique art and animation that will not fail you. It features some very fantastic music as well as a magical setting that makes a lasting effect on its fans. Many viewers responded positively to Tower of God. Despite a few unfavorable reviews, the anime went on to become one of the most popular anime adaptations of a manhwa. Tower of God is one of SIU’s best manhwa series. He is a Korean artist, and as you might expect, the plot focuses on a guy named Twenty-Fifth-Bam following his childhood friend Rachel who wants to climb all the way to the top of the mystery tower.

The first season of the anime included 13 episodes and aired from April 1 to June 24, 2020. Twenty-Fifth- Bam is the main protagonist of the anime who was never exposed to society or the world. He never really engaged with others. All he cared about was Rachel, who became so precious to him that he could not really think of anything at all. All he wanted to do was live with her, and all she wanted to do was climb that strange tower. We’ll discuss some of the greatest aspects of the anime in this post, and as thrilling as that sounds, learning more about it will be much more interesting, so keep reading.

1. The Art Style Of The Anime

The visual style of this anime is fairly unique. It differs significantly from that of other webtoons. As we all know, the anime is serious and profound, and when compared to other series, it does not employ CG animation but instead concentrates on a monochrome color palette that makes it stand out. The anime’s animation and soundtrack are fantastic, capturing the attention of viewers and adding to the anime’s attractiveness. Not only does a good plot capture people’s interest and enthusiasm, but so does the art style. 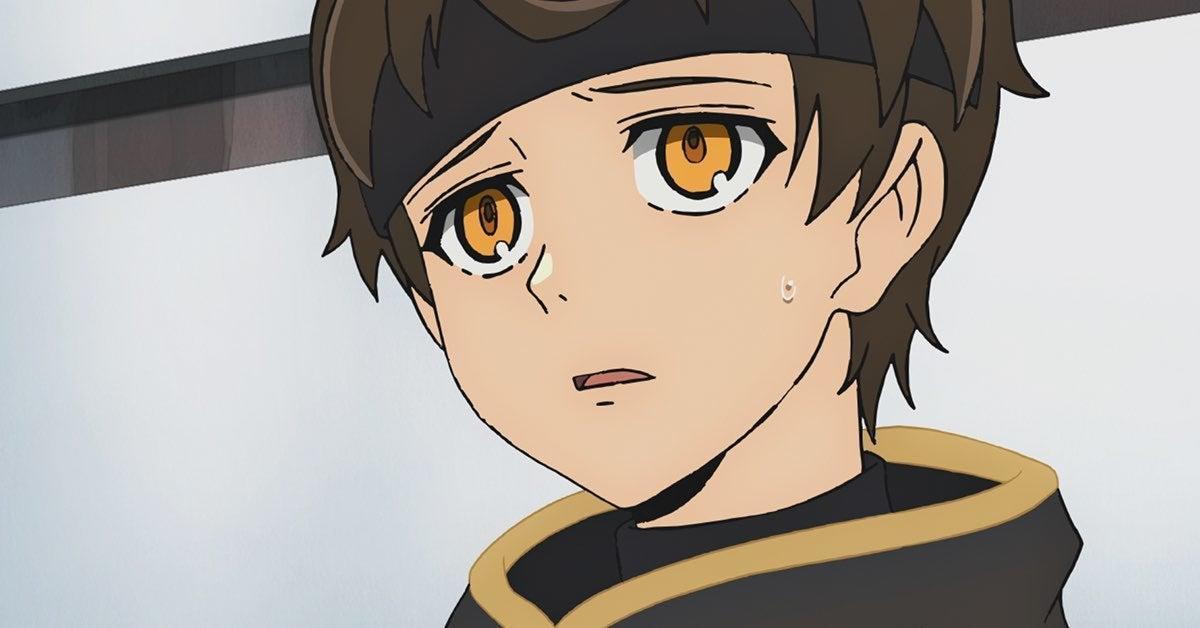 2. Roots Of The Webtoon

Tower of God is a well-known manhwa that was published as a webtoon. Since it is shorter than manga chapters, it can be read in a short amount of time. However, starting June 2010, the webtoon has been serialized on Naver Corporation’s webtoon platform Naver Webtoon, with separate chapters compiled and released by Young Com into eight volumes as of July 2021. In July 2014, WEBTOON released official English translations for Tower of God, making it one of the first webtoons to do so. Young Com published its very first second compiled volumes on the same day, November 12, 2019.

This is not just about the narrative or the animation of the series. The character design is also distinctive and intriguing. It stands out and immediately draws the attention of the people. Masashi Kudo and Miho Tanino did wonders, and Kevin Penkin composed the amazing soundtrack. They didn’t introduce the uninteresting recurring characters, instead of using stylish protagonists from several various species, which includes Rak too, the crocodile-like warrior. As fun as it sounds, it genuinely looks really good in the anime, and believe me, you won’t be disappointed. 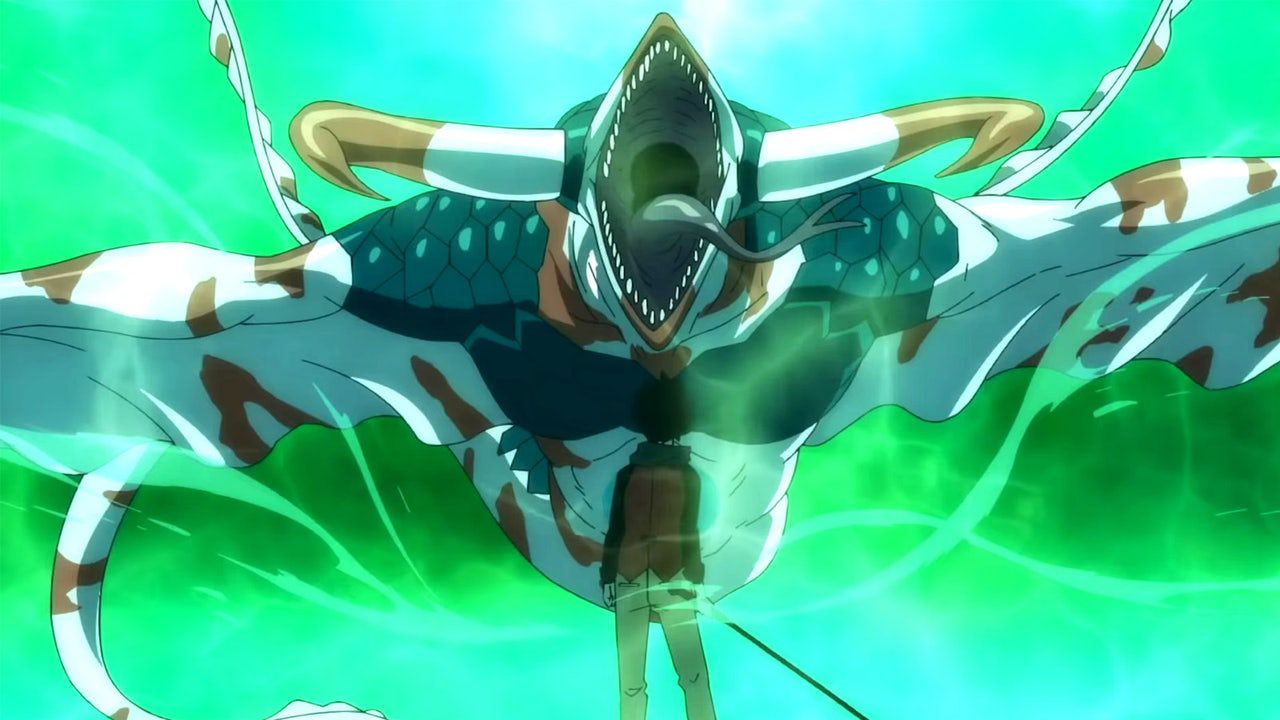 Baam in Tower Of God.

4. The Main Character Is Confused And Naive

The main protagonist of the anime Baam is not only interesting but also entertaining to watch. He appears to be lost and clueless throughout the anime, and all he seems to care about is his childhood friend Rachel, who was apparently nice to him, and all she wanted to do was climb up the mysterious tower, which he was totally unaware of. He’s not only out of the ordinary in the anime, but he’s also afraid of facing any problems that come his way. Prior to completing Headon’s test, he was declared capable of ascending the Tower. Nevertheless, Baam must first pass the Testing Floors, which are designed to filter out anybody who may be damaging to the Tower, and in the meantime, he assembles a formidable squad. 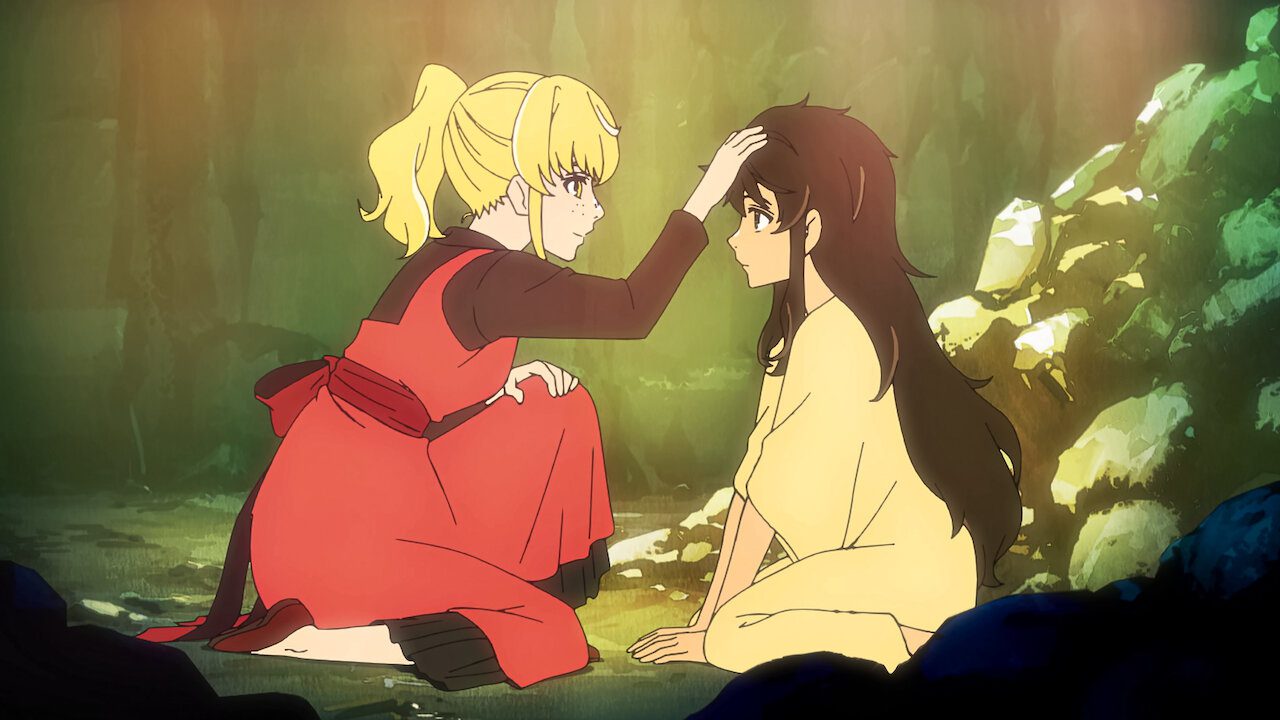 Every character in the story has a compelling backstory and distinct appearance that aids in their ascent of the tower. Because SIU attempted to incorporate several more major themes and styles, each character in Tower of God is unique. The characters in Tower of God are remarkably diversified. They are of all ethnicities and appearances, and it should be emphasized that aging has no bearing on an individual’s look or behavior. Not only the protagonists but also the supporting characters such as Rak Wraithraiser, Parakewl, Novick, Kang Horyang, Sanchez, and others, play an important role in the anime. 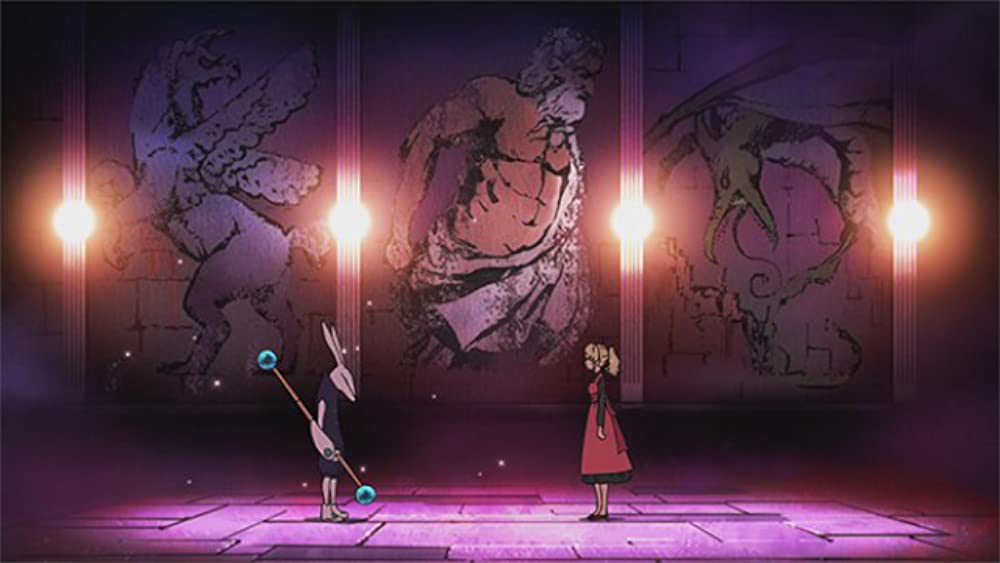 Rachel wanting to climb the Tower.

6. The Rules Of The Tower

There are various regulations that regulate how individuals may operate within the Tower, as well as how Tests are administered and also how examiners behave. Certain regulations can be overridden by irregulars. A few of the regulations were as follows: You can’t travel anyplace off bounds or further besides your own level without an Administrator, and only one being can live in one body.

Without a contract, it is impossible to manage a particular quantity of Shinsu. It is uncertain whether “selected ones” were necessary to make a Shinsu contract in ancient times. We can presume they could manipulate Shinsu based on the Tower’s basic “physics.” Zahard was the first one to sign a contract in the Tower. It’s unclear what kind of agreement Zahard had with the Administrator.

People have been captivated with Japanese culture since they first began watching anime or reading manga, and this might bring a minor alteration to their regular taste. Many anime fans will be surprised to learn that this isn’t a Japanese series based on manga, but rather a webtoon based on a South Korean manhwa. Telecom Animation Film turned the web manhwa into an anime television series throughout Japan, which premiered on Naver Series On in South Korea before being televised in Japan. This is one of the anime series’ distinguishing features. Many people are familiar with Japanese culture thanks to anime, but manhwa is something new and exciting for them. 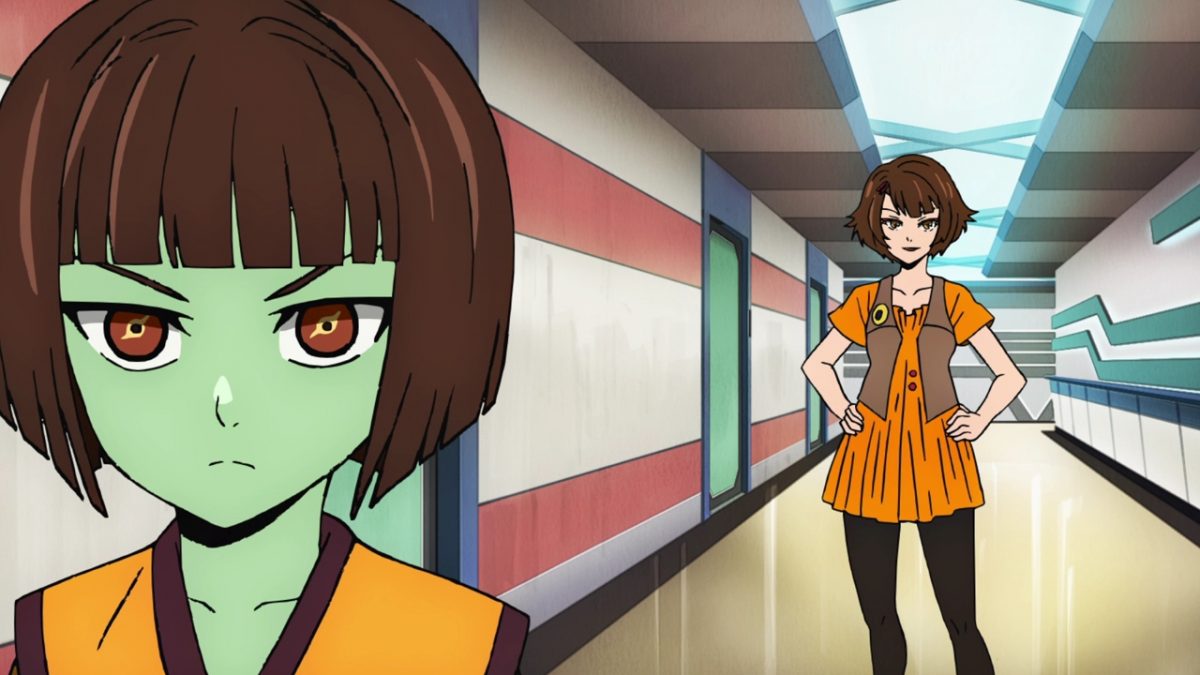 The more interesting aspect of this anime is that you can play the game and purchase amusing merchandise. Tower of God products, such as figurines, are available on Naver. Naver sold limited edition products worth 30,000 South Korean Won at the public release of the Tower of God role-playing game. In 2013, Naver published a mobile role-playing game based on Sunrise’s Tower of God on Google Play. Shortly after its first release, the game pulled about 120 million players.

The Tower of God role-playing game was developed another two years after its first release, and it was finally released to the public in 2016. Around February 2016, this game was placed in the top five most popular games on Google Play in South Korea. In 2019, Hero Cantare, a cross-webtoon RPG game including Tower of God and other famous games like The God of High School and Hardcore Leveling Warrior, were published.

This anime series is easily accessible to all fans, making it less of a hassle to find a place to view it. Under the banner ‘Crunchyroll Originals,’ Crunchyroll aired the Japanese airing of the series as a co-production. The series has already been licensed for home video release in North America by Viz Media, and it will be published on Blu-ray on January 18, 2022. Tower of God is by far the most successful series just on the original Korean platform, thanks to a paid preview mechanism that allows viewers to purchase up to three chapters in advance. Since its release in 2010, it has constantly topped the popularity charts. As a result, you may effortlessly access its manhwa and anime without any hassle. 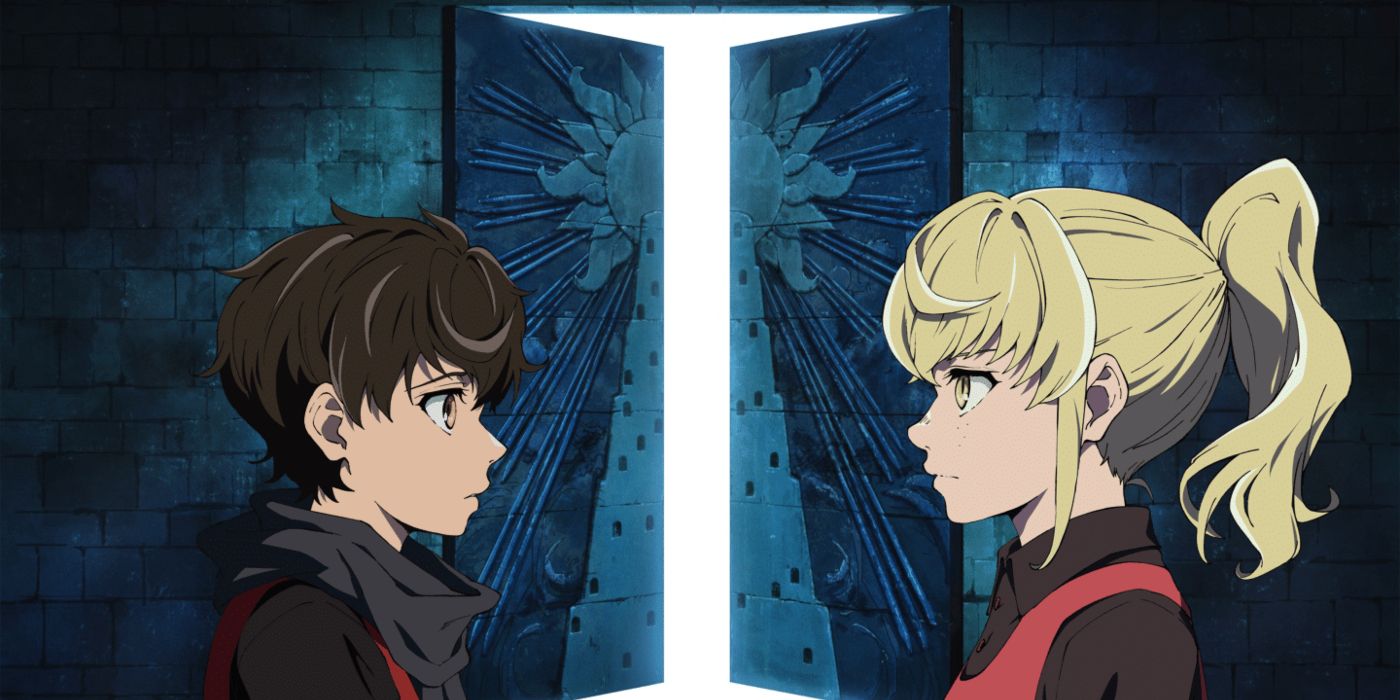 Also Read: 10 Anime Similar To Tower of God That You Should Watch